Googly-Eyed Cuttlefish Looks Like a Toy Dropped in the Ocean 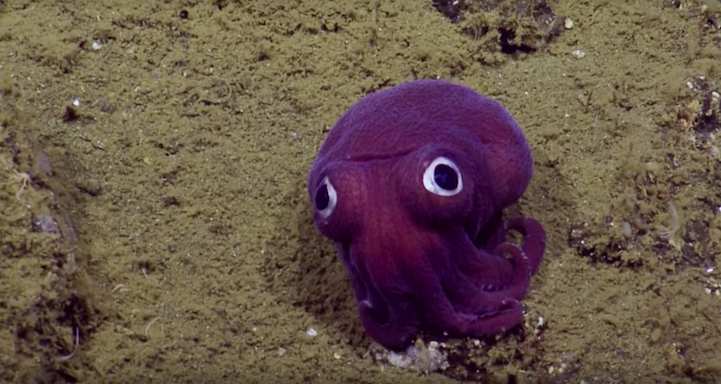 Some animals are so strangely cute that they seem almost unreal. This bizarre googly-eyed squid looks like an inanimate doll, not even flinching when the camera approaches it. But, as scientists exploring off the coast of California recently confirmed, it is alive, although they could hardly believe it themselves. “It looks so fake,” one of them chuckled. “Like some little kid dropped their toy.”

E/V Nautilus, the team who spotted the creature, later discovered it’s called a Rossia pacifica or stubby squid. Although it looks like a combination of an octopus and squid, it’s actually more closely related to a cuttlefish. “This species spends life on the seafloor,” they write on YouTube, “activating a sticky mucus jacket and burrowing into the sediment to camouflage, leaving their eyes poking out to spot prey like shrimp and small fish.”

The Rossia pacifica is found in the Northern Pacific ocean from Japan to Southern California. They spend their time well below the water’s surface, primarily at depths of 300 meters (984 feet), but they’ve been occasionally spotted up to 1,300 meters (4,260 feet).

Even from afar, the cartoonish eyes are visible: 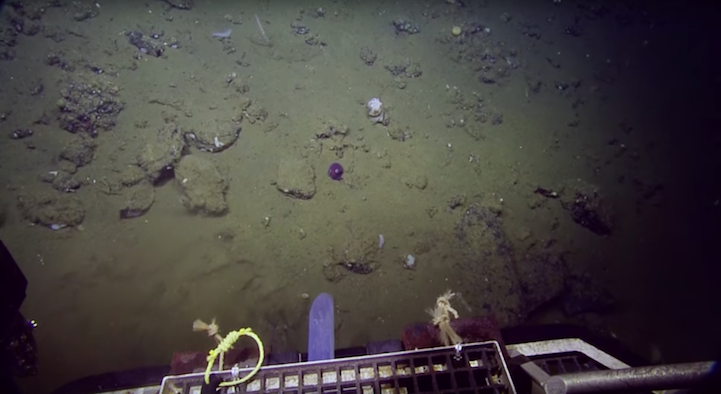 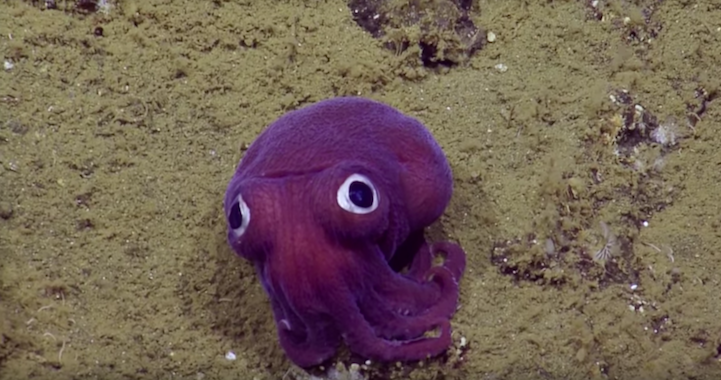