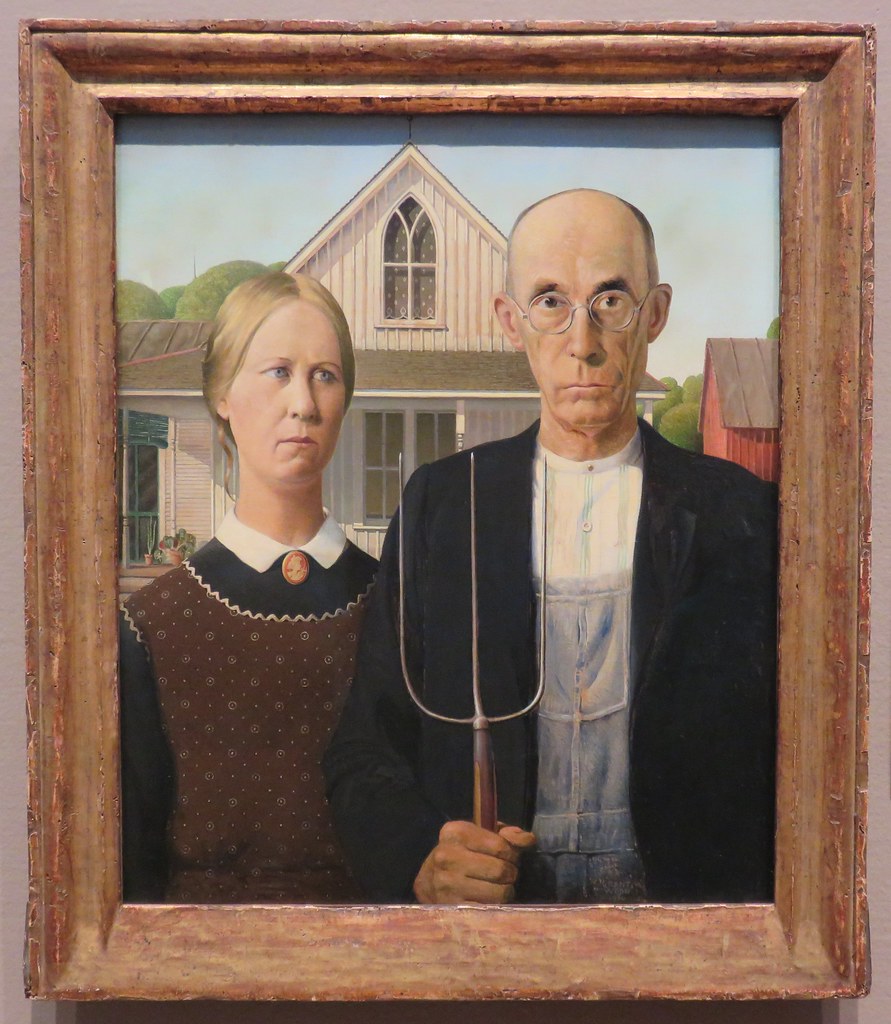 In the early to mid-20th century, many American artists flocked to the country's major metropolises. From the California Impressionists who set up camp in the state's coastal cities to the Abstract Expressionists whose home base was in bustling New York City, these modernists found success in these urban settings. In the meantime, however, Iowa-born painter Grant Wood was making a name for himself in the Midwest, a region that would inspire his most celebrated painting: American Gothic.

Featuring a stoic portrait of a farmer and his daughter, this painting offers a fascinating glimpse into life in the rural United States. While many have misconstrued its meaning and misinterpreted its subject matter since its debut in 1930, this depiction of small town life remains one of art history's biggest icons—and it's all thanks to a tiny white house.

Who was Grant Wood? 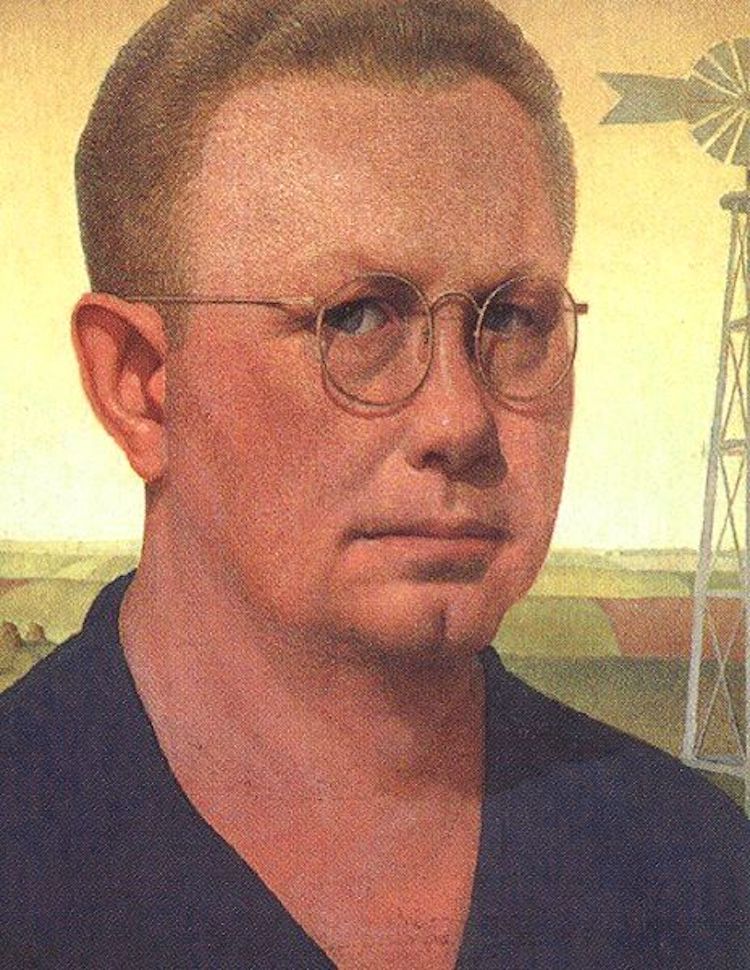 Before diving into the history of American Gothic, it's important to understand the person behind the painting.

Grant Wood was born in Anamosa, Iowa, in 1891. Though he spent much of his childhood in this rural town, Wood moved many times during his formative years. Following the death of his father when he just ten years old, his family moved to Cedar Rapids. Wood lived here until his late teen years, when he relocated to Minneapolis to enroll in the Handicraft Guild, a school that played a prominent role in the proliferation of the Arts and Crafts Movement. After one year, he returned to Iowa, and, in 1913, he moved to Illinois to study at the School of the Art Institute of Chicago.

In addition to migrating around the Midwest, Wood frequently traveled abroad. Between 1922 and 1928, he visited Europe four times, where he developed a devoted appreciation for the work of Jan van Eyck. A pioneer of the Northern Renaissance, Van Eyck is renowned for his detailed paintings rendered in a realistic style. Though this artistic approach would greatly influence Wood, he did not share Van Eyck's interest in biblical motifs or spiritual symbolism. Instead, he found inspiration in daily life, which is central to American Gothic.

“Technique does not constitute art,” he said. “Nor is it a vague, fuzzy romantic quality known as ‘beauty,’ remote from the realities of everyday life. It is the depth and intensity of an artist’s experience that are the first importance in art.” 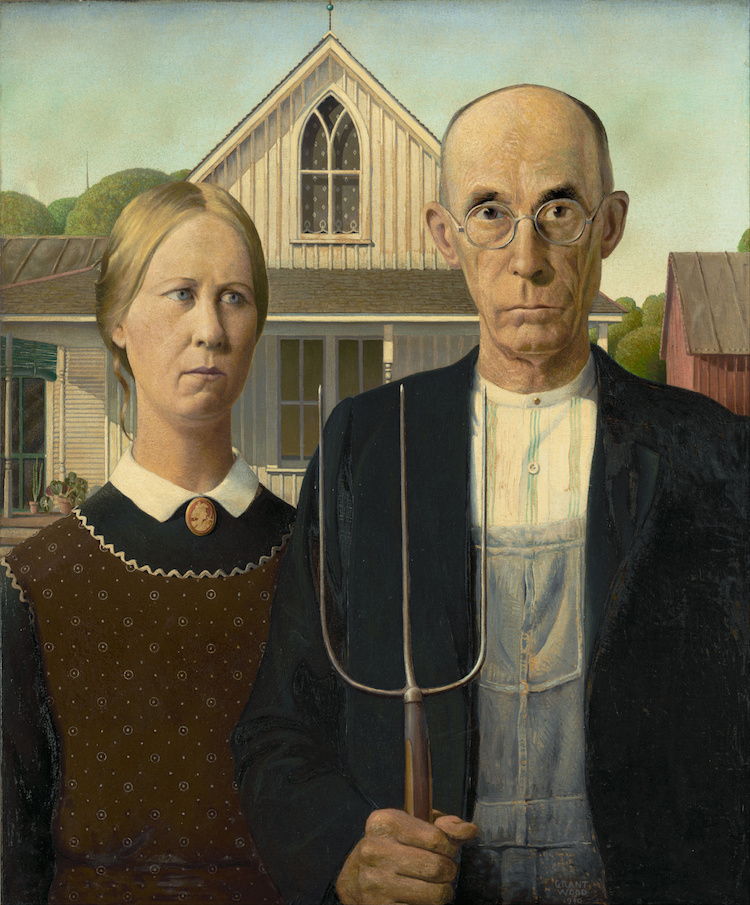 In the late summer of 1930, Wood was back in Iowa. While traveling around the tiny town of Eldon, he discovered a “very paintable house.” Known as the Dibble House, this humble abode was built in 1881 in a Gothic Revival style called Carpenter Gothic. Architects working in this style sought to translate the forms and motifs found in medieval stone buildings as wooden homes. The Dibble House, for example, features a steep-pitched roof and two arched windows with intersecting wooden tracery. 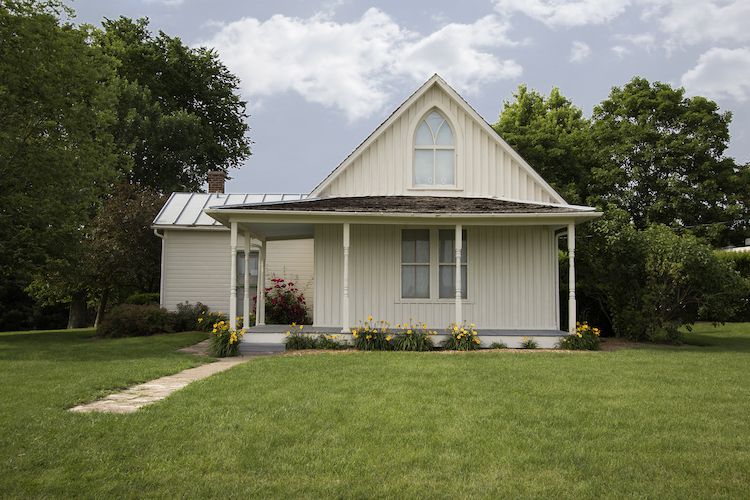 In addition to its Gothic elements, however, Wood was drawn to its characteristically “rural” appearance, typified by its small stature, cream-colored walls, and shingled roof. When he spotted the home, it immediately caught his eye—and sparked his imagination. “I imagined American Gothic people with their faces stretched out long to go with this American Gothic house,” he said. Specifically, he pictured a farmer and his daughter, who—though make-believe—he opted to immortalize through portraiture.

Rather than completely imagine his subjects or seek out sitters for what would become American Gothic, Wood made perfect models out of two people he already knew: his younger sister, Nan Wood Graham, and, unexpectedly, his dentist, Dr. Byron McKeeby. 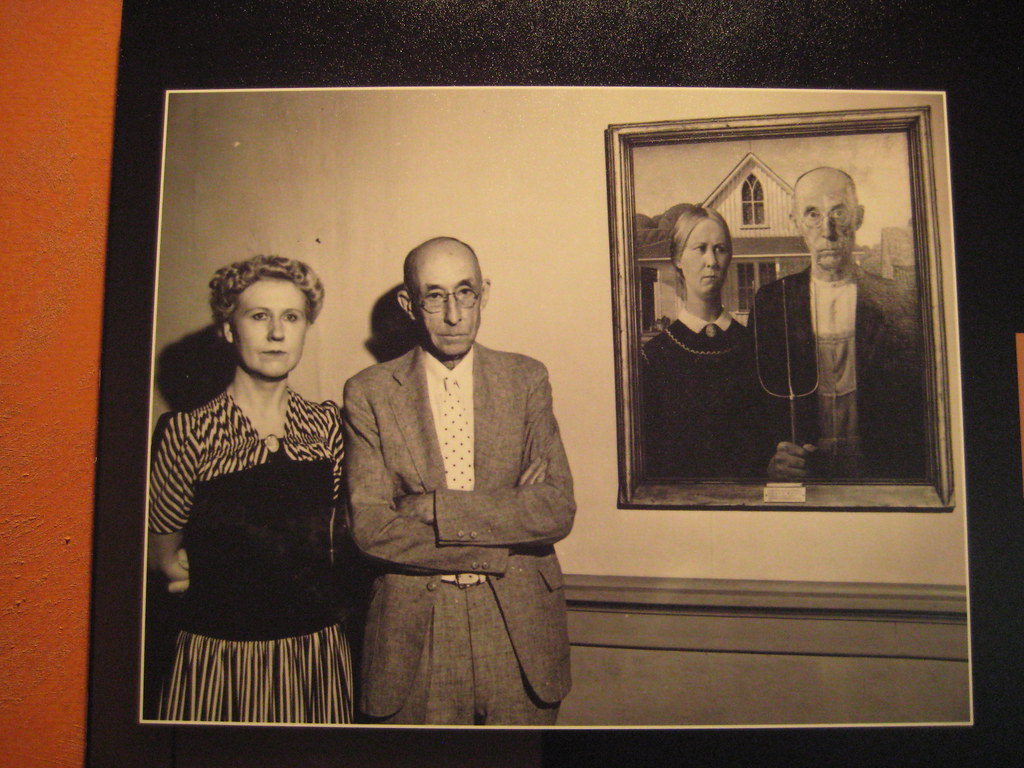 The painting features Wood Graham and McKeeby positioned before the home. To aptly illustrate “the kind of people [he] fancied should live in that house,” Wood dressed the figures in clothing typical of a farming family. Wood Graham, for example, wears a colonial print apron and has a cameo pendant pinned to her high-collar, while McKeeby wears overalls and carries a pitchfork. He also opted to give the figures stoic expressions—a choice that many Iowans misinterpreted as an attempt to portray them as “pinched, grim-faced, puritanical Bible-thumpers.” Wood, however, stressed his appreciation for his home state and stated that this was not the case.

This is not the only misunderstanding sparked by the portrait. Since the piece's conception, many people have assumed the figures to be husband and wife. Wood, however, intended the pair to represent a father and his daughter—though he always allowed the painting to be open to interpretation. “These particulars, of course, don’t really matter,” he wrote in a letter in 1941. “What does matter is whether or not these faces are true to American life and reveal something about it.”

Still, even with some controversy, the piece met mostly positive reception. In fact, when Wood entered it in a contest at the Art Institute of Chicago, it not only won him a $300 cash prize; it culminated in the painting's permanent place in the museum's collection. 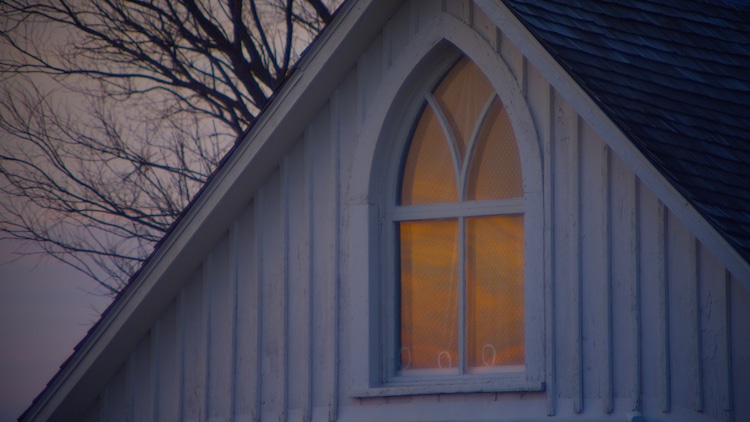 Today, fans of American Gothic can view the painting in the esteemed Art Institute of Chicago, where it has remained for decades. However, those who are truly interested in stepping into Wood's world can actually visit the still-standing Dibble House. Listed on the National Register of Historic Places, the quaint cottage is practically identical to its painted likeness. The only difference? It now has a museum and visitor center, aptly illustrating the extent of the lasting legacy that started with a “very paintable house.”

5 Things to Do in Chicago for Art and Culture Lovers