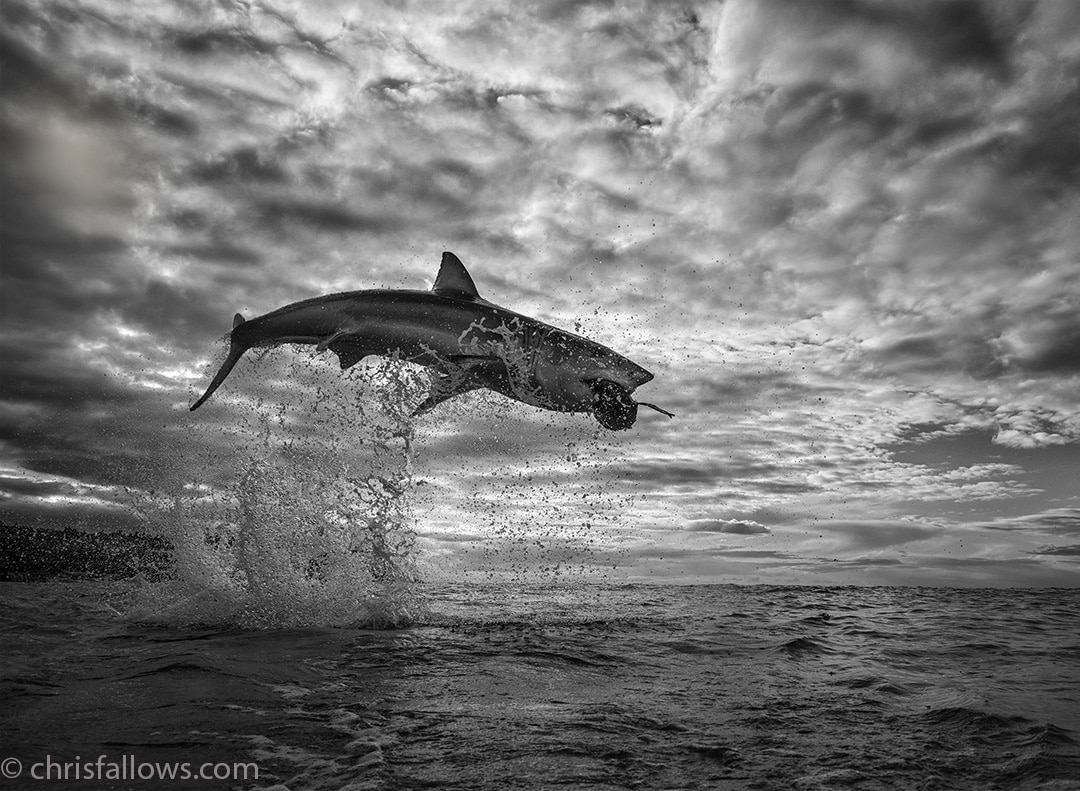 South African wildlife photographer Chris Fallows recently captured the photo of a lifetime thanks to one great white shark. The Pearl is a stunning black and white image, years in the making, of a great white leaping 12 feet above the ocean. And thanks to the attention it's receiving, Fallows is hoping to invest even more in the animal conservation that he is so passionate about.

The story behind The Pearl was featured on the Discovery Channel during Shark Week, in a program called Air Jaws that followed experts as they attempted to photograph the best shark breach. To capture the image, Fallows used his years of expertise as a renowned wildlife photographer and combined that with a few risks that paid off big.

“The groundwork for the image of The Pearl had been laid years before when I tried to get a super low angle of a breaching great white off a sled I was towed on,” Fallows shares. “The problem was that the sled was big, and that distracted the sharks. I needed something smaller; and, so, designed a new tow sled for my gear. The risk is very high, as on the seaward side facing the shark, my camera and lens are completely exposed just inches off the ocean. One big splash or wave and it’s game over.”

The gamble was well worth it when Fallows realized he'd come away with the photo he was after. “I still feel the surge of adrenaline when I think of that magnificent sight of a breaching great white shark where everything came together. Moody clouds and an incredibly athletic shark that jumped 12ft high displaying a classic profile, hard to beat!”

Given its popularity, The Pearl is sure to be included in Fallows' limited edition print range. He often releases collections of 12 different photographs—11 in black and white and one in color. He then donates 10% of the proceeds to WildAid, a non-profit that aims to reduce global consumption of wildlife products and works on conservation projects. In addition, Fallows and his wife Monique use their own funds to purchase land in Africa for habitat restoration and to protect wildlife. 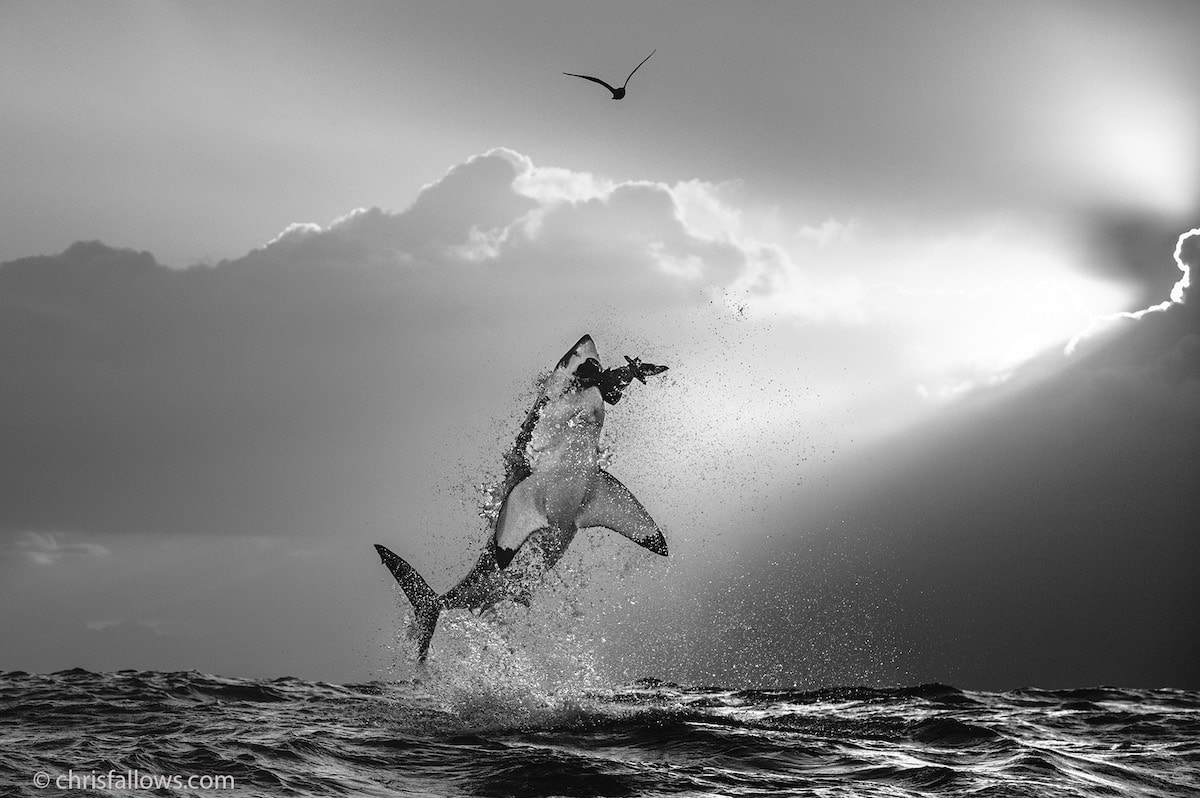 “I still feel the surge of adrenaline when I think of that magnificent sight of a breaching great white shark where everything came together.” 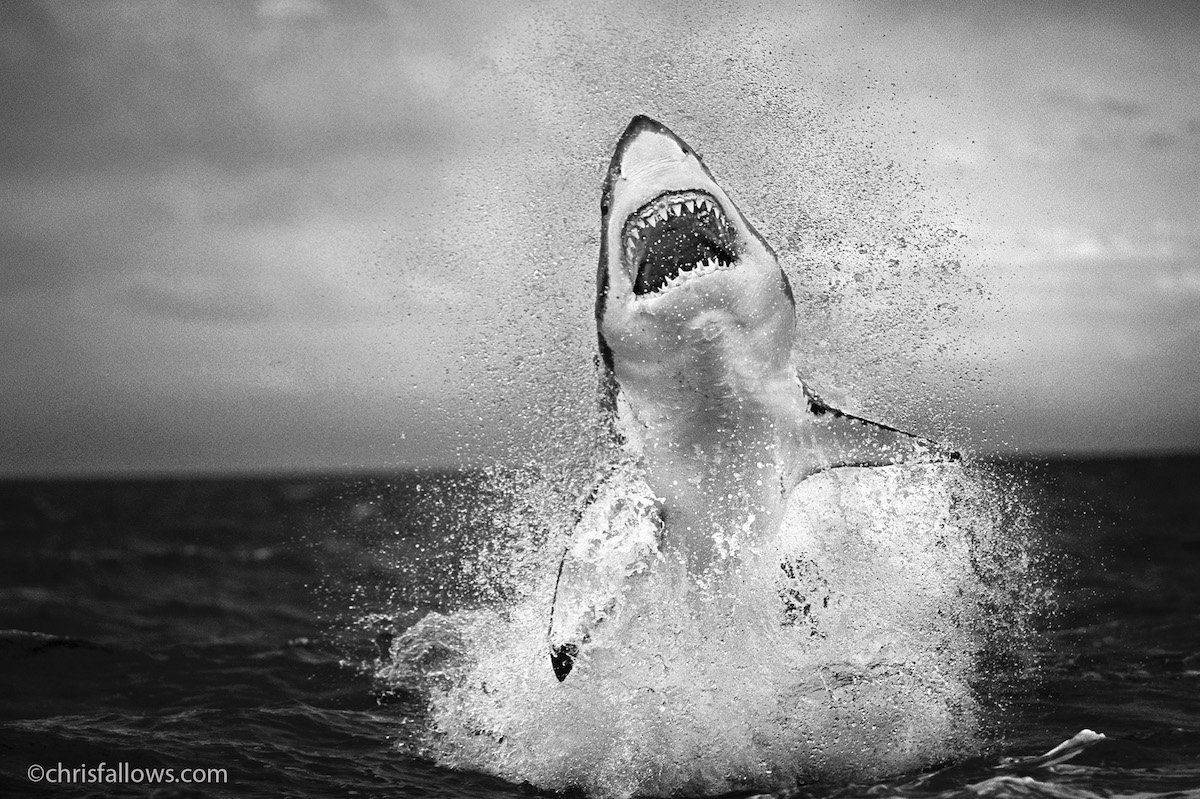 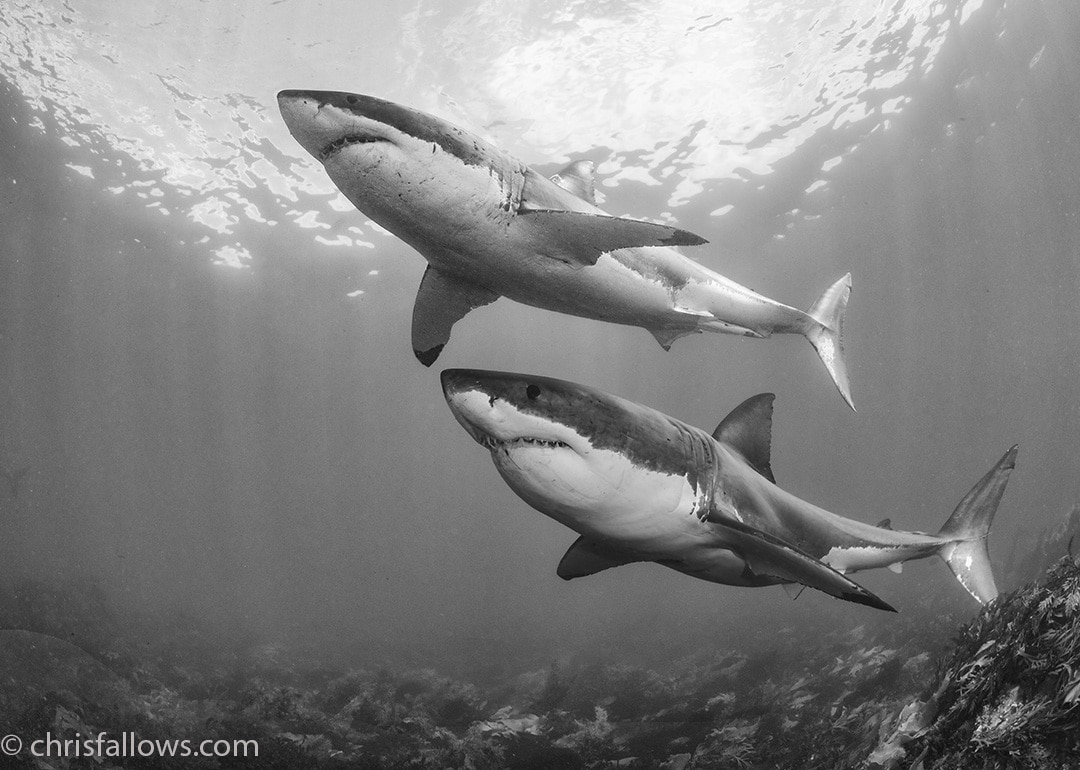 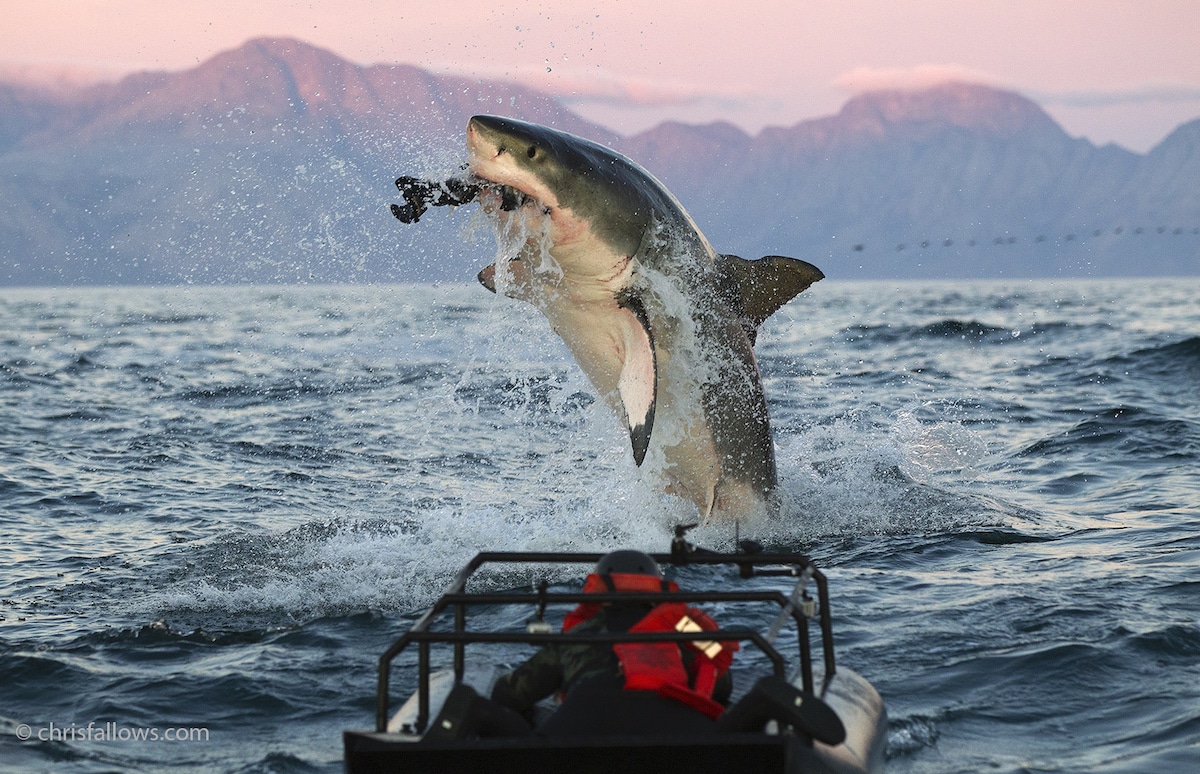 Impressed by these sharks? Share
Like My Modern Met on Facebook
Get Our Weekly Newsletter
Become a
My Modern Met Member
As a member, you'll join us in our effort to support the arts.
Become a Member
Explore member benefits