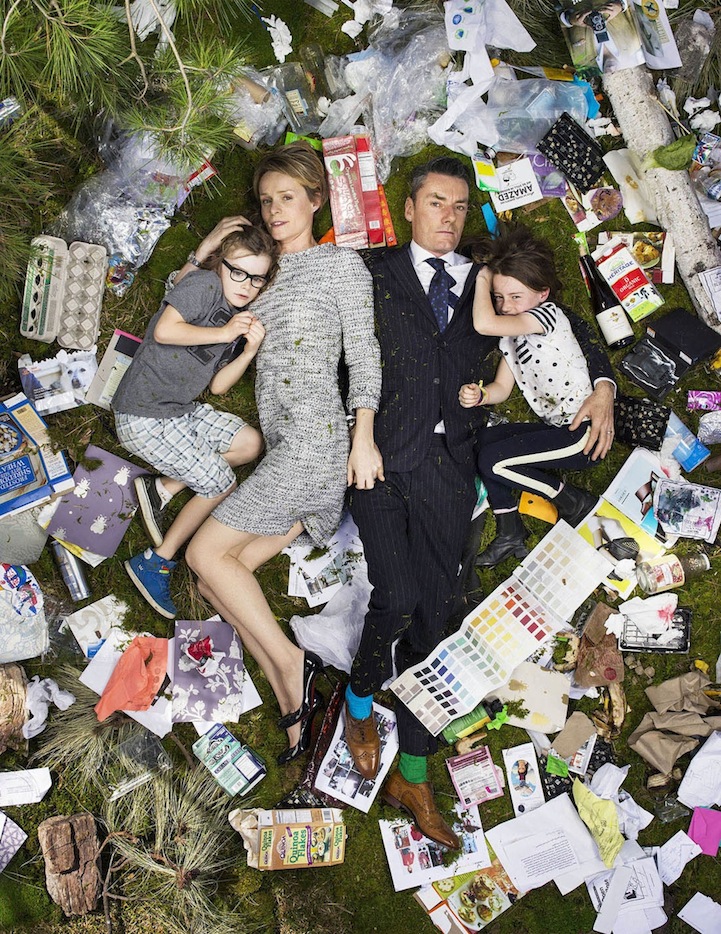 California-based photographer Gregg Segal provides a visual representation of the trash problem in the US with his revealing series 7 Days of Garbage. The photographer invited people from a variety of socioeconomic backgrounds–friends, neighbors, acquaintances, and near-strangers–to come to his backyard with a week's worth of their garbage. Spread out over natural backgrounds like sand, grass, and water, the subjects wallow in the trash they've accumulated over seven days, providing a shocking glimpse of consumption and waste in the US.

While some subjects filtered out the most disgusting garbage in their bags, others let all of the contents be photographed. Takeout boxes, crumpled paper, orange peels, and empty bottles form a bed under the subjects, painting a picture of their different lifestyles in addition to their rubbish. Segal says, “Subjects are photographed surrounded by their trash in a setting that is part nest, part archeological record. We've made our bed and in it we lie.”

With 7 Days of Garbage, Segal hopes to raise awareness of the excess and waste that run rampant in our society. “Obviously, the series is guiding people toward a confrontation with the excess that's part of their lives. I'm hoping they recognize a lot of the garbage they produce is unnecessary,” he says. “It's not necessarily their fault. We're just cogs in a machine and you're not culpable really but at the same time you are because you're not doing anything, you're not making any effort. There are some little steps you can take to lessen the amount of waste you produce.” 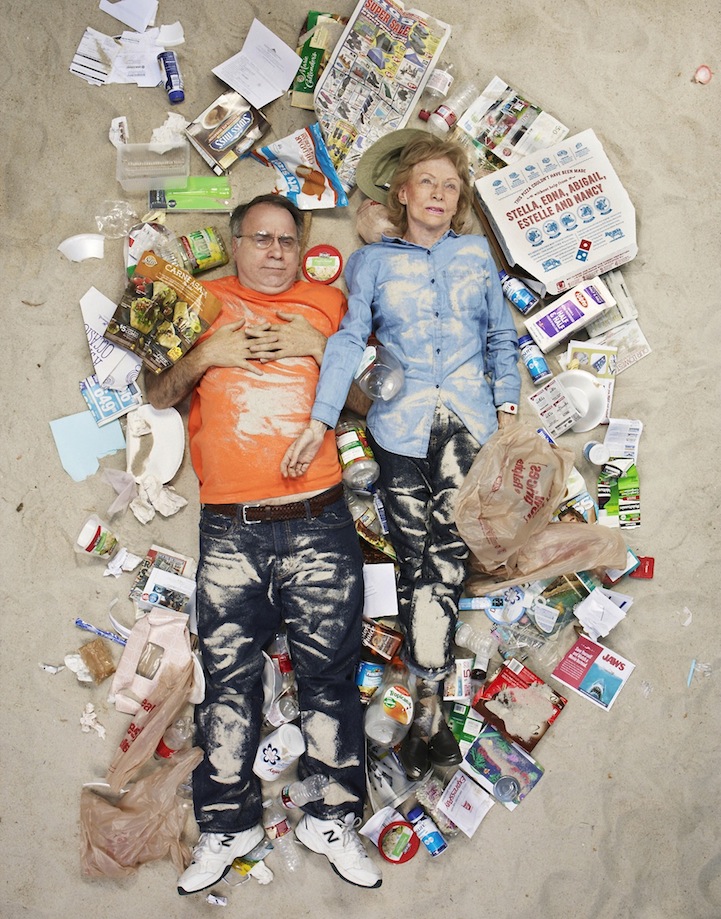 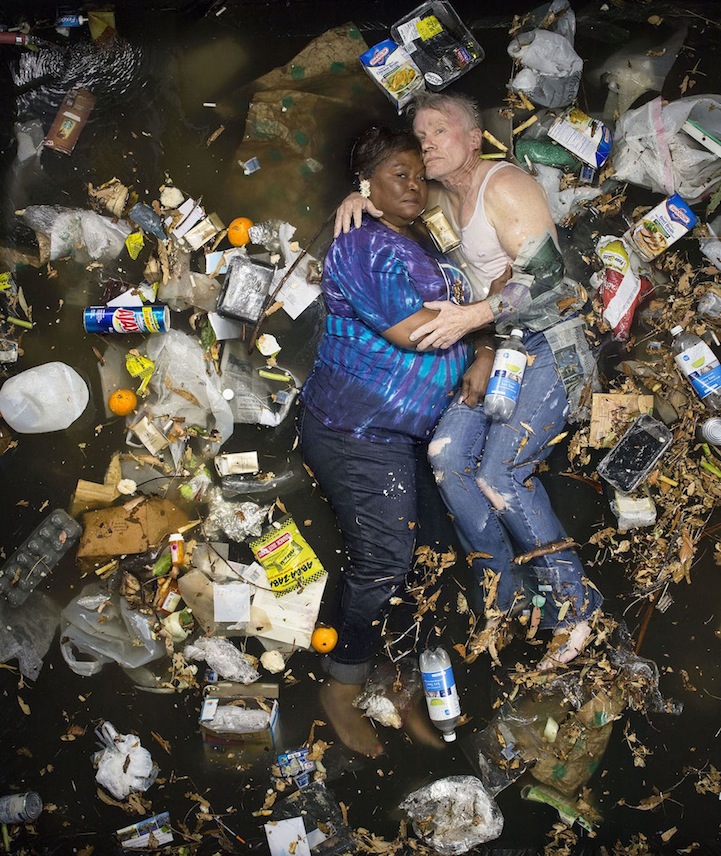 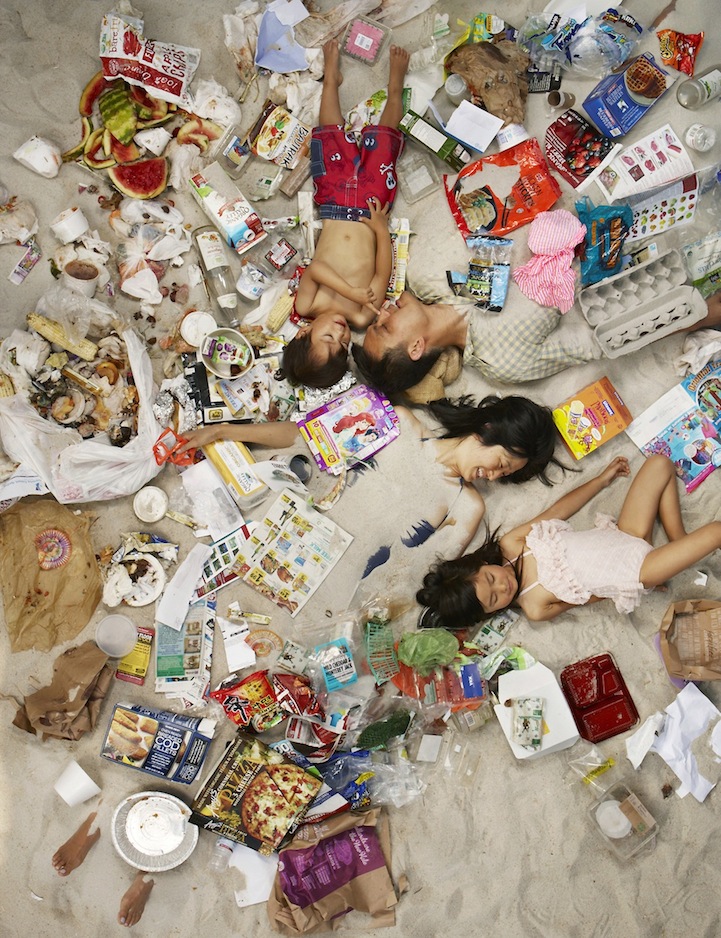 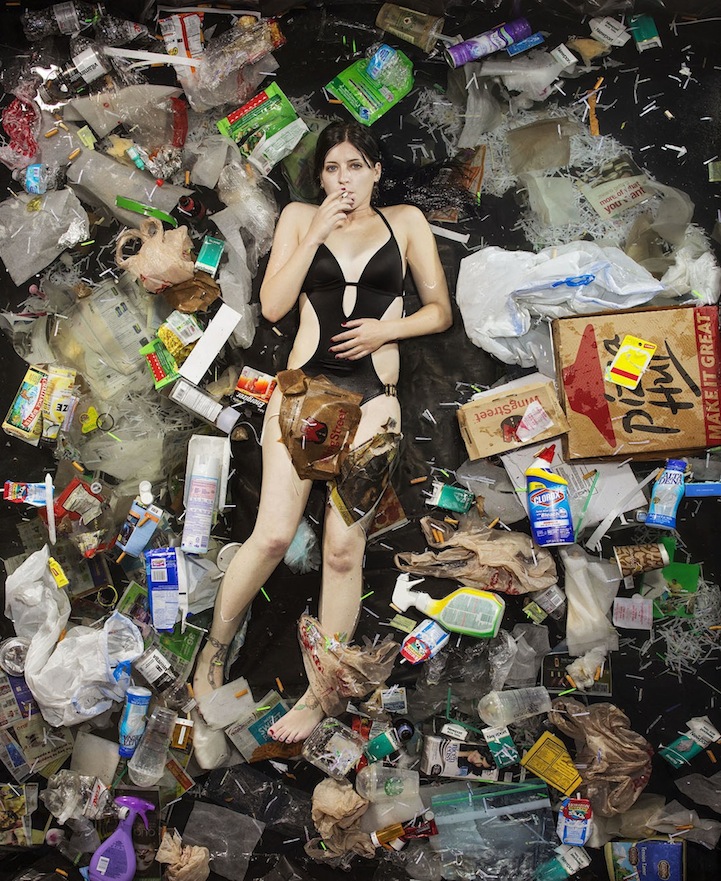 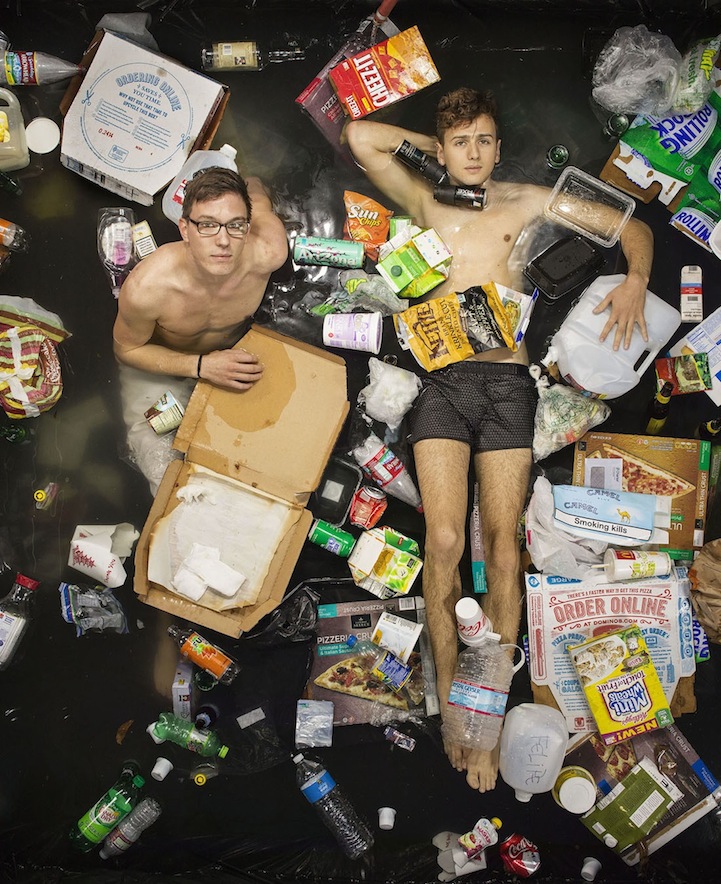 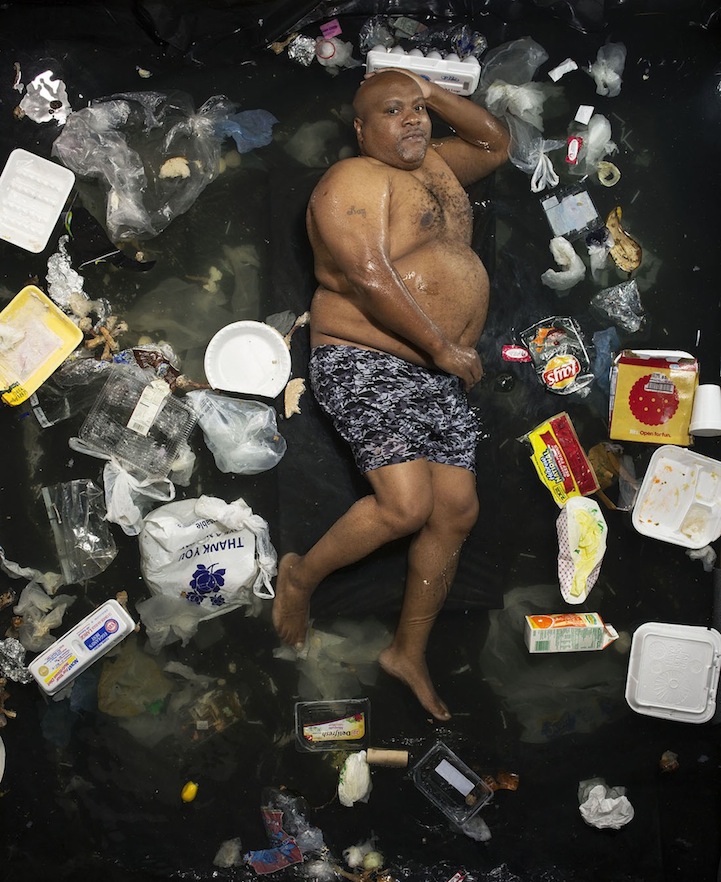 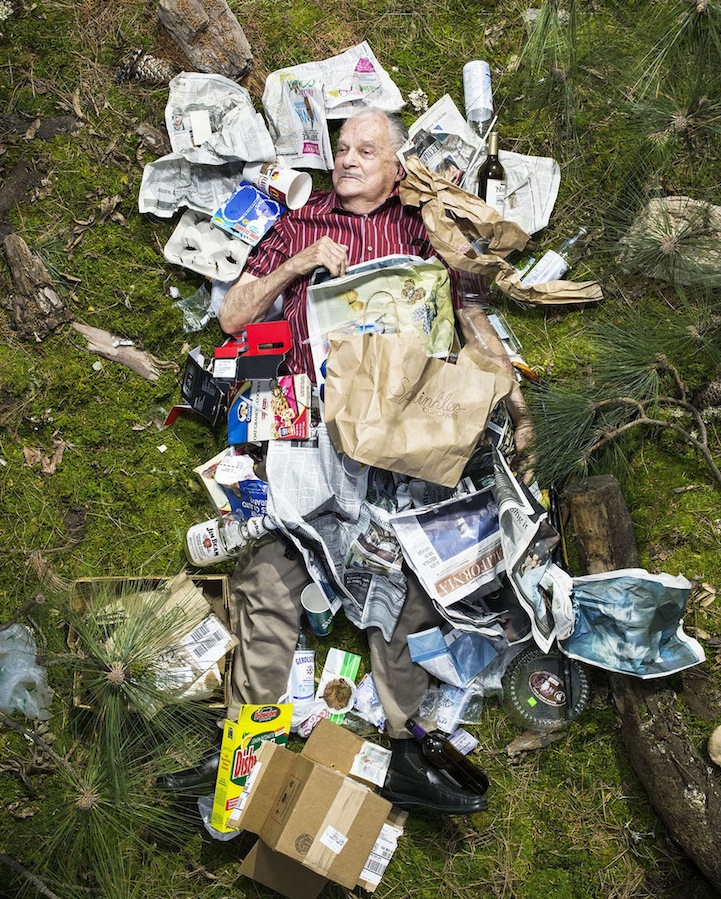 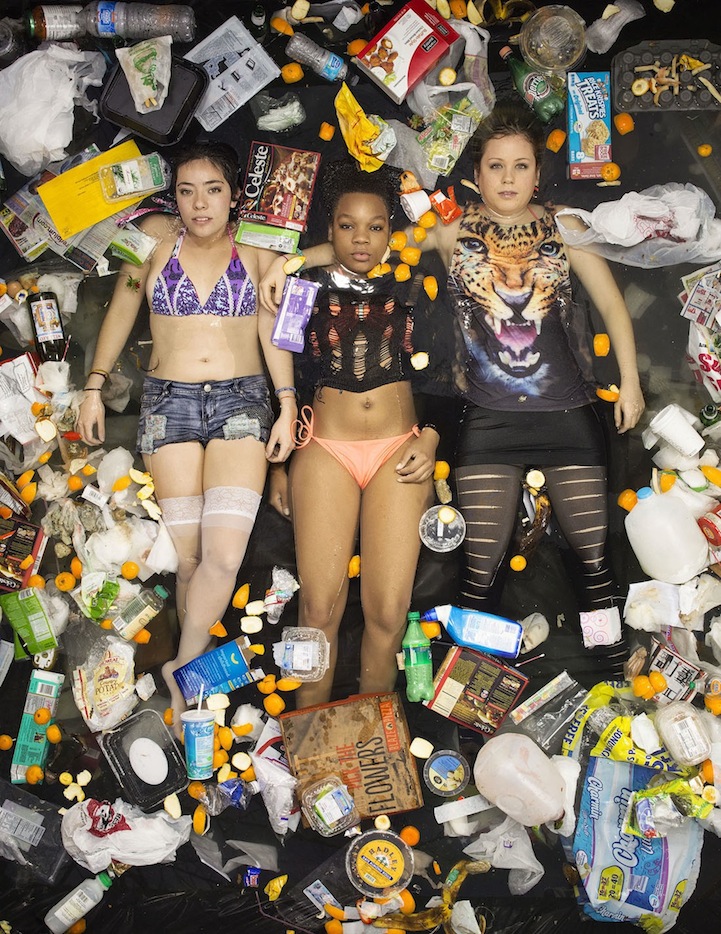 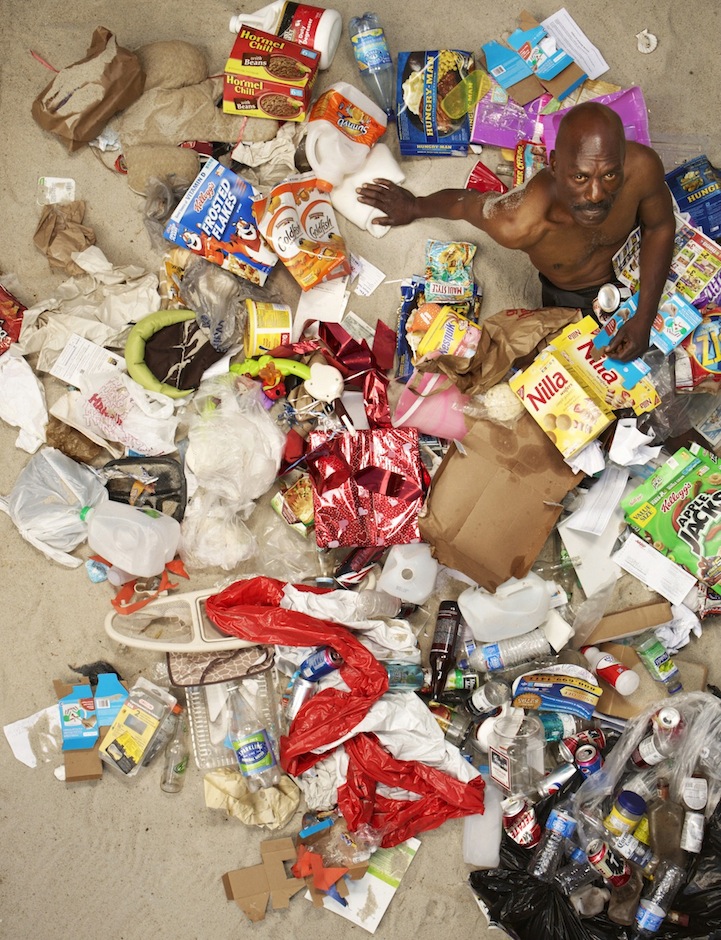 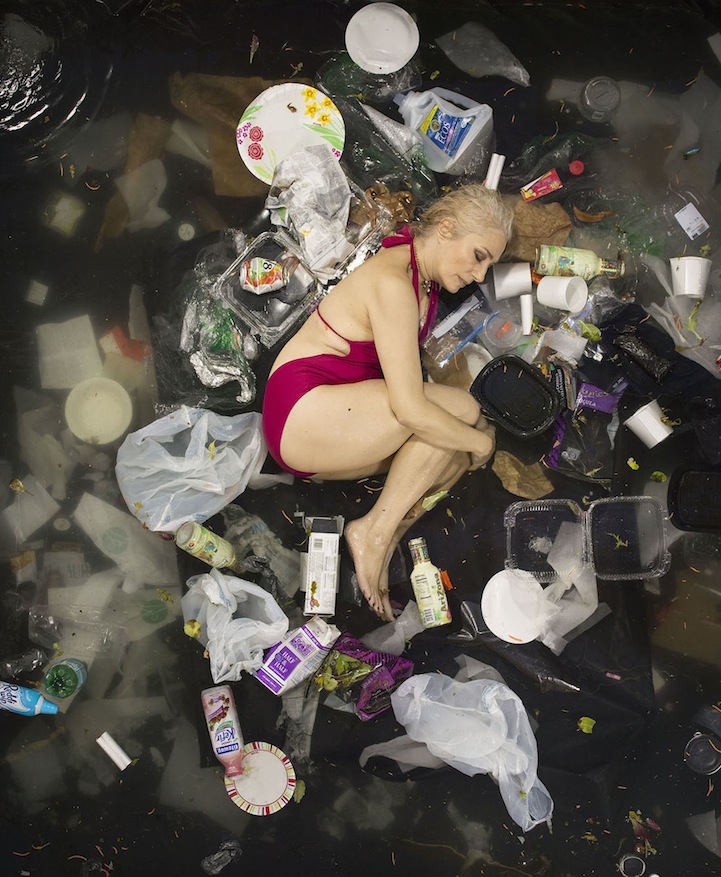 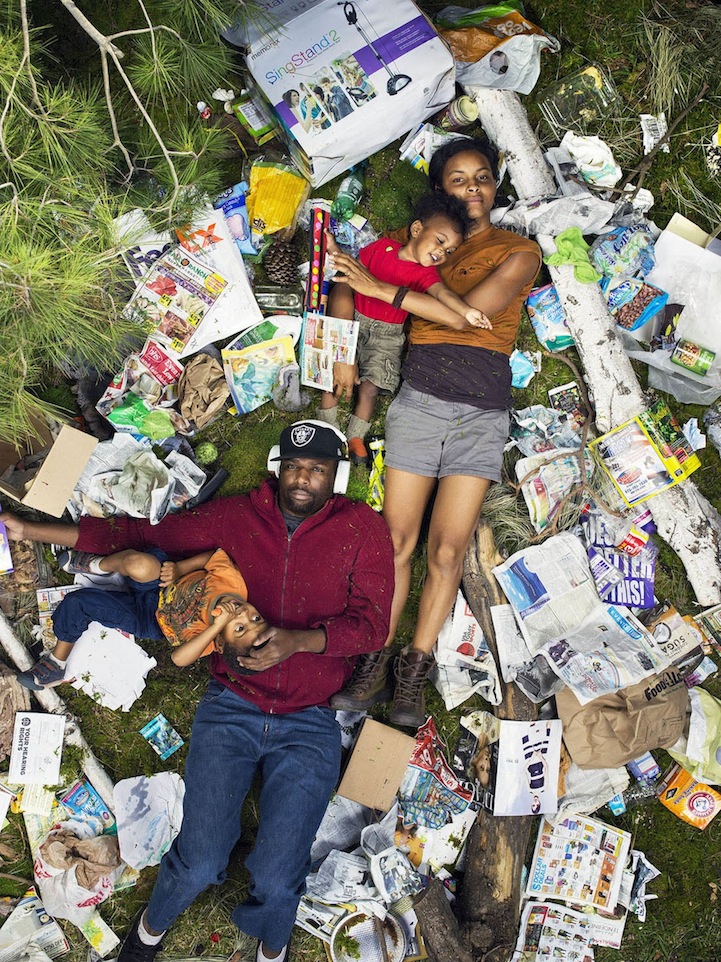