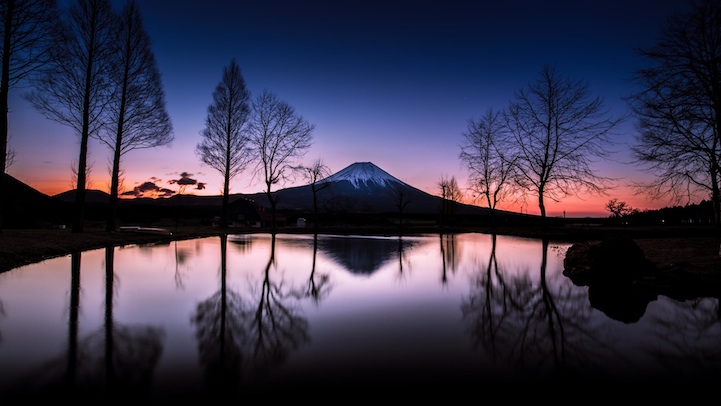 As part of National Geographic's Your Shot photo community, Japanese photographer Hidenobu Suzuki submitted the image above he calls Sleeping Giant. Taken after a heavy rainstorm, the photo shows Mount Fuji looming over Fujinomiya, a city located in the Shizuoka Prefecture of Japan. Impressed by the beautiful colors he writes, “When I took the photos in a breathless silence, I had a strong feeling that the Earth was alive and had a soul.”

Mount Fuji is the highest mountain in Japan at 3,776 meters (12,389 feet) tall. It's famous for its exceptionally symmetrical cone shape. An active volcano, the mountain last erupted about 300 years ago. About sixty miles southwest of Tokyo, it can be seen from that city on a clear day. Mount Fuji is a well-known symbol of Japan and has been featured on My Modern Met several times including most recently here.

The photo above appeared in National Geographic's Your Shot assignment called Embrace the Untamed. Out of 18,000 submitted, it was chosen as one of 32. Here's photojournalist Evelyn Hockstein explaining how she chose the landscapes shots, “The best landscapes were often sweeping, with dramatic light, weather, or terrain. I looked for landscapes that felt untamed, portraying Mother Nature as the wild, awesome force that dwarfs and awes us with her power and beauty.”

After a little searching, we found a few more beautiful shots of Mount Fuji taken by the same photographer. 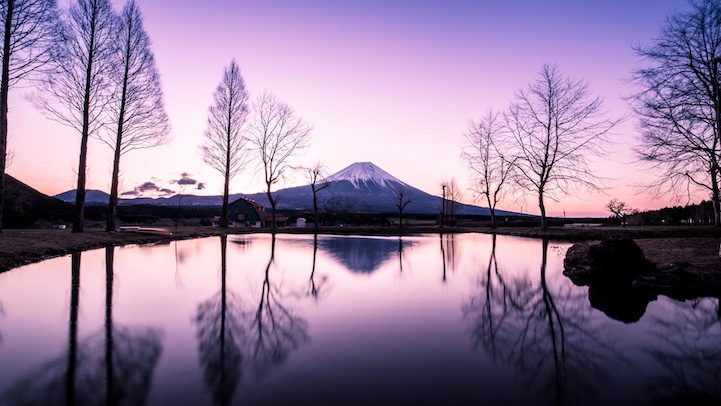 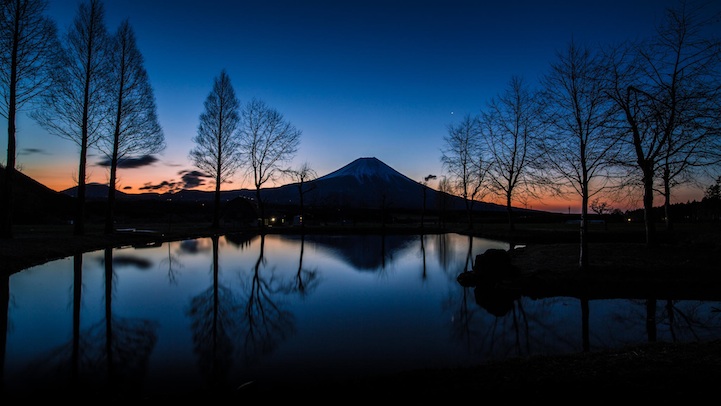