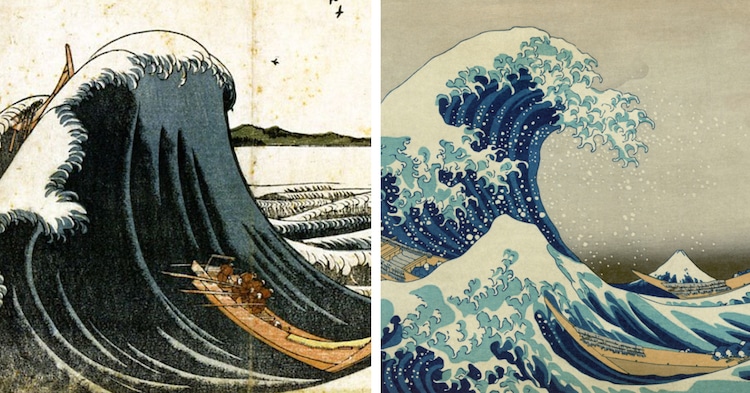 Hokusai's The Great Wave off Kanagawa is a staple of Japanese art. Created using traditional woodblock printing techniques, the work typifies the ukiyo-e practice. Given its prominence and popularity, you may think that The Great Wave that we know and love is the only one of its kind. However, Katsushika Hokusai actually depicted this subject matter several times throughout his life, culminating in a collection of four similarly themed canvases.

Hokusai began exploring this motif in 1797, when he was 33 years old. In Springtime in Enoshima, the water is not the only subject. He also places emphasis on a group of figures in the foreground. An early work of Hokusai, this piece is characterized by delicate lines and an attention to minute detail. 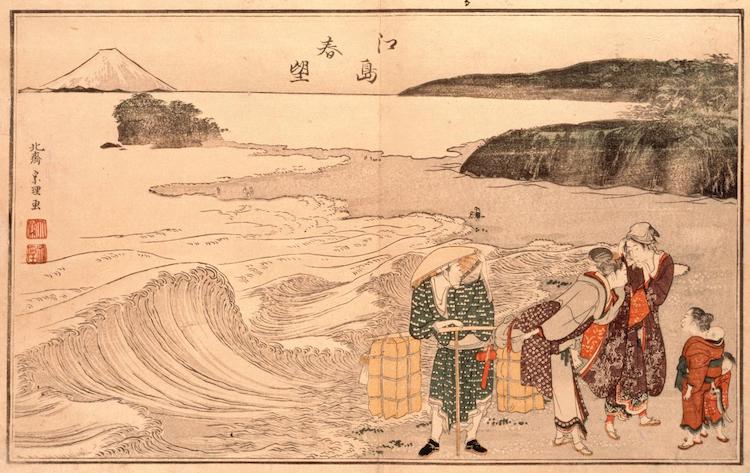 Hokusai crafted his second precursor of The Great Wave in 1803. View of Honmoku off Kanagawa features a muted color palette and two focal points: the wave (which had greatly increased in scale) and a passing ship. Though stylized, the wave is also simplified; its form is suggested by minimalist contours and little embellishment. 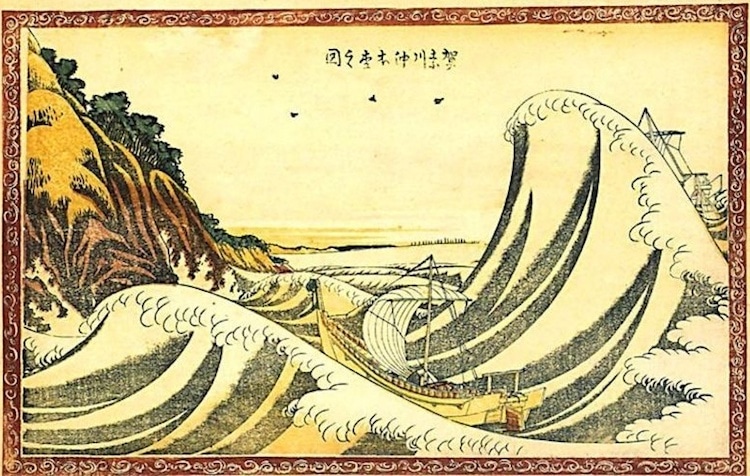 Two years later, Hokusai completed Fast Cargo Boat Battling The Waves. Here, he retained some of the characteristics found in the previous piece, including the prominent presence of a boat and the simplified crest of the wave. However, for this design, he reorganized the composition, moving the wave from the left side of the scene to the right. This decision ultimately stuck, defining the composition of his last and most famous Great Wave. 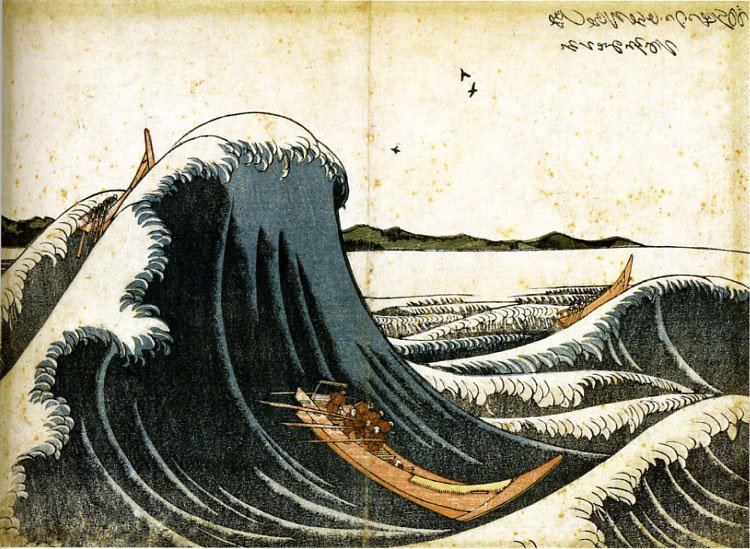 It is no surprise that this later work has proven to be Hokusai's most successful—especially in the context of the artist's own assessment of his art. “From the time I was six, I was in the habit of sketching things I saw around me,” he said. “Around the age of 50, I began to work in earnest, producing numerous designs. It was not until my 70th year, however, that I produced anything of significance.” 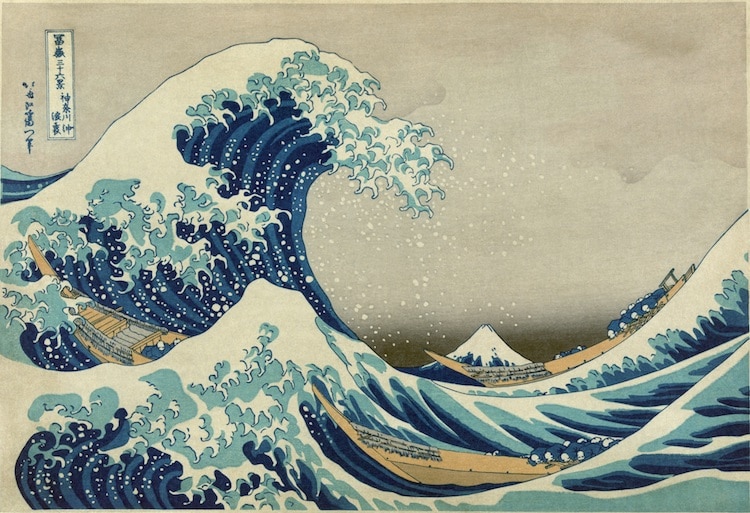