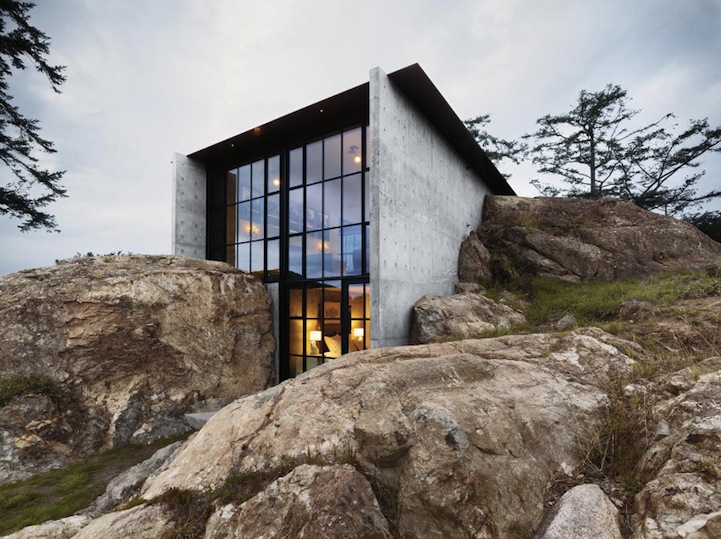 Nestled inside large rocks on the San Juan Islands off Washington State, you will find Merrill Wright's incredible house fortress. Designed by Tom Kundig of Olson Kundig Architects, the concrete and glass house looks as though it bursts through the rocks on which it stands. The 2,200-square-foot box consists of a main space, 61 feet long and 12 feet high, with a large kitchen at the back and a living and dining area overlooking the waterfront. The house includes three bedrooms, with one tucked beneath the house. My favorite part, though, is the master bathroom's sink, where water runs down through a series of small bowls that were cut into the rock and polished smooth. To set the house deep into the site, portions of the rock outcropping were excavated using a combination of machine work and handwork. The contractor used large drills to set the outline of the building, then used dynamite, hydraulic chippers, a selection of wire saws and other hand tools, working with finer and finer implements as construction progressed. The site's rocky outcropping seemed to Kundig a perfect place to put the house. It reminded him of Native American cliff dwellings or Greek and Italian hill towns. ”Our ancestors did not put their houses on the most fertile parts of the land,” he explained. ”At the end of the project, I realized that what I wanted was a fortress,” said Wright. “He just knew that. And he got this ‘inside the rock' thing. It wasn't going to be sitting on the rock, it was going to be in the rock.” 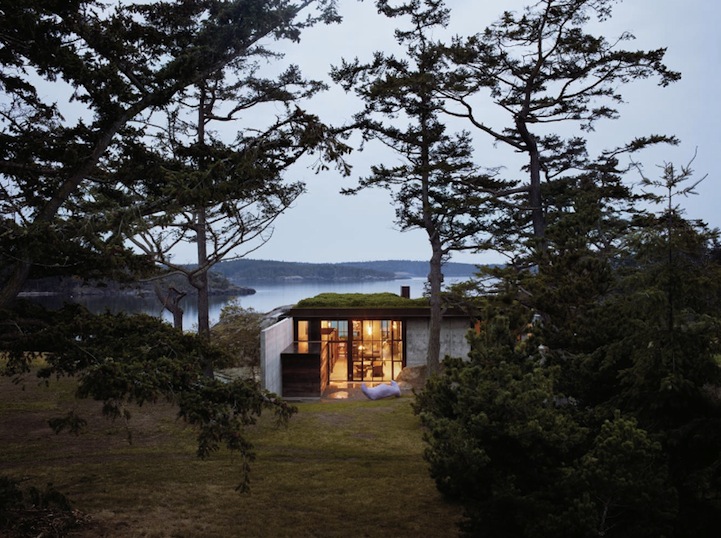 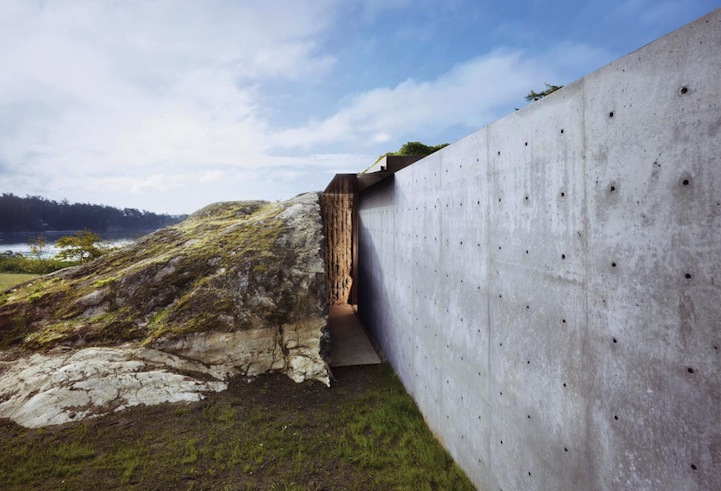 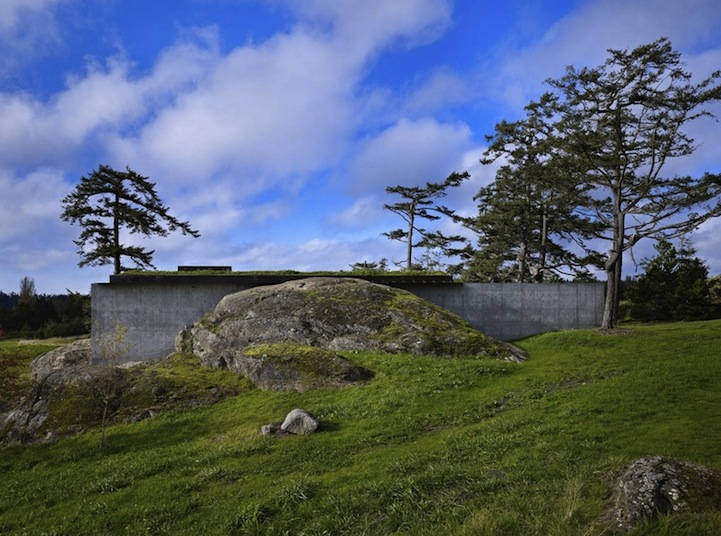 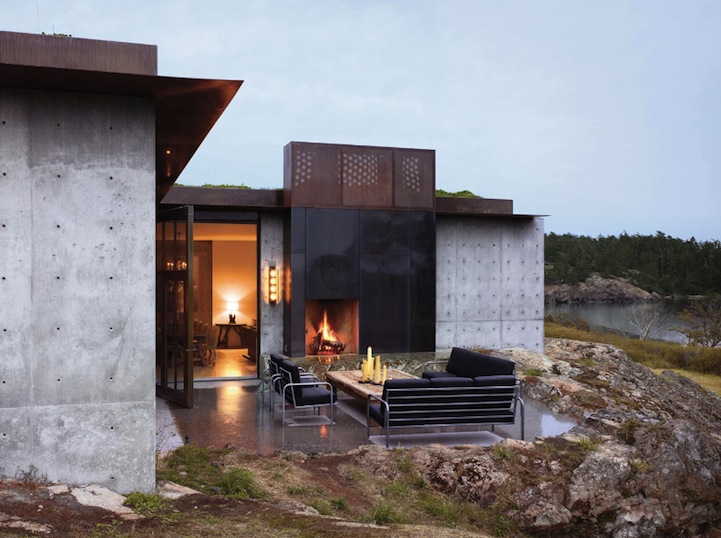 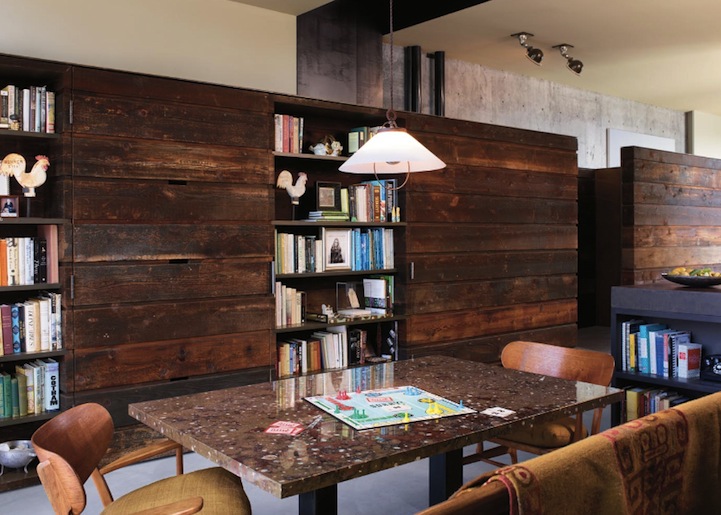 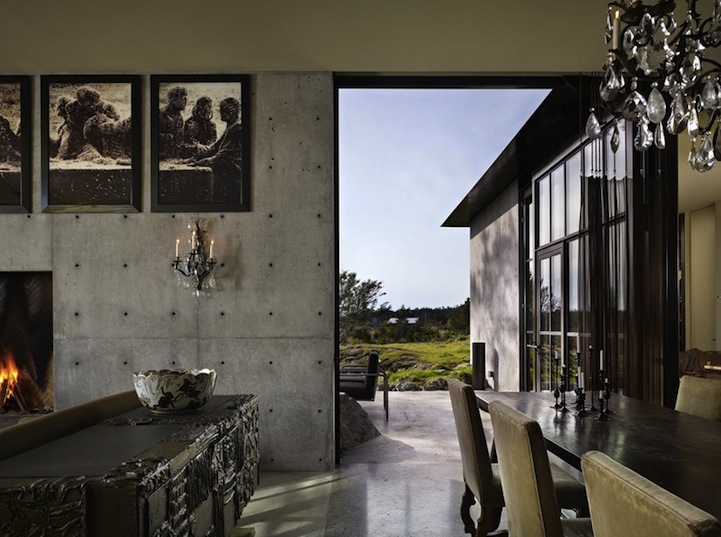 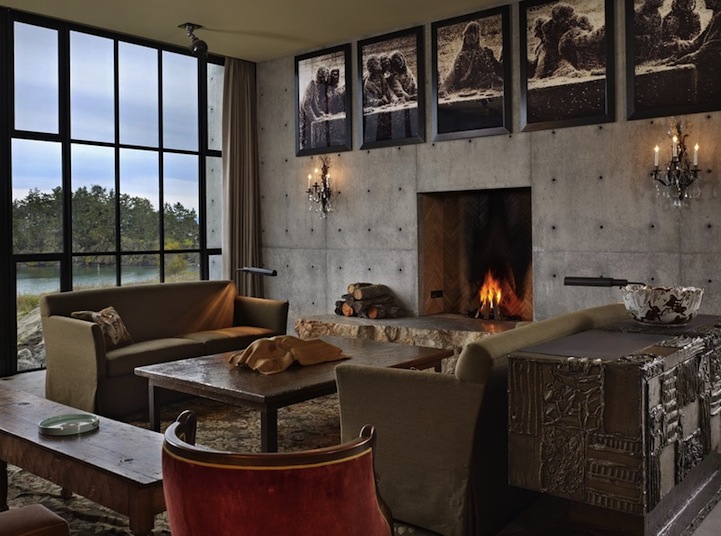 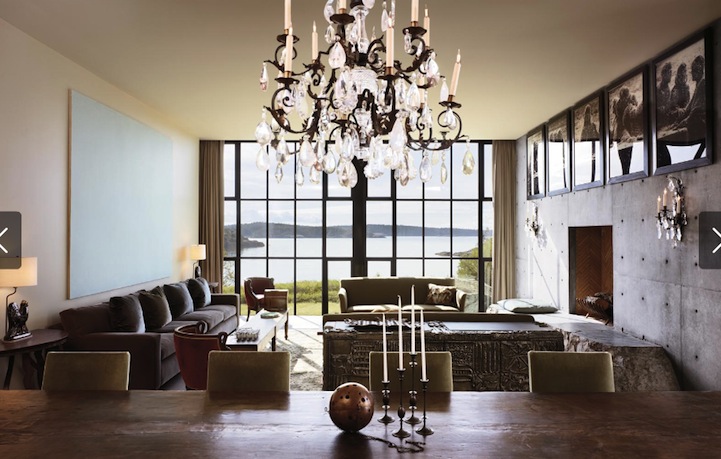 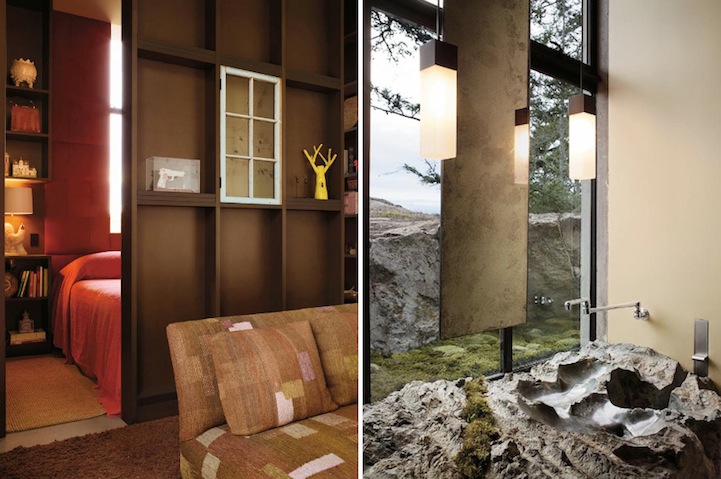