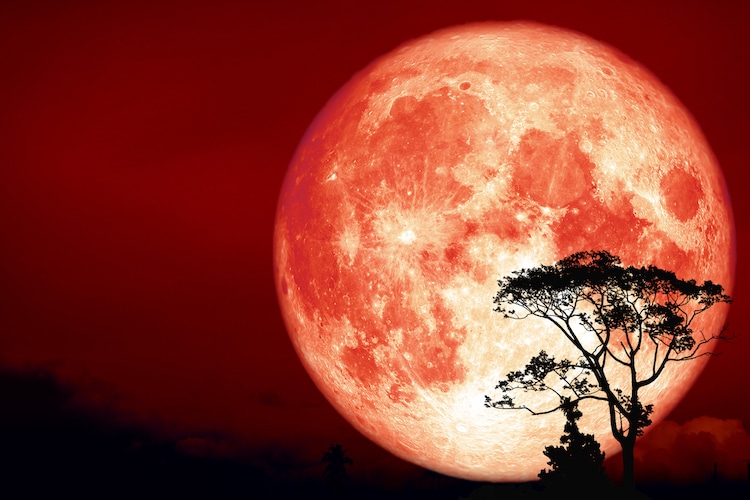 Did you know that every month the full moon has a different name? After September's Harvest Moon, stargazers are in for a real treat this weekend when the glowing orange Hunter's Moon will be on full display. On October 13, the sky will be ablaze with this brilliant full moon which peaks at 22:07 pm GMT (5:07 pm EDT) according to the Farmer's Almanac. Visible after sunset, the Hunter's Moon is a great excuse to take a late-night stroll.

If you're wondering where the name comes from, it dates back to the North American Native Americans. They adopted names for the full moons that occur each month and these were then picked up by European settlers. So why the Hunter's Moon for October? During the autumn season, when sunset and moonrise are close together, it allowed farmers to continue to be active into the night, as the fields were illuminated by moonlight. Fittingly, September's moon is called the Harvest Moon as crops could be harvested under the moonlight. In October, hunters were able to track and kill animals to stockpile for the long winter months due to this special light. Hence the name Hunter's Moon.

October's full moon is also sometimes referred to as the Blood Moon or Sanguine Moon due to its brilliant red-orange color. Science journalist Deborah Byrd explains that its color is due to its positioning. “The location of the moon near the horizon that causes the Hunter’s Moon—or any full moon—to look big and orange in color.”

Want to keep track of when the upcoming Cold Moon and Wolf Moon events will happen in December and January? Make your own DIY moon phase calendar thanks to NASA.

October's Hunter's Moon is set to create a brilliant, orange spectacle in the night sky. 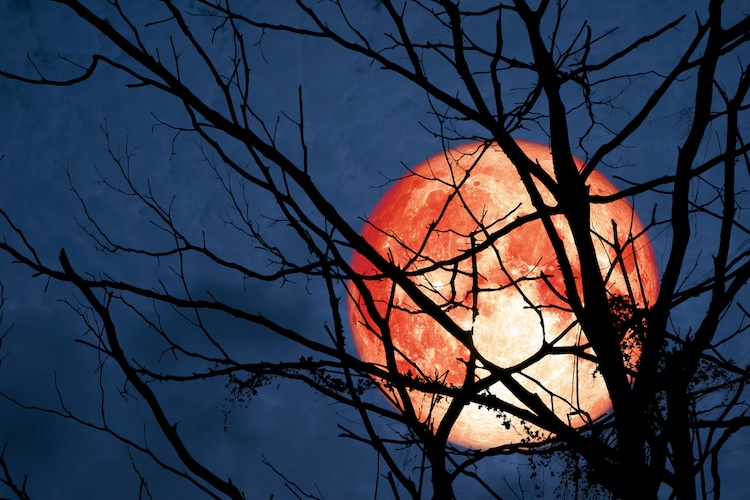 Excited for the full moon? Share
Like My Modern Met on Facebook
Get Our Weekly Newsletter
Become a
My Modern Met Member
As a member, you'll join us in our effort to support the arts.
Become a Member
Explore member benefits

Excited for the full moon?