Interview: The Man Behind Those Magnificent Movie Posters 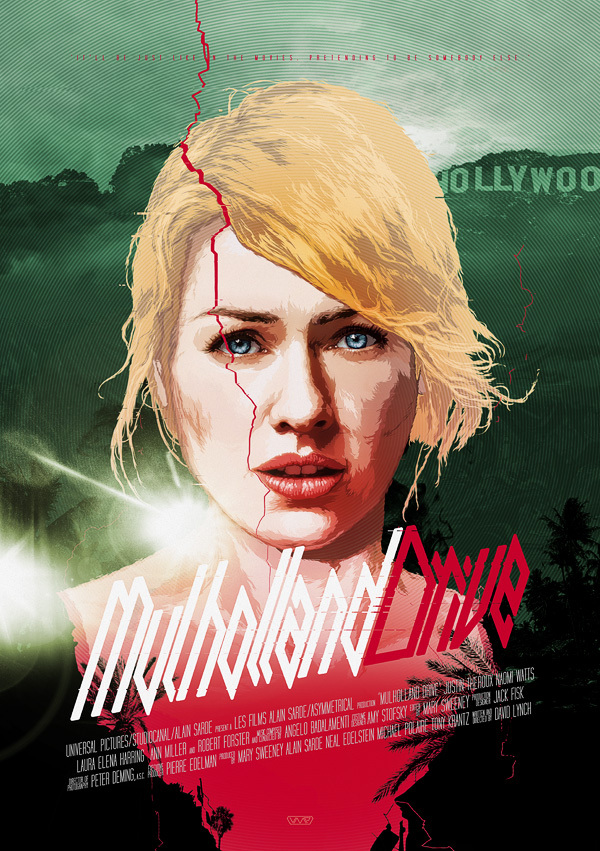 After putting together a post, last week, of some magnificent modern day movie posters, one of our very own Met members (Ryan Olds) left us this heartfelt comment: “These movie posters are incredible! The raw expression of each main character gives each film such a specific feeling! Please find out if you can get in touch with this artist for an interview! Great work.”

A few other members echoed his statement, so I decided to reach out to Grzegorz Domaradzki (aka Gabz), the man behind the colorful work. Gabz was gracious enough to return my email, so as you requested Met members, here is that interview, below.

How long have you been illustrating for?
I have been drawing since childhood. But to be a bit more specific, I graduated from the Academy of Fine Arts in 2003 with a Masters degree in Graphic Arts and Drawing, and back then I didn't have much to do with illustration, especially digital. I later started working as an illustrator in an advertising agency doing storyboards mainly and few months later I was a full-time graphic designer and illustrator working in a different agency. In 2005, I finally turned freelance, to do stuff that I wanted to do and be my own boss, so to speak, and I haven't looked back since! Now, luckily, being recognized I can focus on drawing and get well paid for it! To sum it up, I guess one might say, I have been a professional illustrator for over eight years now.

How did the idea come about to start a movie poster series?
At the very beginning, as it usually is, I got a bit bored with pencil and pen, so I wanted to make a series of personal works using vectors. I always have been a huge fan of movies and acting performances, so I thought, why not pay a sort of tribute to cinema in general and, on the other hand, simply redesign well-known existing posters and propose my unique vision focusing on the leading role? One of my other goals was to prove to myself I'm capable of portraying people with the help of vector techniques. I also wanted to play a bit more with typographical elements and custom made types. I have a very long list of movies that left a serious mark so, I can tell you right now, you can expect to see more posters!

How long do each of these illustrations take you?
It depends. Each vector portrait which comes to life in Adobe Illustrator, usually takes about 4-5 hours to finish. Once I paste it to Photoshop the “real deal” begins, with all the necessary adjustment layers, textures, filters and, of course typography. I think from all my Vector Movie Posters the one with Vincent Gallo (Buffalo 66) was made in shortest amount of time – only extra two hours of work in Photoshop. And probably the toughest to finish were both As Good as it Gets (I really fought hard with the title and the background) and Get Carter in which I have made at least four different versions before I went with the one you know.

Which movie poster are you the most proud of and which one has received the most attention?
It's not easy for me to point out that “one and only” you see, since, I like them all to be honest. But I do have my favorites, of course. I think I would have to start with Buffalo 66, because it was the very first one. I really enjoyed Deconstructing Harry, as well, and from the second volume Blade Runner and Raging Bull poster. So let's say these would be my favorites.

Now, which one was the most appreciated by viewers? I think Buffalo 66 and Deer Hunter from the first volume and Blade Runner and a bit surprisingly Mulholland Drive from the second volume. Needless to say I'm overwhelmed with all the positive feedback I received when I published both volumes. A lot of people asked for prints and I already sold some. I'm planning to print them all in either a book of some sort or just as professional prints this time. I hope to have them all printed and prepared for shipping by the end of February 2011.

Do you have any tips for other illustrators just starting out?
Definitely work hard, but also practice and experiment a lot. Produce personal stuff, stay inspired and influenced by other people's work. I know it may sound cliche, but it worked for me! Also, consider showcasing your works all over the web and take part in competitions, whether there is money in it or not (you never know who might be watching).

Thanks Gabz for letting us in on your world. Looking forward to seeing more movie posters in the near future!