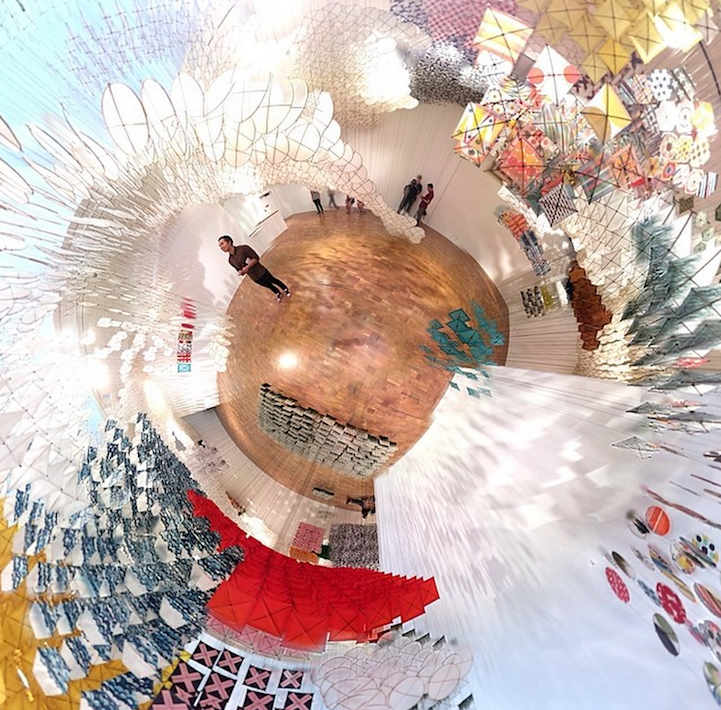 This may be the closest you'll ever come to stepping inside a painting. Showing at the MOCA Pacific Design Center in Los Angeles until June 8 is one massive installation that consists of thousands of thin paper sheets hanging beautifully in mid-air. Artist Jacob Hashimoto combines traditional kite-making techniques and painting into sculptural environments to create the third and final edition of his series Gas Giant. Previously shown in Venice, Italy in 2013 and Chicago in 2012, this marks Hashimoto's first solo museum exhibition in California.

Ethereal, majestic and awe-inspiring are just some of the words one could use to describe this installation. The Los Angeles Times likened it to the weather, stating it's “all around us and bigger than everyone.”

“Gas Giant begins right inside the front door, meanders into a first-floor gallery and then picks up momentum as it drifts up a wide stairway to the towering second-floor gallery, where it blossoms to fill the enormous space with an explosion of beautifully composed forms. If Rose Bowl floats went to heaven, this is what they would look like.

“Yet there's nothing otherworldly about Hashimoto's down-to-earth work. To wander among its components, all suspended from the ceiling on what must be miles of black thread, is to feel as if you are inside a 3-D painting. Its parts function like the dots in a Pointillist painting, sometimes clustering into groups and at others clashing with those around them.” 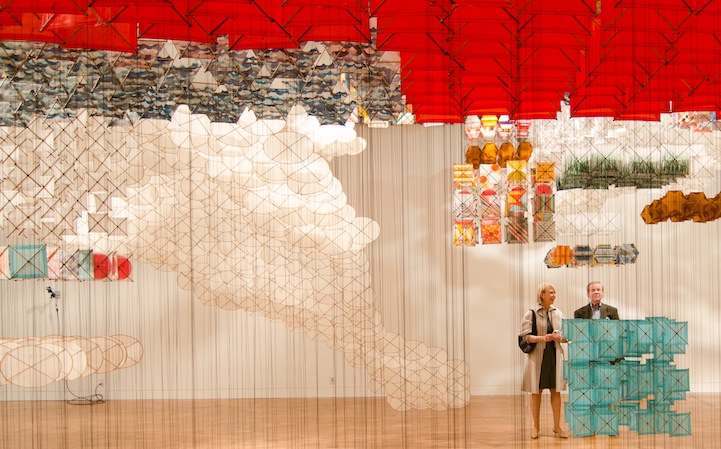 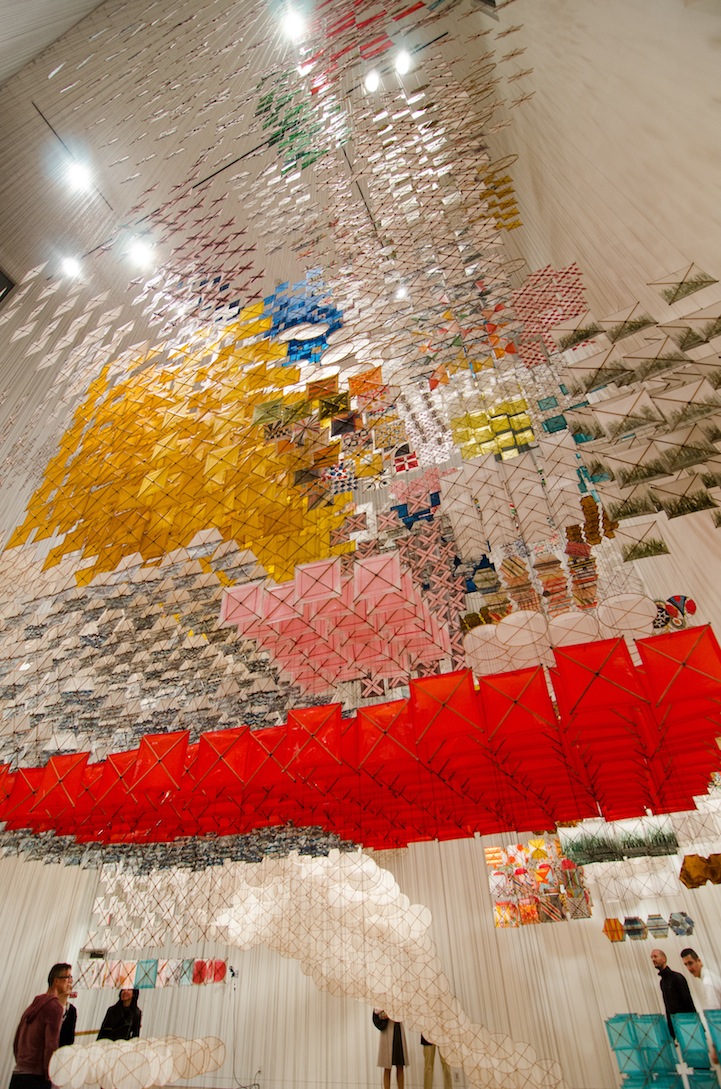 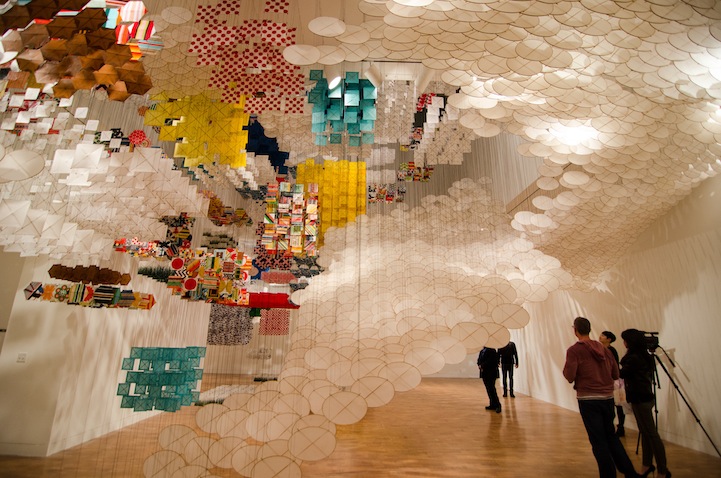 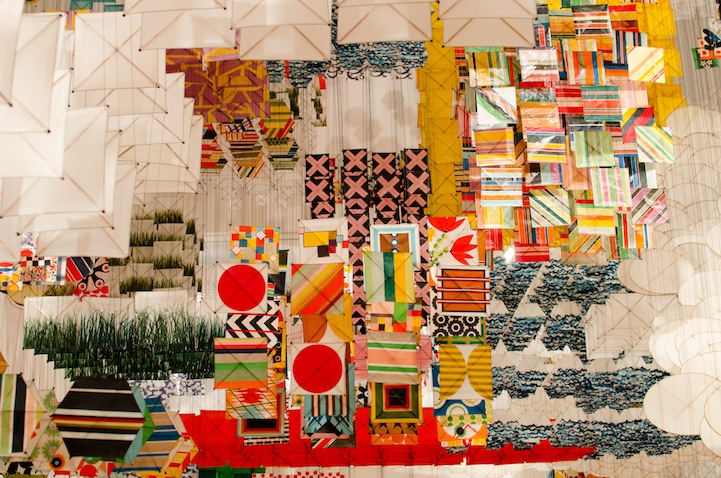 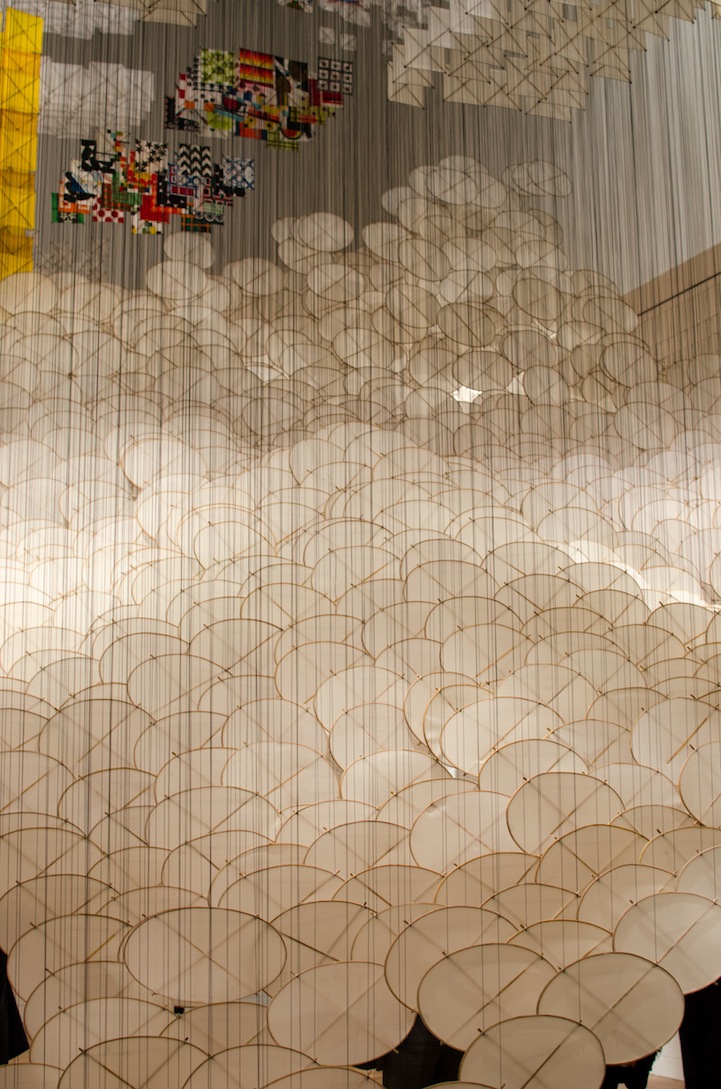 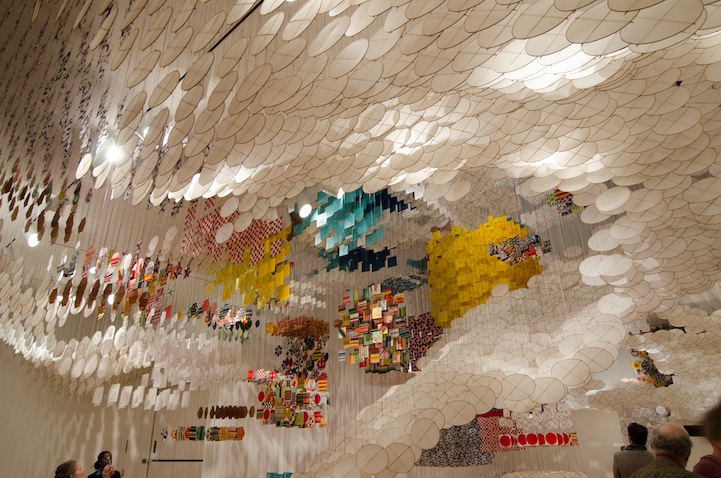 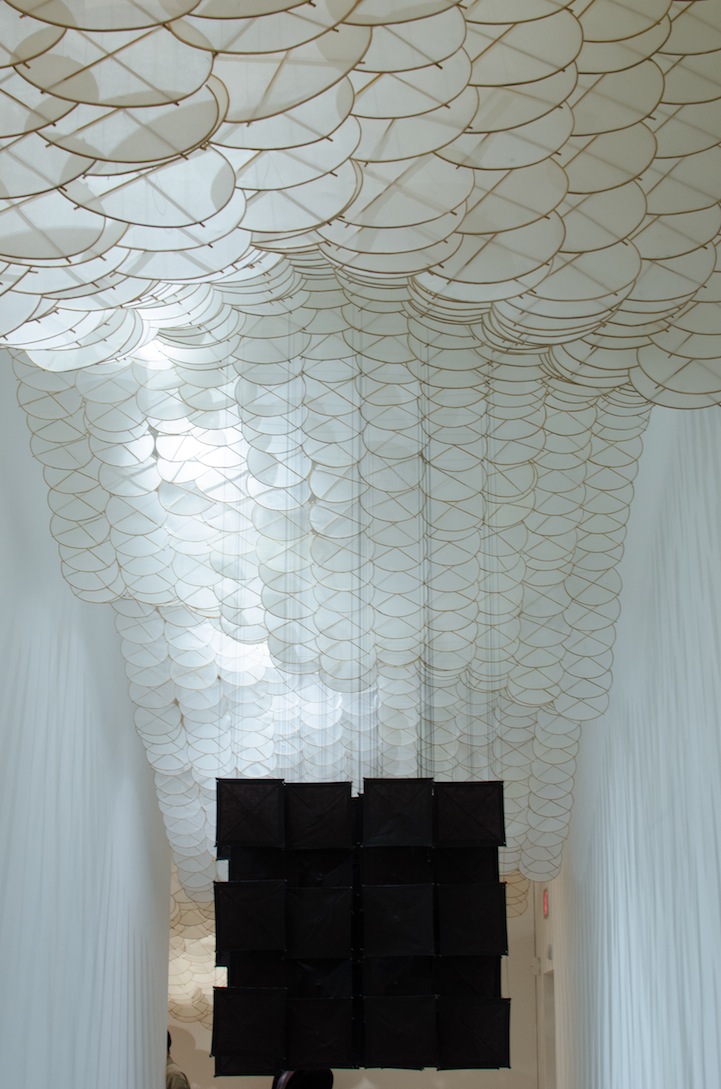 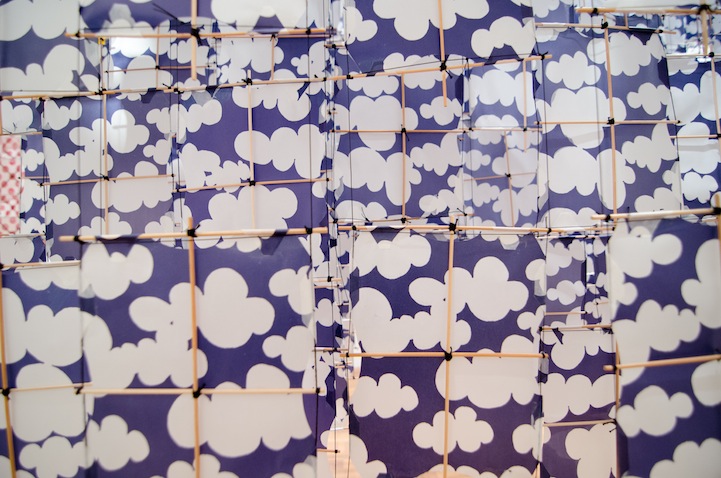