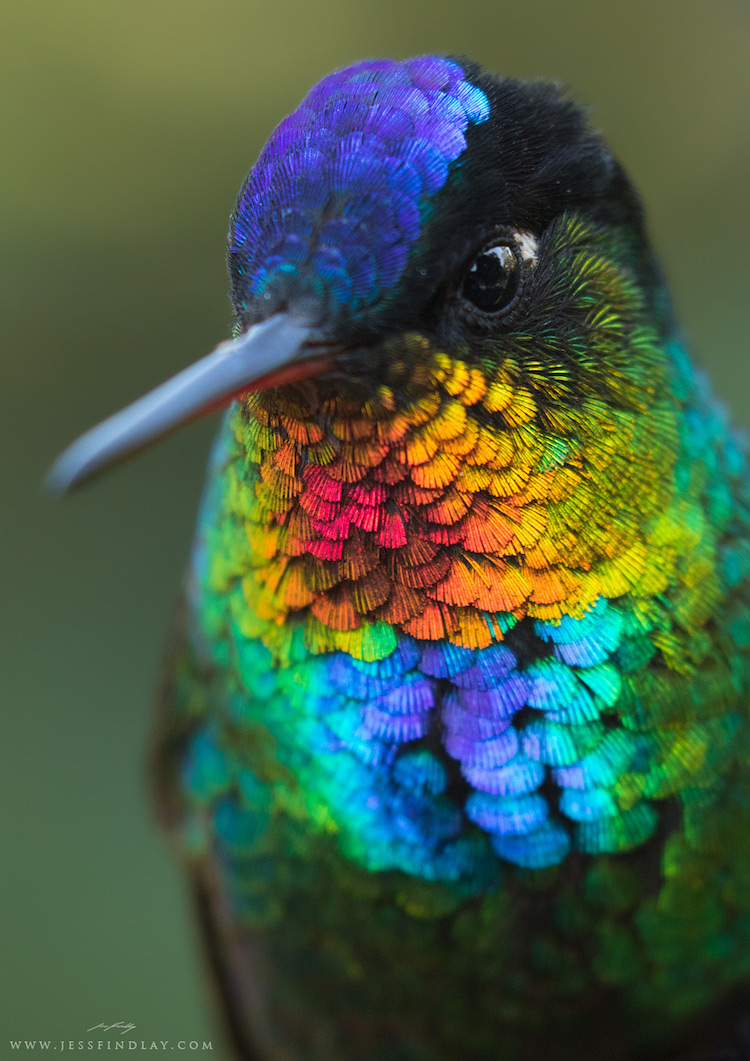 Photographer Jess Findlay has a knack for nature. Born and raised in British Columbia, an area rich with biodiversity, Findlay—an avid adventurer who enjoys hiking and bird-watching—turned to photography as a way to document and share his love of the natural world. Compositionally, he focuses equally on landscape and on wildlife, combining stunning shots of the environment with unique views of magnificent animals. His undeniable skill is especially evident in his recent shot of an awe-inspiring fiery-throated hummingbird.

The teeny hummingbirds—who measure only four inches long and weigh less than six grams—are native to the mountains of Costa Rica and parts of Panama. The beautiful birds are renowned for their distinctive coloring: a bright blue crown and chest, a lustrous green body, and a patch of kaleidoscopic, “fiery” feathers on their throats.

Given their tiny stature and tremendously quick movements, capturing a photo of any hummingbird is a tricky task, and shooting the fiery-throated hummingbird is even more difficult, as the full spectrum of their spectacular colors is only discernible from particular angles and when the lighting is just right. Findlay’s successful shot was a product of luck, determination, and the right camera lens. He explains to Colossal: “Several of these hummingbirds were visiting a nectar feeder. As they fed hungrily, often quarreling with one another, occasionally one would get displaced onto a nearby branch. I waited by the branch for a couple hours, staying very still. I used a telephoto lens with a special attachment that allowed me to focus on close subjects.”

With his undeniable skill and unmistakable passion, it is no surprise that, at just twenty-three years of age, Findlay has seen tremendous success; in 2011, he won the International Youth Photographer of the Year award from Nature's Best Photography, and, since then, his work has been presented at the Smithsonian Museum of Natural History, the London Natural History Museum, and the Royal British Columbia Museum in Victoria, Canada.

Scroll down to see some more brilliantly-colored birds captured by Findlay, and check out his Instagram page for other expertly-shot images of nature. 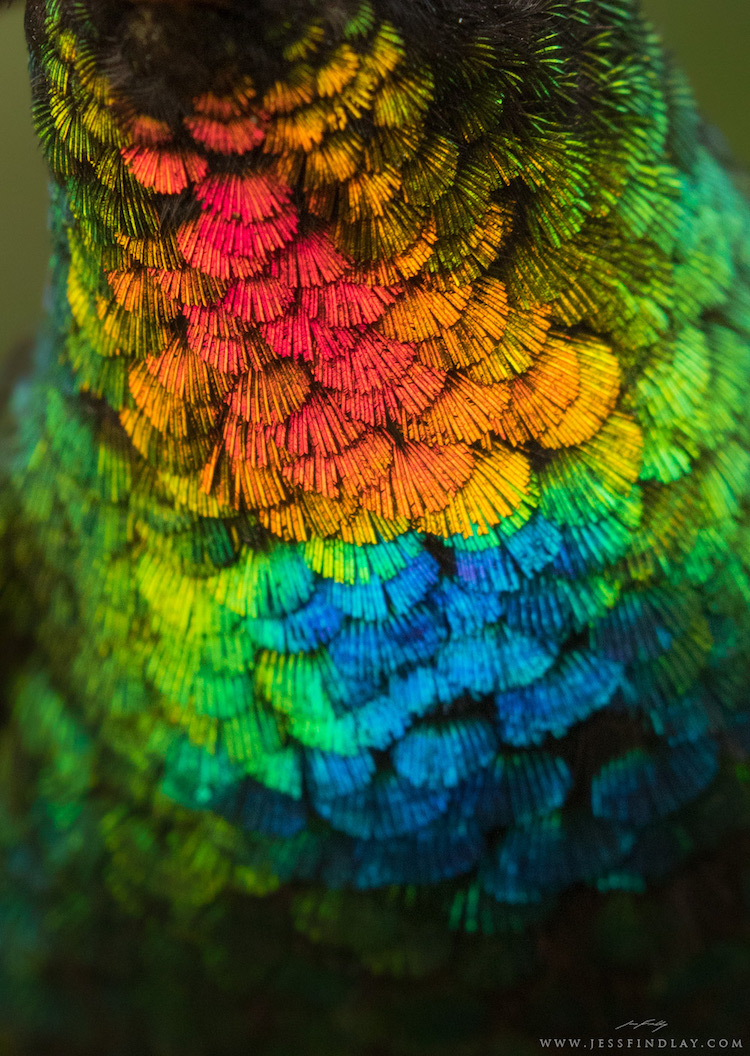 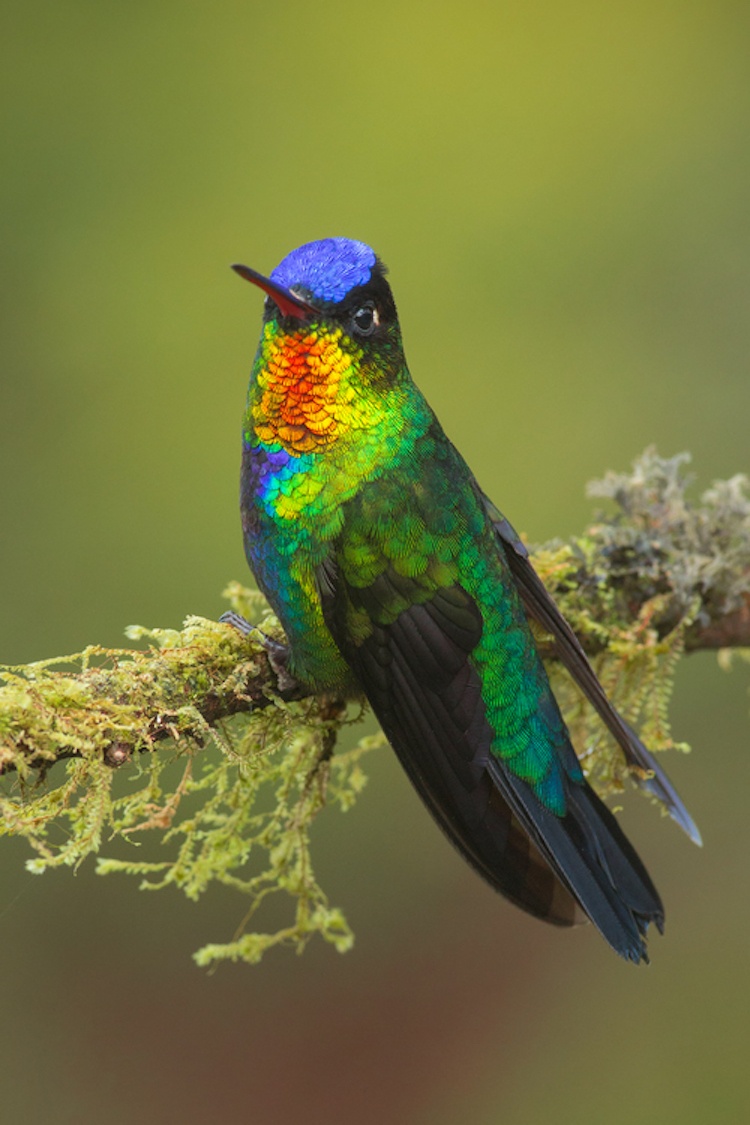 Here are some more photos taken by Findlay of birds with iridescent plumage: 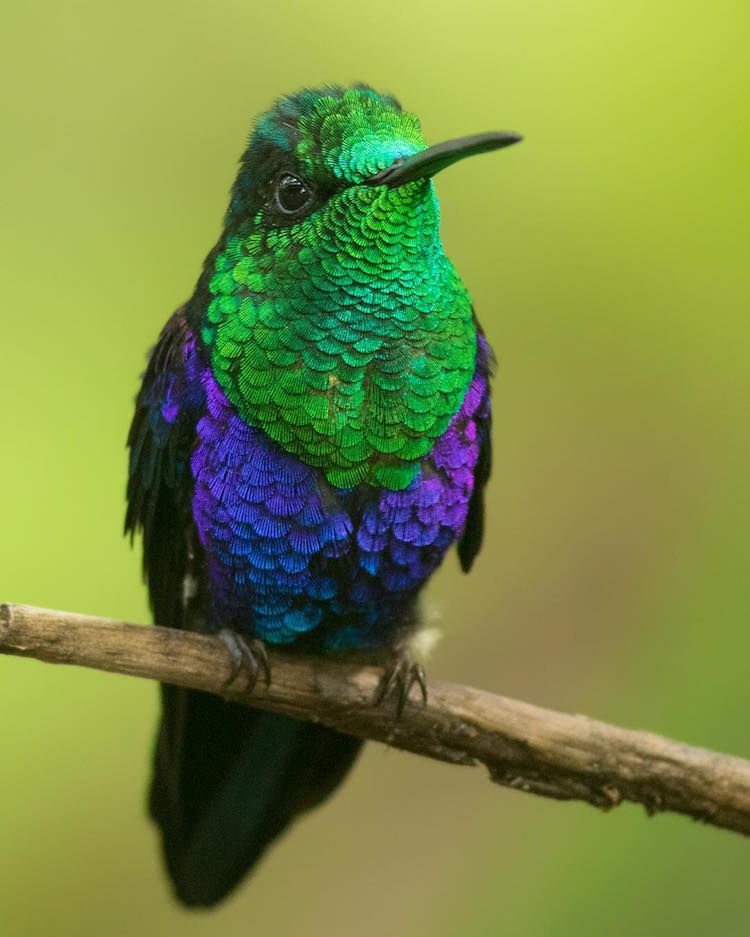 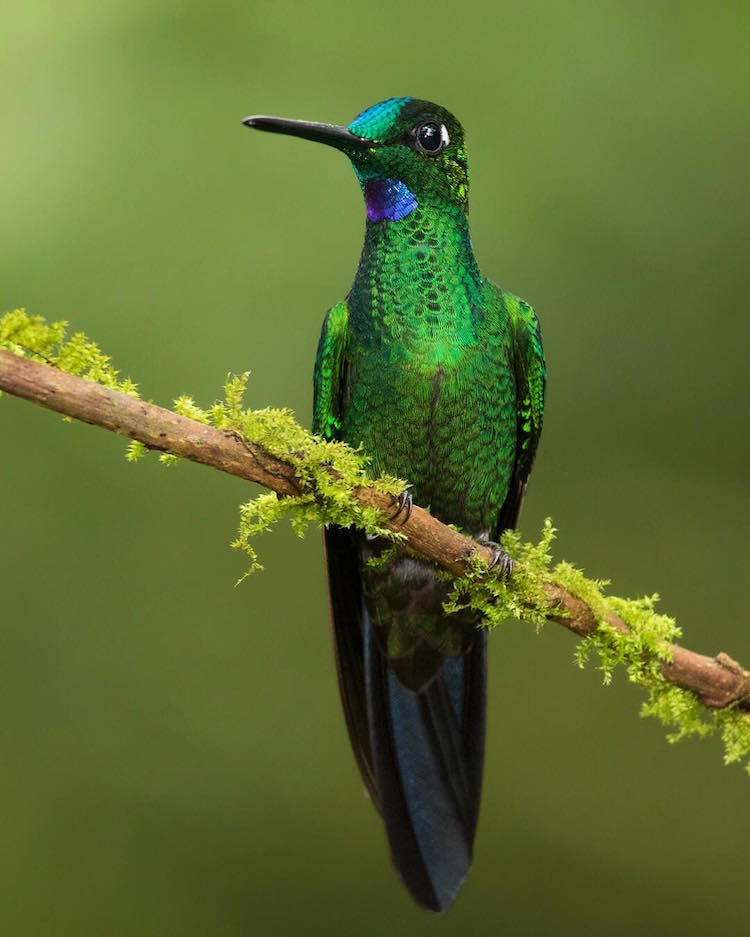 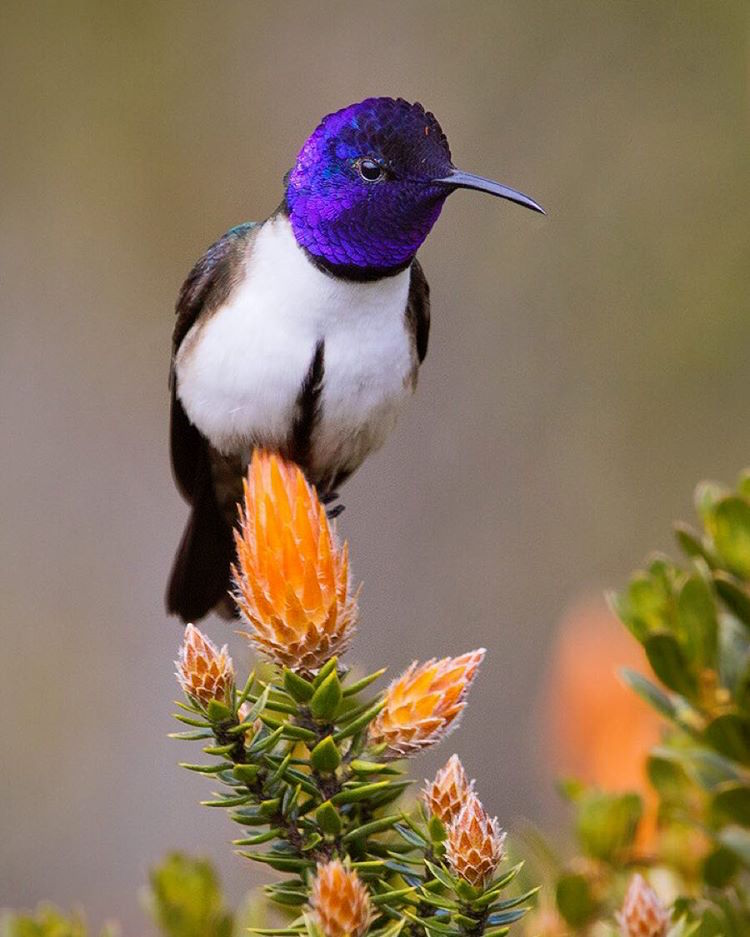 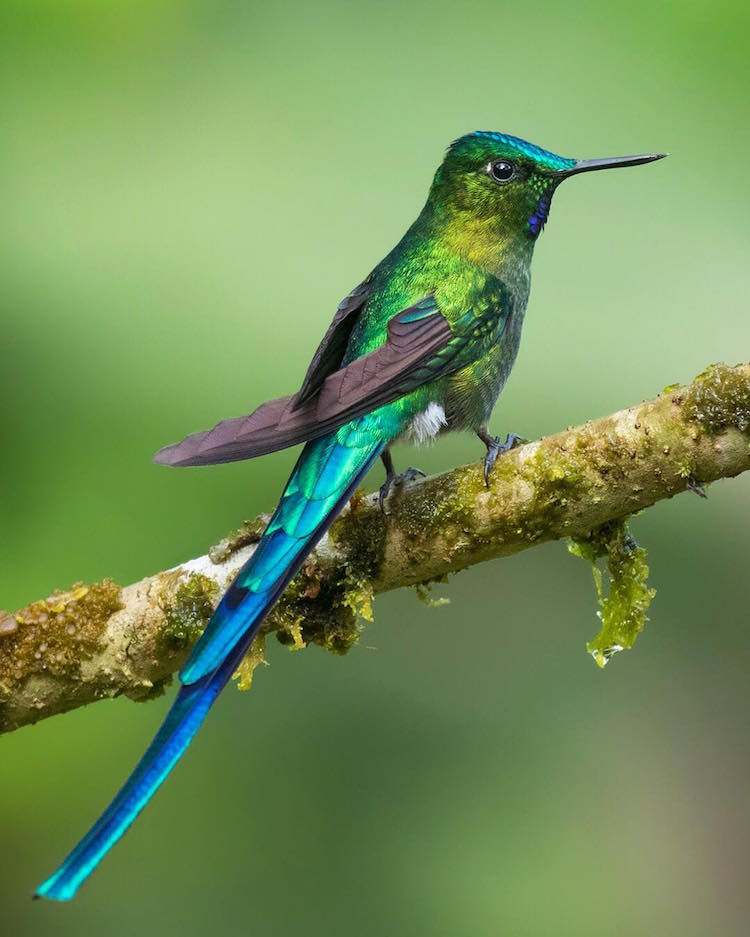 All images via Jess Findlay.