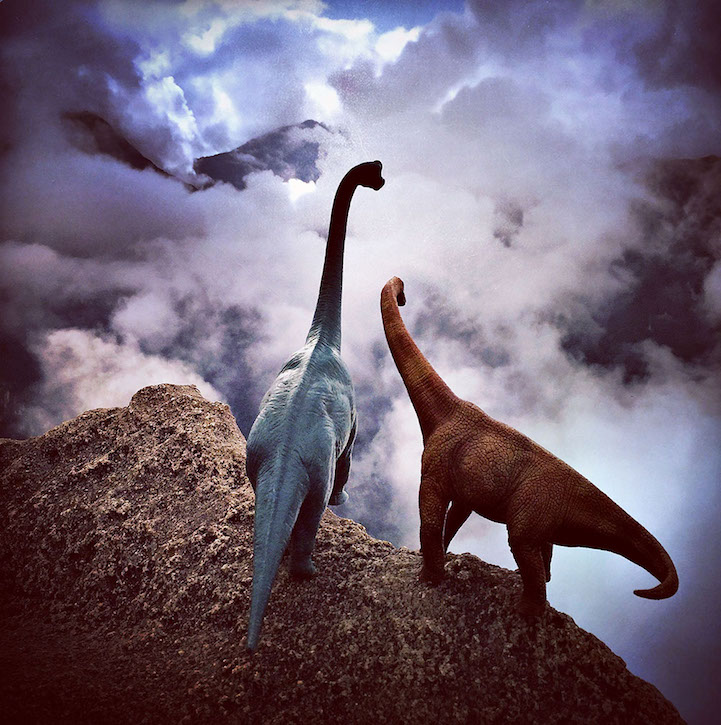 Jorge Saenz travels with a herd of plastic toy dinosaurs to put a fun twist on tourism. The Paraguay-based photographer places a stegosaurus, spinosaurus, and brachiosaurus into the camera's frame and depicts them playfully exploring the landscape while taking in the beautiful sights of South America. Saenz calls this ongoing Instagram project #dinodinaseries.

Each of the dinos have their own name and temperament: Dina (stegosaurus), Spiny (spinosaurus), and Brachy (brachiosaurus). They are curious and adventurous, walking among the tall grass, perching on the edge of a cliff, and wading through roaring waters. At times, they're dwarfed by these massive landscapes, and in other instances, they're giants that command the presence of all that surrounds them.

Saenz's series first began after he purchased the green brachiosaurus at a flea market in La Paz, Bolivia and snapped a few shots of them exploring the local surroundings. The photos were a surprise hit, and he decided to continue the series with additional prehistoric friends. Now, his “dino bag” accompanies him on every trip. 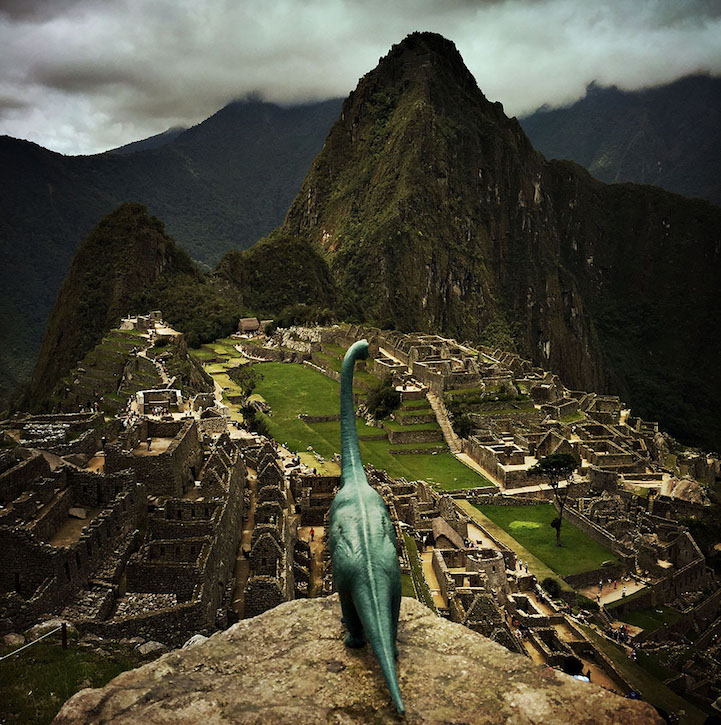 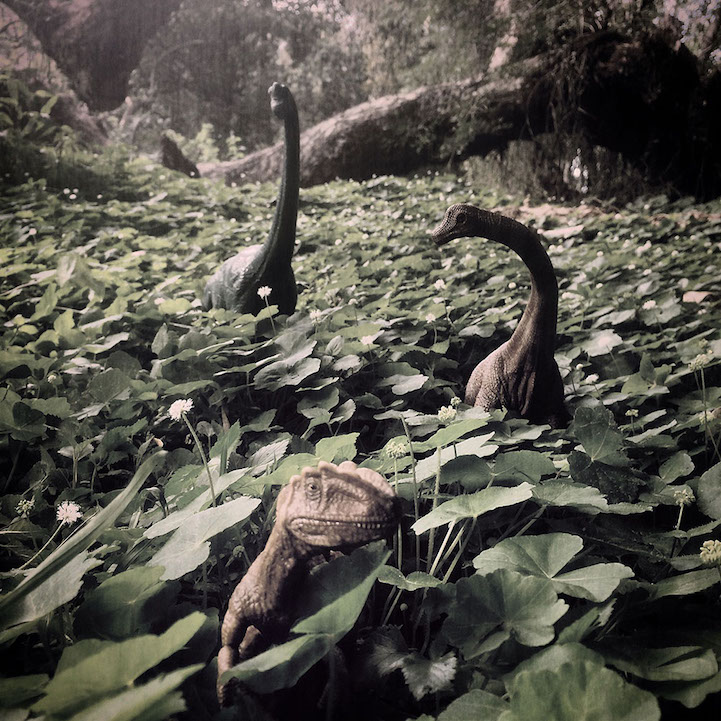 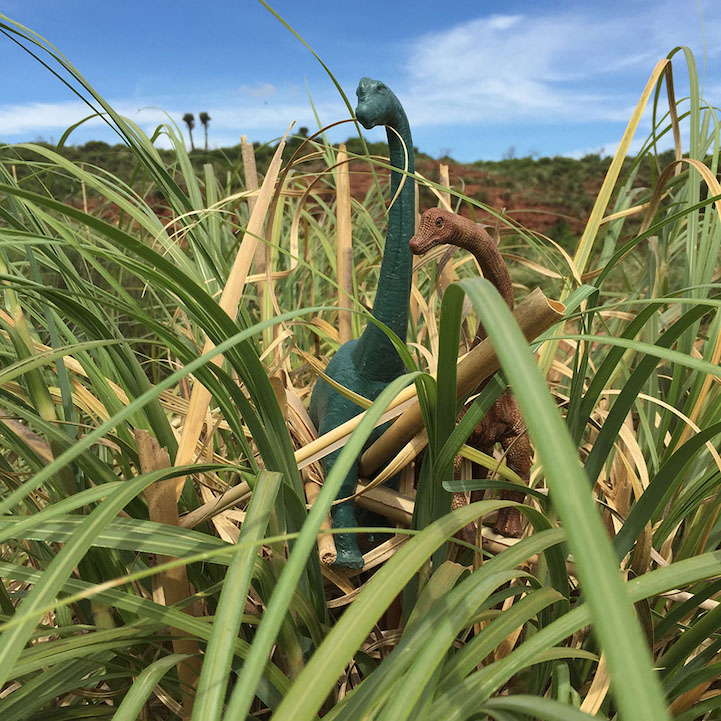 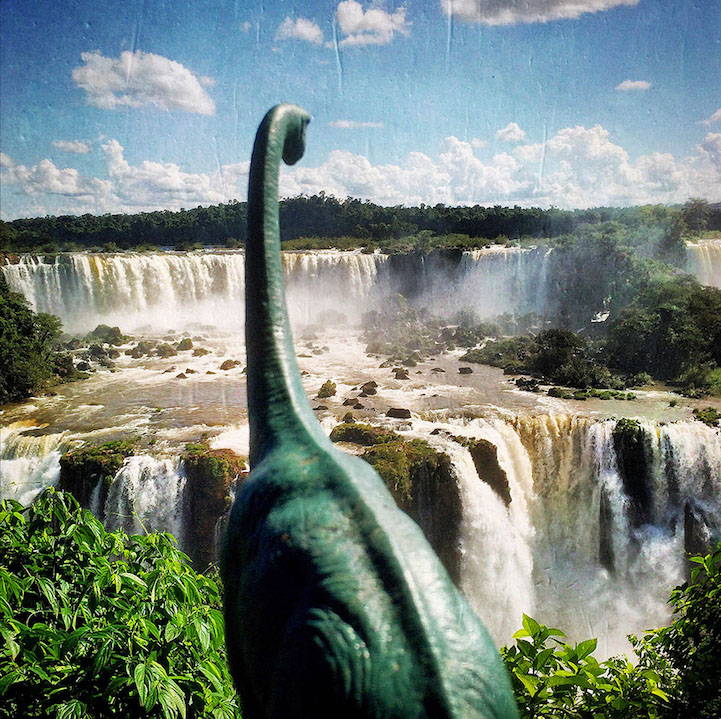 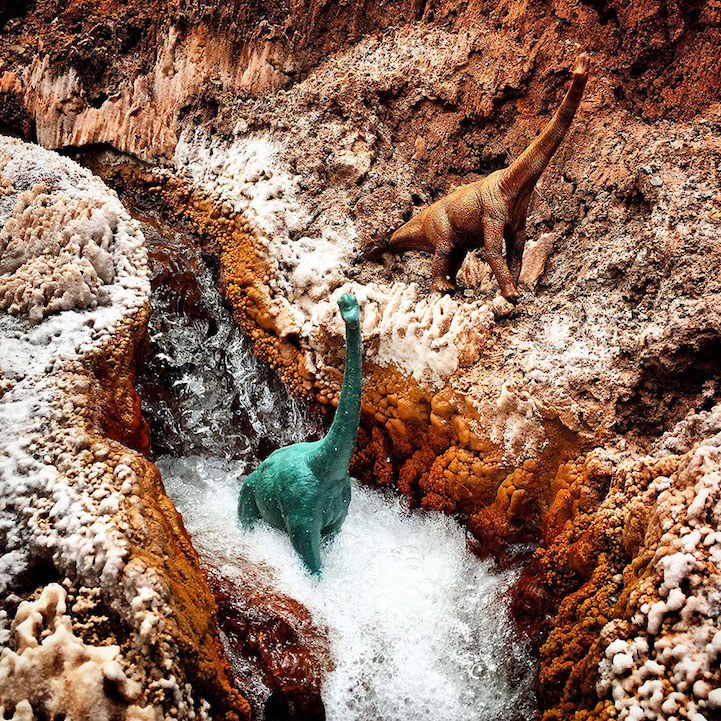 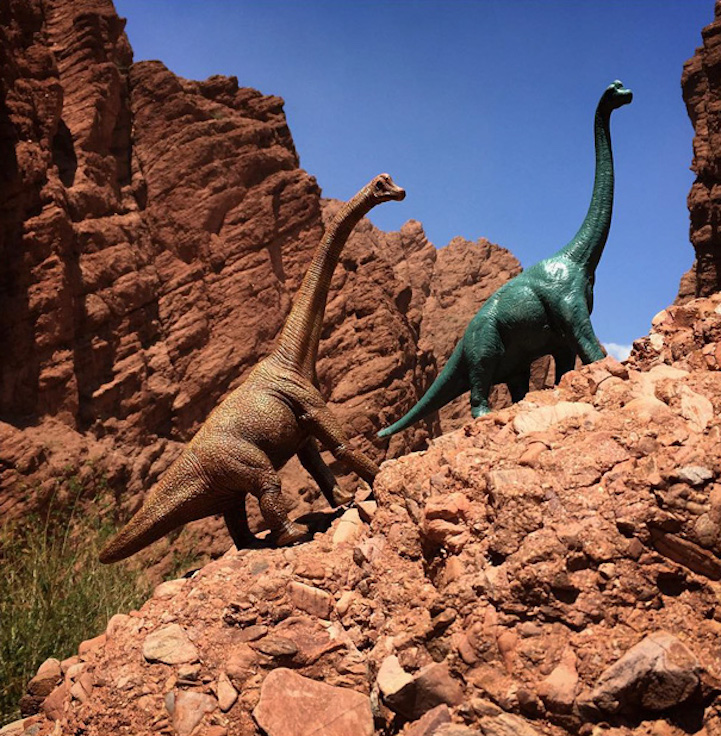 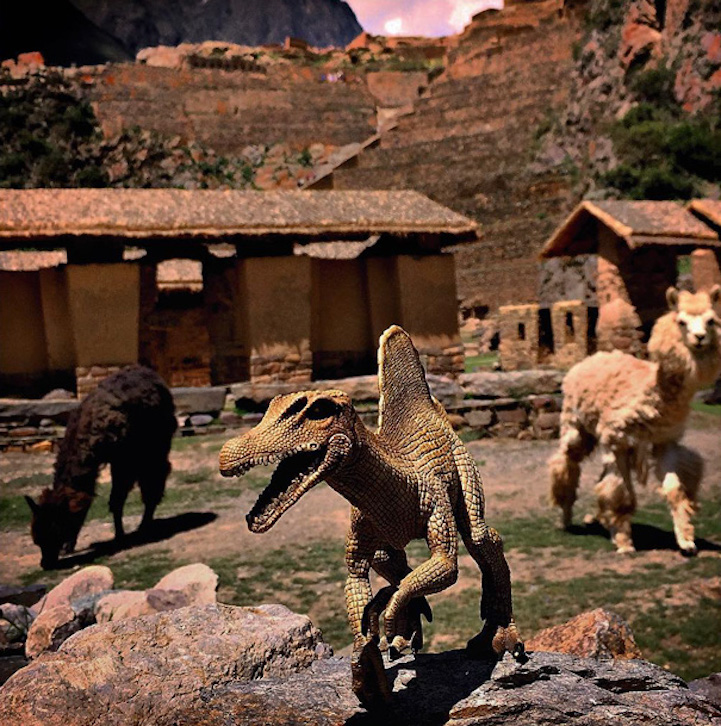 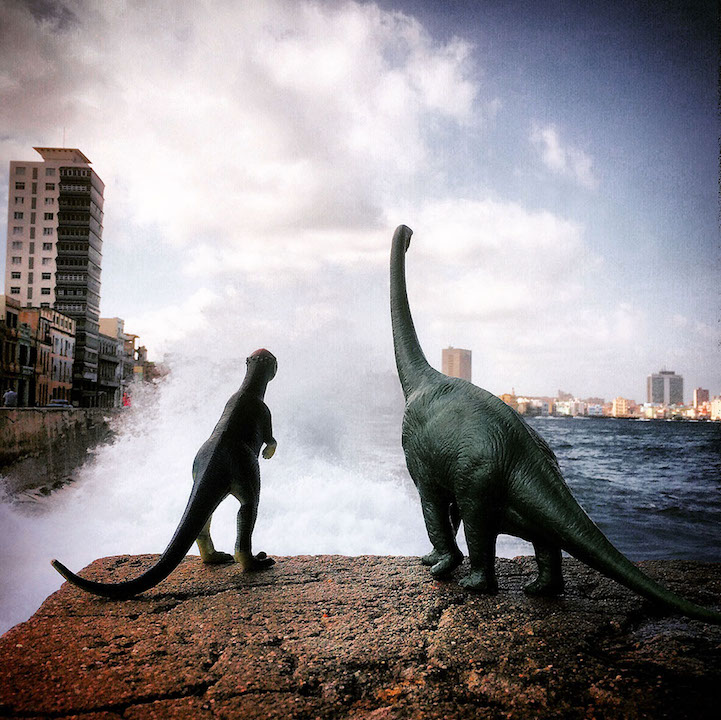 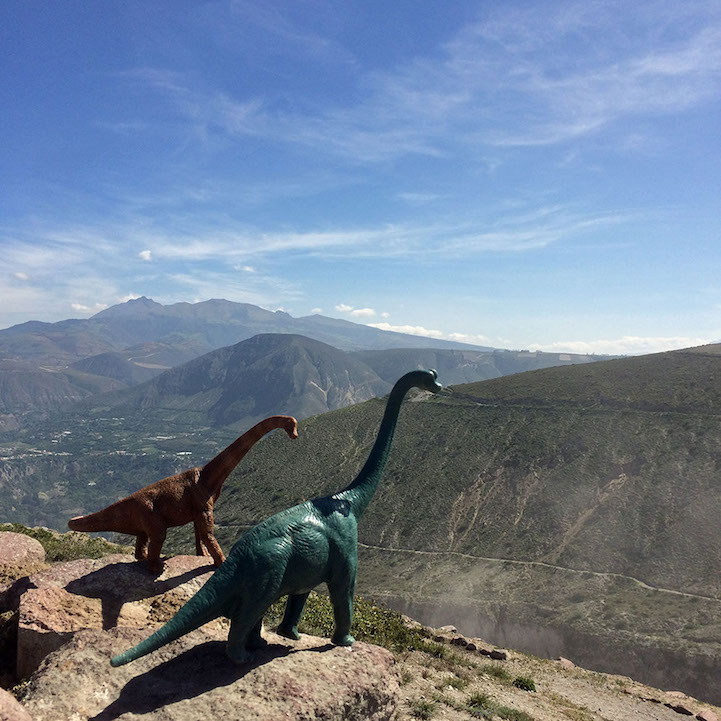 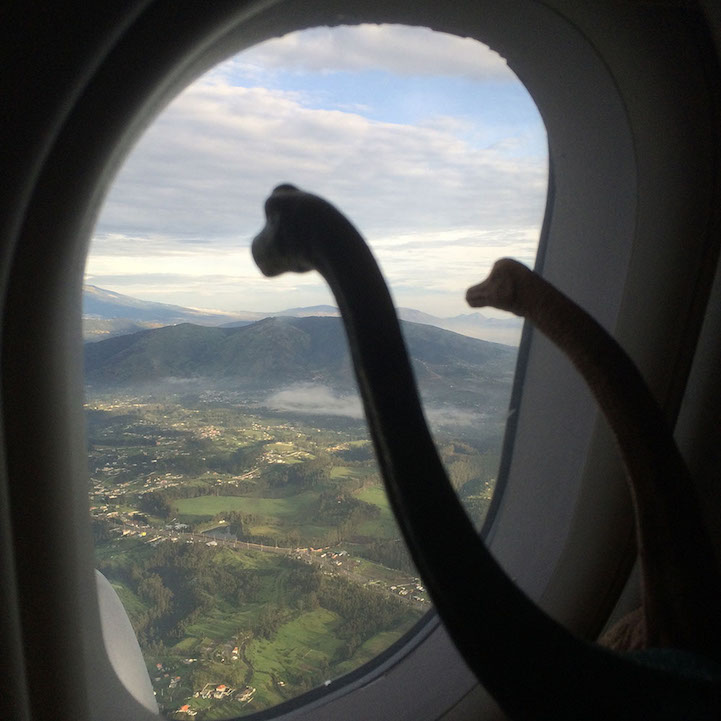 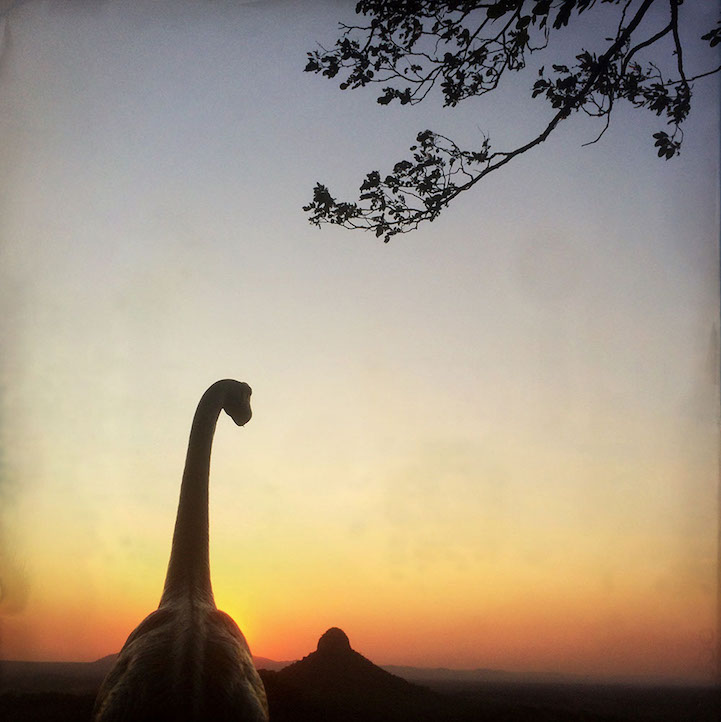