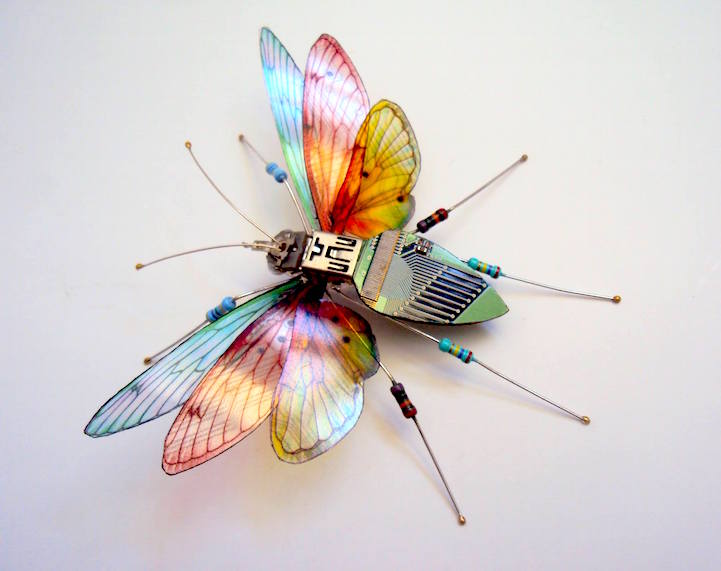 It all started several years ago when she came across a big box of tiny electronic components at the Beneficial Foundation in Portsmouth, otherwise known as the “The Craft Bank.” The center receives unwanted items from various companies and they pass along these “hidden treasures” to schools, community groups and artists. “The first thing that came into my head when I looked at them was, ‘a mass of tiny bodies and legs…ants!' I took them home to my children and we made ants,” she said.

It was only years later, when she found the box again, that it sparked a new idea. Chappell was enrolled in a Fine Arts degree program and through it she realized that she can use found objects in her artwork. As part of her degree, she got involved with environmental art. During a workshop, she met some young artists who were creating life-size robots with circuit boards from computers. Though they abandoned their project, Chappell took home the circuit boards because she found them “so visually appealing.” While watching a nature program on bio-diversity, she thought about the “ants” in the cupboard and she proceeded to create various bug sculptures using her newly found circuit boards.

Through her series, called Computer Component Bugs, the artist hopes to raise awareness of environmental waste. “The recycled bits of cultural refuse that are woven throughout my work represent a direct encounter with the excesses of modern living highlighting the dangers of planned obsolescence and e-waste in the environment. The work displays an aesthetic beauty whilst offering a socio-political discourse, attempting to reclaim waste and the destruction of the natural world, in the beauty of visual art.” 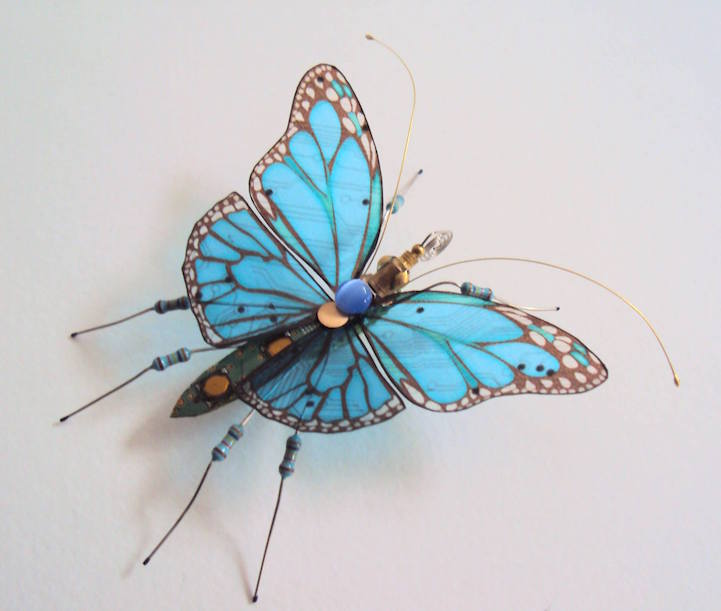 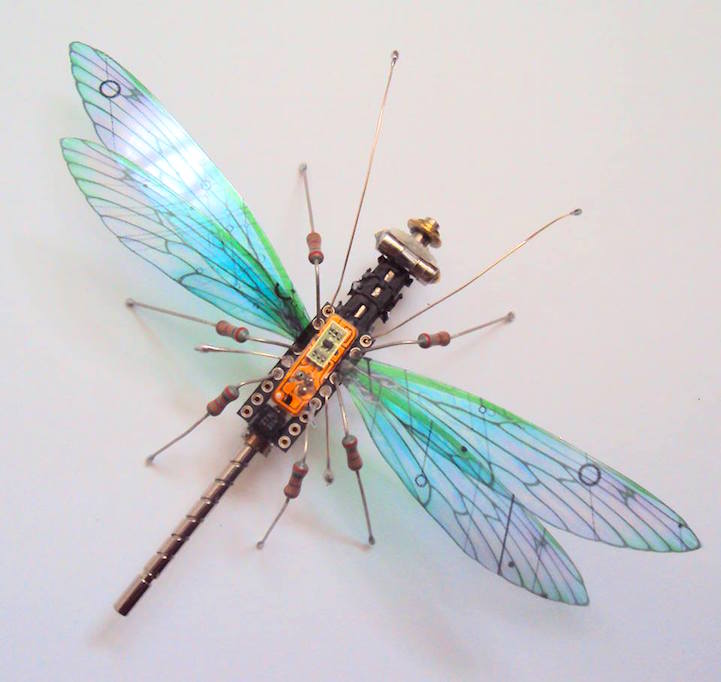 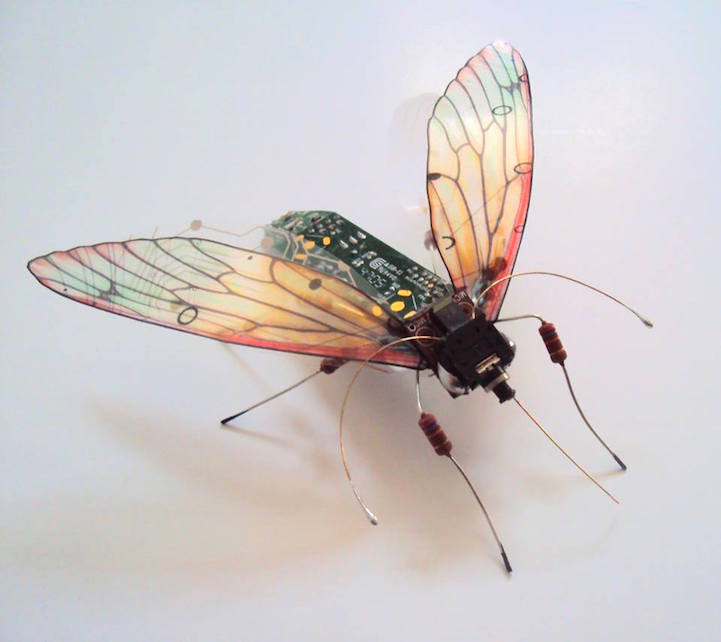 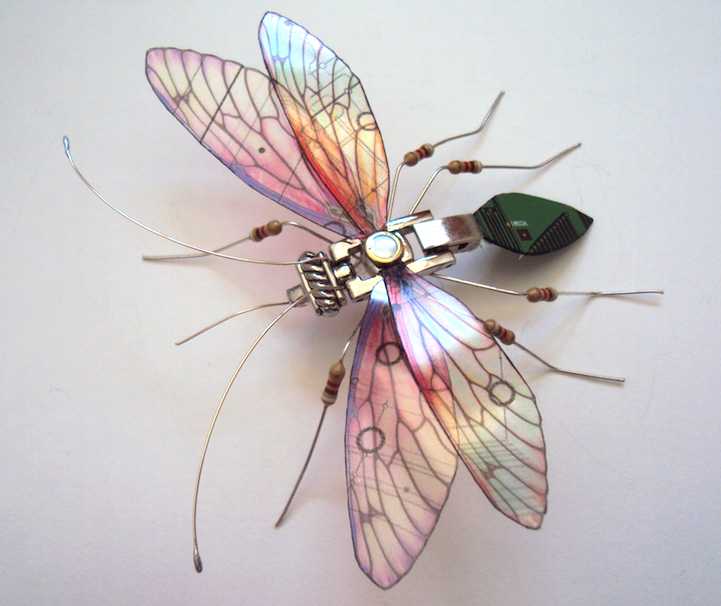 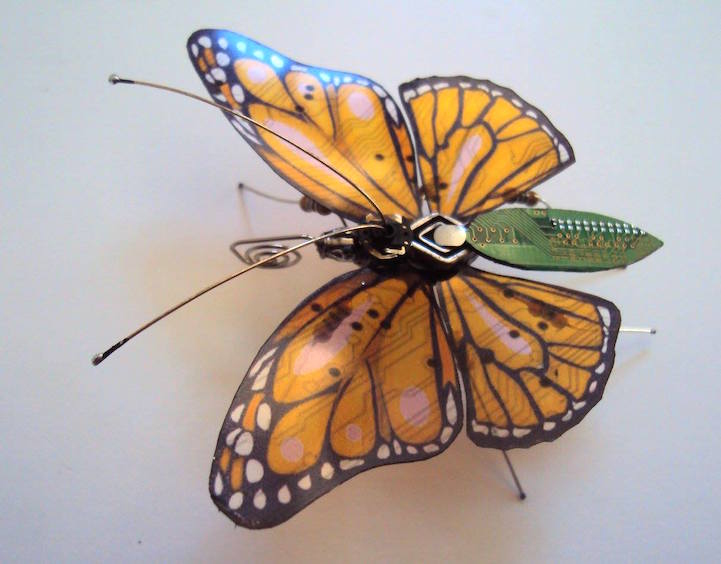 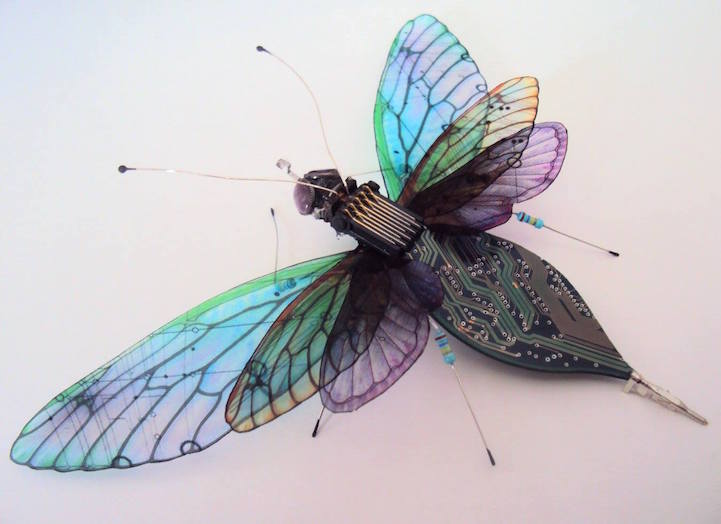 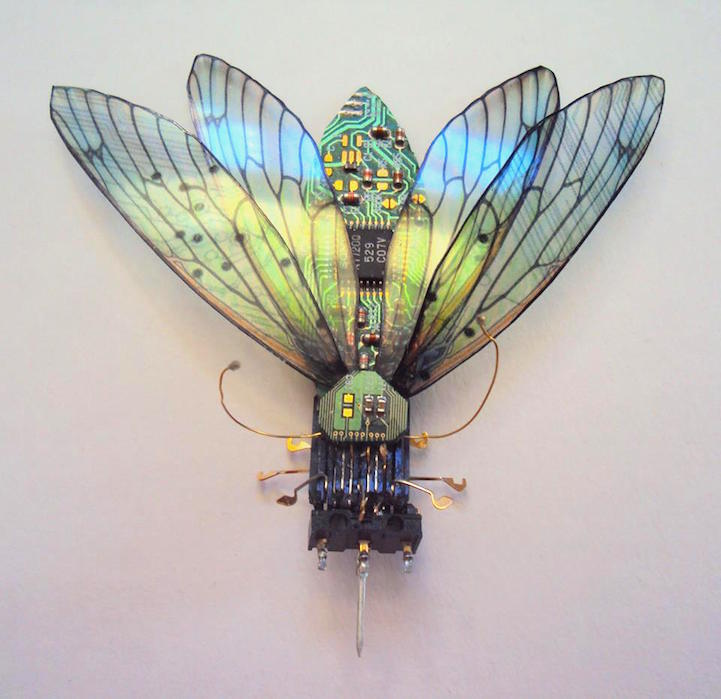 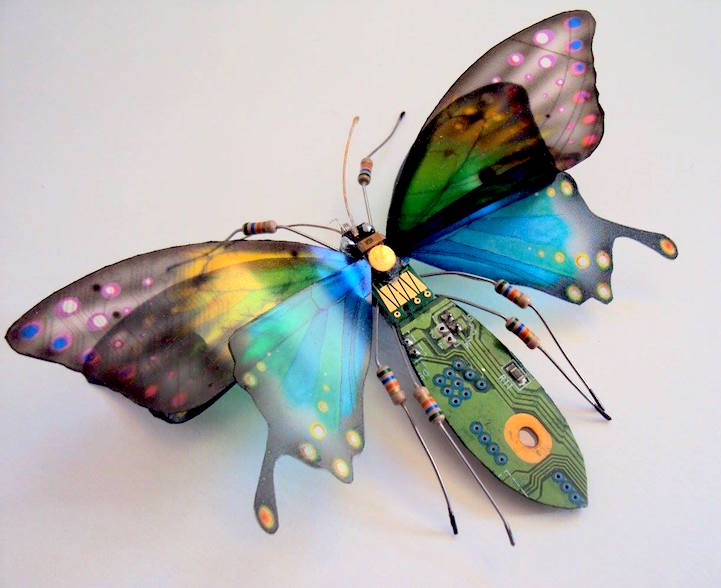 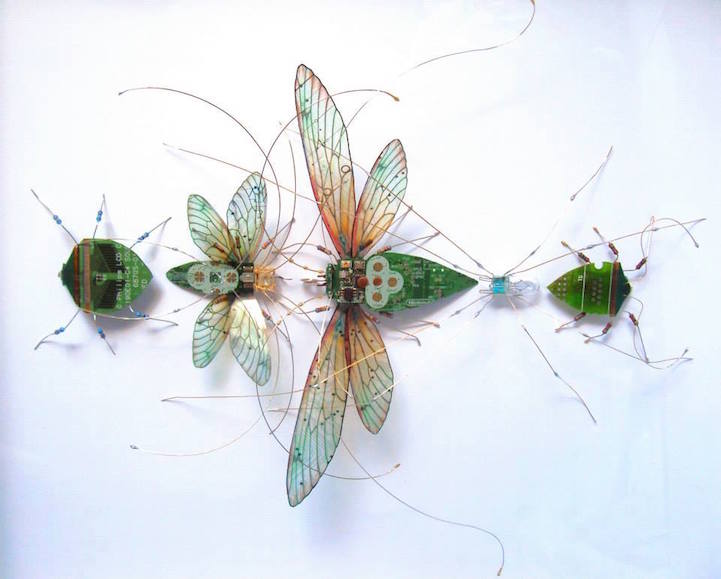