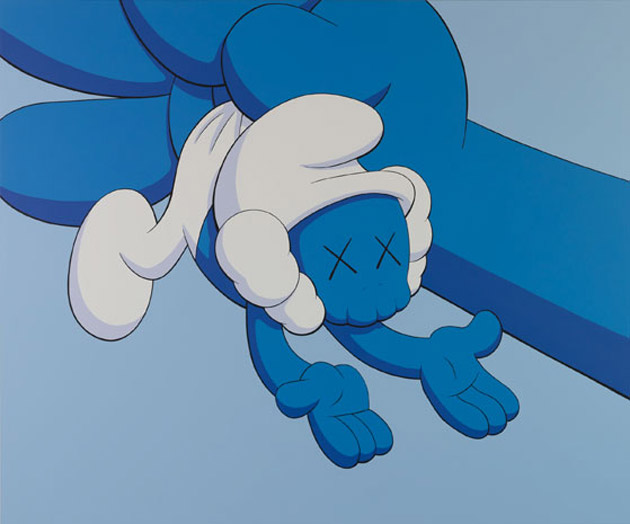 New York artist KAWS is bringing his work on over to LA! Honor Fraser will host “A Long Way Home,” a new collection of work by KAWS beginning on February 21, 2009. The exhibition will include paintings and sculpture. “A Long Way Home” is KAWS' first solo show in LA. As the press release states: “KAWS' technique acts as a sieve of modern culture, filtering and re-contextualizing the images and information that he comes in contact with daily. His process is all encompassing, embracing popular culture and the visual landscape of the familiar. The work can be thought of as an overarching brand; however it is also immediate and organic. This energetic immediacy can be felt in the selection of works that he is presenting…New large paintings included in the exhibition feature his usual cross-section of familiar cultural icons painted with precise execution. The resulting pieces feature the trademark graphic quality inherent in his work. A large life-size Chum acts as a sentry in the space, watching over the works while also playing with scale and proportion.” Best known for his limited edition toys and clothing, KAWS' work can also be in seen in superstars homes like artist/producer's Pharrell's, who considers him one of his favorites. (See Family Guy portrait in back.) 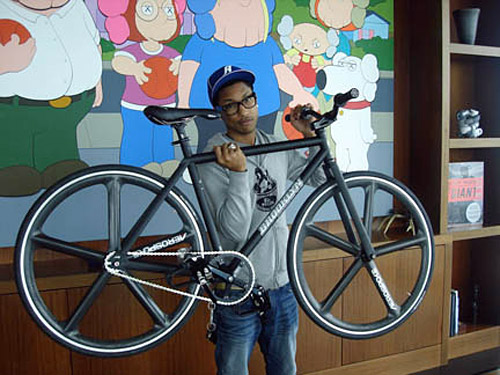 The ever egotistical trendsetter Kanye West is even a fan, commissioning KAWS for a special edition of Kanye's latest album “808 & Heartbreak.” 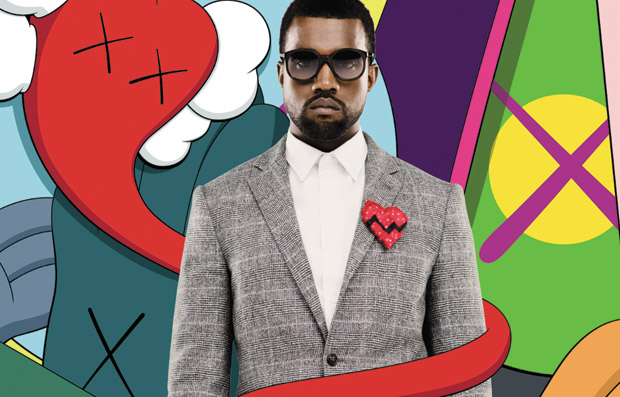