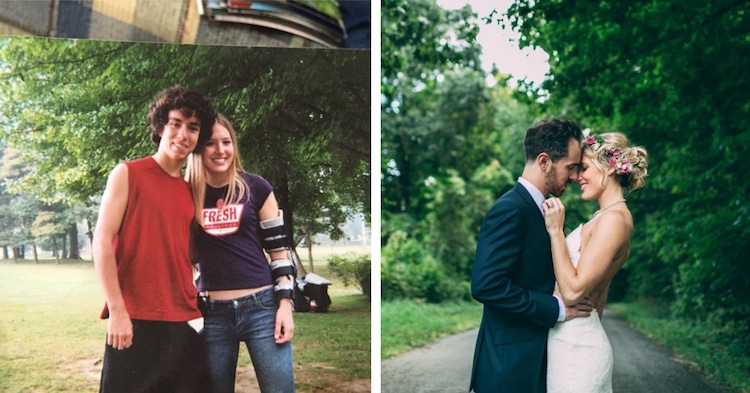 When Kevin Walsh was just 13 years old, he met Blake—his future wife and the “prettiest girl [he'd] ever seen”—at summer camp. While this adorable story seems unreal as is, the details recently recounted by Walsh on Quora make it even more unbelievable.

Described as “a place to share knowledge and better understand the world,” Quora is a community-based question-and-answer site. One prompt that piqued Walsh's interest asked users to explain events in their lives that they thought could only happen in movies. While amazing stories ranging from surprise celebrity performances to late-night goose rescues started to pour in, Walsh knew that his story was worth telling. “I can't not answer this,” he began.

According to Walsh, after meeting at camp, the childhood friends kept in touch until high school, when they “fell off each others’ radar.” Though they no longer spoke, Walsh did not forget Blake. “I can promise you that not a day went by that I didn't think about that girl,” he confesses. “Even now I'm not sure I can say why – something about her just stayed with me.”

During his senior year, “dumb high school stuff” led Walsh down a dangerous path. After writing a suicide note, he was ready to take his own life—until, out of nowhere, he received a phone call from Blake. “I asked her what was up and she said she just felt like she had to call me,” he explains. “At that point it had been a year since we had spoken, and at that moment she just had to call. Long story short, she pried, I spilled the beans and she talked me out of it.”

Swayed by the serendipitous encounter, Walsh promised to call her the next day. And, after hanging up, he “started writing the words which, ten years later, [he'd] propose with.”

Now, the pair is married, proving that happy endings aren't just for fairytales.

Prompted by a question on Quora, Kevin Walsh shared a powerful love story about how his best friend saved him from committing suicide when they were teenagers. 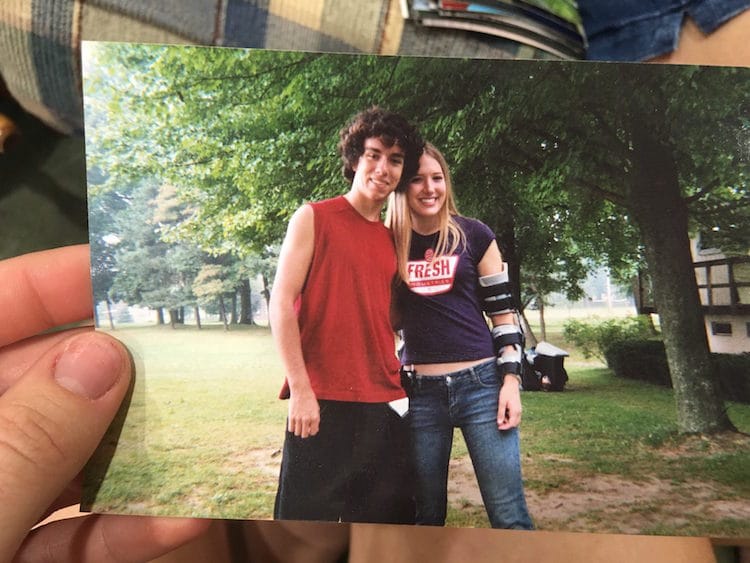