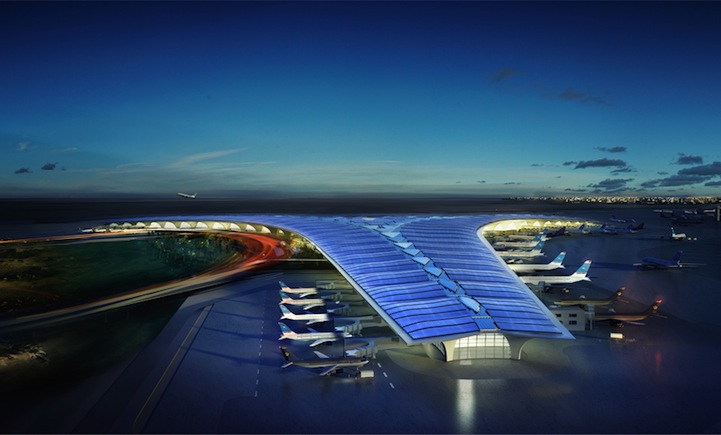 London-based firm Foster + Partners, have just released the design for the new Kuwait International Airport. The proposed airport will be able to handle 13 million annual travelers with the ability to expand to 50 million if needed. It will also provide relief from one of the Earth's hottest climates.

Made up of three symmetrical wings that will extend nearly a mile each, the airport will also include three levels each specialized for departure, arrivals, and baggage. To make the airport more user friendly and less confusing, there will be very few vertical changes. The continuous single roof will have glazed openings to allow in natural sunlight and extend to an outdoor canopy providing shade over the entrance area.

The airport will be extremely significant to both Kuwait and the world as it hopes to be the first passenger airport to achieve environmental accreditation. This is due to the concrete structure acting as a thermal mass and the solar panels found on the roof.

The design of the airport gets its inspiration from Kuwait's traditional Dhow sailboats and, as Mouzhan Majidi, the chief executive of Foster + Partners says, will hopefully be “a new symbol of contemporary Kuwait, which resonates with its rich culture and history.” 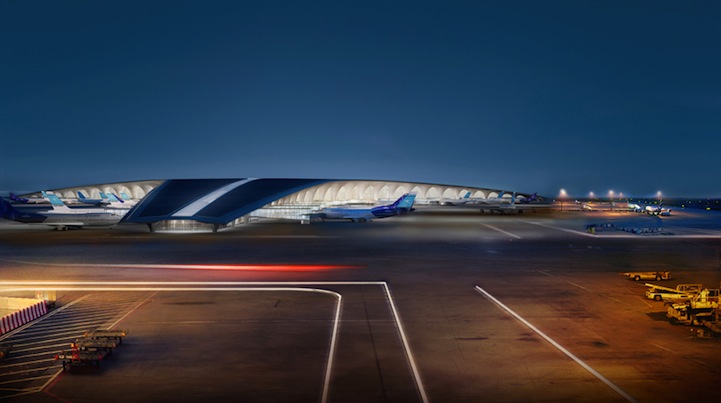 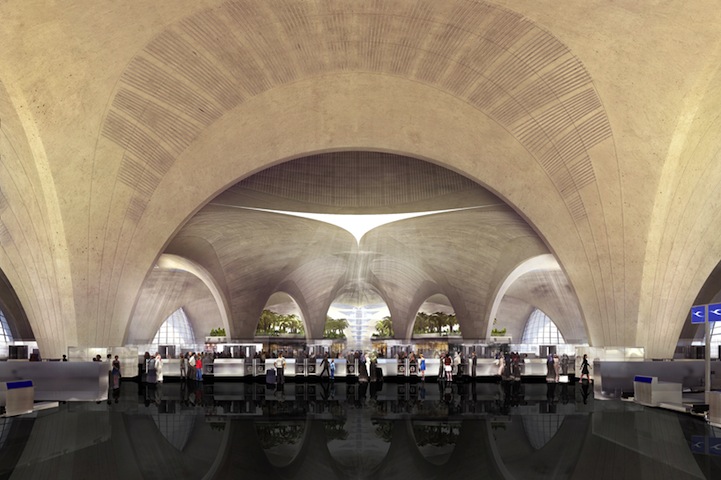 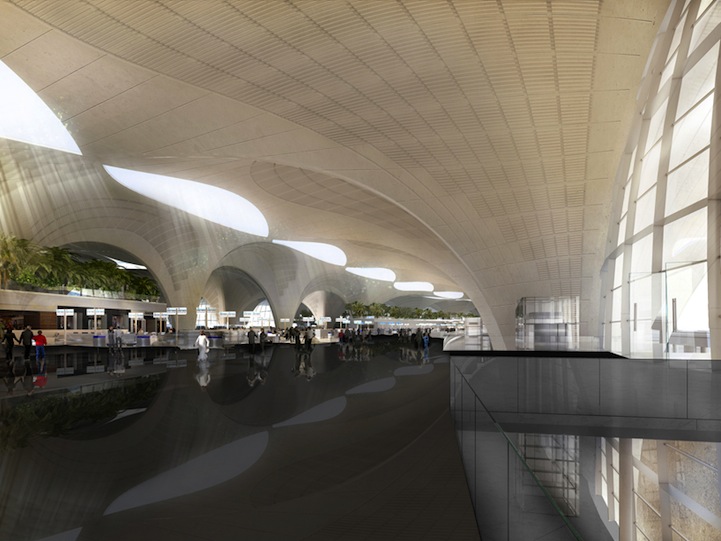 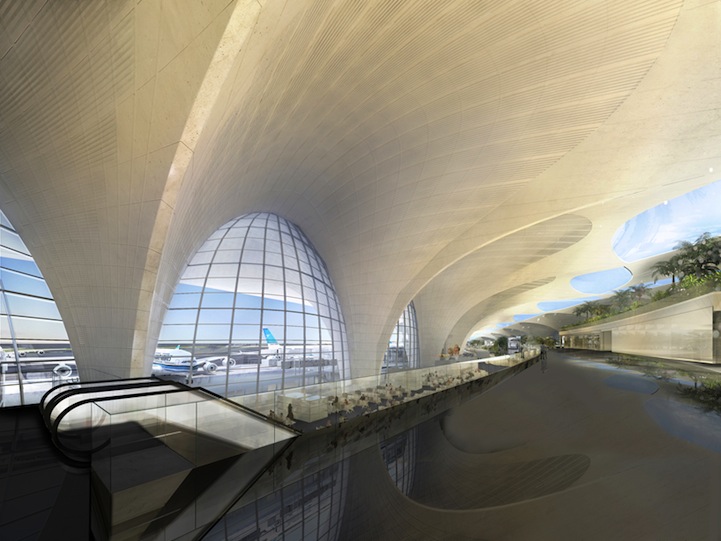 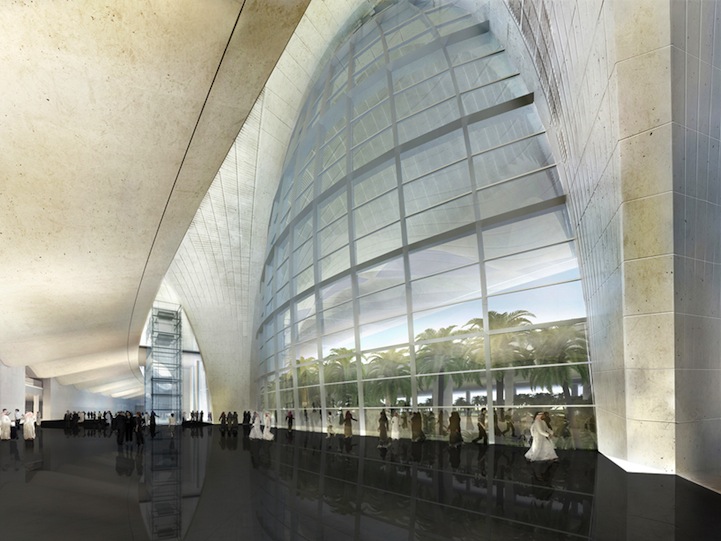 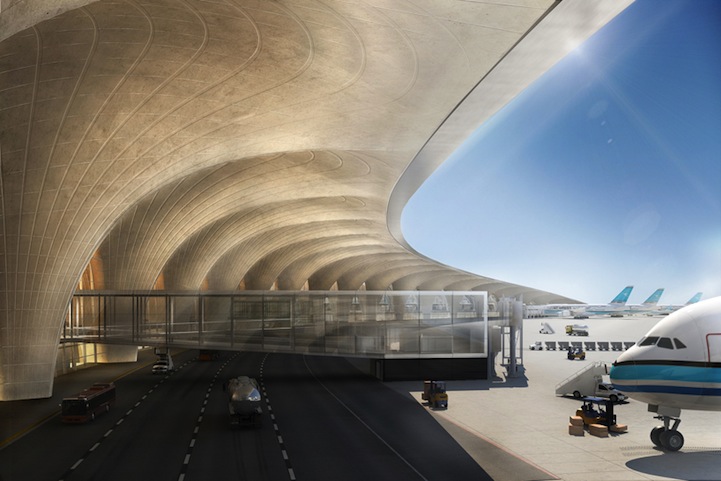 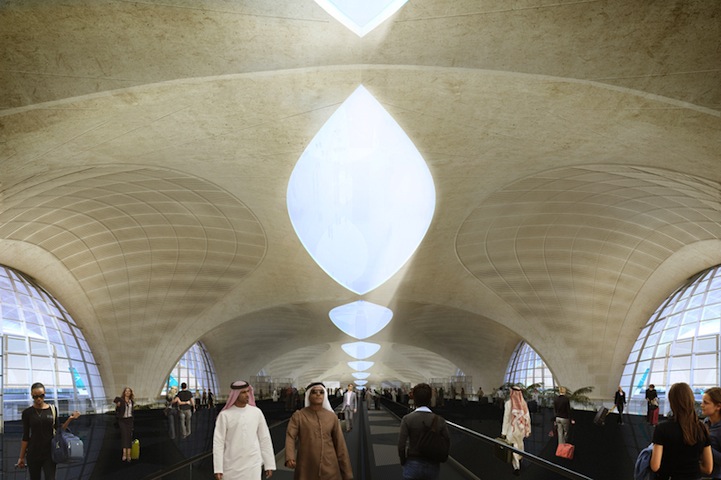 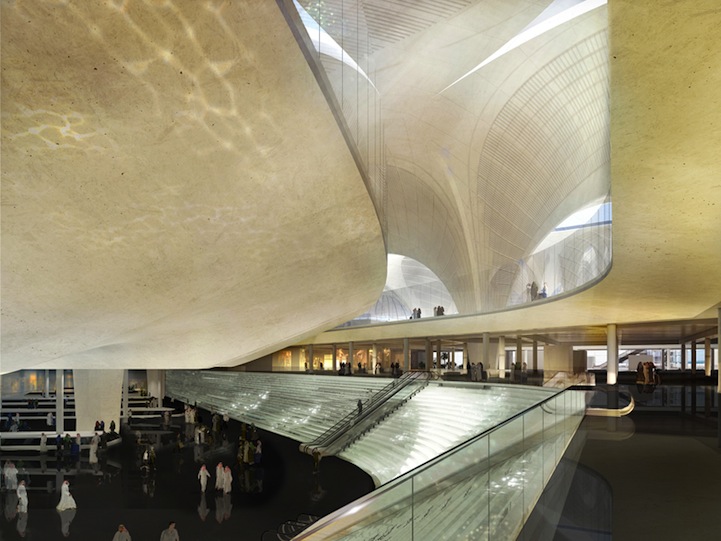 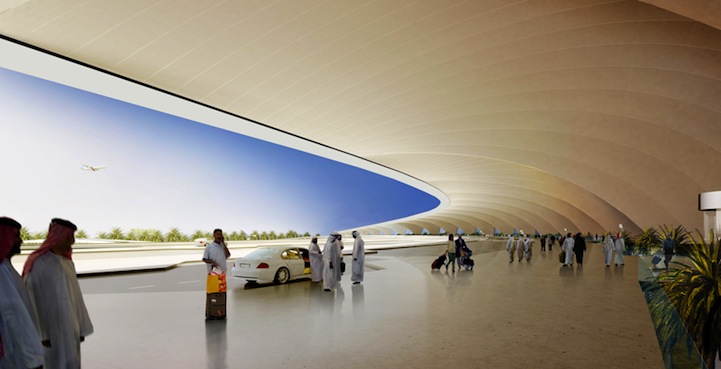 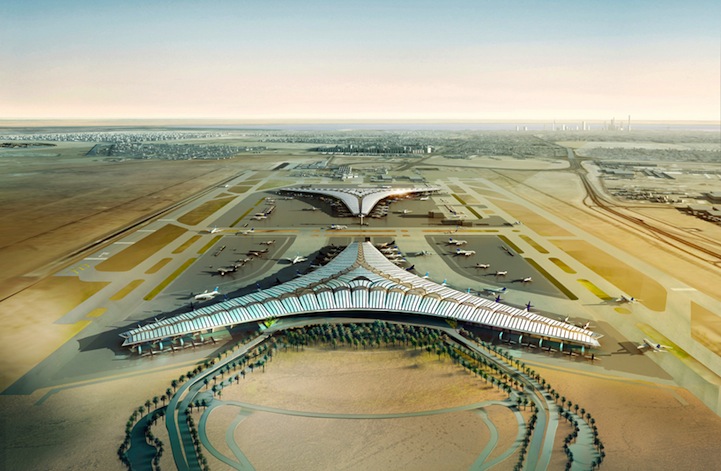 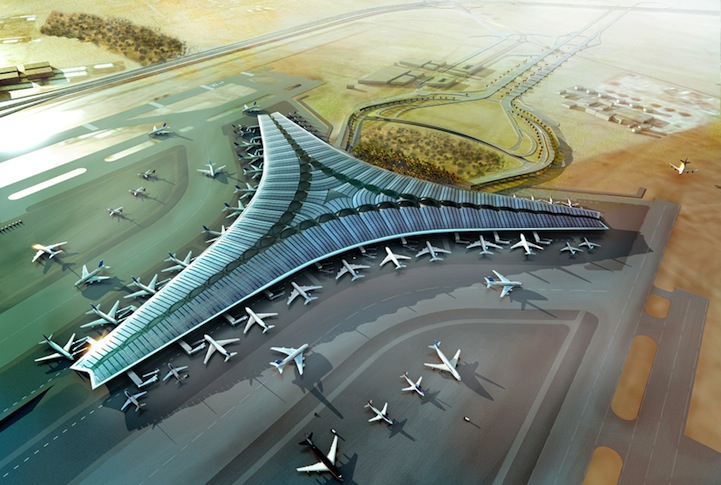