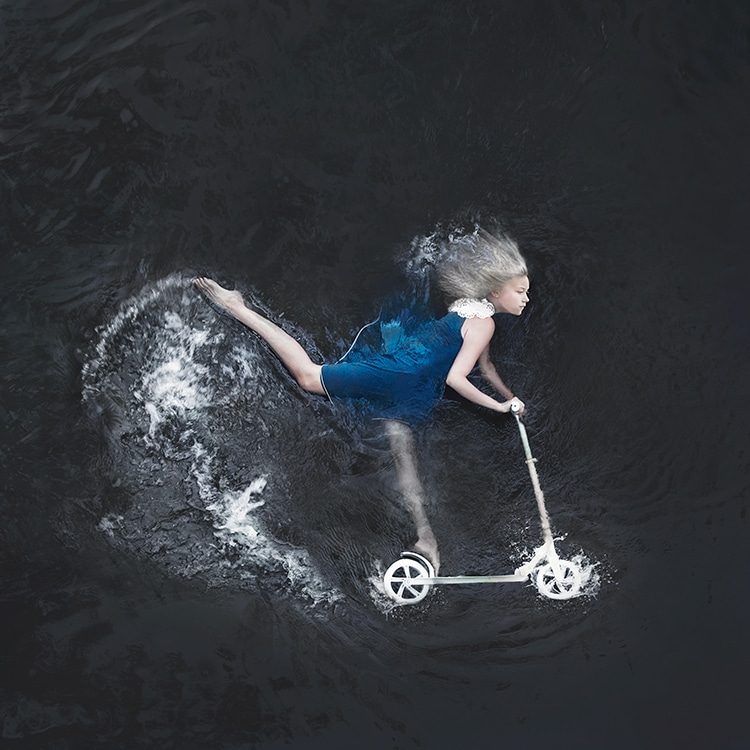 Artist Kylli Sparre explores the relationships between people and their surroundings in fantastical photography that combines portraiture with theatrical compositions. This ongoing series of images star enigmatic women who dance, bend, and stand in passive serenity—regardless of the eccentricities that surround them. As a result, each image appears to exist in its own bewitching surreality.

“What drives me to keep making pictures is the wish to find this ‘something' in an image that would touch a chord with me,” Sparre explains to My Modern Met. She emphasizes that finding the surprise element is central to her creative practice. “I rarely start with a definite idea. I do have [an initial] thought, but I try to keep an eye on something unexpected.” To do this, the Estonia-based artist is continuously experimenting with different technical processes, like movement and exposure time, as well as uniting different images together in digital photo collages.

Sparre's background in dance plays a major role in the formation of her photographs. The dynamism of her subject's poses creates a dialogue with the surroundings. One woman dances while half-covered by a swirling, white bedsheet. The folds of the fabric almost disappear into the storm clouds above her. Another young girl “skates” over the water on her scooter and her ballet-like pose kicks up a wave. In both pictures, it's the subjects' restful expressions that imbue these otherworldly compositions with a sense of peace and therefore, also a sense of wonder.

Scroll down to see more fine art photography by Sparre, and follow the artist on Instagram to keep up to date with her latest creations.

Artist Kylli Sparre explores the relationships between people and their surroundings in fantastical photography. 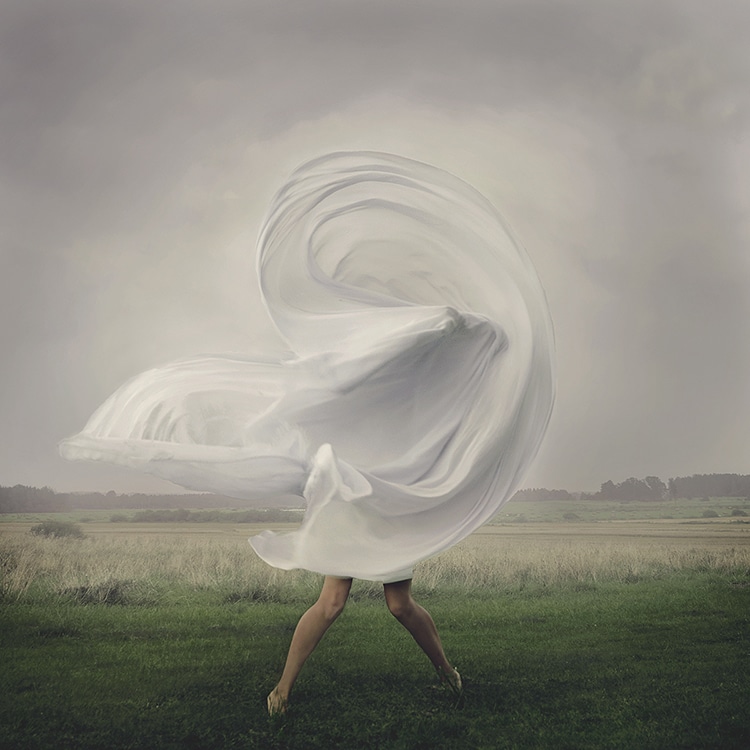 Her work is inspired by the movement of dance as well as theater. 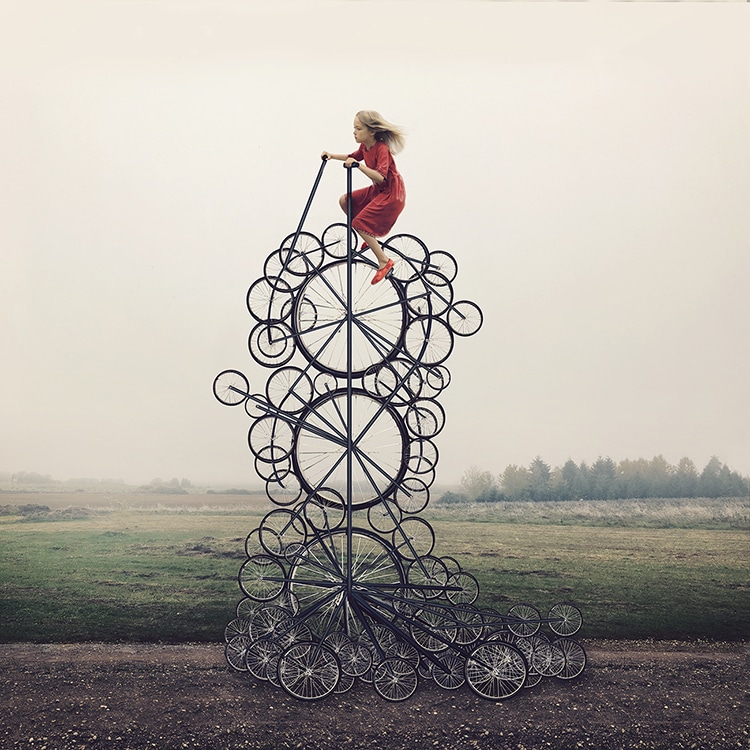 Sparre tries to imbue each picture with “something unexpected.” 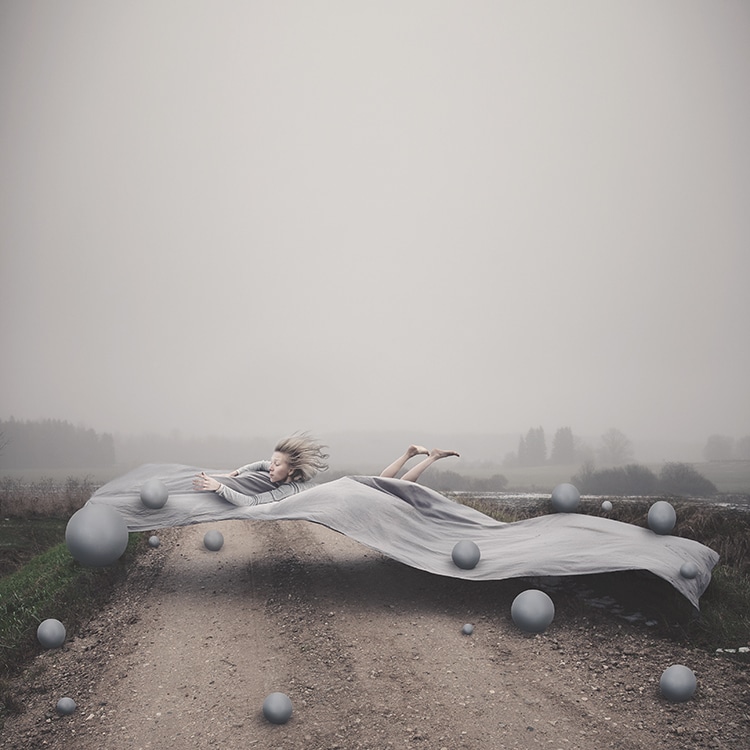 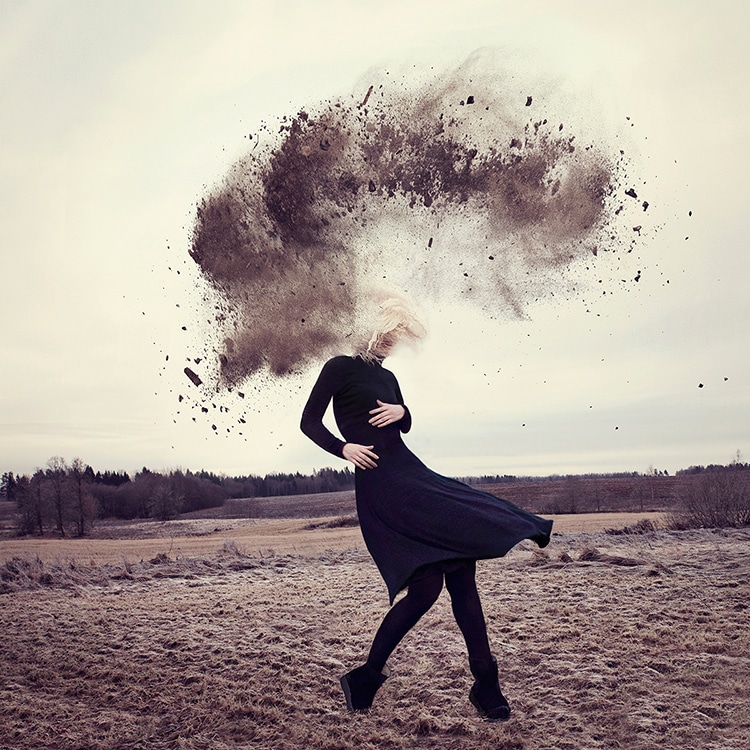 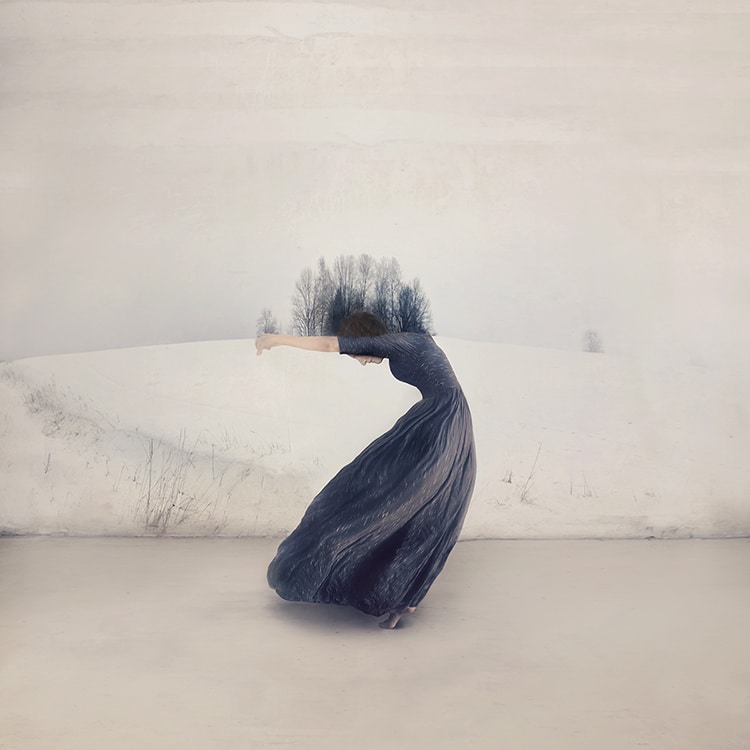 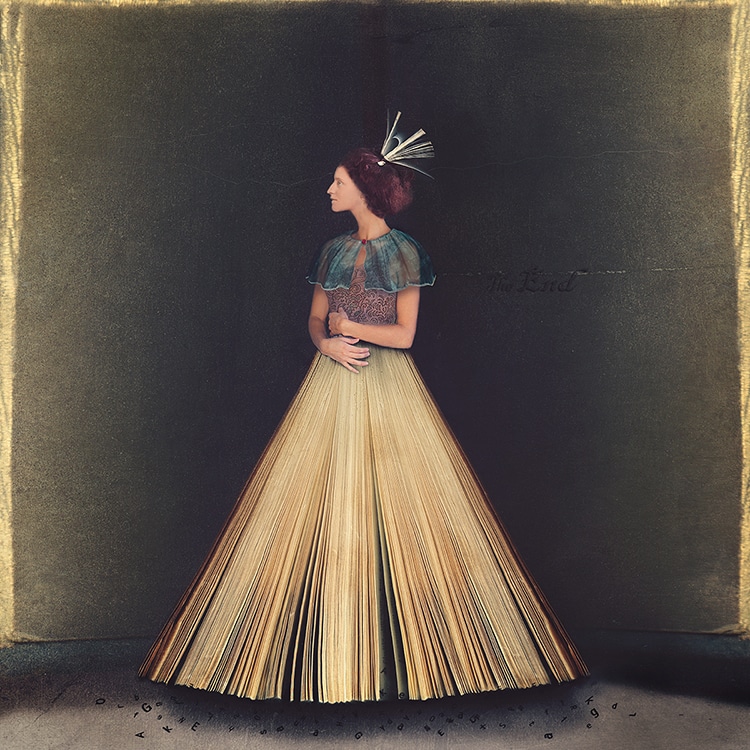 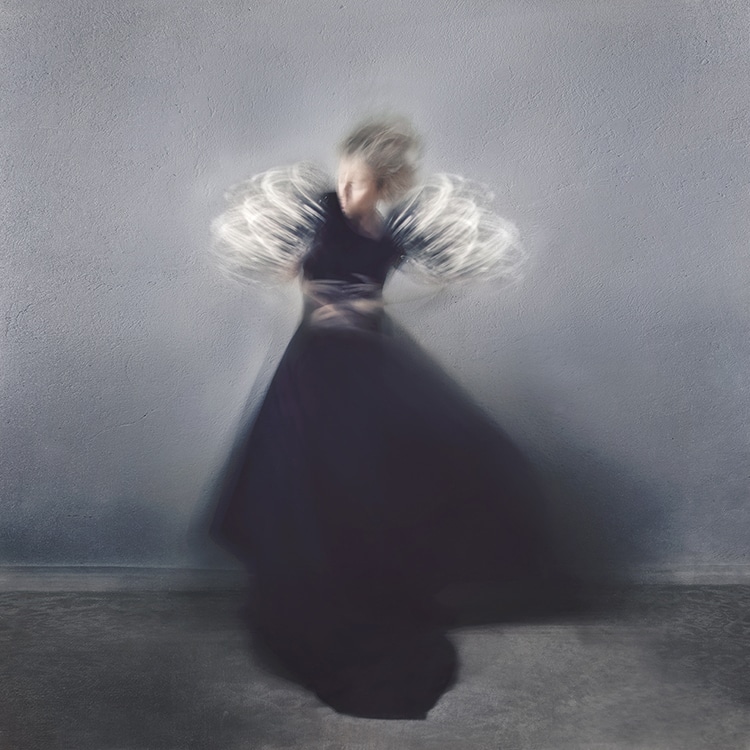 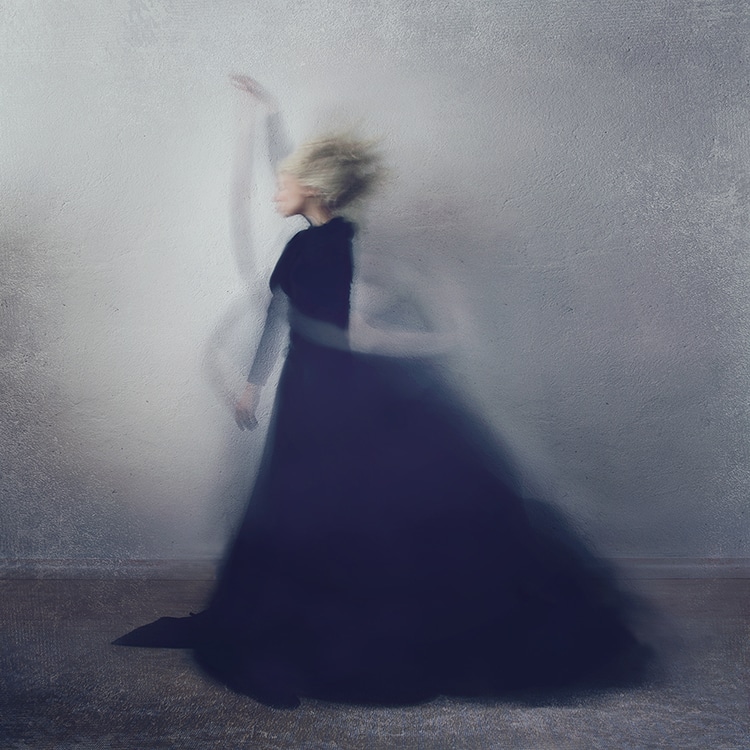 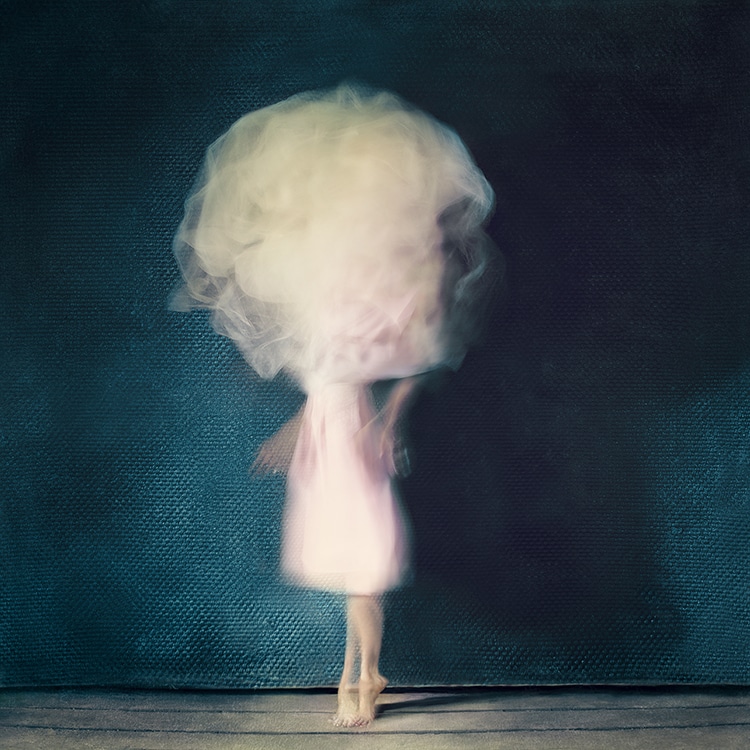 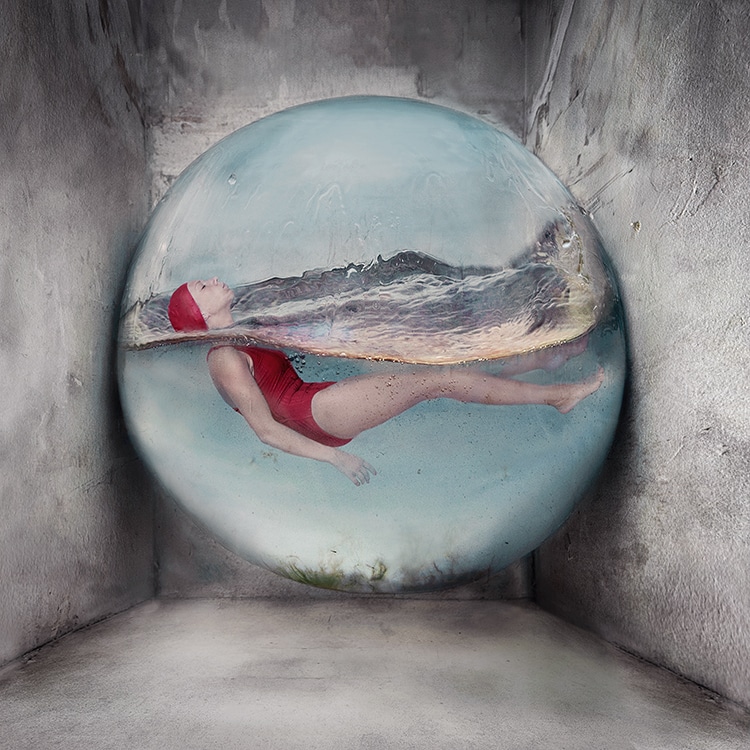 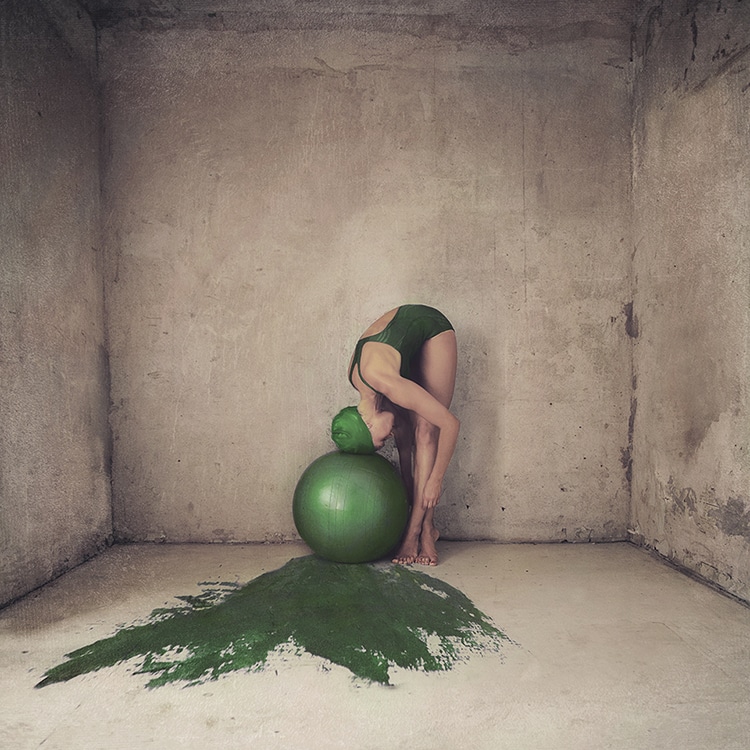 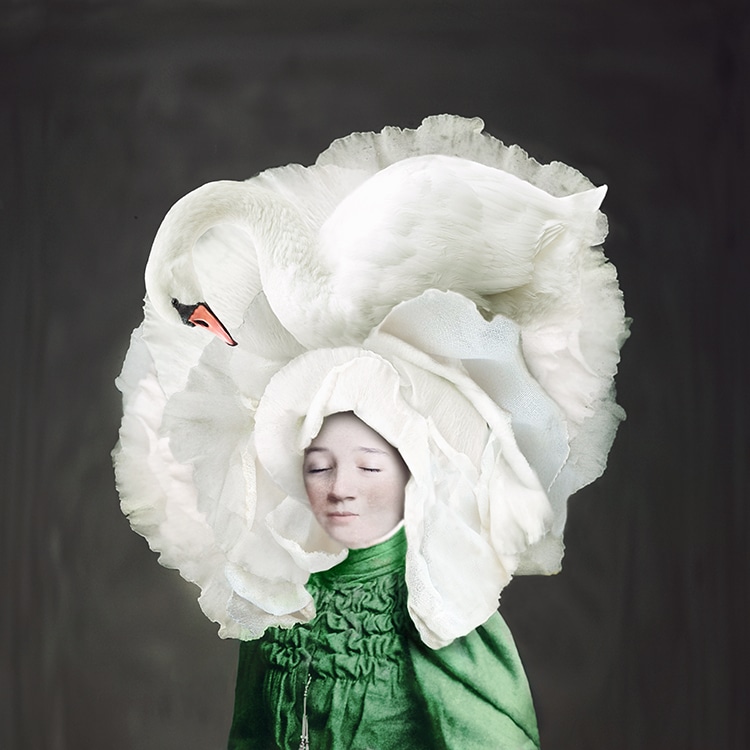