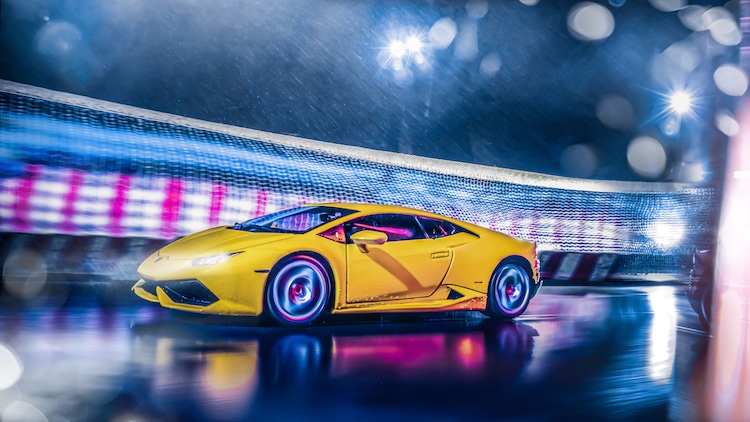 Professional photographer Kunal Kelkar spends a lot of his time around incredible automobiles. But with the current lockdown limiting his ability to go outside and do the work he loves, he had to get creative. Inspired by a Lamborghini project that fell through, the automotive photographer decided to stage his own photoshoot at home using a scale model of the luxury vehicle.

To create a dynamic atmosphere, Kelkar looked around for what he had on hand and found the perfect stage for the miniature car—a treadmill. He got the idea after completing a workout and noting that the treadmill would give the effect of a blurred-out road. Now, he just needed to figure out how to bring his vision to life.

“Once the idea came to my mind, I was keen to test out the scale model on the treadmill, and seeing that it worked, I spent time studying the car angles, the equipment I would need, and the kind of moods I could create,” Kelkar told My Modern Met. “I knew I wanted to shoot at night as that would help keep the attention only on the car, making sure that there was nothing else in the background that would distort the perspective of the 1:18 model. After the creative prep, it was time to figure out how to stabilize the scale model on the moving belt of the treadmill.” 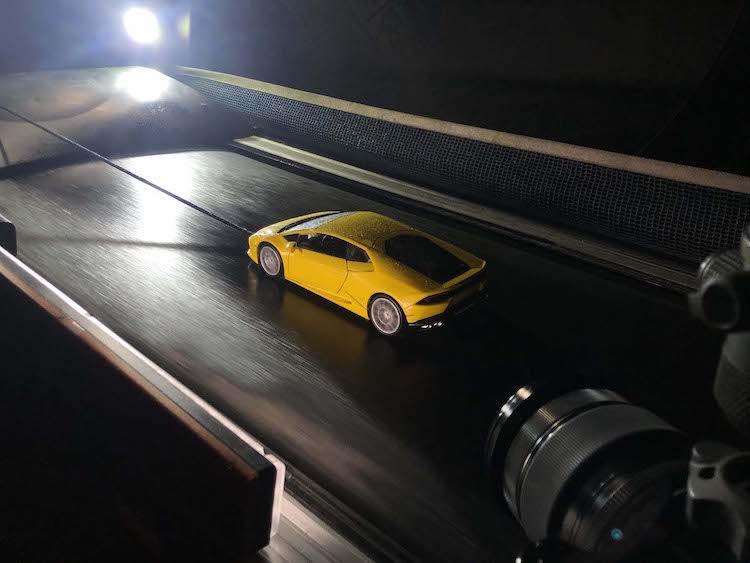 It took about two hours for Kelkar to make all the adjustments necessary and set up the scene, which included holding the model Lamborghini in place with a string attached to the treadmill. Getting the car fixed on the treadmill properly was a big hurdle, as it tended to bounce around. But once he got the technique right, he sprayed a little water over the scene to create some rain and went about his shooting.

For Kelkar, the project was a way to express his creativity even while trapped indoors. And luckily for him, its success has brought new eyes to his portfolio of automotive photography. It was a great learning lesson and he hopes that others can also take something from the results.

“Being limited has brought in a new perspective on creativity. As a photographer that spends a lot of time outdoors and not being able to do that, definitely it's a barrier,” he shares. “But ask yourself, are you a photographer just because of the subjects you shoot or are you a photographer because you have the eye to view the world differently and tell that story through your camera?”

“COVID-19 might have locked you in your homes, but that doesn't mean it has locked your ability to get creative and experiment with the limited resources you have. Observe every little detail and let your mind run free and I'm sure you can come up with loads of ideas to challenge your creativity.”

Automotive photographer Kunal Kelkar is known for his dynamic photos of luxury vehicles. 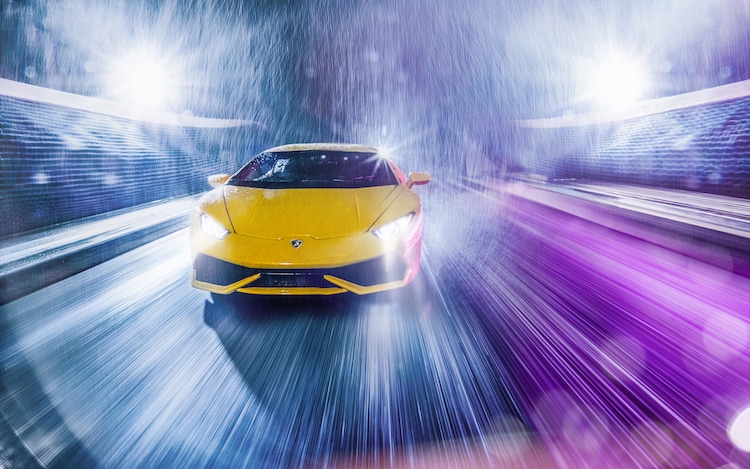 But his latest Lamborghini photoshoot isn't what it seems. 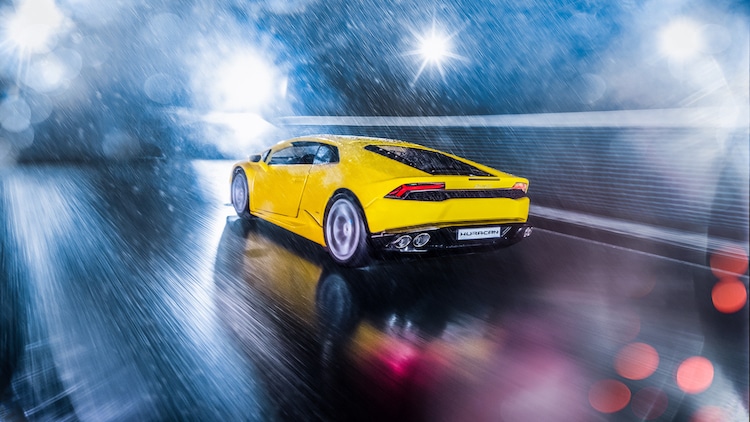 This highspeed drive didn't take place on a rain-slicked road… 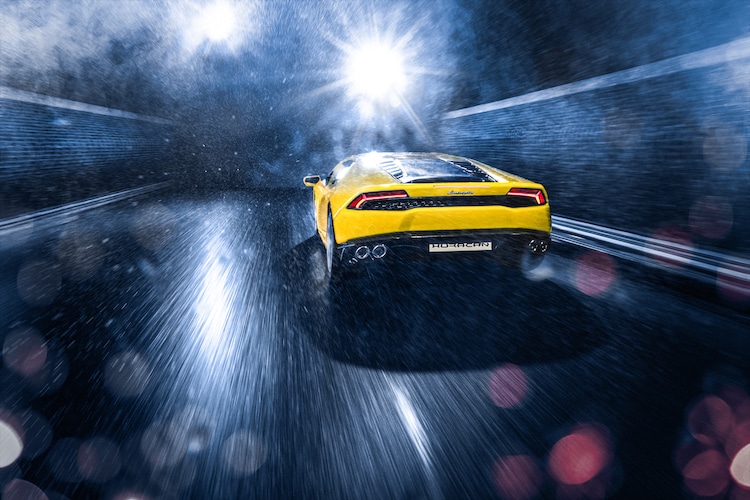 …Kelkar just got clever during confinement and transformed his treadmill into the perfect set. 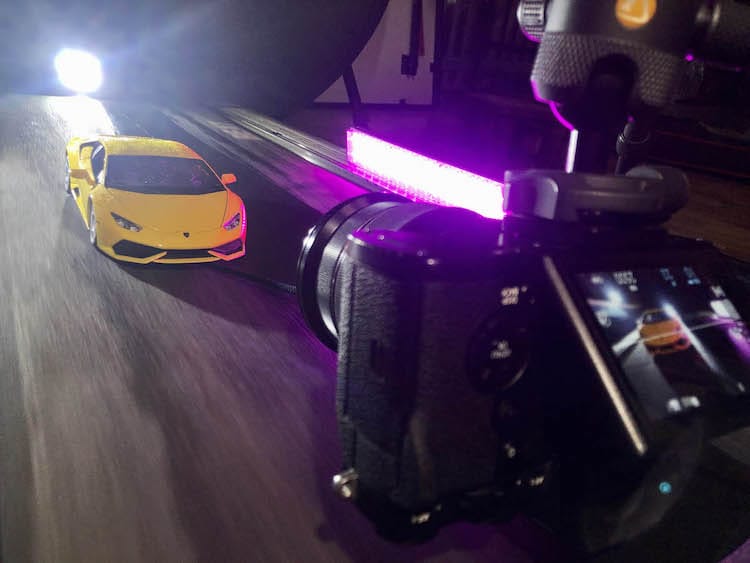 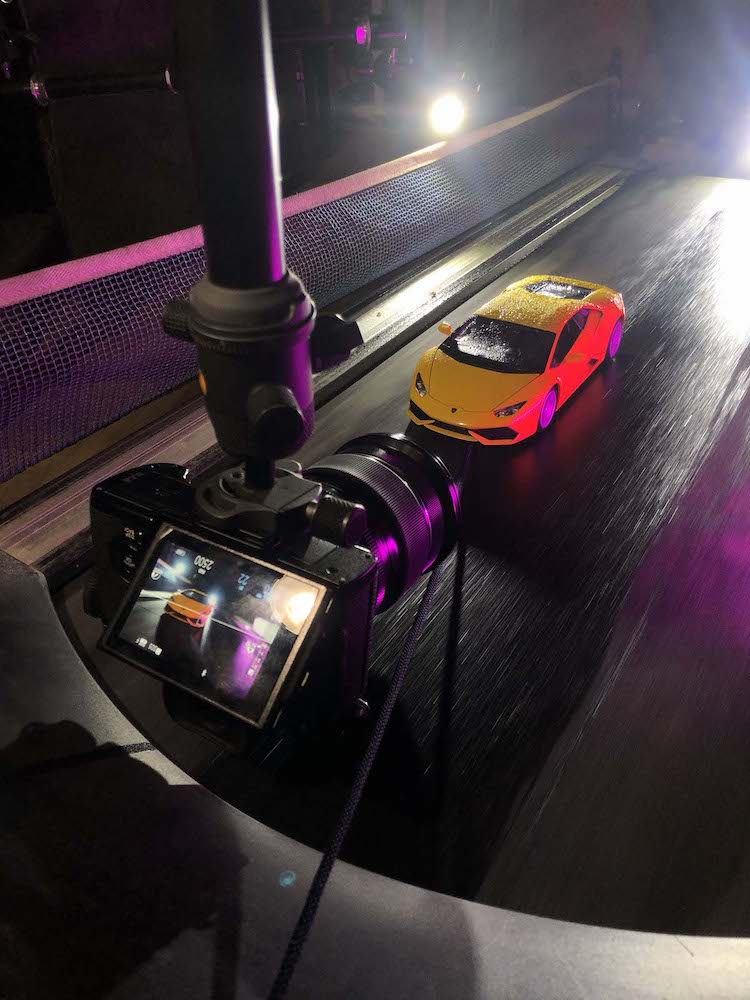 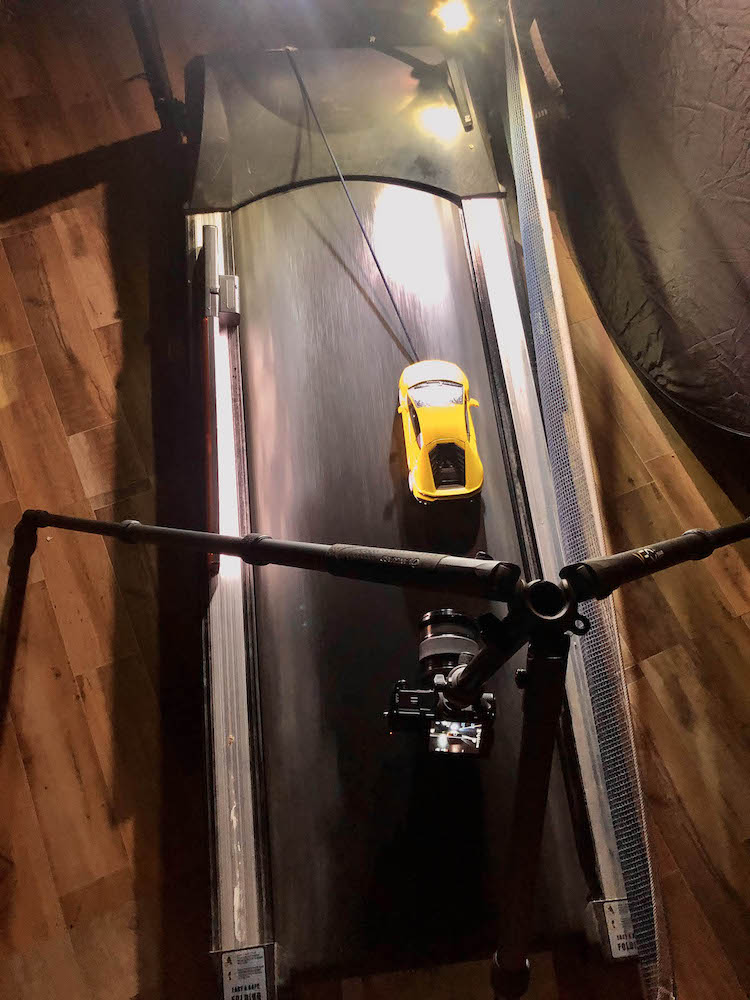 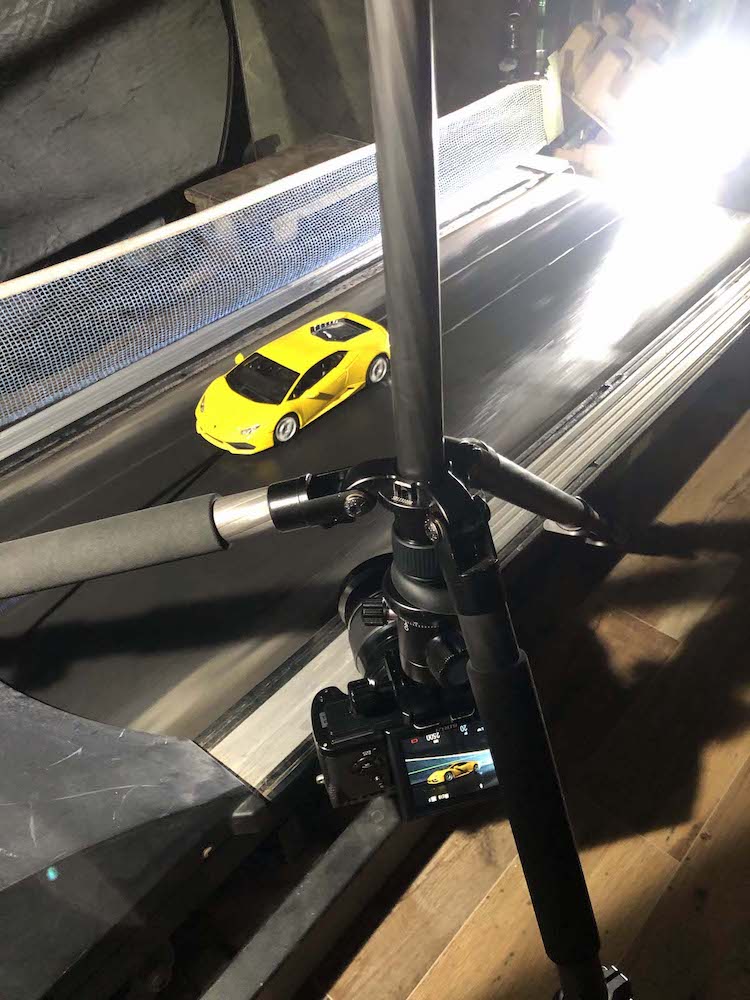