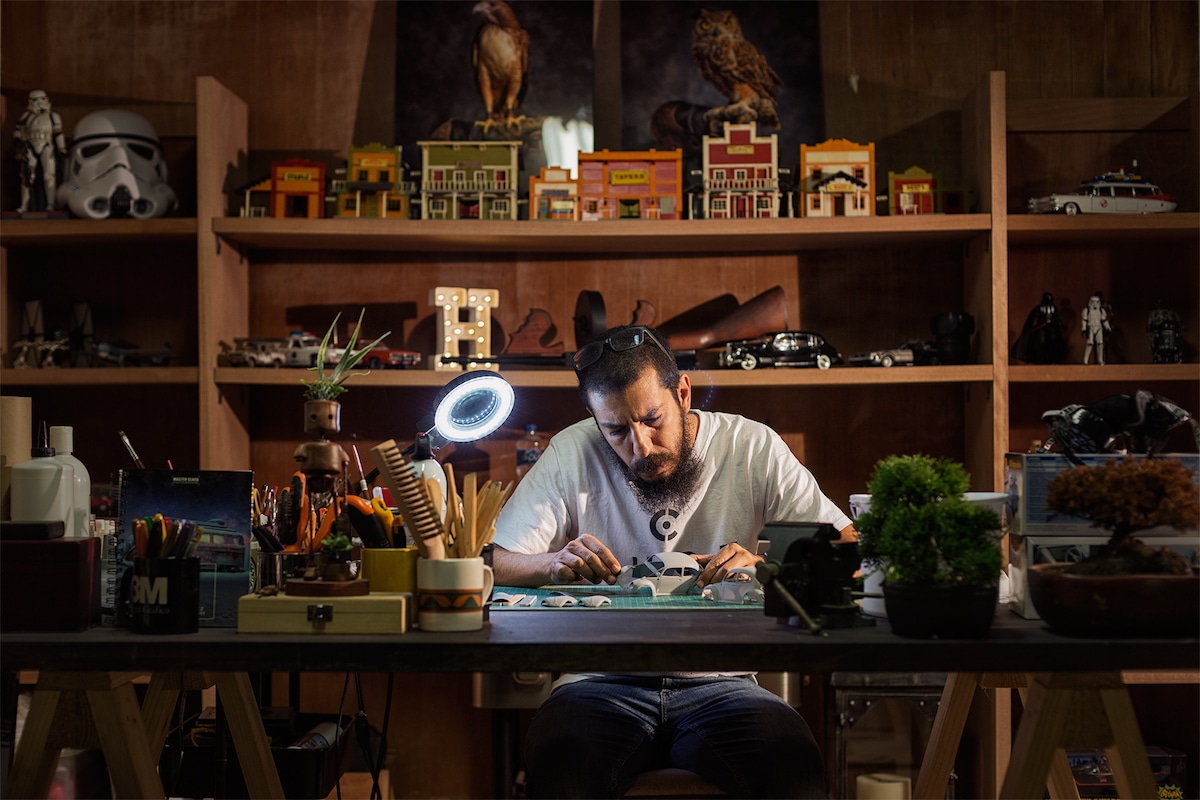 Rather than search for the perfect real-life photoshoot locations, Mexican photographer Felix Hernandez crafts entire miniature scenes by hand. He uses everyday materials and toy props to create whimsical images that transport the viewer into another world. By combining his model making techniques with his eye for photography and post-production skills, Hernandez is able to construct images that look like cinematic adventures.

Hernandez first started creating his miniature scenes 3 years ago when he was asked by Retouching Academy Founder, Julia Kuzmenko McKim, to contribute to Retouched Magazine. The artist decided to try something new—he came up with the concept of creating as much of the scene as possible in miniature, before photographing it and finally digitally refining the image. “I thought that a cool way to tell a story would be doing it without having to spend too much, and not even going out to a location,” Hernandez explains. “Something that you could do in a small studio or even in a room in your home.”

The artist looked around him in search of inspiration. He spotted a scale model of a red Fiat Cinquecento on his office shelves. “The car by itself was an amazing character; it had a great personality and a melancholic feeling. It had enough appealing characteristics to tell a story, a simple tale of what could happen inside that car.” From this initial prop, Hernandez played with scale to create a realistic scene, and even transformed the toy car to appear as though it had aged over many years. After some clever digital manipulation, the final image, titled The Love Car, tells the tale of passion and adventure. Hernandez says, “Through the process of creation, I learned a ton of new techniques, and that’s the cool thing about doing something you have never done before.”

Since then, Hernandez has created several otherworldly scenes in the same way. From a spectacular Back to the Future shoot to an epic enchanted tree, each image showcases the artist’s incredible skills and imagination. “I always say that photography is not portraying what exists in front of you, but portraying what exists inside of you,” says Hernandez. “So for me photography, digital manipulation, crafts, etc. are only disciplines, techniques at the service of creation which allows me to bring my ideas, thoughts, and dreams to life.”

Scroll down to see some of Hernandez’s fantastical images, as well as behind-the-scenes shots that give a glimpse into his process. 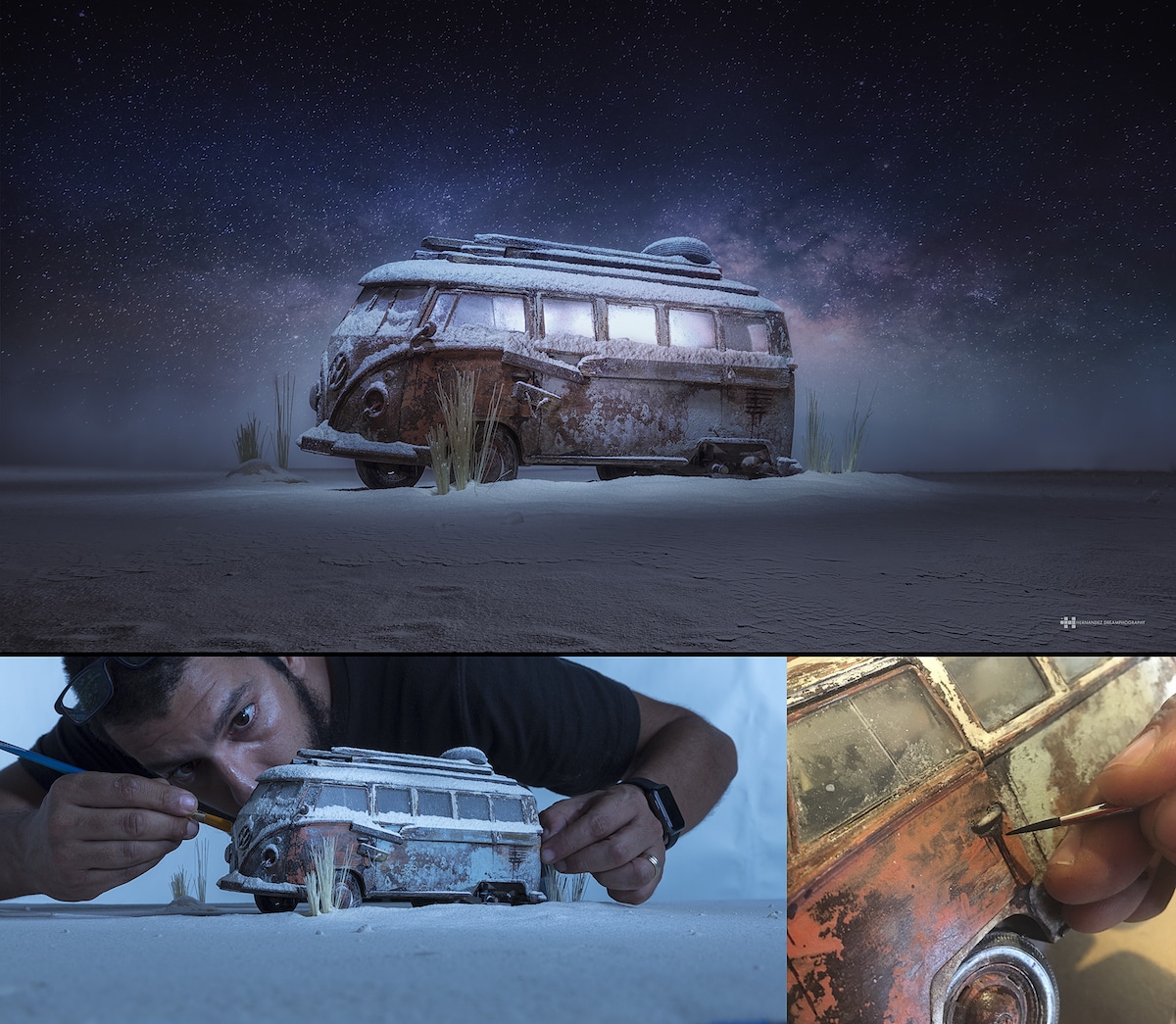 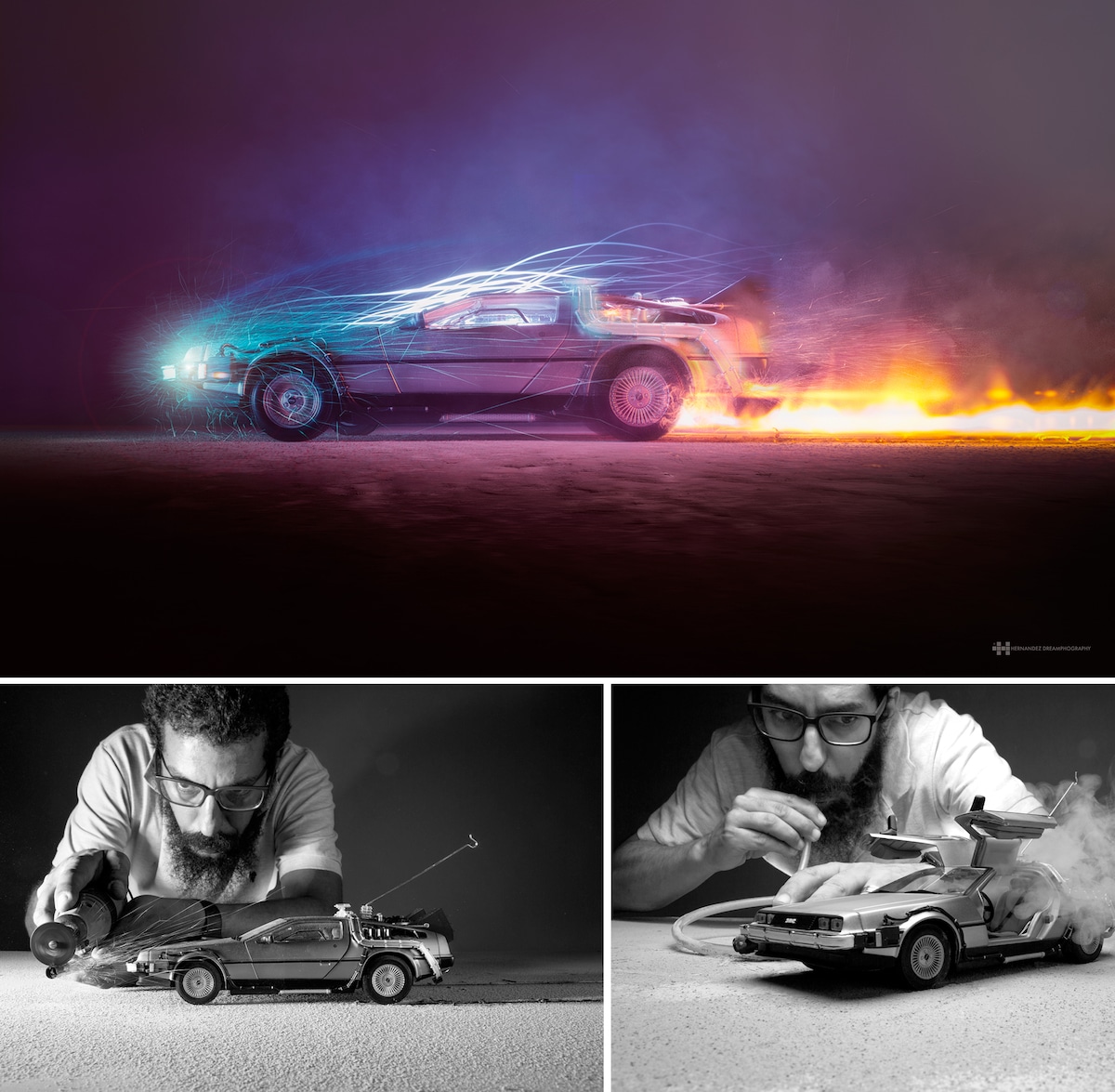 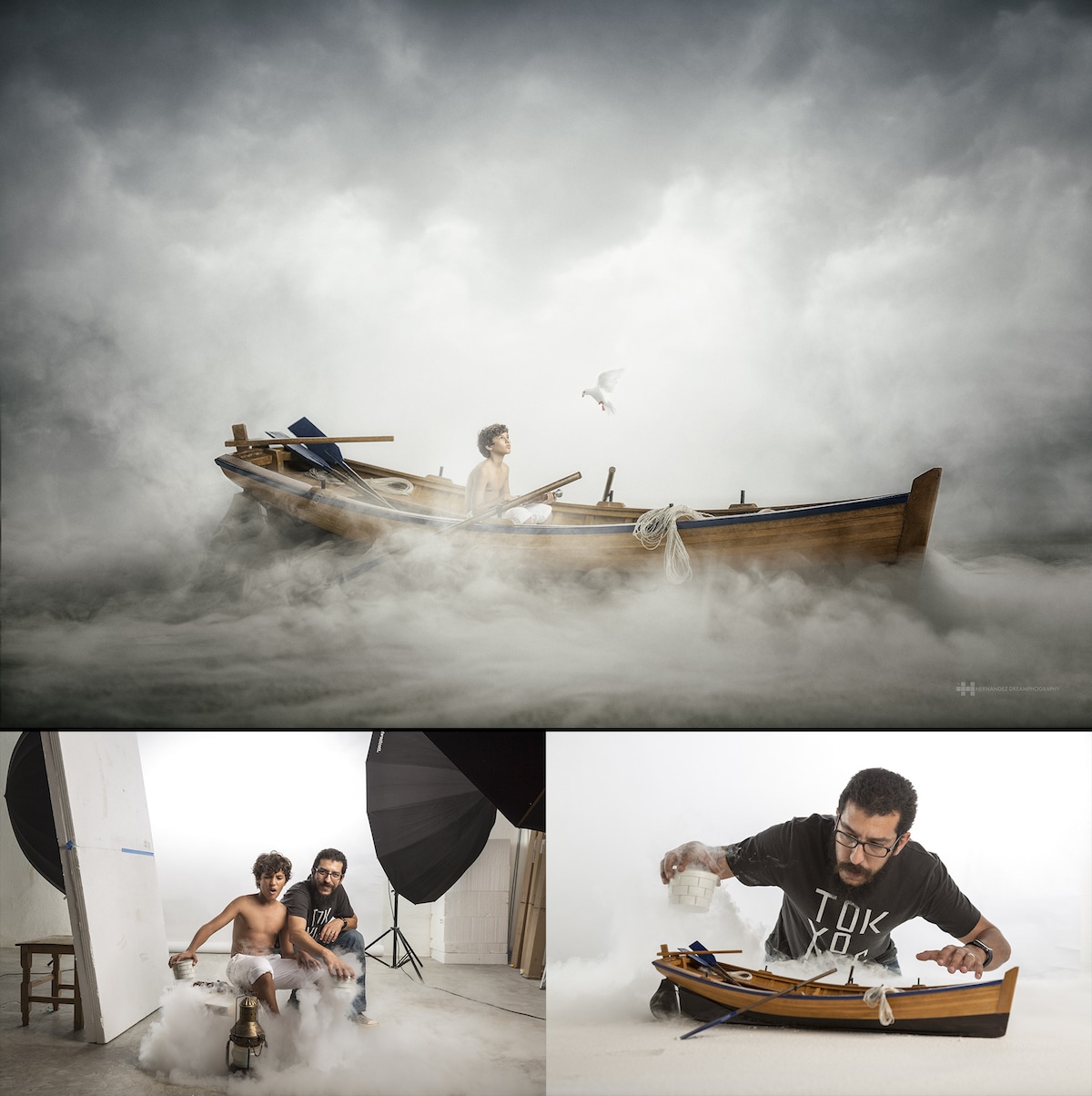 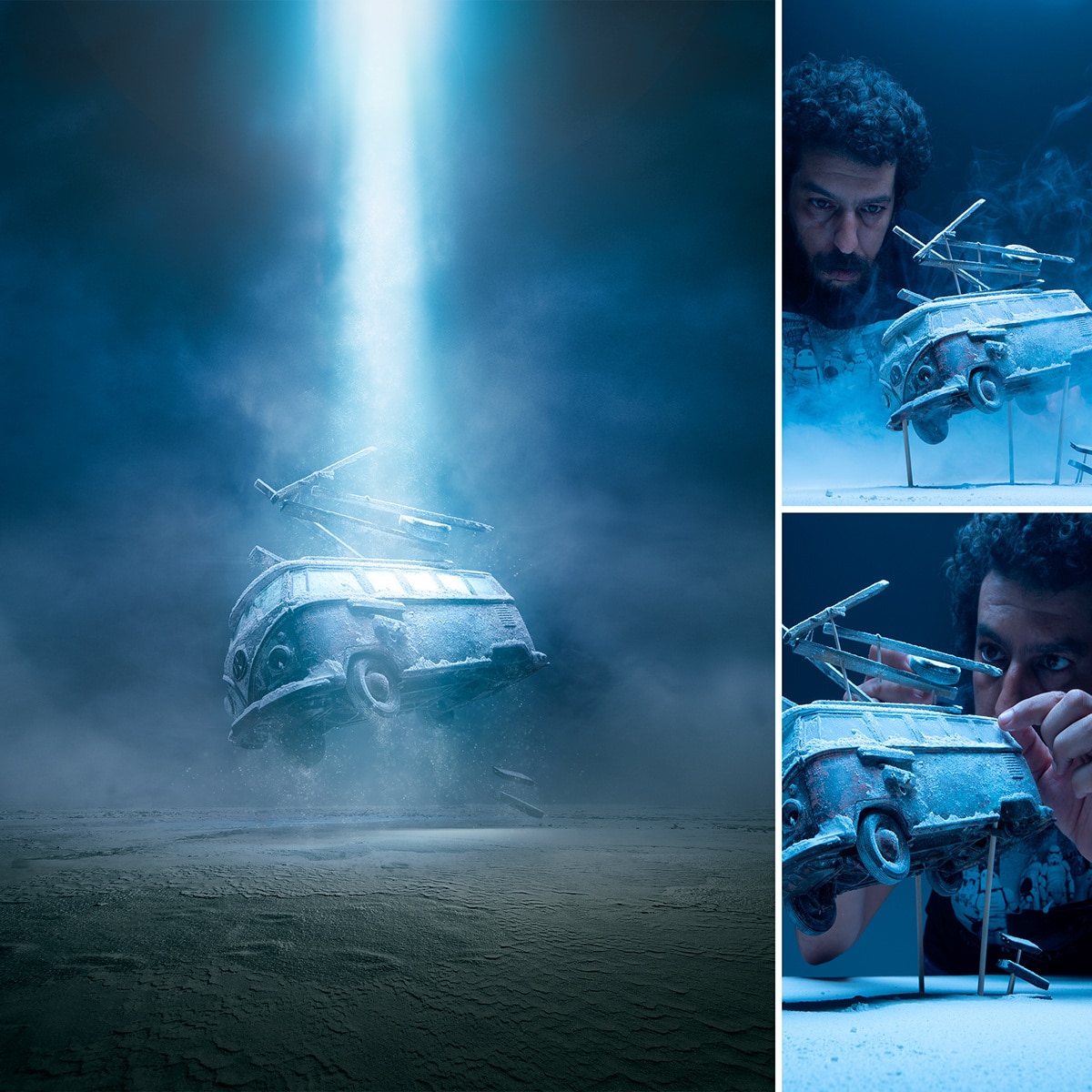 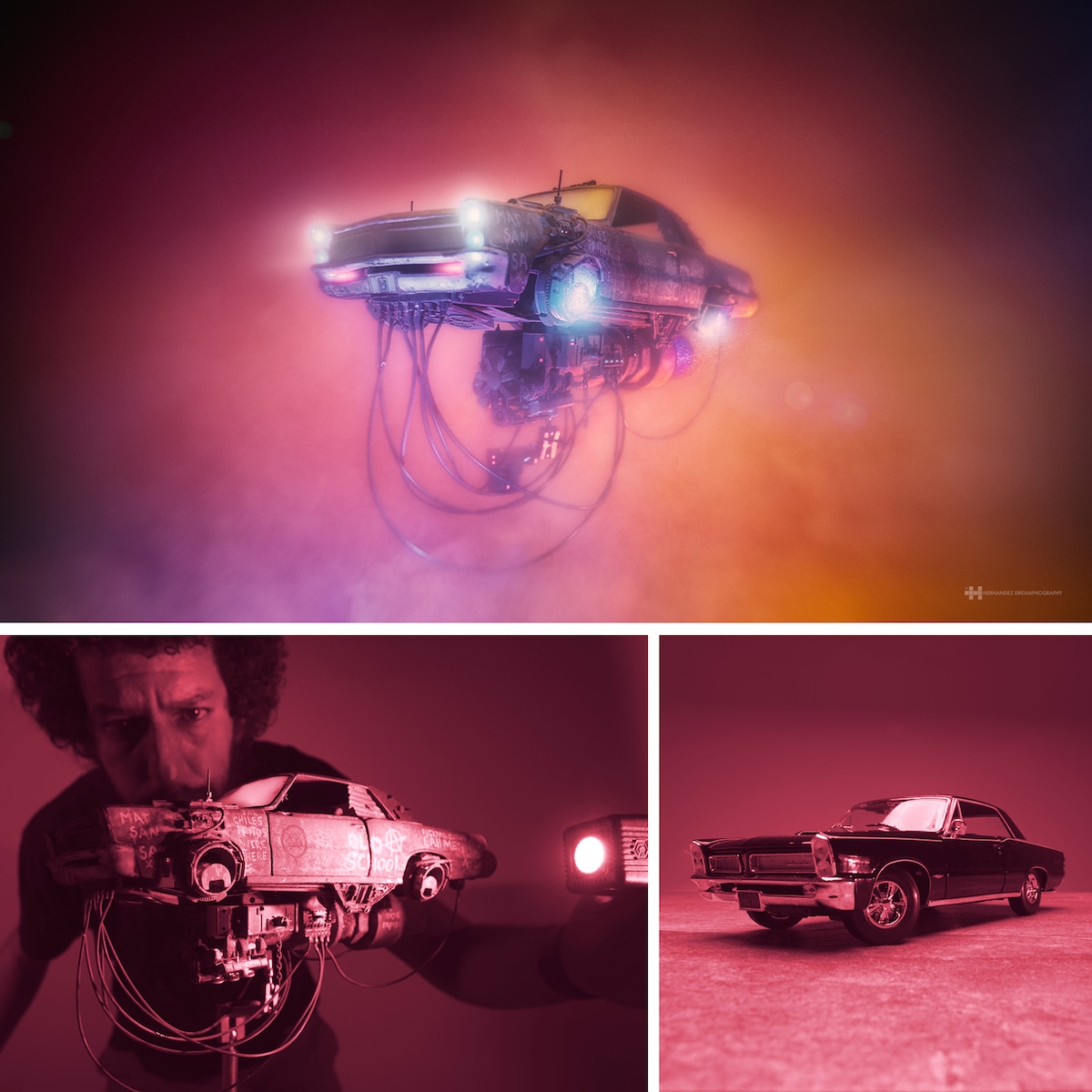 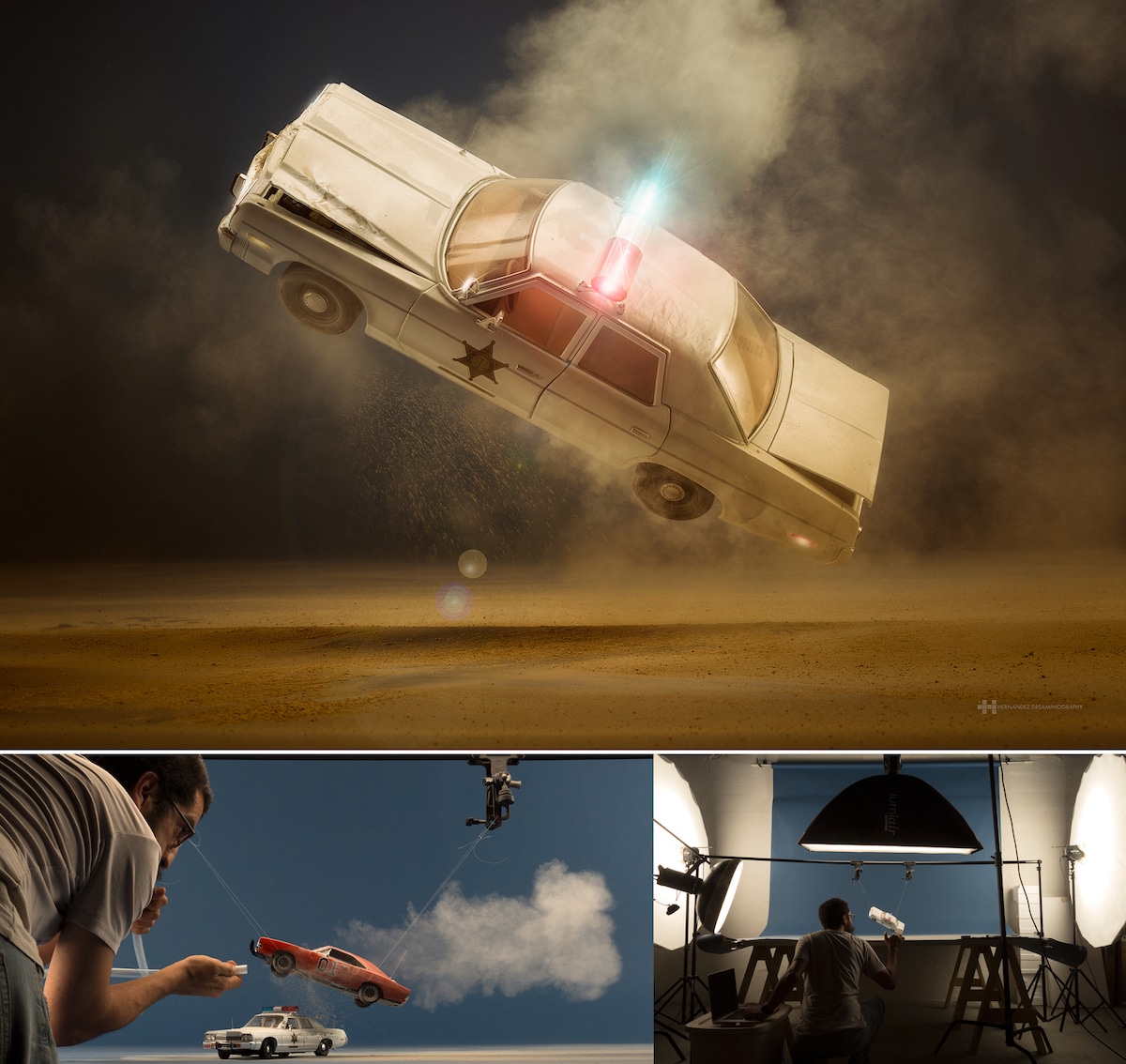 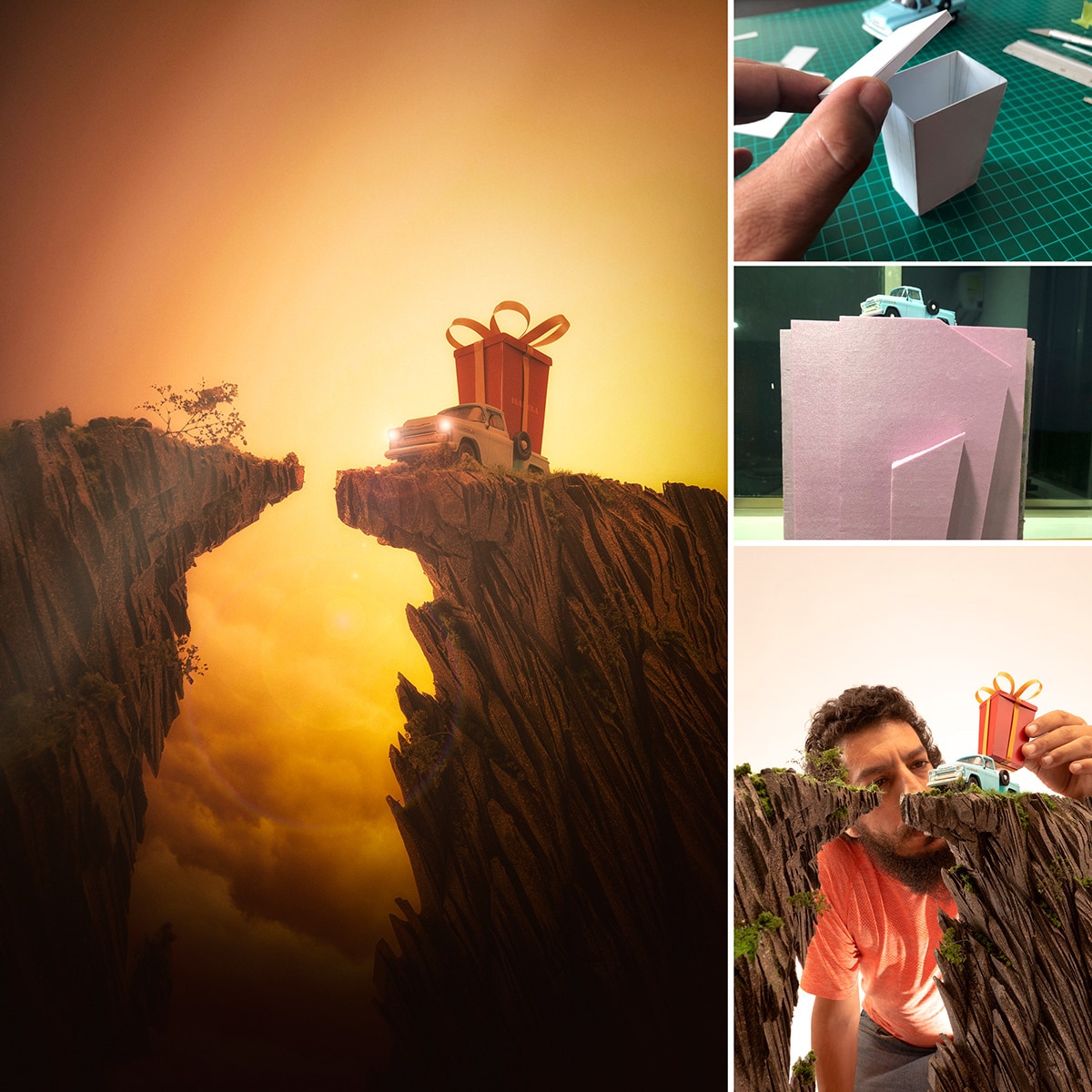 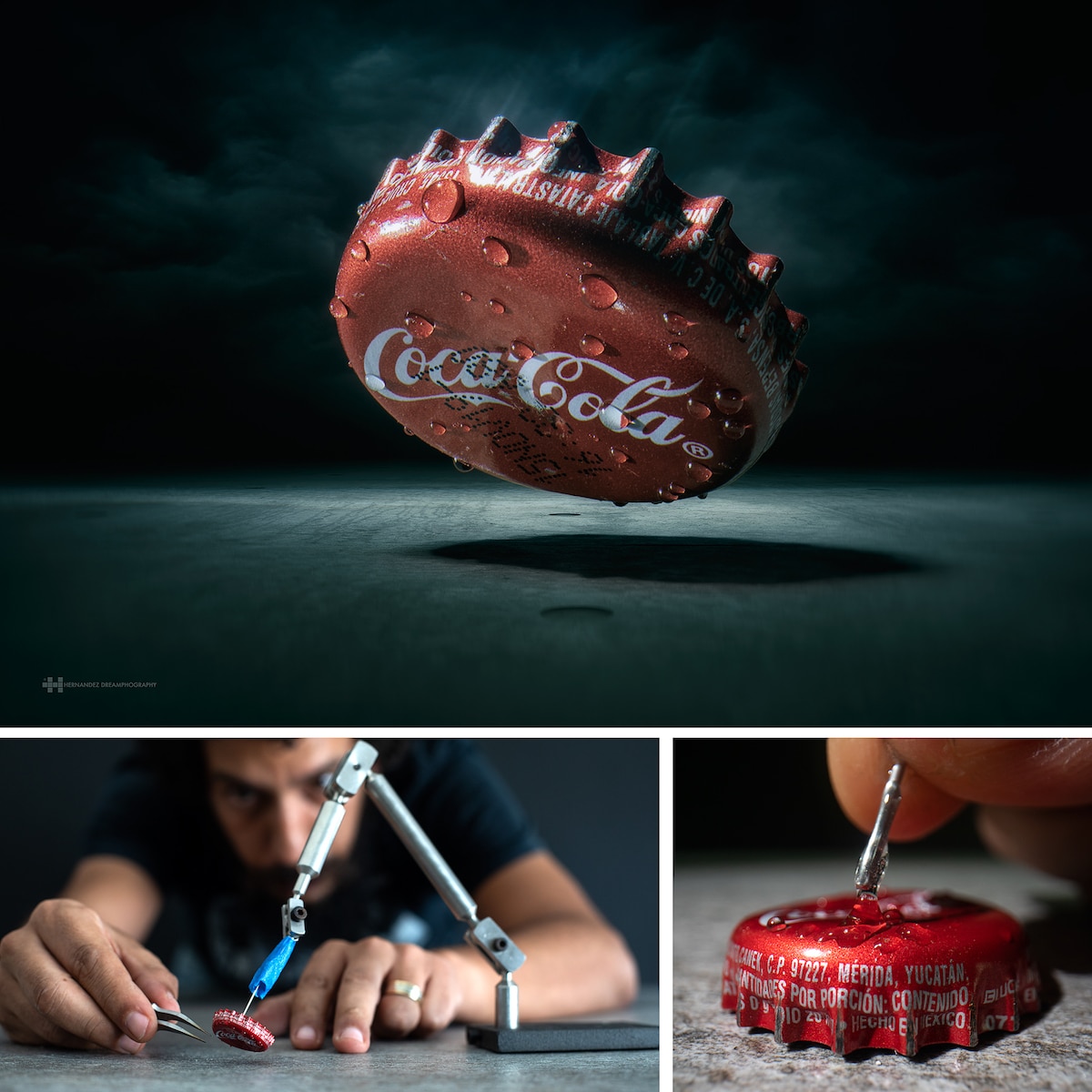 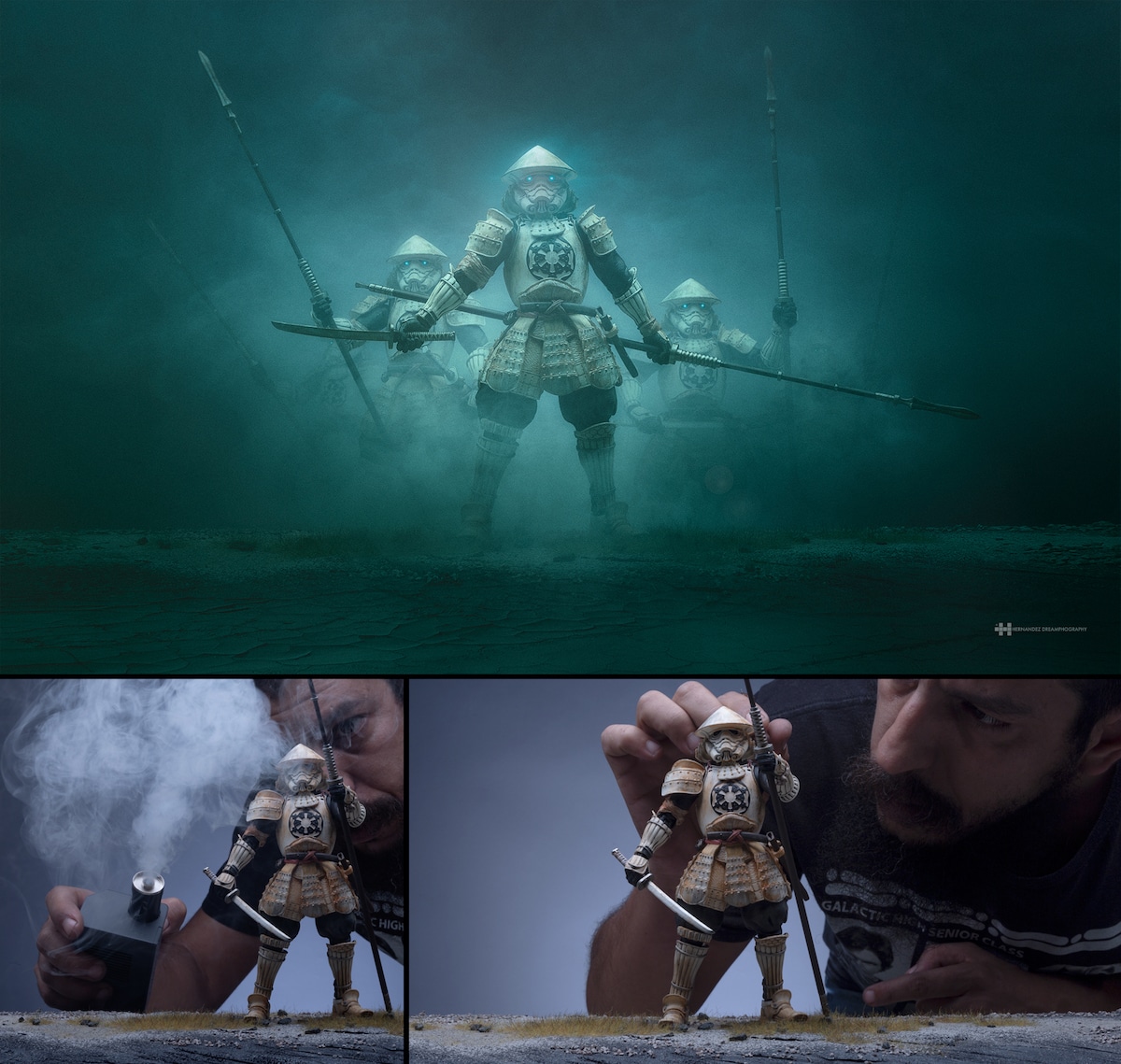 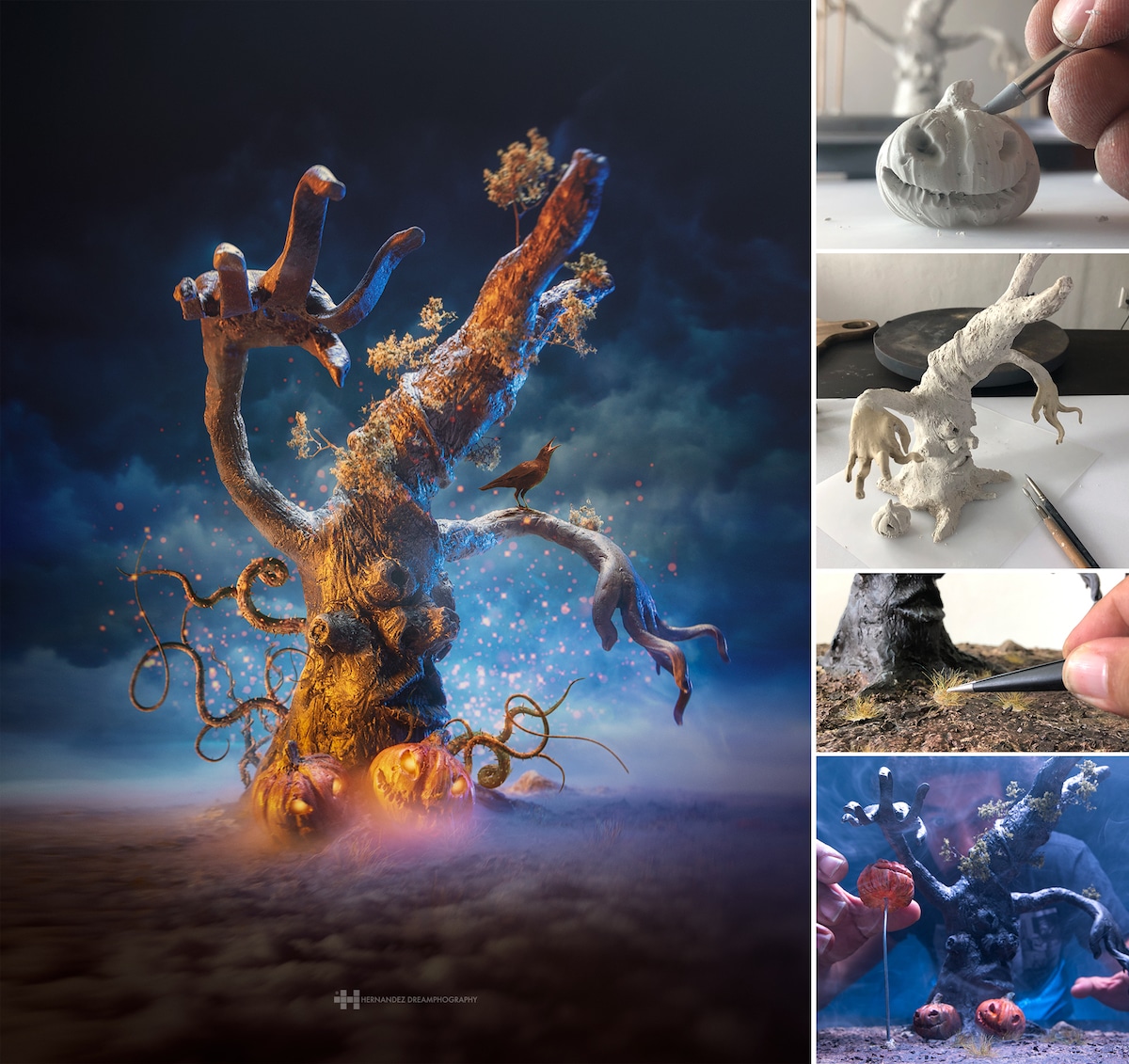 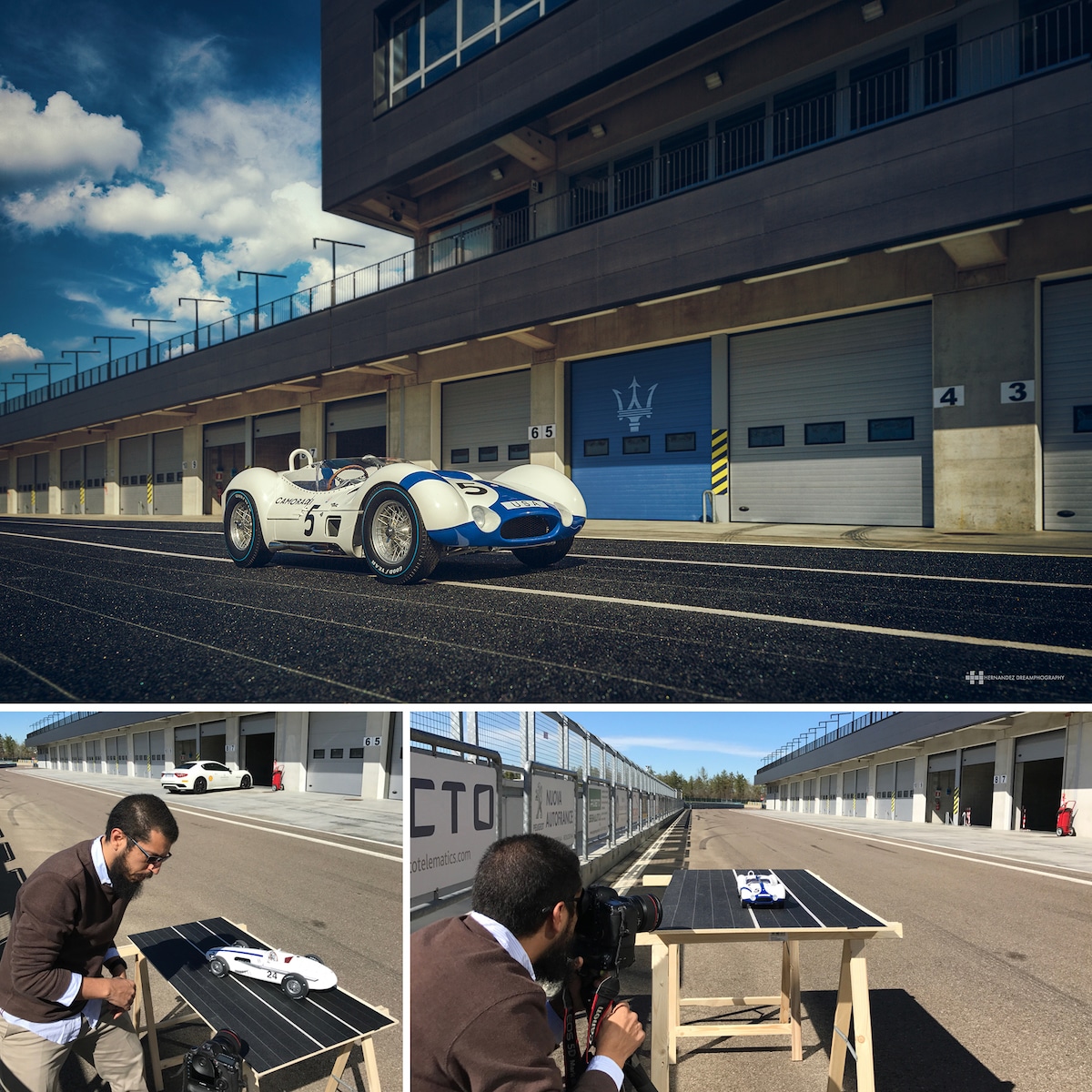 Artist Constructs Heartbreaking Image Reminding Us to Love the Earth

Like this photographer's work? Share
Like My Modern Met on Facebook
Get Our Weekly Newsletter
Become a
My Modern Met Member
As a member, you'll join us in our effort to support the arts.
Become a Member
Explore member benefits