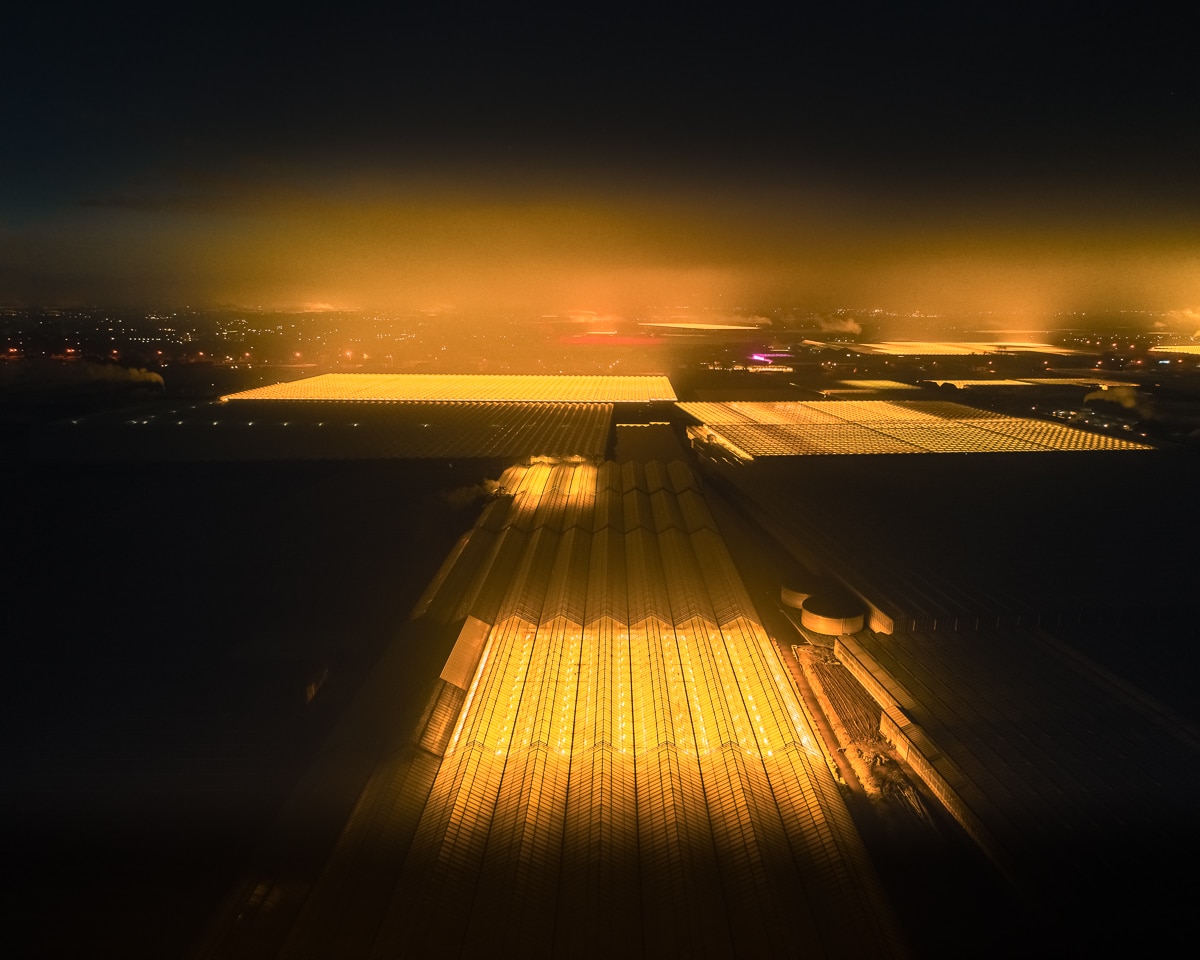 German aerial photographer Tom Hegen has dedicated his craft to exploring the impact that humans have on the natural world. For better or worse, his work shows how we have shaped the environment and made changes that are often irreparable. His latest journey into the sky saw him photographing Holland's LED greenhouses, which have allowed The Netherlands to remain a formidable force in food production and export.

By photographing these glowing giants, Hegen shows the beauty and mystery of this technology. As he is quick to remind us, most people don't realize where their food is actually coming from or stop to ponder why they are able to suddenly eat strawberries year-round. In taking to the sky, Hegen reveals a not-so-secret secret that is having a huge impact on how the world eats.

The photographs themselves are an artistic look at the structures, remaining neutral in their judgment. Beautifully framed, each image is a masterful look at a landscape artificially shaped by humans. The series is an extension of Hegen searching into the Anthropocene, a proposed geological era that marks man's significant impact on the Earth's geology and ecosystem.

We had a chance to speak with Hegen about LED greenhouses and their role in the world's food chain, as well as his experience photographing this new technology. Read on for My Modern Met's exclusive interview. 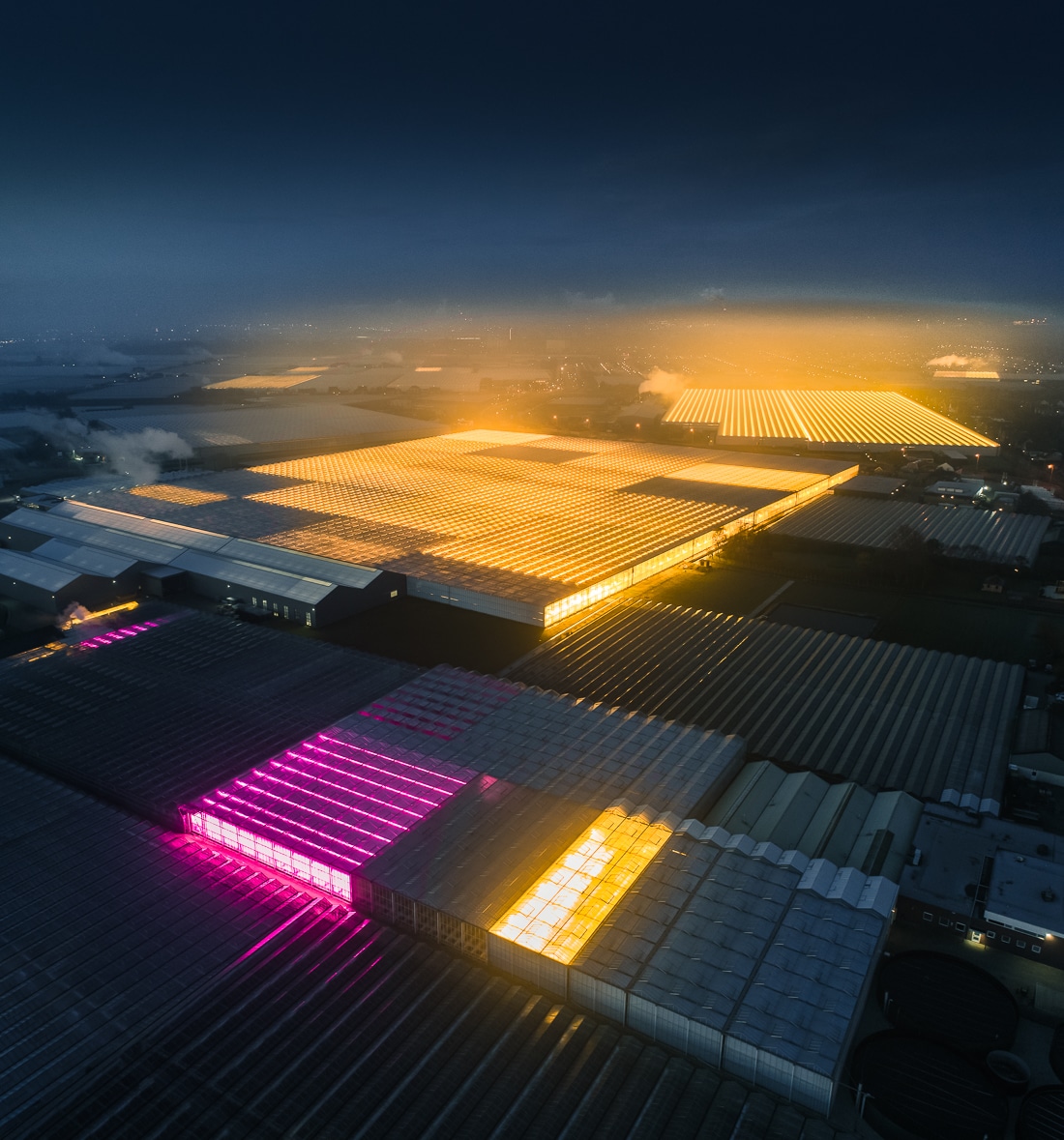 How did you first hear about Holland's LED Greenhouses?

I was reading a story about food development in a science magazine and got introduced to the idea of cultivating plants in LED-lit greenhouses. I was wondering how these greenhouses may look in the dark, if they are covered, and how they integrate into the surrounding environment. All this made it appealing for me to visit the area.

How do they fit into your overall work about how humans are shaping the planet?

As mentioned earlier, my work is based around the topic of the Anthropocene. One of the main questions that will affect our future life on earth will be: how can we feed the ever-growing world population with shrinking resources?

According to the United Nations, the world's population will grow from today's 7.5 billion people to 10 billion in 2050. And as natural resources like farmland and water become scarce, feeding the world will become an even greater challenge. These indoor farms are a prototype to experiment on how to maximize the yield with little space and limited resources. 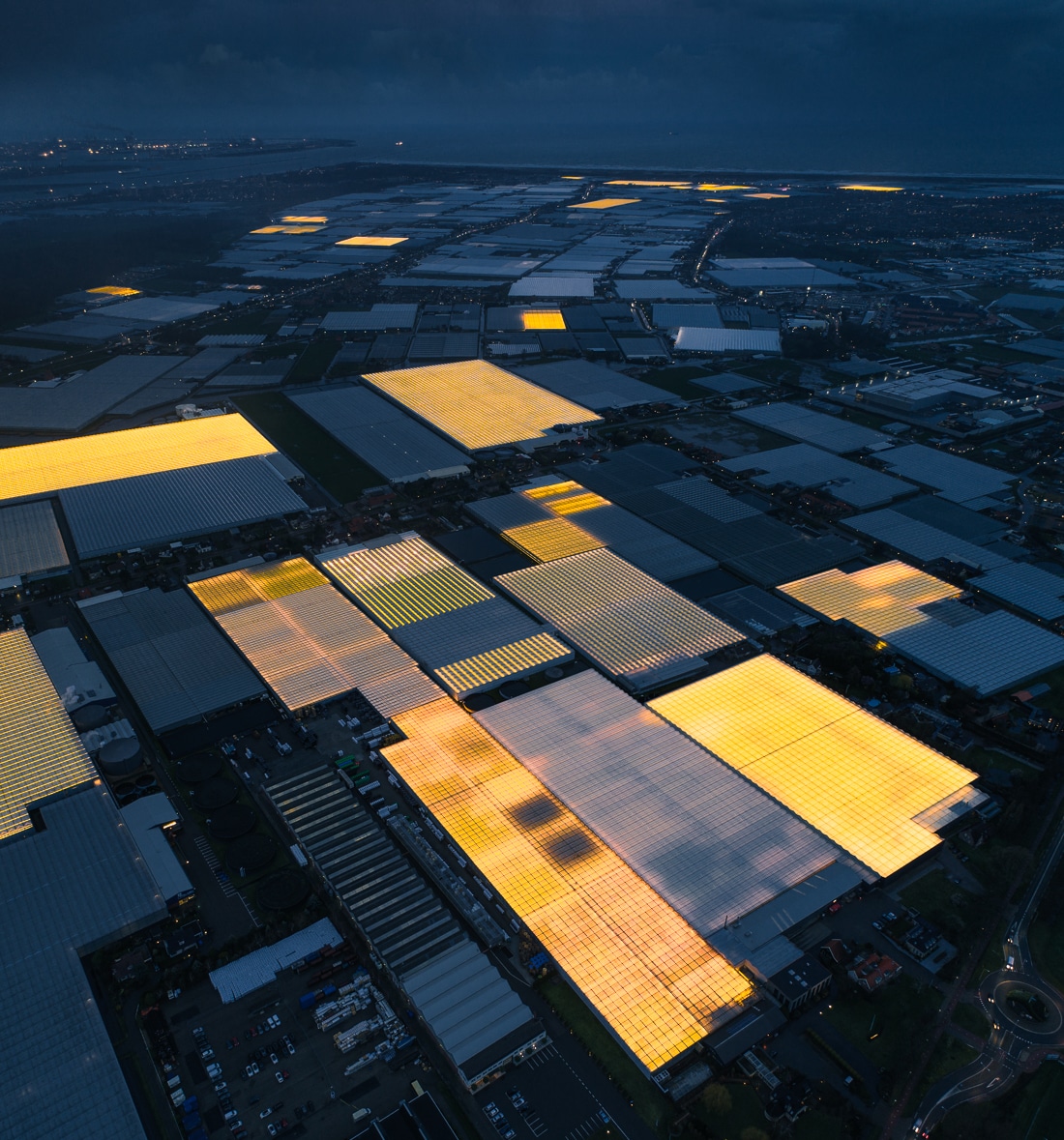 What were your first impressions of seeing them from the sky?

Seeing the glow of the greenhouses shining into the sky and reflecting against the clouds made for scenery that I had never seen before. It almost looked like UFOs had landed and parked closely together. 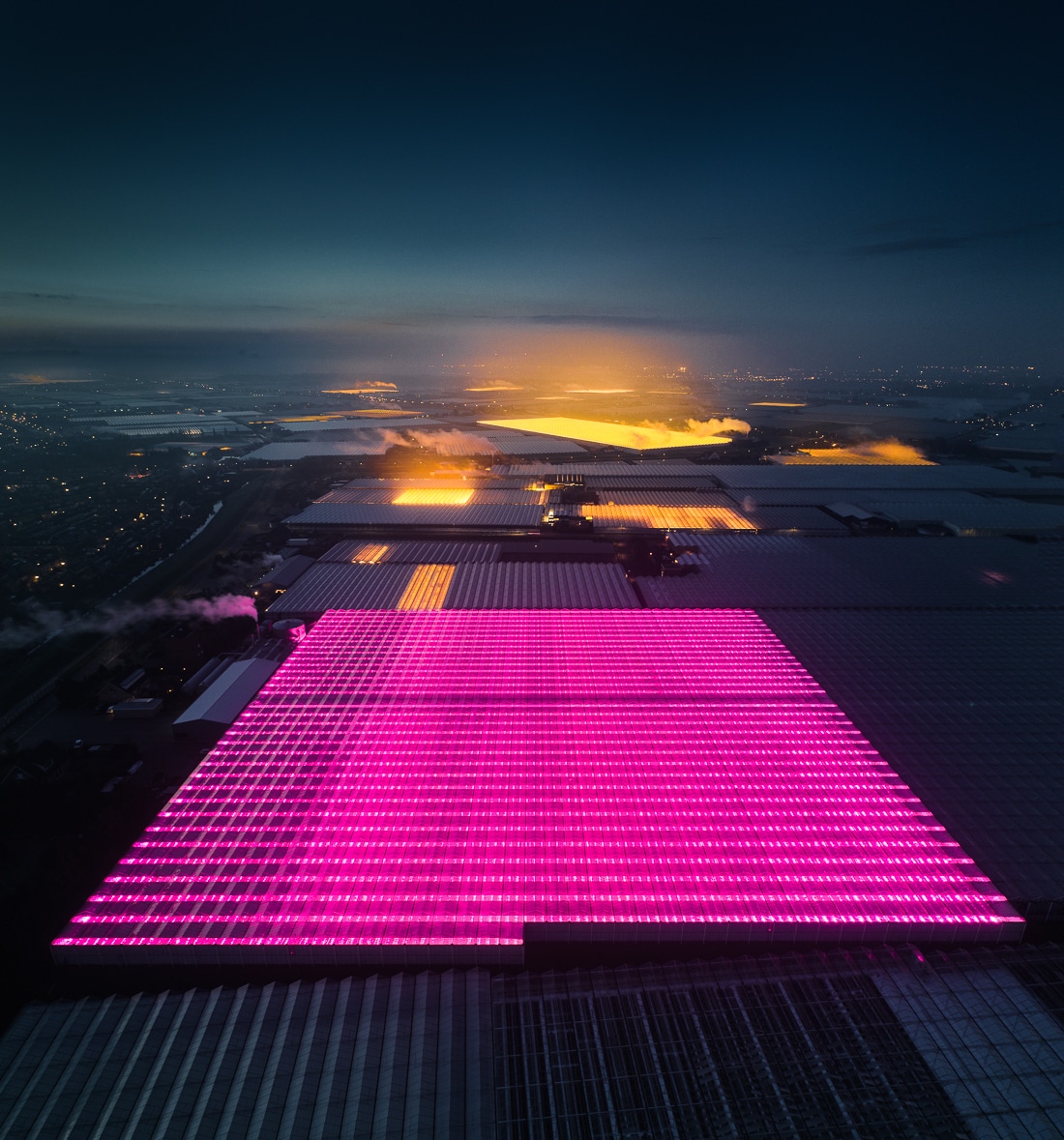 What are, in your opinion, the positives and negatives of this technology?

The indoor gardens provide growing conditions for plants like tomatoes, peppers, or strawberries around the clock and in every kind of weather, which doubles the average yield of an outdoor farm. The Netherlands is the globe's number two exporter of food as measured by value, second only to the United States, which has 270 times its landmass. The Dutch have created the most advanced area in the world for controlled environment agriculture and have become world leaders in agricultural innovation.

However, there are also consequences this growing method brings with it, like light pollution or growing crops out of season and shipping them around the world so that people can eat strawberries year-round. Ordinances have been developed in which up to 98% of the electric lighting must be contained within a greenhouse facility by using blackout screens and curtains along the sides and roofs. 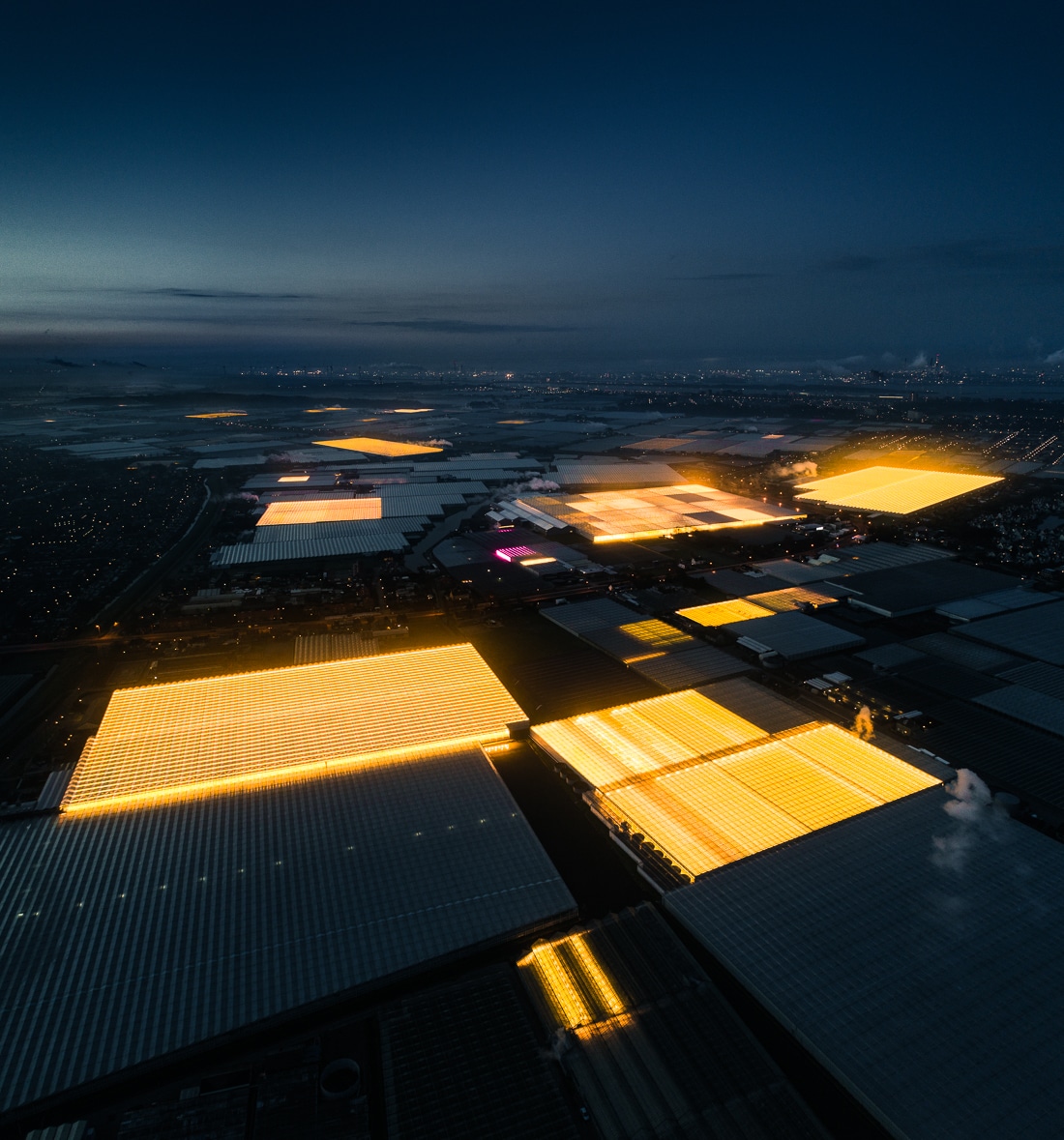 How did these structures stimulate your creativity?

The contrast of bright colors in the dark night made them very eye-catching. This is actually also my first project where I didn't just shoot straight down. I wanted to show how these greenhouses reach up to the horizon.

Why do you think it's important that the public is aware of these greenhouses?

Most fruits and vegetables that we find in our supermarkets are available in enormous amounts and all year round. This is a luxury that we take for granted. We don't even ask where it comes from, how it grows, and what it takes to grow. A great number of tomatoes that we see in stores have never touched any natural soil or rain. Showing these places makes the circle of the food chain more transparent. 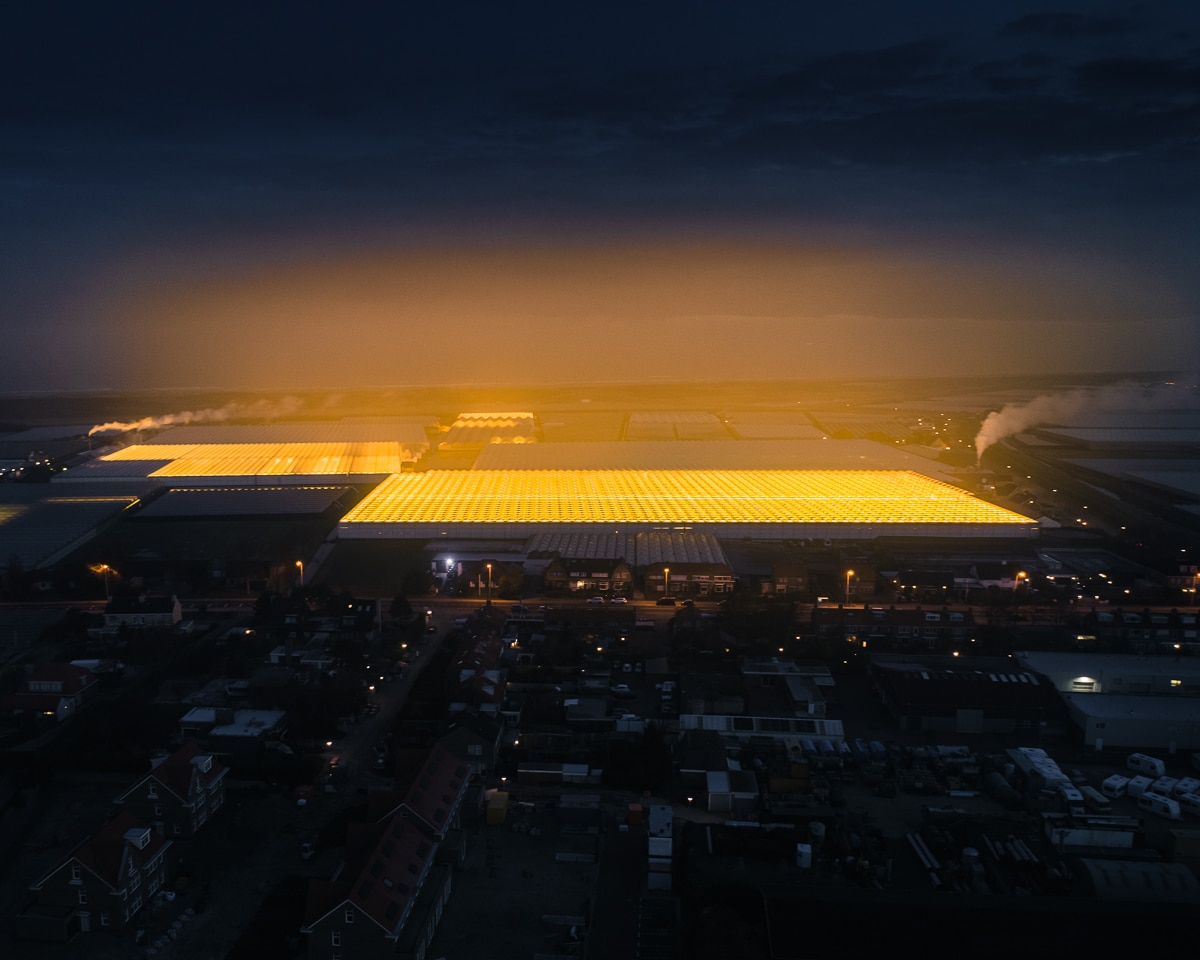 What do you hope people take away from the images?

I want to sensitize the viewer about what it takes to keep our luxury living standards. These photos are for me a mirror of society, economy, and technology.

What's coming up next?

At the moment I am in Spain, starting to work on my new aerial photography book. It will be a long-term project with a body of work centering again around human interventions in nature. The book will be likely to be published in 2021. 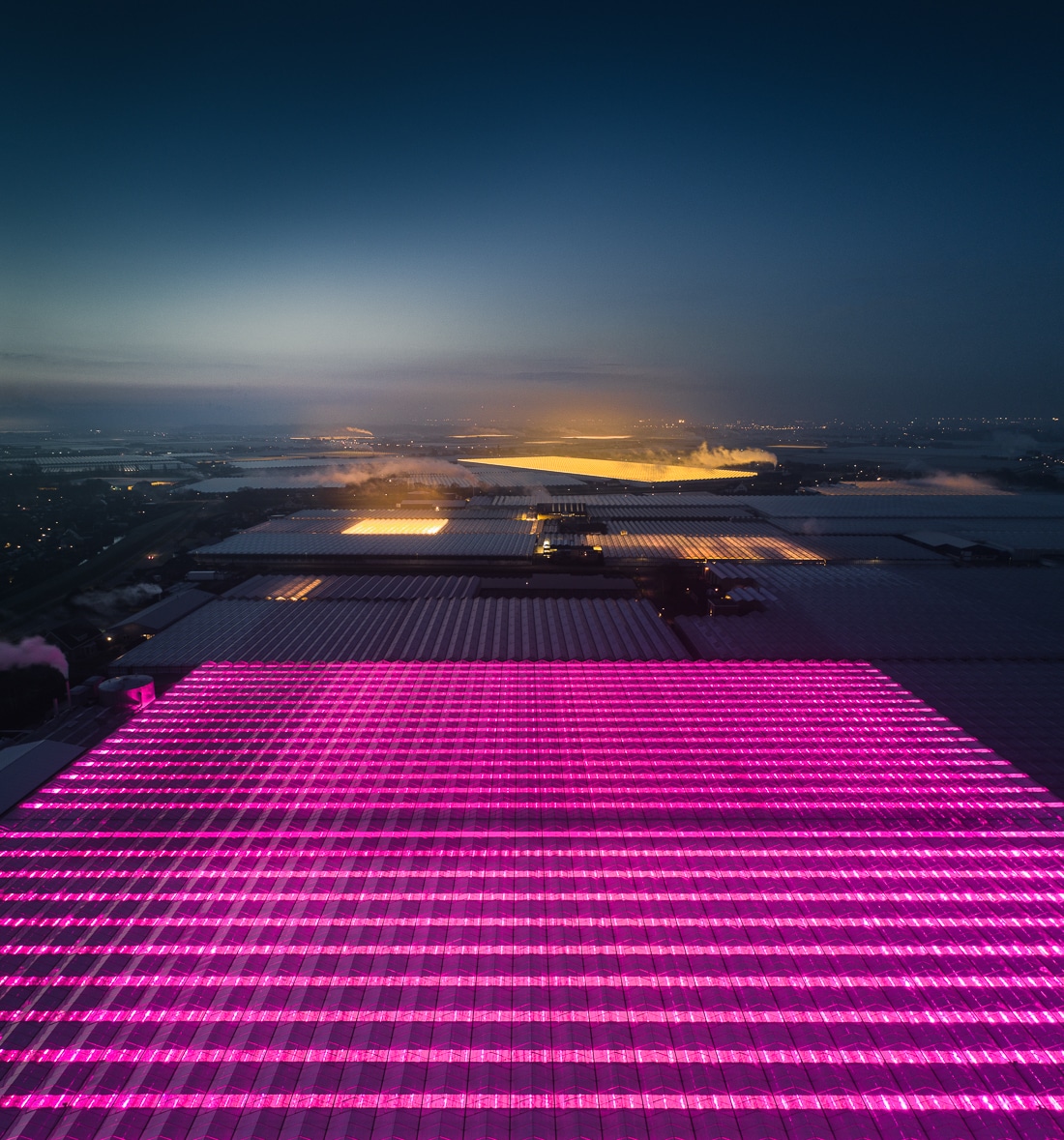 What do you think of these greenhouses? Share
Like My Modern Met on Facebook
Get Our Weekly Newsletter
Become a
My Modern Met Member
As a member, you'll join us in our effort to support the arts.
Become a Member
Explore member benefits