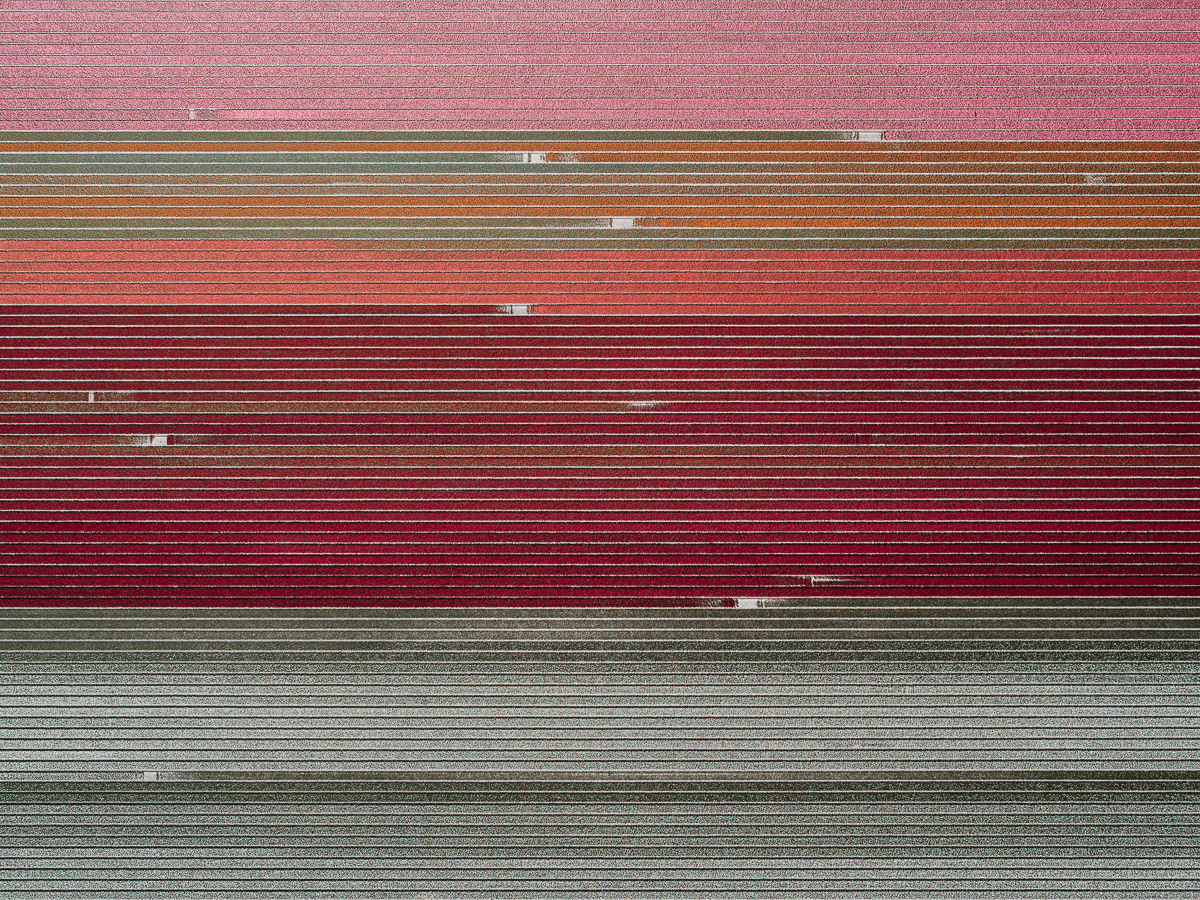 For three to four weeks a year, the two billion tulips that Dutch tulip farmers grow annually come into bloom. Aerial photographer Tom Hegen decided to fly overhead and photograph the kaleidoscope of colors before they disappeared. The resulting photo series is part of his project about artificial, manmade landscapes, including salt ponds, coal mines, and quarries.

Behind the dazzling abstractions of the tulip fields, there is big business. Hegen reminds us that 77% of all flower bulbs traded worldwide come from the Netherlands, which results in the colorful blooms being of lesser importance than the bulbs below. “What really surprised me is that tulip heads are getting cut off when they are in full bloom,” Hegen tells My Modern Met. “Farmers mainly sell the tulip bulb instead of the actual flower. By cutting the head off, the remaining energy of the flower gets directed back to the bulb so that it will bloom better and stronger.”

Hegen captured the farmers in action, each colorful frame interrupted by machinery cutting down the blooms. It's a reminder that even the most natural products, like flowers, are manipulated to fulfill consumer demand. As the farmers aim to create the strongest, brightest bulbs, they knowingly discard the most beautiful—but less valuable—part of the plant.

Hegen's Tulip Series is just one chapter in his new photo book, Habitat, which traces the implications of landscapes manipulated by humans. Habitat is currently available to pre-order via Kickstarter. 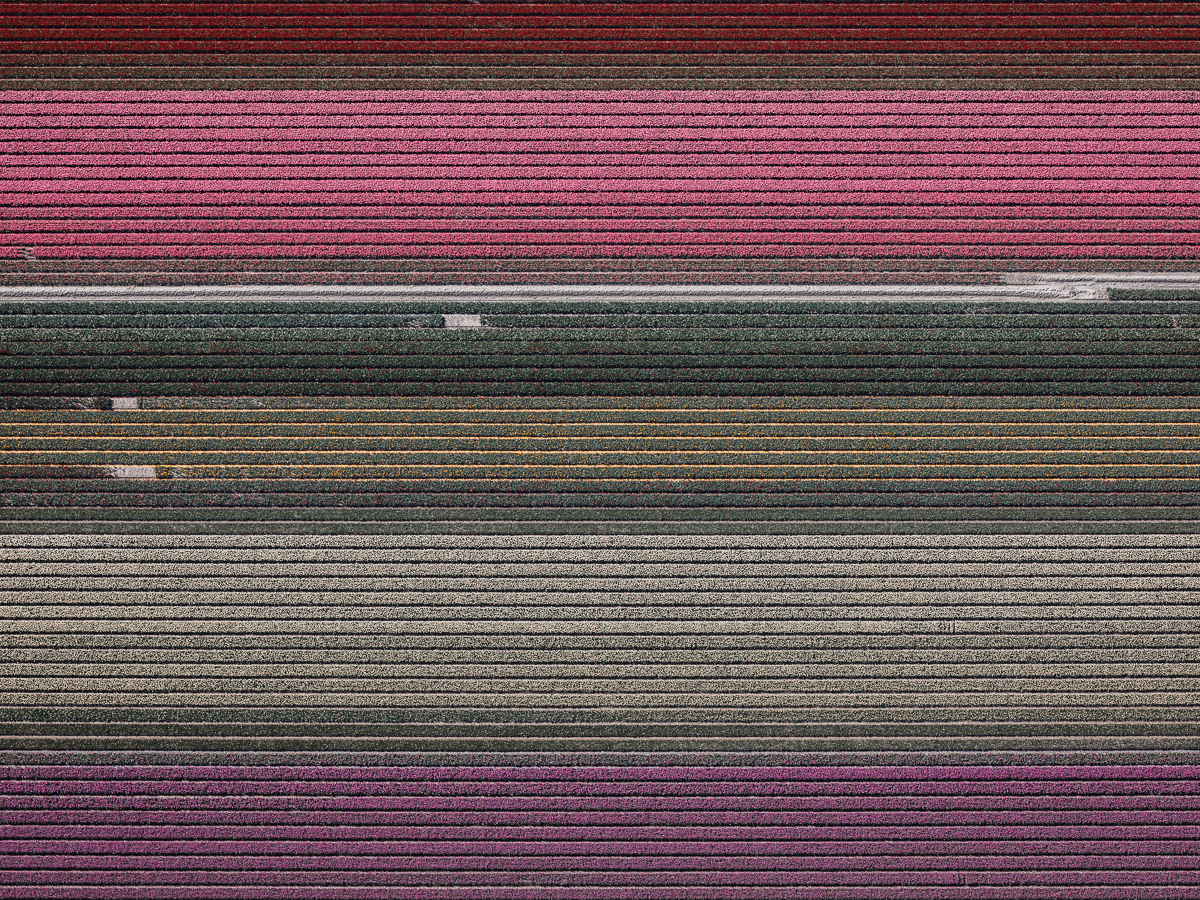 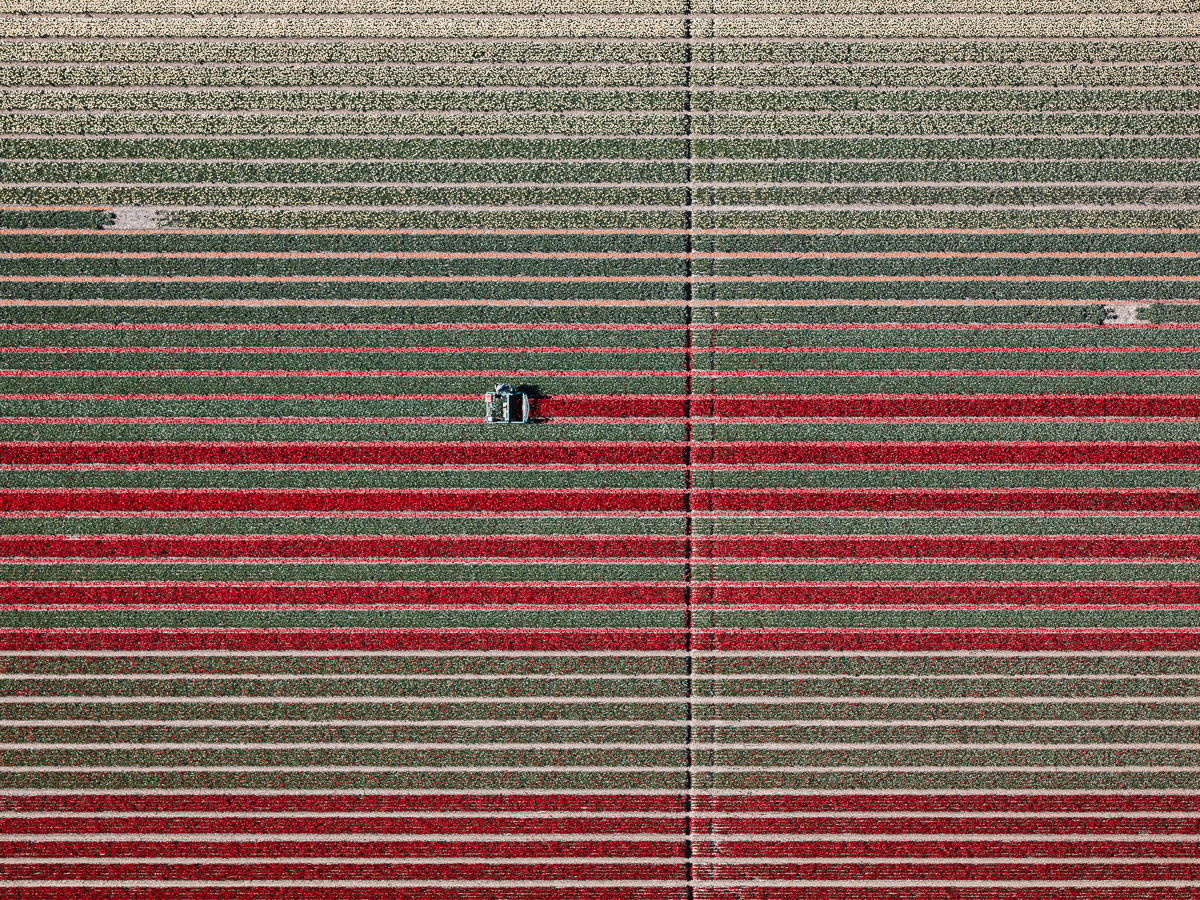 Aerial photographer Tom Hegen documented the tulip fields as part of his series on landscapes manipulated by humans. 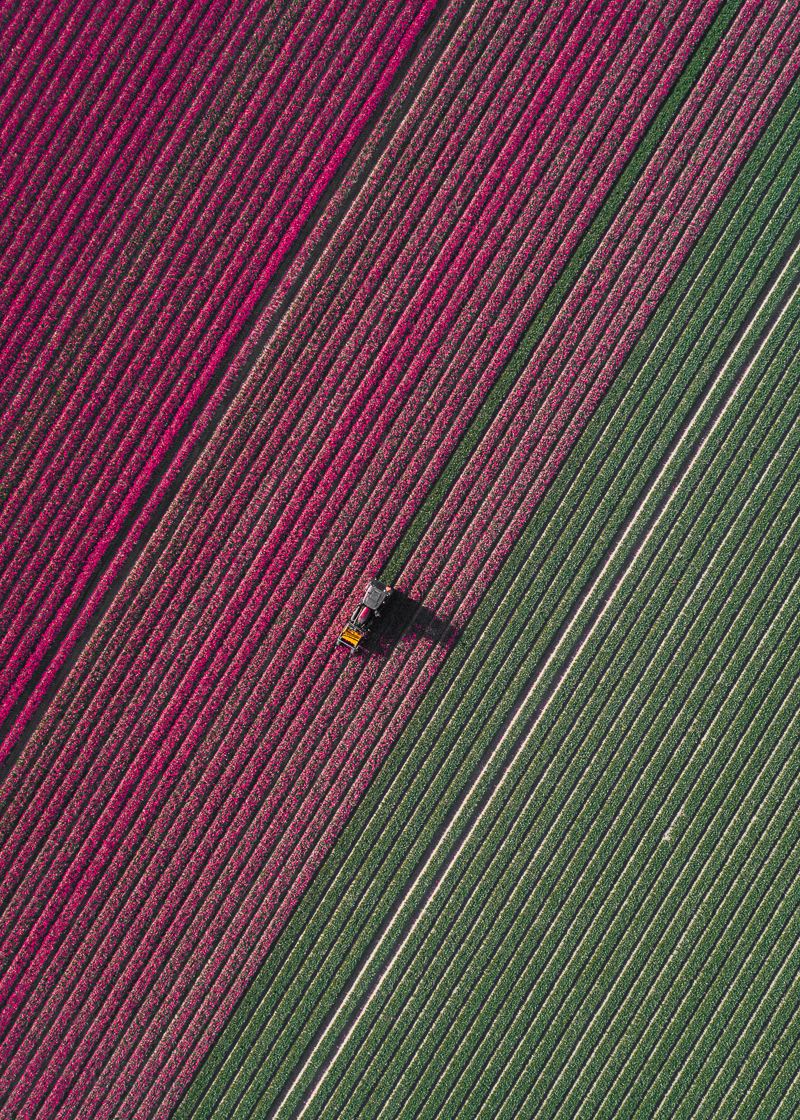 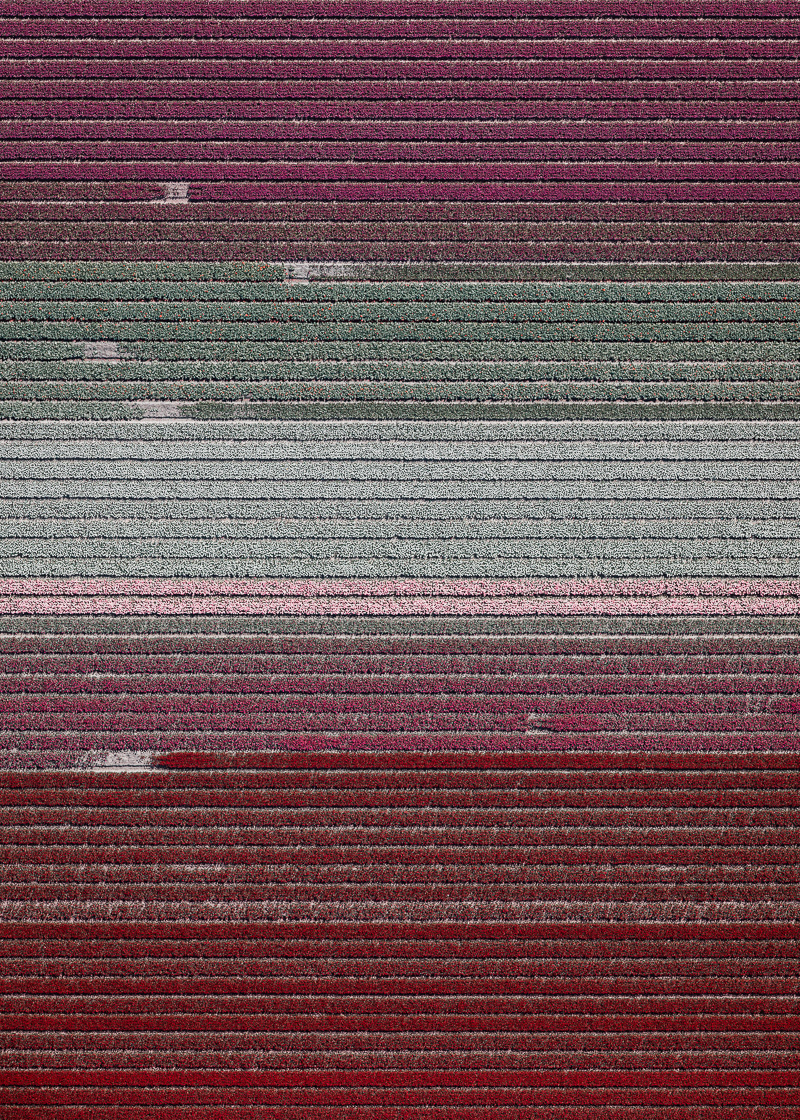 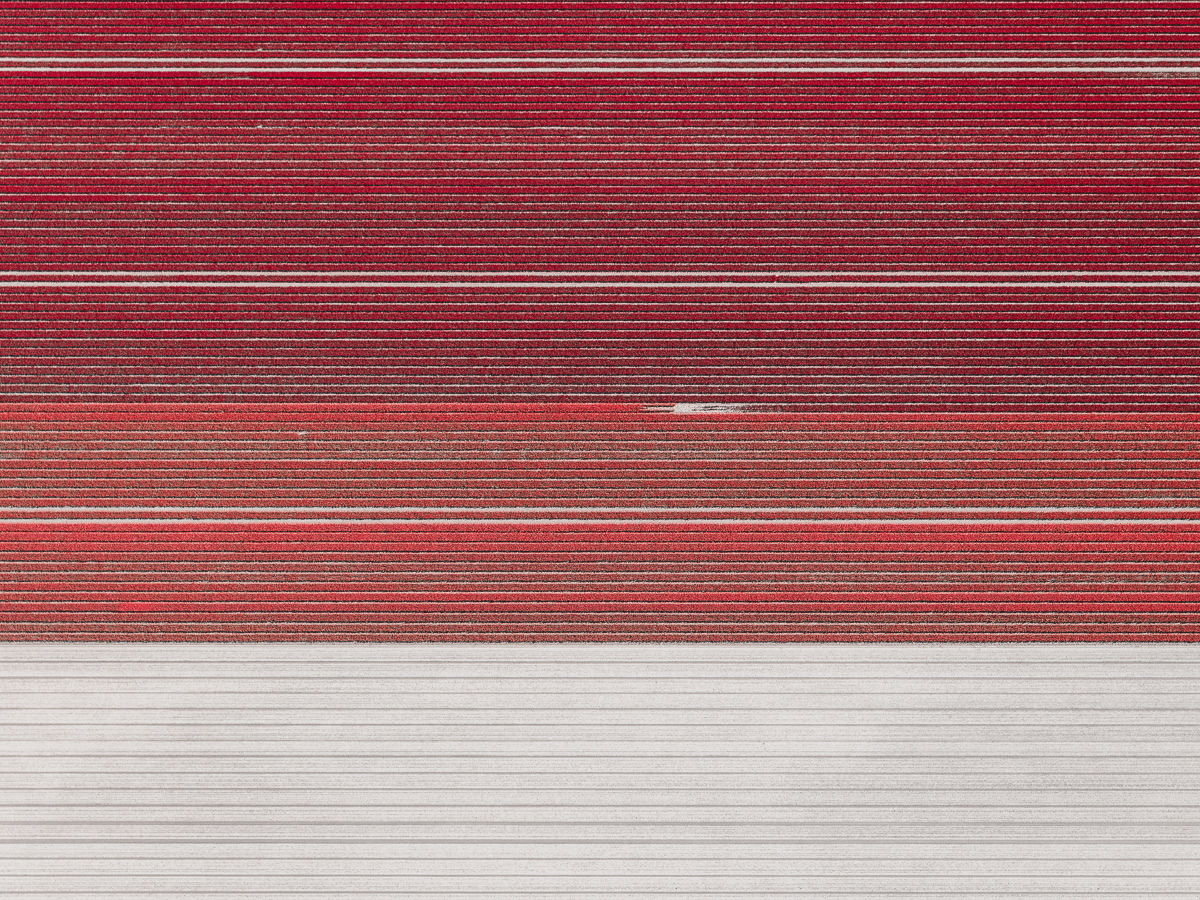 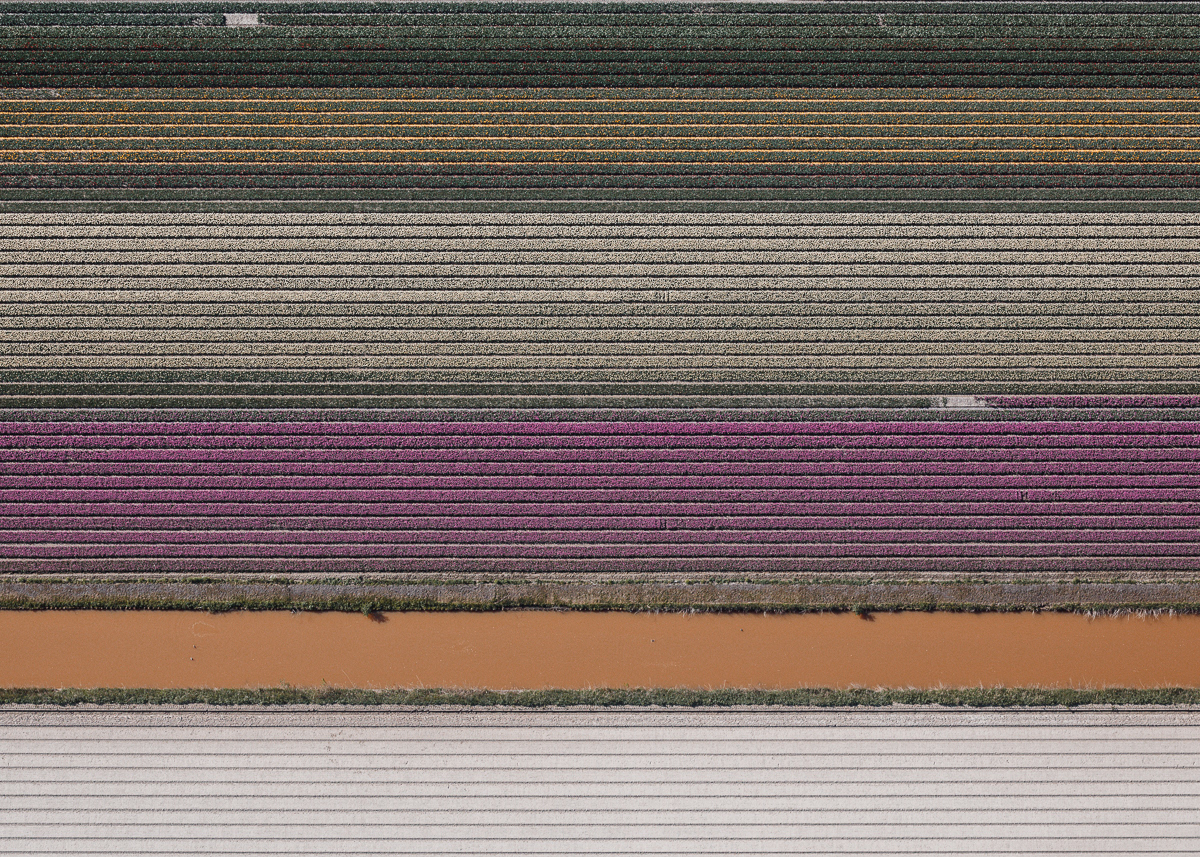 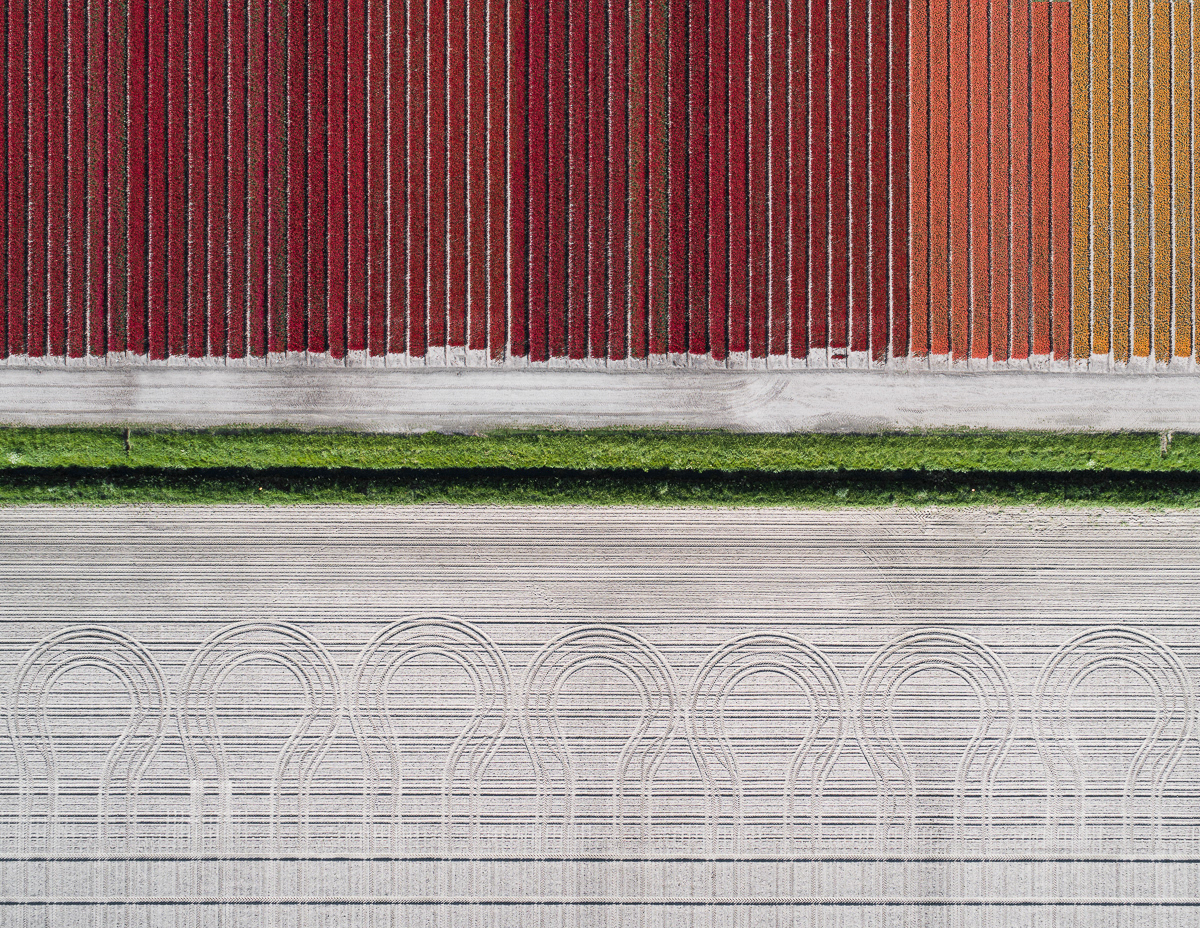 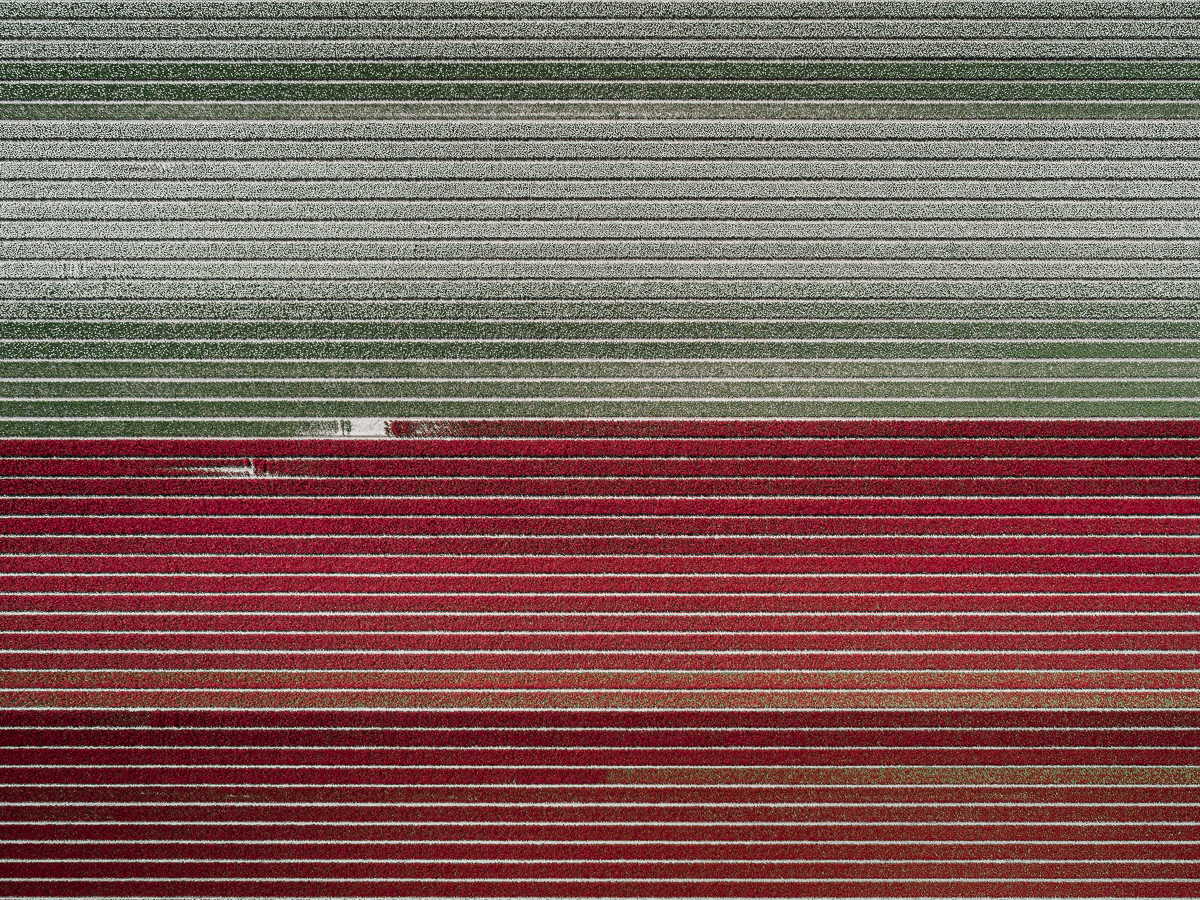 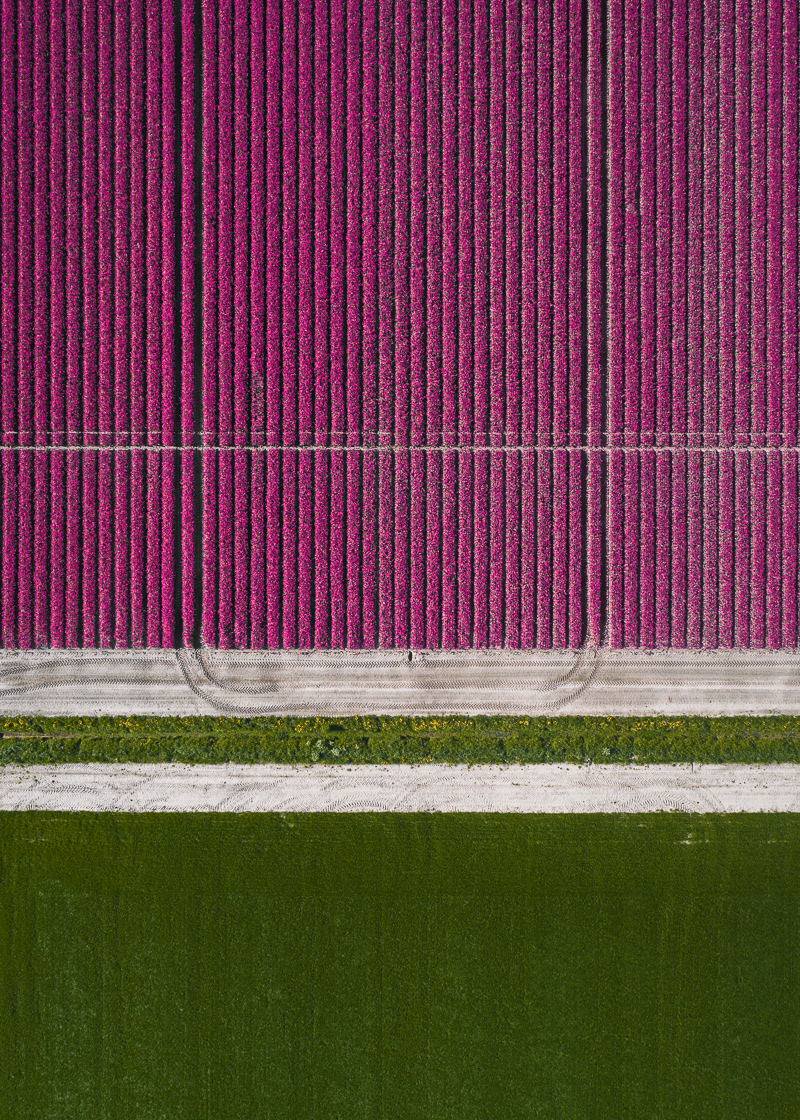 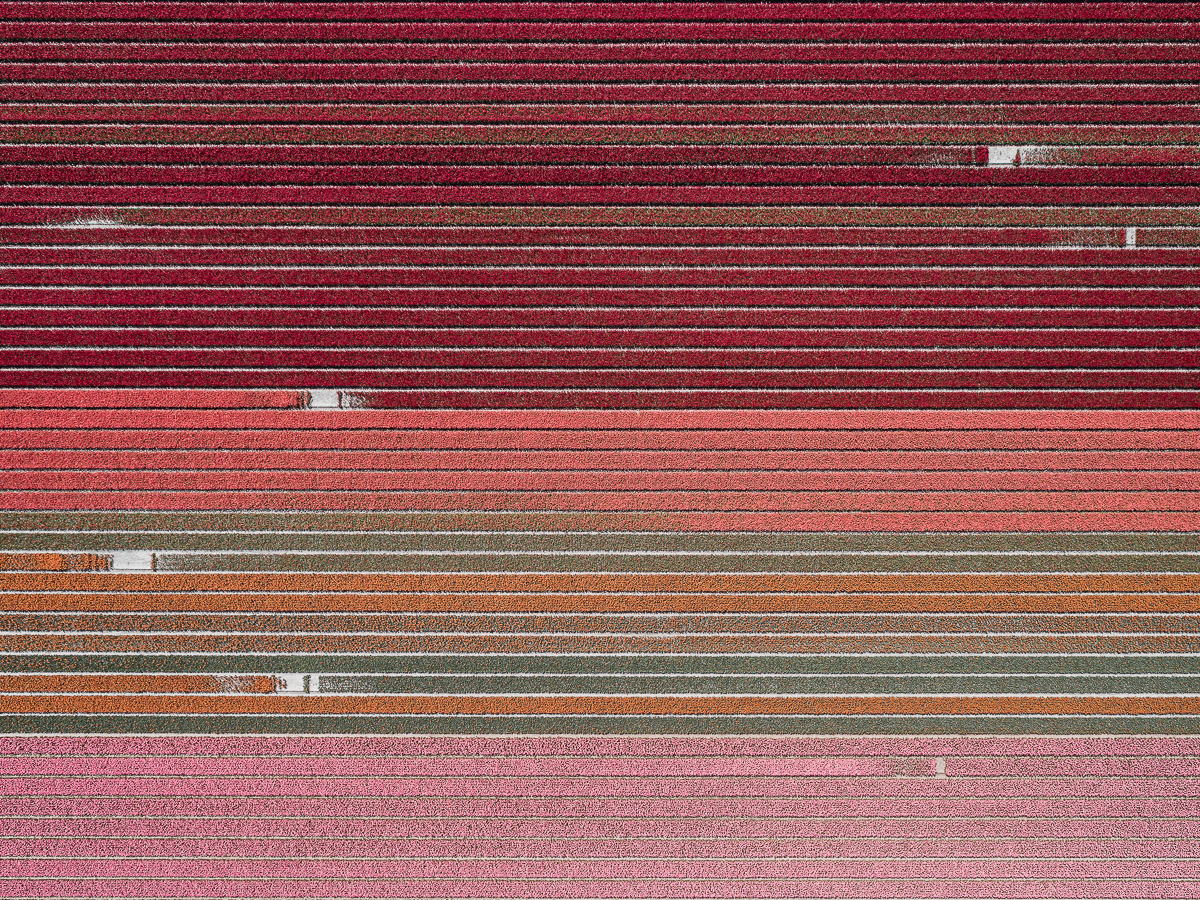 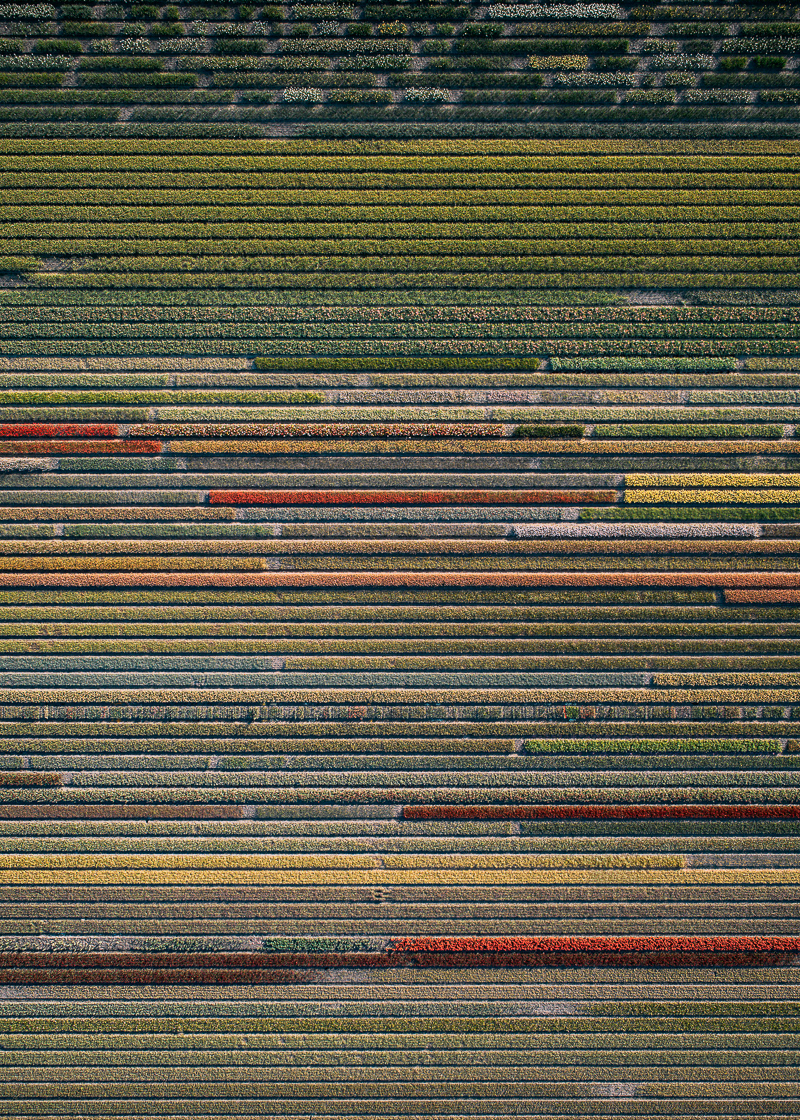 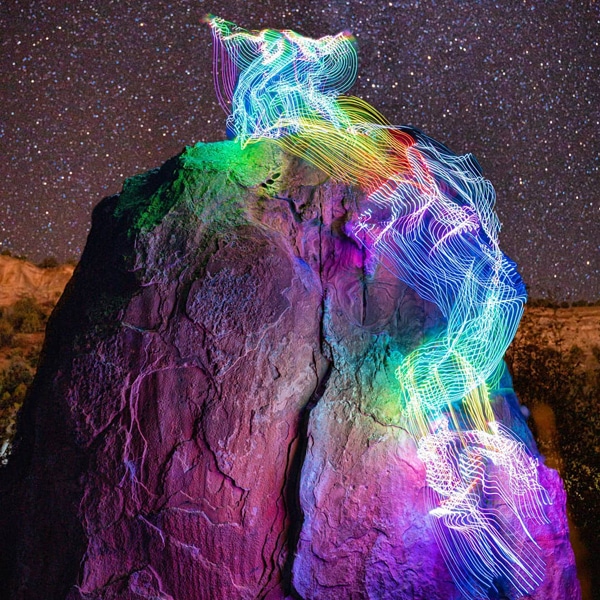 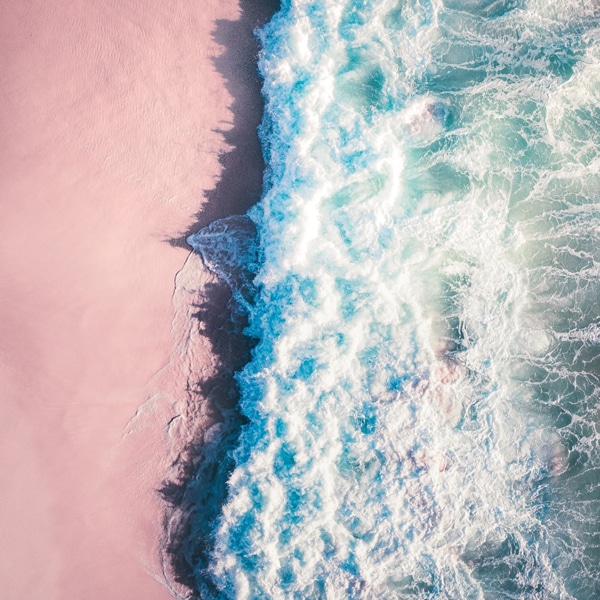 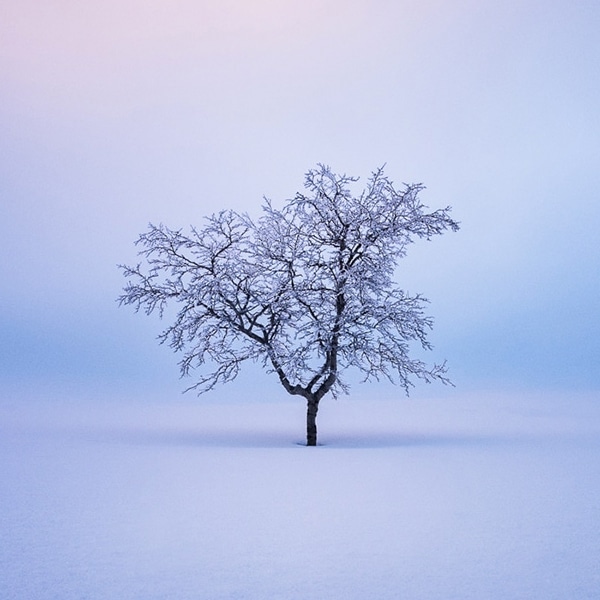 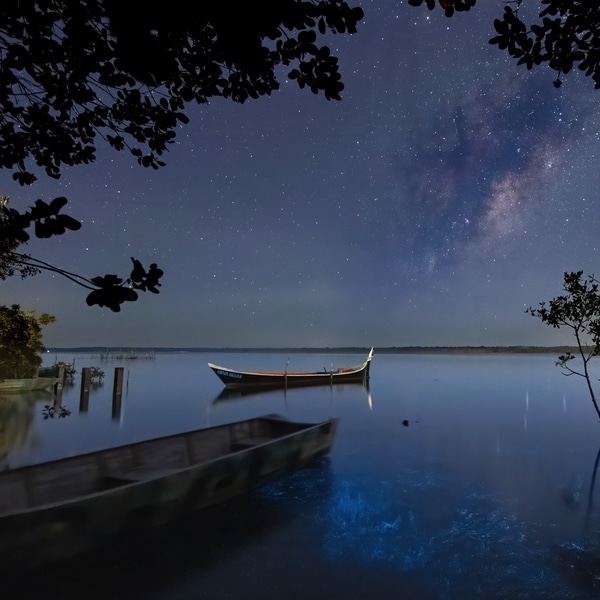 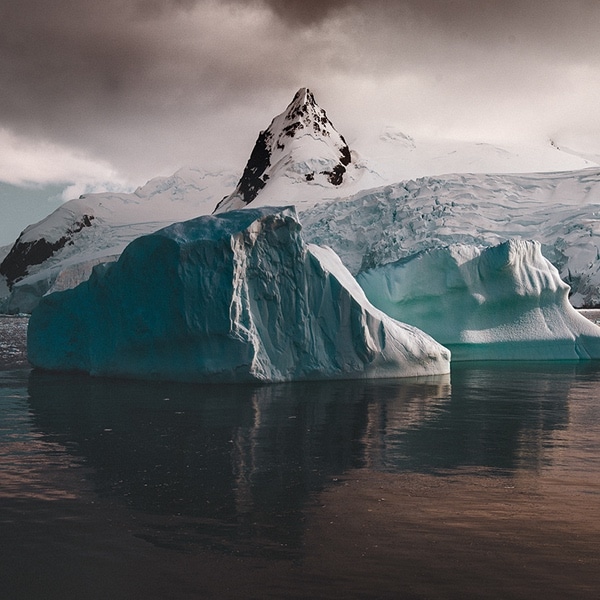