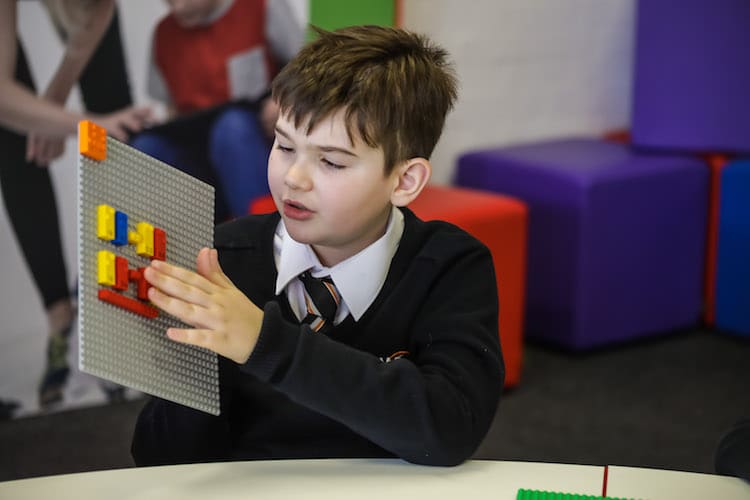 Recently, LEGO has given their ionic brick-building kits all kinds of updates. Some, like the LEGO Creator Expert wind turbine, incorporate eco-friendly materials. Others, like the adult-friendly FORMA series, prove that playtime isn't just for kids. And now, the company has collaborated with the Danish Association of the Blind and the Brazil-based Dorina Nowill Foundation for the Blind to unveil a special new project: Braille Bricks, a set of blocks that helps children with visual impairments learn how to read.

Rendered in the blocks' signature rectangle shape and familiar color scheme, Braille Bricks look just like the LEGO we know and love. What sets them apart, however, is not how they look, but how they feel. Each brick in the 250-piece set features fully-functional studs that form a letter, number, or math symbol in Braille.

By outfitting the toys with these tactile symbols, LEGO hopes to help children with visual impairments learn how to read Braille—a writing system whose use is waning around the world. “With thousands of audiobooks and computer programs now available, fewer kids are learning to read Braille,” Philippe Chazal, Treasurer of the European Blind Union, explains. “This is particularly critical when we know that Braille users often are more independent, have a higher level of education and better employment opportunities.”

Each brick will also feature a printed version of a tactile letter or character. This encourages sighted teachers, parents, and peers of visually impaired children to engage with the kits as well—and even learn Braille themselves. “We strongly believe LEGO Braille Bricks can help boost the level of interest in learning Braille,” Chazal reveals, “so we’re thrilled that the LEGO Foundation is making it possible to further this concept and bring it to children around the world.”

Following testing in schools around the world, LEGO Braille Bricks will launch in 2020.

LEGO Braille Bricks is a new series of LEGO blocks designed to help children with visual impairments learn how to read. 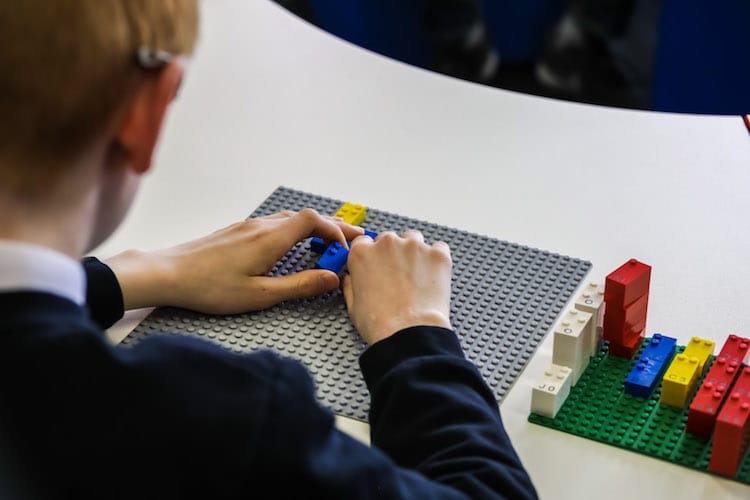 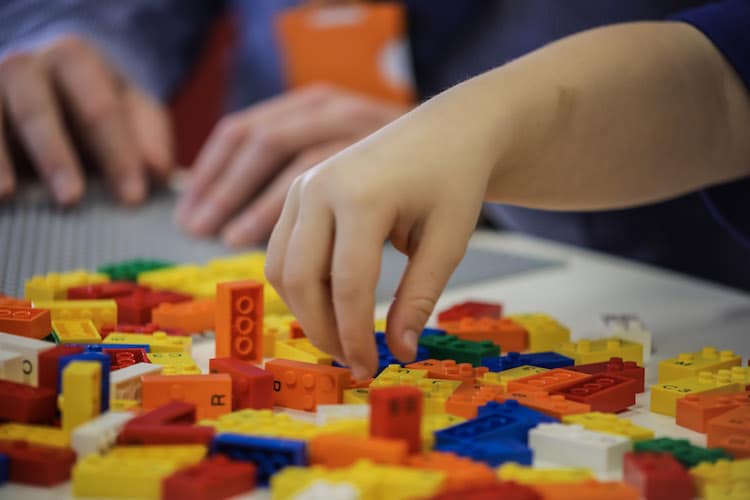 Each brick features studs that form a letter, number, or math symbol in Braille, a tactile writing system. 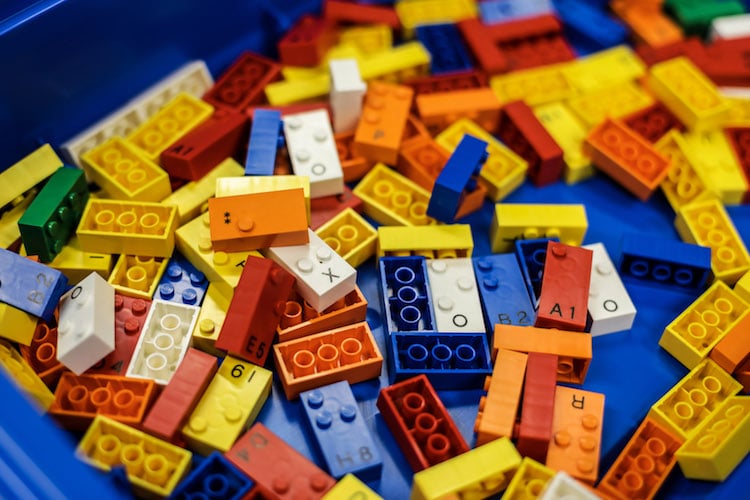 These studs are compatible with other LEGO pieces and are accompanied by printed symbols. 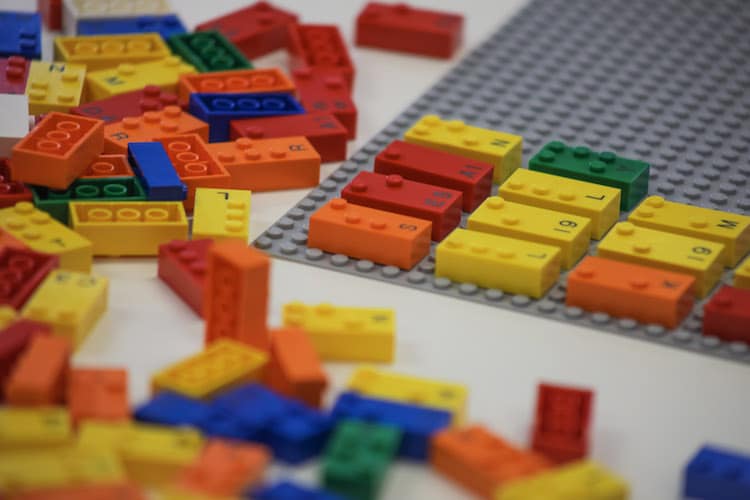 LEGO hopes that this new set will encourage everybody to engage with the blocks and learn Braille. 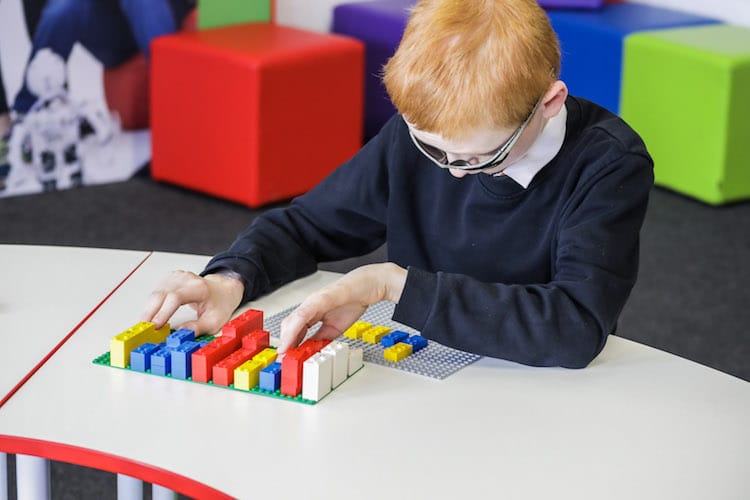 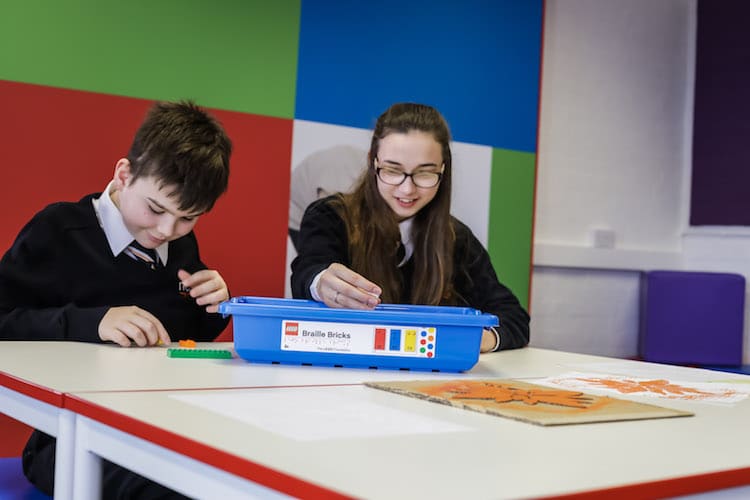 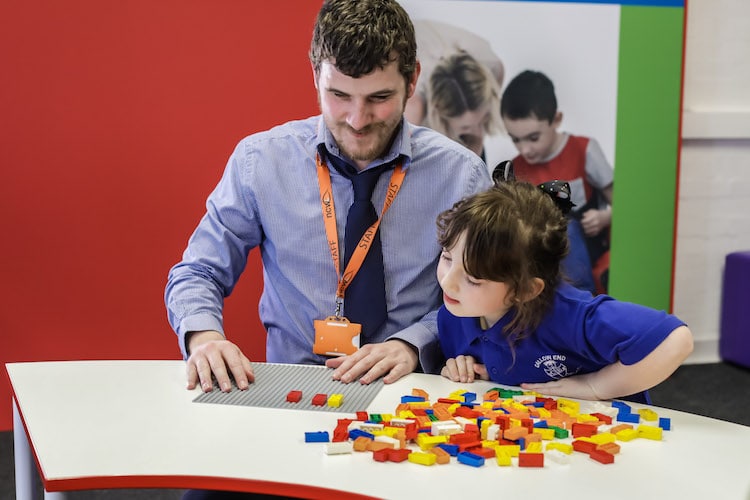 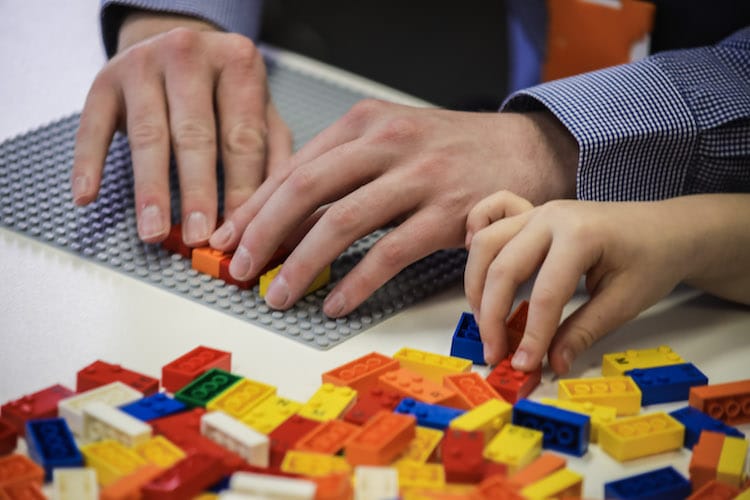 LEGO Braille Bricks is set to launch in 2020. 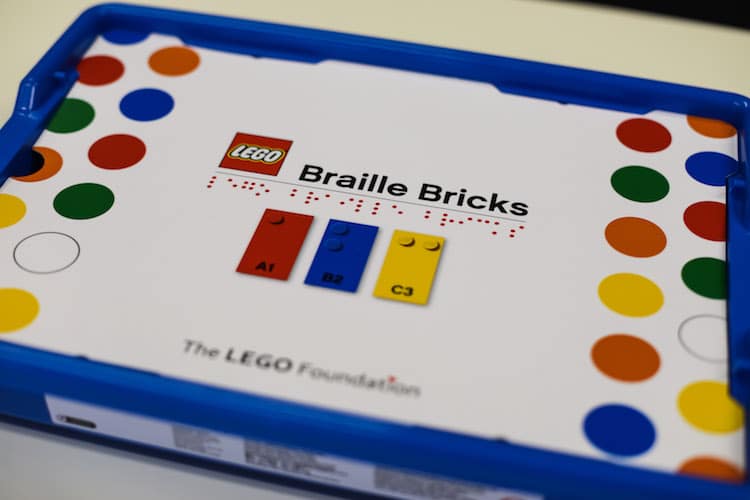 Love LEGO? Share
Like My Modern Met on Facebook
Get Our Weekly Newsletter
Become a
My Modern Met Member
As a member, you'll join us in our effort to support the arts.
Become a Member
Explore member benefits
Love LEGO? 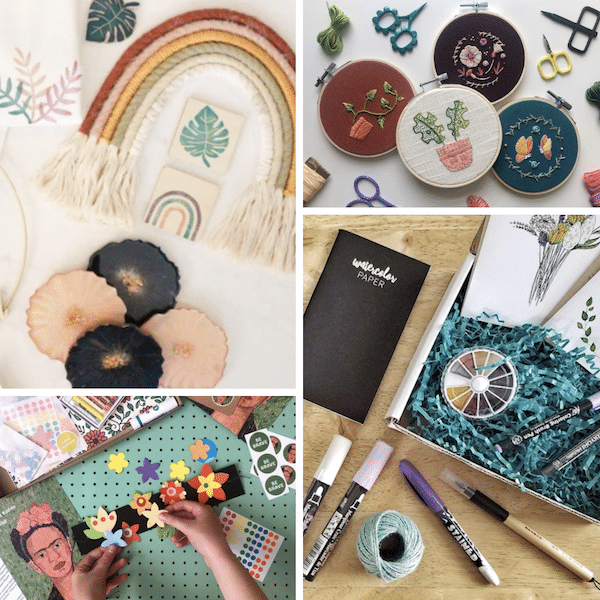 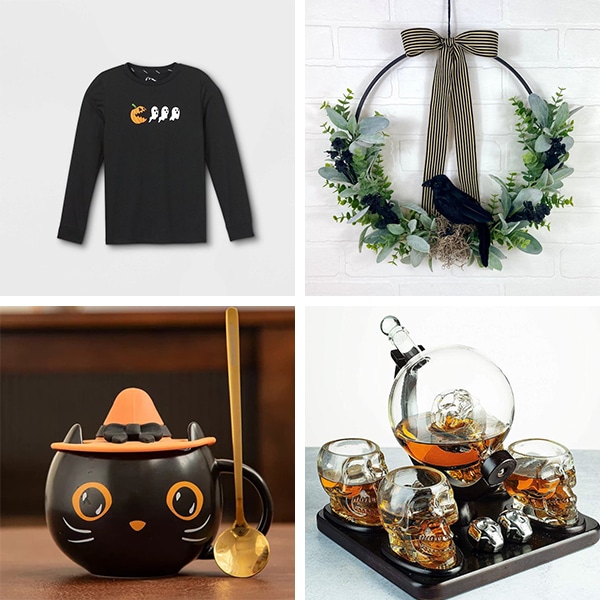