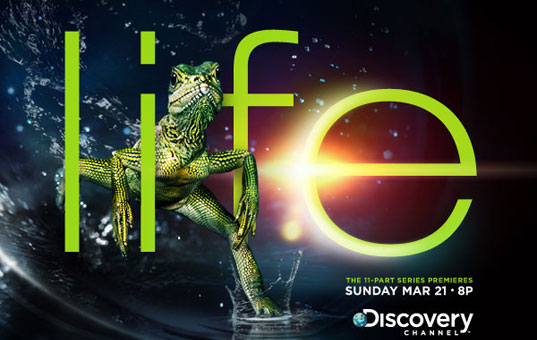 Planet Earth was quite possibly the most impressive nature series of all time – and that's precisely why I'm so excited about Life. In this follow-up series, BBC and the Discovery Channel leave viewers with a new perspective of more than 30 million different animals and plants we share our planet with. Narrated by Oprah Winfrey, the 11-hour series makes its debut this Sunday at 8-10pm ET|PT on the Discovery Channel. “In Planet Earth the habitats took center stage,” says Susan Winslow, executive producer for the Discovery Channel and of Life. “In Life, the animals – and, in one episode, plants – are the stars.” “All the easy stuff has already been filmed; we wanted the rush of getting stuff no one's shot before,” says Mike Gunton, creative director of the BBC's Natural History Unit and executive producer of Life. “I wanted to set the bar very high to bring new stories, new animals, and new ways of filming to every sequence.” Life – Discovery Channel website via inhabitat