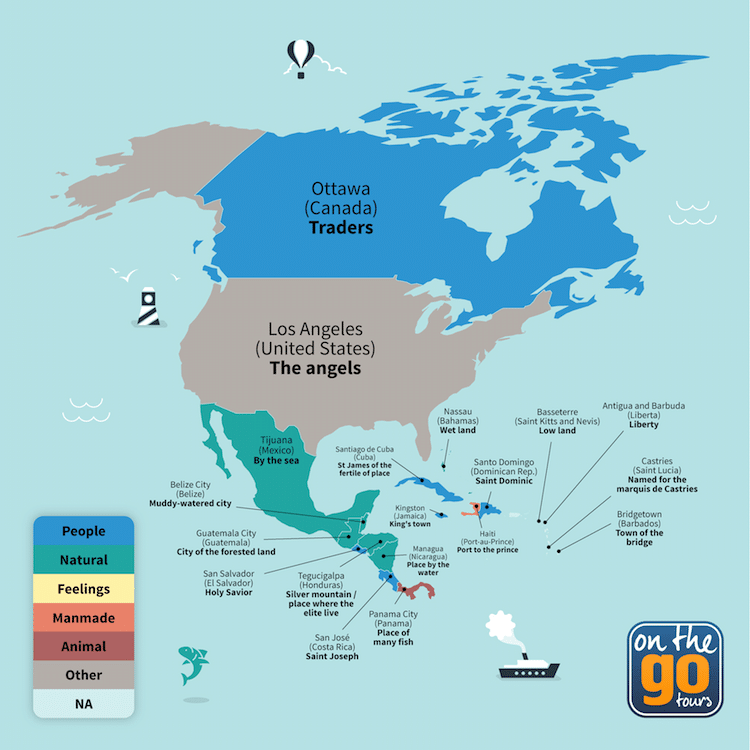 What's in a name? According to On the Go Tours, quite a lot. They've taken a look at the names of over 190 global cities and given their literal translations. The results are an interesting look at what inspires city names around the world.

We've previously looked at the literal translations of country names and cities are equally fascinating. The interactive map is color-coded by category, as the world is broken up into cities named after people, animals, nature, and manmade items, with 35% of the cities listed named after things in the natural world. From the “meadow of the gods” (Oslo) to the “district of wild plums” (Bangkok), these literal names give new insight into each place.

In other parts of the world, cities were named for more practical, manmade purposes. Beijing translates to “northern capital,” which was used to differentiate it from Nanjing, which was the original, southern capital of the People's Republic of China. Similarly, other cities translate to simple, direct words to describe their geography—Marseilles (“harbor”), Canberra (“meeting place”), Reykjavik (“smoky bay”).

Take a tour through the interactive map and look below to gain more insight into what major city names actually mean. 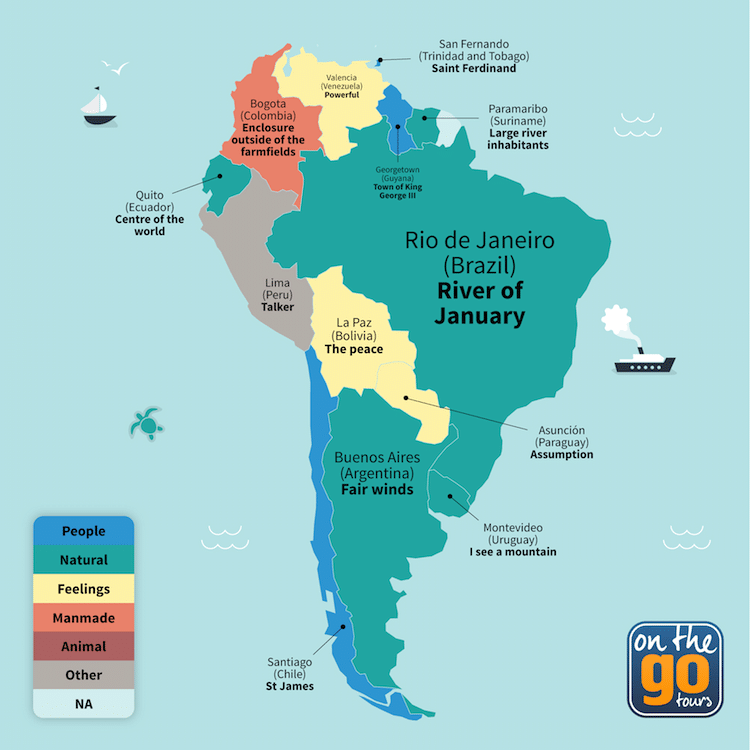 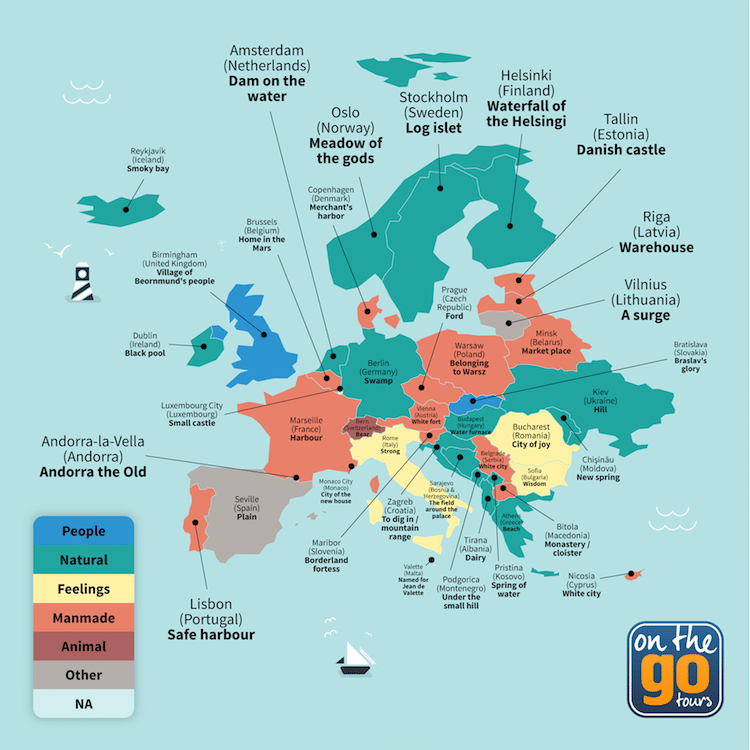 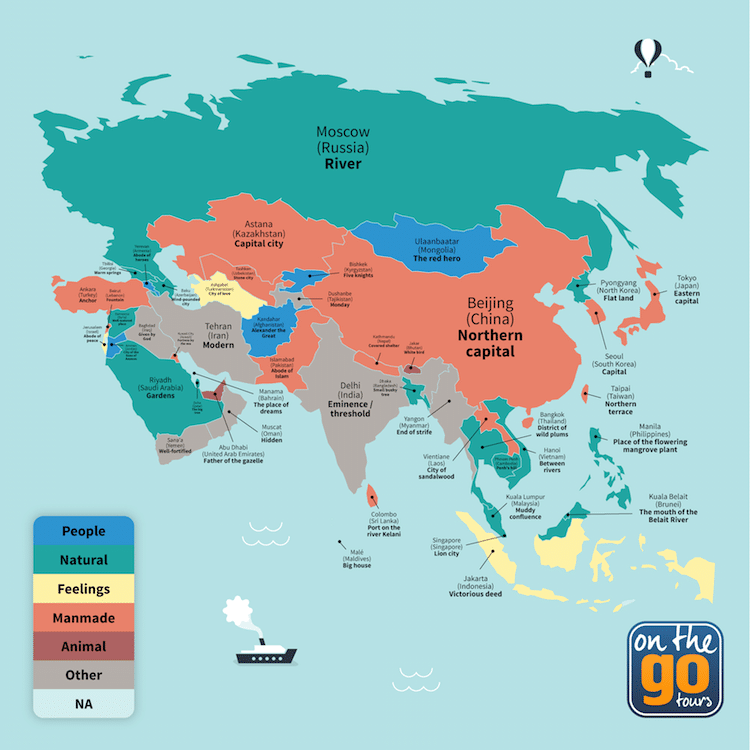 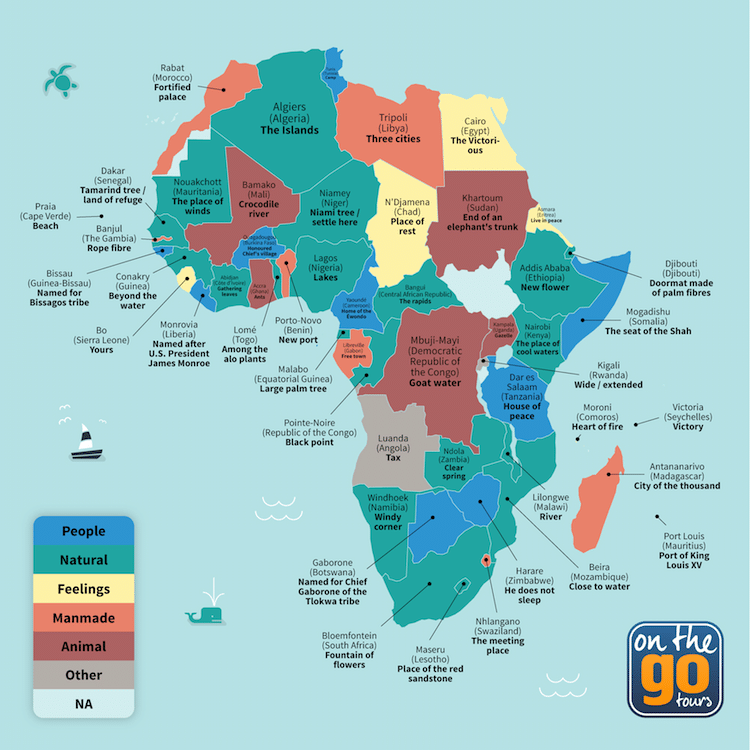 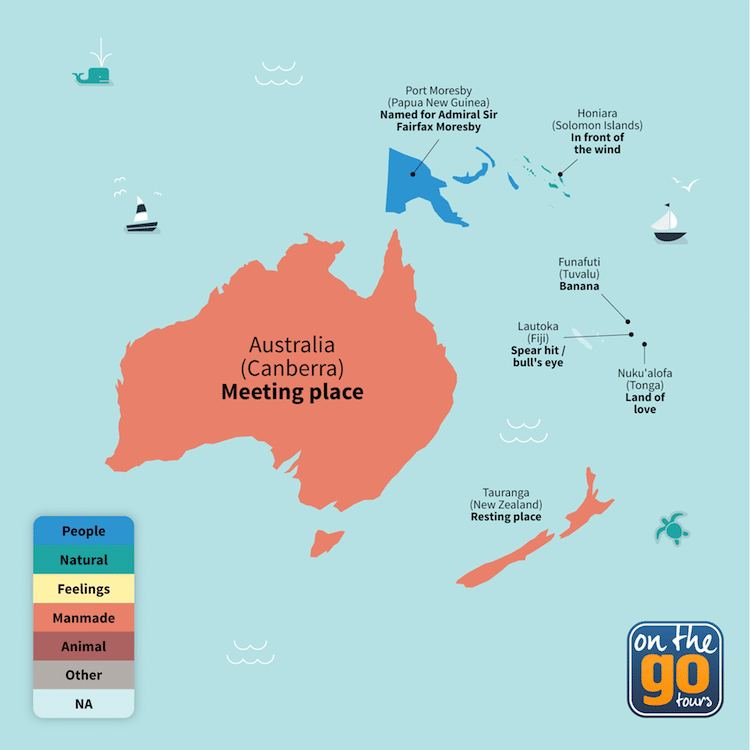 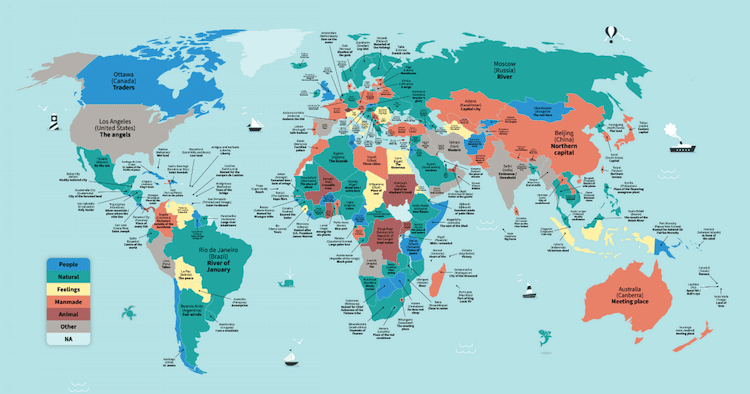 My Modern Met granted permission to use photos by On the Go Tours.

Love learning about language? Share
Like My Modern Met on Facebook
Get Our Weekly Newsletter
Become a
My Modern Met Member
As a member, you'll join us in our effort to support the arts.
Become a Member
Explore member benefits