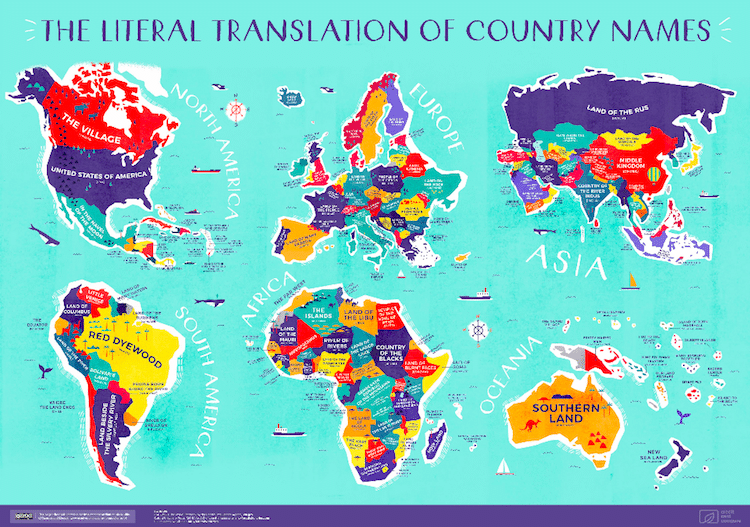 Each country has its own fascinating history and in linguistics a country's name is often the first clue to their historic culture. This world map—created by Credit Card Compare—shows the literal translation of each country’s name, suggesting their original meanings. By using a range of sources such as The World Fact Book and Oxford Dictionaries, each country’s name was translated into its early native language, unearthing intriguing facts from around the globe.

Some countries are named after the people who live there, the physical environment, or location. Finland translates as “Land of the Fins,” Macedonia translates as “Land of the Tall People,” and Iceland means “Snow Land.” Other countries are named after their specific history or societal observations made by pioneering explorers. Papua New Guinea translates as “Frizzy-Haired Men” in the Malay language—a name that was given by Spanish maritime explorer Yñigo Ortiz de Retez after he visited the island in 1545 and noted the appearance of the locals. In Turkic, Hungary translates as “10 Arrows,” the name of a group of tribes living along the north shore of the Black Sea before they relocated during the 9th century to where modern Hungary is today.

You can explore an interactive version of the map, and zoom in for more details.

This world map—created by Credit Card Compare—showcases the literal translation of each country name to reveal its original meaning. 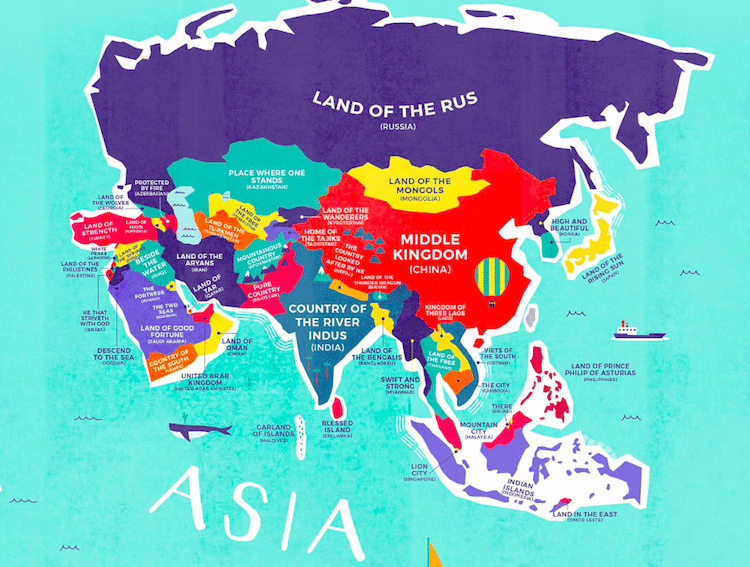 By using a range of sources such as The World Fact Book and Oxford Dictionaries, each country’s name was translated into its early native language, unearthing intriguing facts from around the globe. 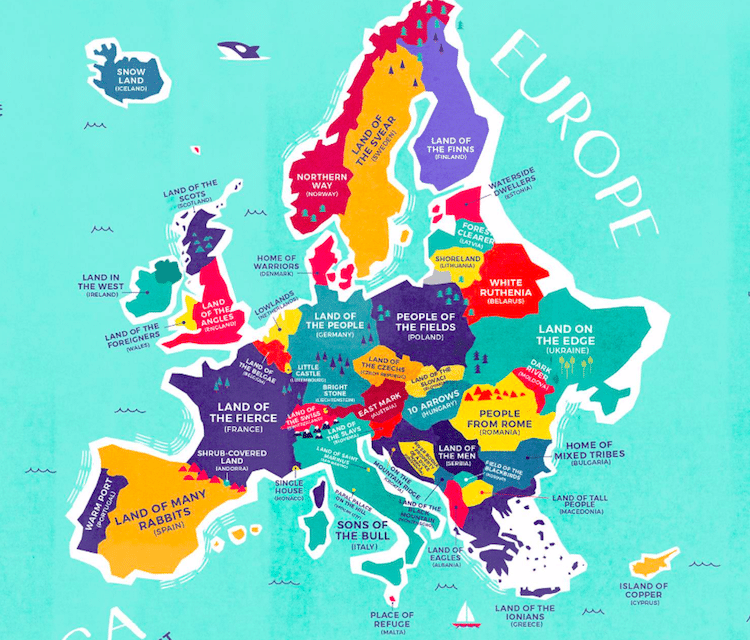 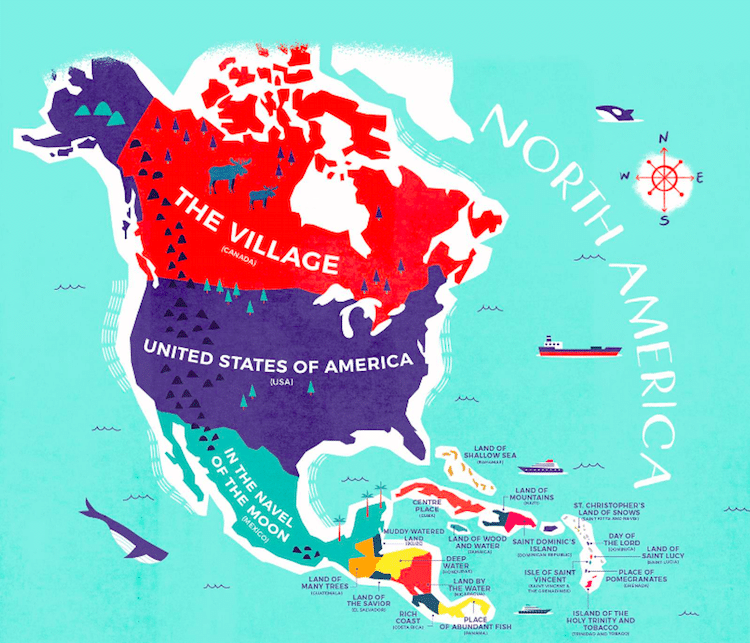 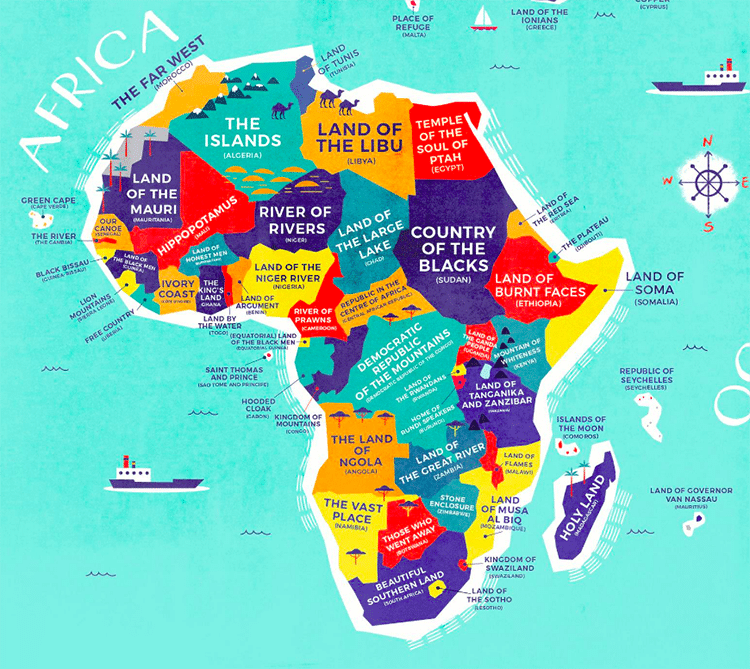 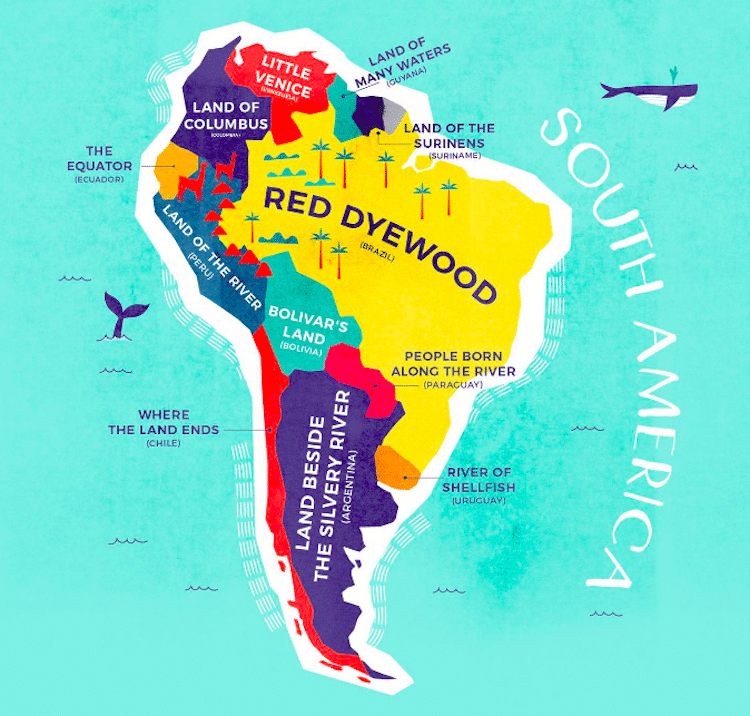 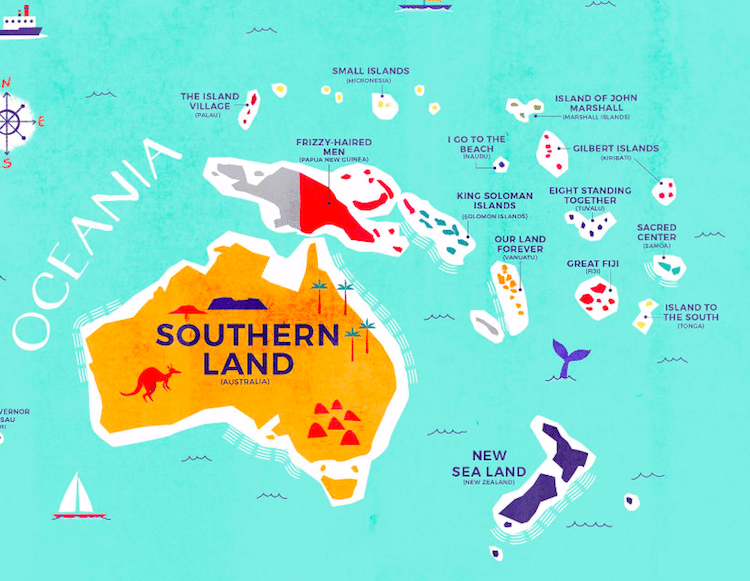 All images via Credit Card Compare.