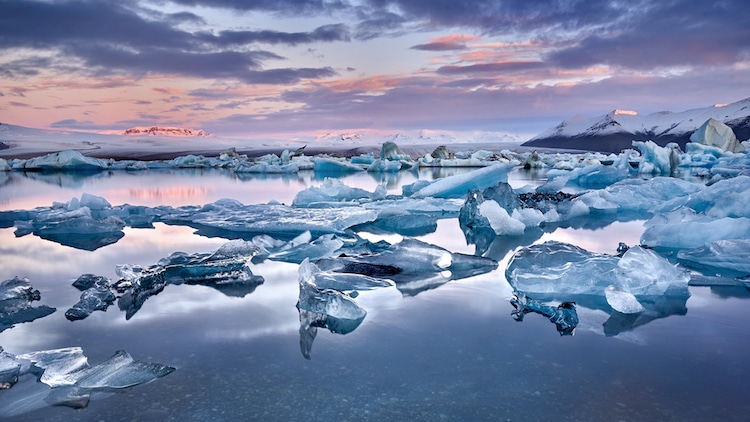 Climate change is rapidly altering our landscapes and ecosystems around the world. In fact, Iceland recently lost its first ever glacier called Okjökull (aka Ok). It sadly melted in 2014 due to rising temperatures. Now, scientists from Rice University plan to install a plaque at the site of the former glacier in Borgarfjörður as a way to commemorate it.

The melted glacier is the subject of the 2018 documentary Not Ok, produced by Rice University anthropologists Cymene Howe and Dominic Boyer. The film not only tells the story of Ok, but brings awareness to the fact that Iceland could very well lose all 400+ glaciers by 2200, unless we radically reduce greenhouse gas emissions.

This may be the first memorial for a lost glacier, but it’s unlikely to be the last. The heartbreaking eulogy on the plaque reads: “Ok is the first Icelandic glacier to lose its status as a glacier. In the next 200 years all our glaciers are expected to follow the same path. This monument is to acknowledge that we know what is happening and what needs to be done. Only you know if we did it.”

Glaciers play a crucial role in shaping our landscape and controlling sea level. “By marking Ok’s passing, we hope to draw attention to what is being lost as Earth’s glaciers expire,” says Howe. “These bodies of ice are the largest freshwater reserves on the planet and frozen within them are histories of the atmosphere. They are also often important cultural forms that are full of significance.”

Find out more about the touching glacier memorial on the Rice Universary website. 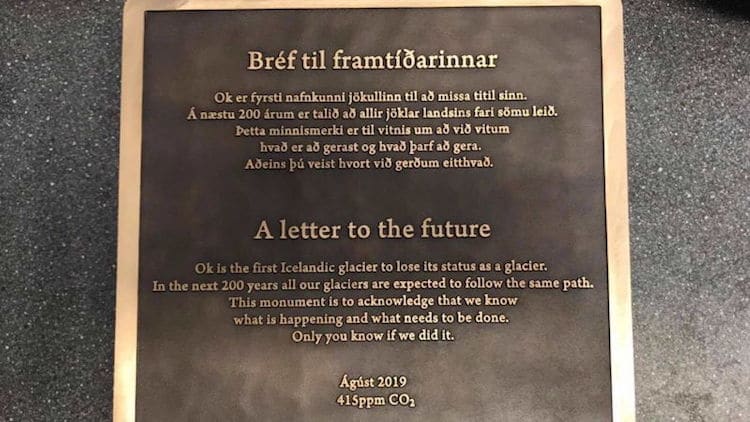