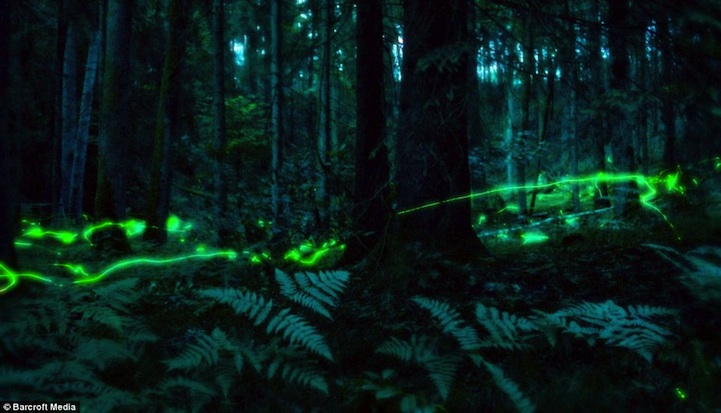 Using a slow shutter speed, photographer and physicist Kristian Cvecek captures incredible firefly trails like you've never seen. The fireflies appear like ghosts weaving their way through an enchanted forest. Though the fireflies' lights are created by a chemical reaction called bioluminescence, by taking these long exposure photos of them, they appear otherworldly, don't they? Cvecek patiently waits between nine and ten o'clock at night to get his shots. They're taken in a forest in Germany, near his home in Eriangan, near Nuremburg. Just beautiful. 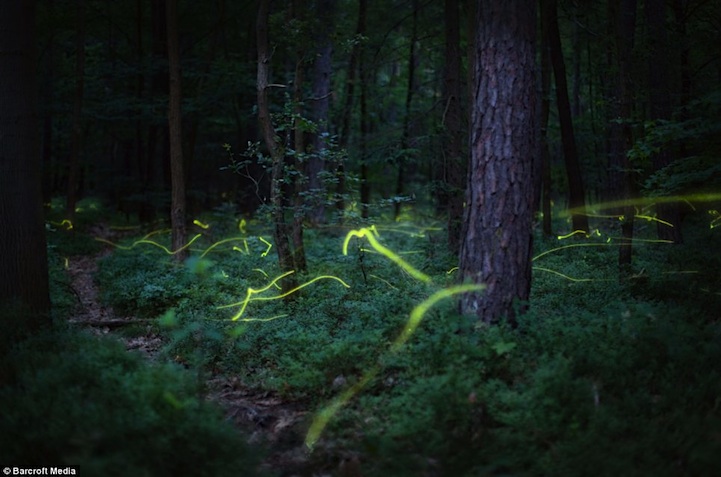 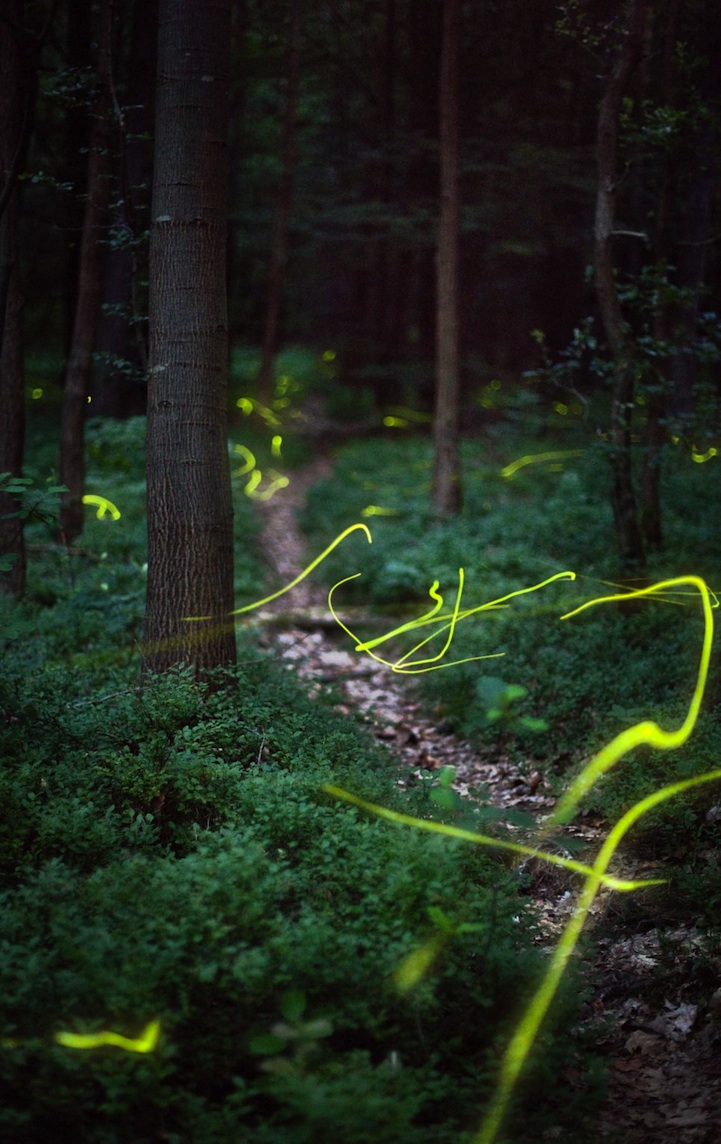 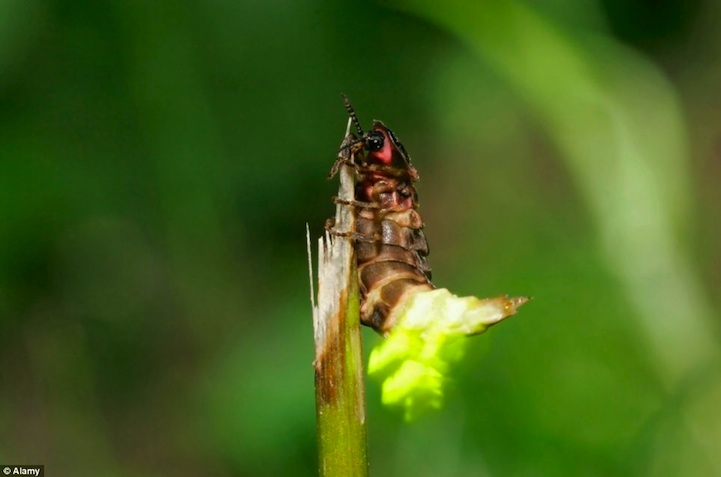