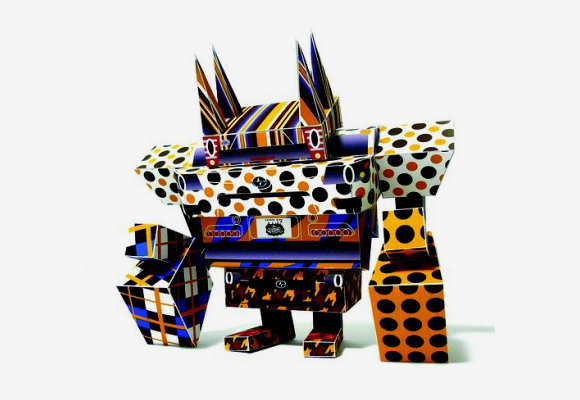 Got some extra time on your hands this weekend? Japanese paper toy creator and artist, Shin Tanaka, has teamed up with LA-based, Asian-American pop culture magazine; Giant Robot, and with Japanese car manufacturer, Scion, in a collaborative effort to provide cut-out templates of Shin's elaborate paper toys, in various issues of Giant Robot magazine. Tanaka's first template appeared in Giant Robot issue 56 which also featured an interview with the artist himself. The second template followed in issue 57 which is out now, and the third will be featured in issue 58 which hits streets on February 9, 2009. Readers can cut out the templates and fold them following the simple instructions to make their own robots. Readers who create all three figures can assemble them to create Tanaka's larger “4-in1 Robot” commissioned by Scion. Tanaka, who was born in Fukuoka, Japan, is an artist who creates imaginative paper toys, figures and sneakers with precise details. When he was younger, he began creating paper sneaker replicas with complete detail because he could not afford to buy all his favorite shoes. Since then he has collaborated with Nike, Adidas and Reebok to create custom footwear. Tanaka offers most of his fun templates for free at his website where you can download them, print, build and customize your own little monsters. 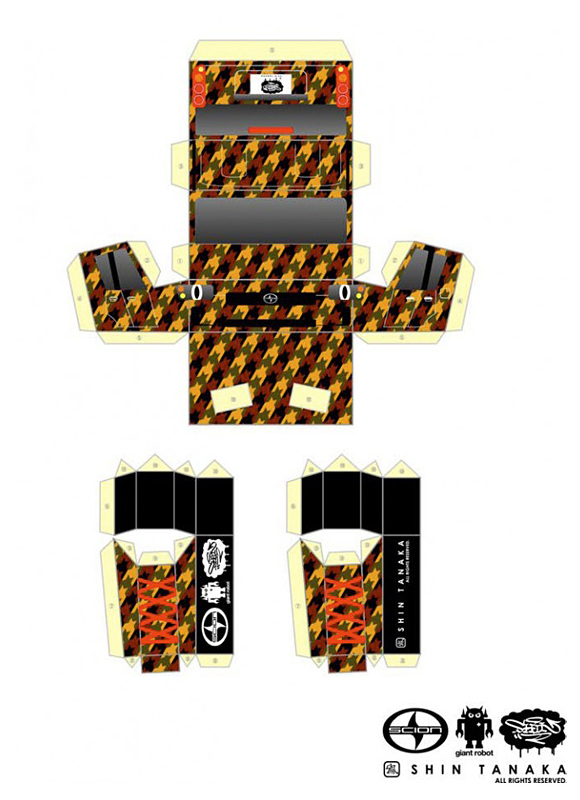 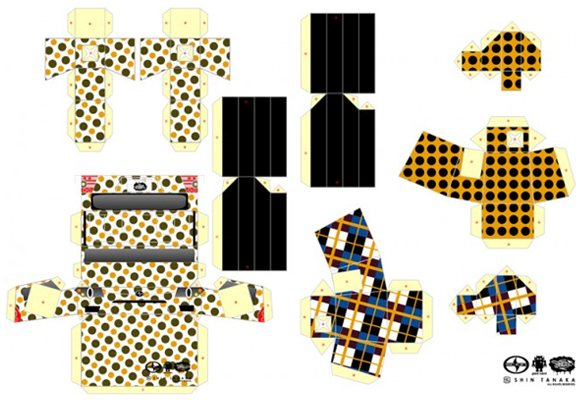