Stunning Shots of the Most Gorgeous Sculpture at Burning Man 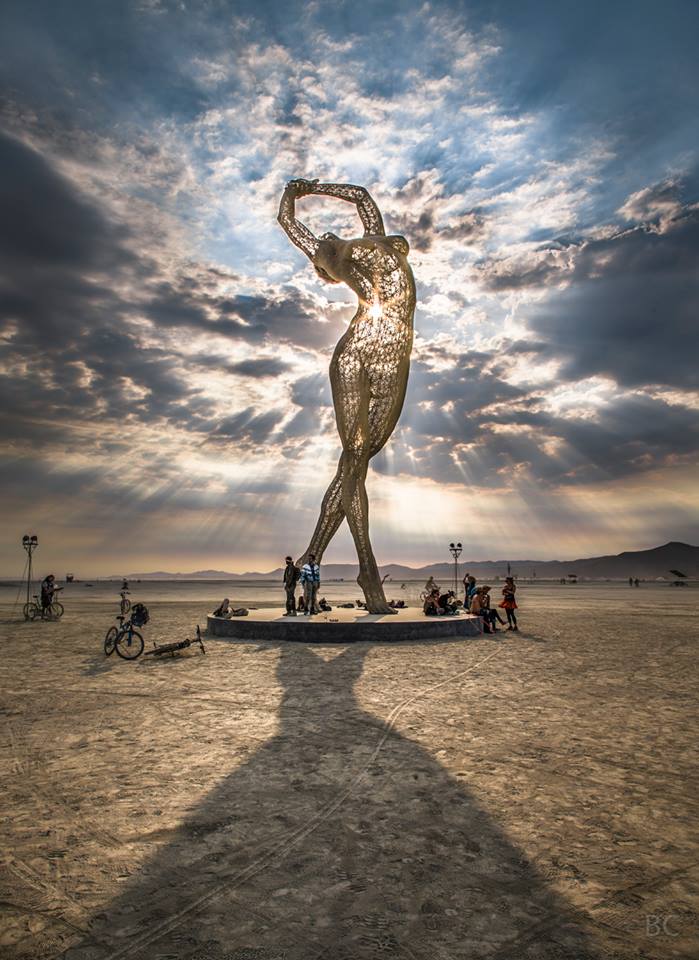 One of the most eye-catching artworks at this year's Burning Man festival was a 55-feet tall sculpture of a woman in a beautifully elegant pose. Truth is Beauty is the second of three sculptures in a series called The Bliss Project by artist Marco Cochrane. Constructed of welded steel rods and balls and covered in stainless steel mesh skin, the massive sculpture had interactive lighting effects that made it constantly change.

The first photo, above, was taken by Ben Canales, a photographer we'd previously featured on My Modern Met for his magical nighttime photography of the stars and the sky.

Here he is describing his first-hand experience at Burning Man and the story behind this glorious shot (above), “Last week in a fit of spontaneous, spur of the moment adventuring, I joined a group going to Burning Man a couple days before they left. It was amazing.

“At this point, you probably fall into three reactions, a bunch of you have no clue what I'm talking about, and the rest have either very positive or very negative opinion of it. I've been curious about ‘the Burn' for a bunch of years now and I'm pleased to say it is so, so much bigger than its whispered reputation.

“I intentionally tried not to use my camera, to instead be present for the experience – but, on the last night I was so inspired by all the art pieces and energy of the whole city that I couldn't help it and threw my camera in a backpack. This piece in particular, called ‘Truth is Beauty' was a mesmerizing sculpture I kept coming back to through the week. This giant metal mesh sculpture of a woman freely dancing out on the Playa floor continuously changed as the weather, light, and people moved around it. I love the pose and freedom. The natural grace of the feminine body. The intent and effort to to spin under the sun, stars and moon; carelessly in full display of everyone- she hears nothing but the song in her head and see's nothing but what her imagination is drawing her to. She is fully herself.

“The inspiration behind the piece comes from the artist wanting a world where women can feel and truly be safe and free of sexual harm from predators. In his sculpted world, we're all the better for 50% of our population not living in fear of letting their guard down or going/doing/being something that is frowned on simply from being a woman. I can relate to a version of this disappointment where I've heard multiple women say they want to go out and do night photography like I've come to love, but they're afraid to be alone out in the dark. This is sad and is only a fraction of the injustice that still lurks in various cracks of our consciousness and society. It's not ok. And it can change.

“I so very much appreciated this intentional and evocative art piece, and Burning Man was full of so many more completely different, but as engaging pieces. To have a week to explore and experience intentional art that's been transported out to a desert floor to exist and speak for only 3-7 days was incredible. I've got a few more pics to share and I'll make sure each one shares a different piece of the pie. But, I'll tell you now, I could talk for hours about my week at Burning Man.” 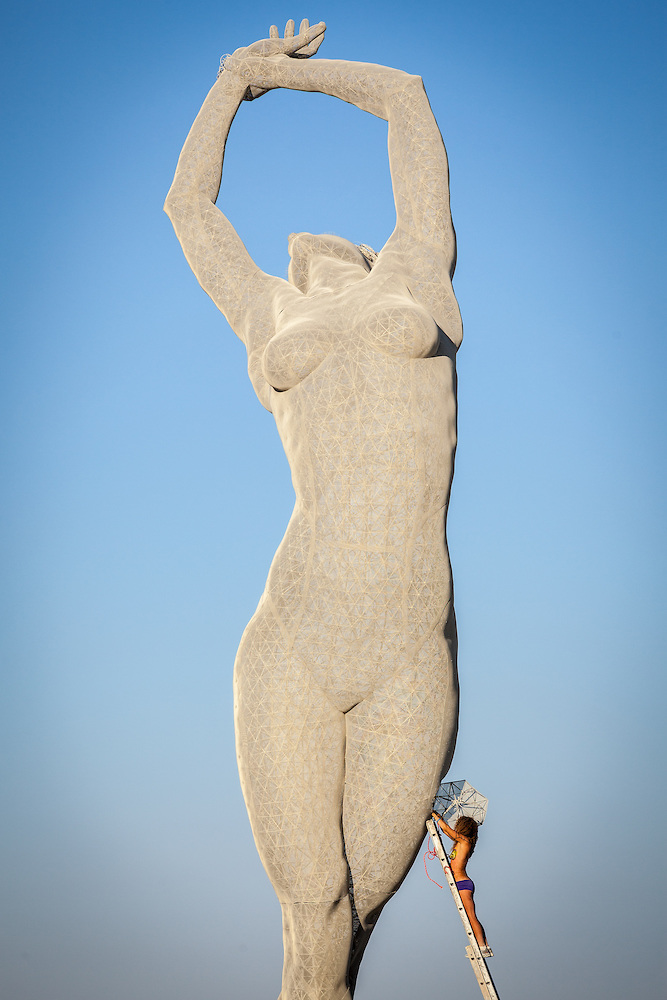 Woman Works On The Truth is Beauty Sculpture by Duncan Rawlinson 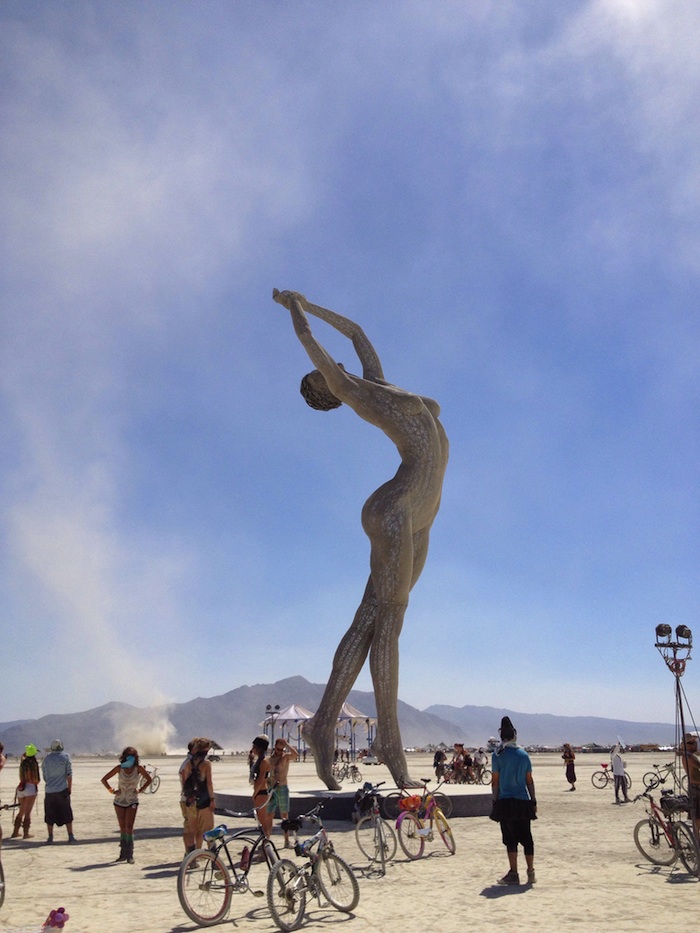 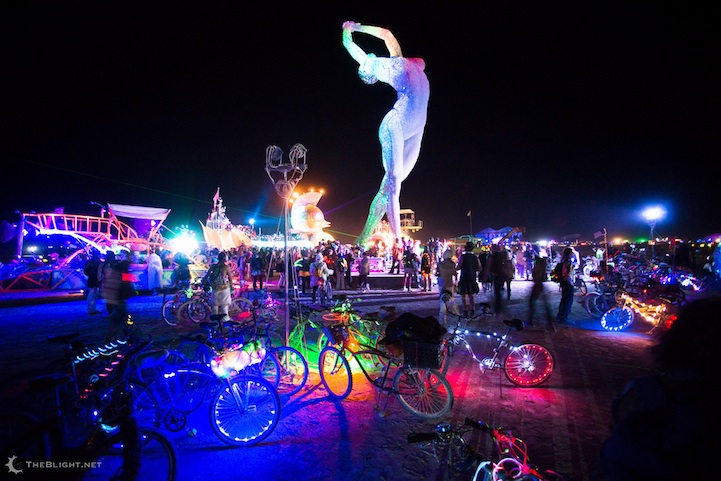 Truth is Beauty by Marco Cochrane at Burning Man 2013, photo by Neil Girling 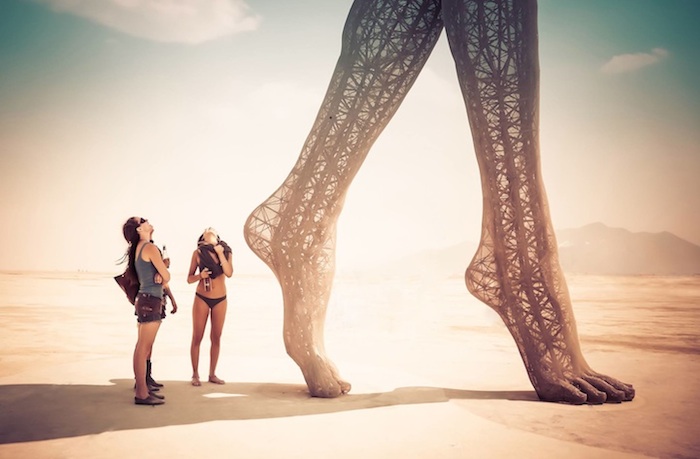 The Lady Soars by Trey Ratcliff 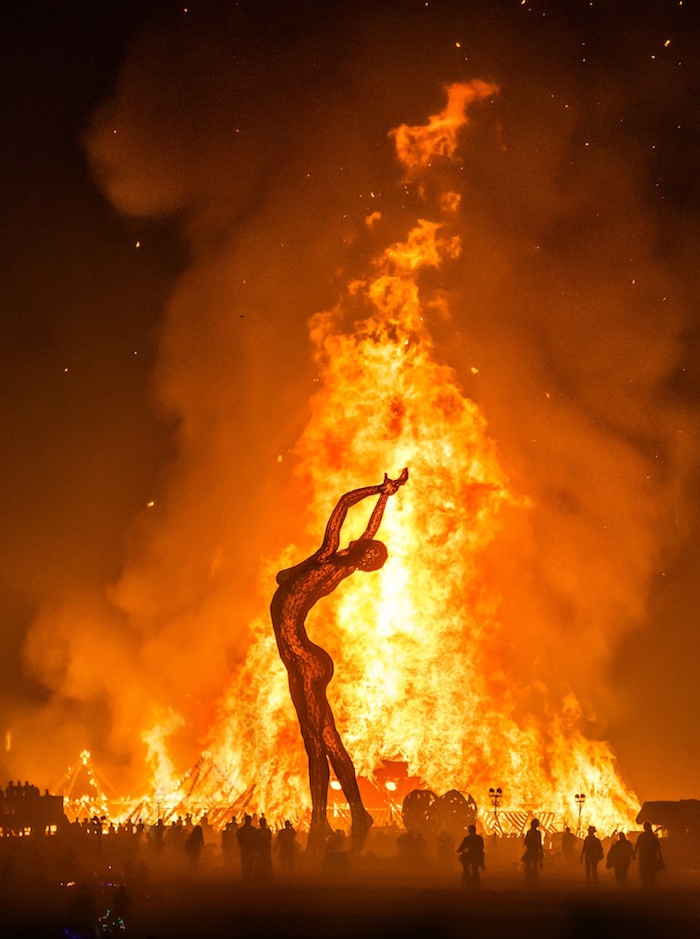 The Temple Burns after the Man by Trey Ratcliff

These last two photos were taken by none other than HDR-pro and our friend Trey Ratcliff. He writes, “On the final night, a huge fire engulfed the temple and it burned away into the darkness…(and err… yes, I know that is a woman… above I was referring the Burning Man at Burning Man, which burned the day before…)”