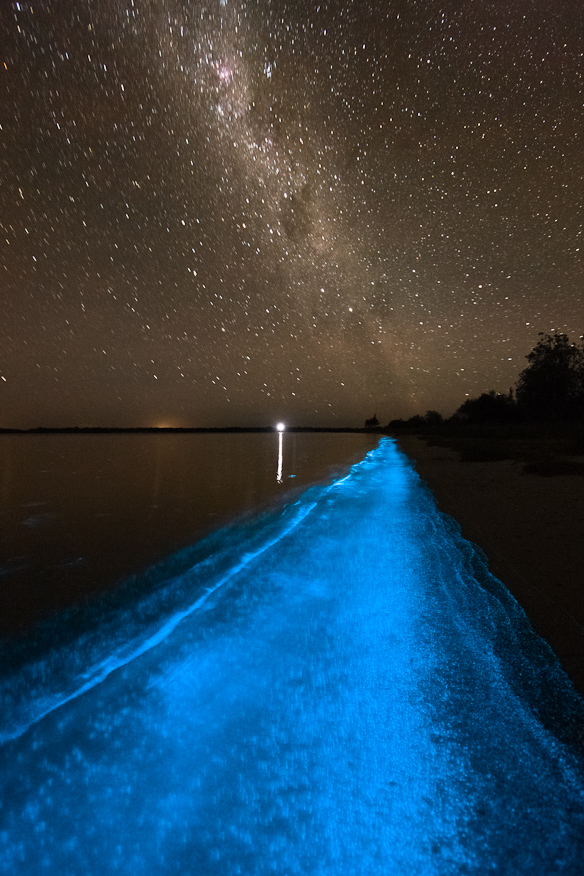 We've seen blue bodies of water, but nothing quite like this! Astrophotographer Phil Hart captured a mesmerizing series of images featuring an unbelievable, yet natural, blue sheen streaking through a sea of saltwater. The bioluminescence effect is the result of a defensive reaction employed by microorganisms in the Gippsland Lakes in Australia. Their radiant reflex is similar to the luminescent jellyfish found in the British Columbian coast.

The tiny creatures, called Noctiluca scintillans, emit a bright blue light in an effort to warn its fellow algae of a disturbance. Essentially, any movement or shift in the tide would result in this response. Whether a group of children are playing in the water or waves are naturally flowing, the N. scintillans are sure to react by illuminating their surroundings. Though the non-parasitic creatures can be found in several locations around the globe, Hart's images are unique because of its vibrant intensity. The circumstances, according to the artist, were unlike any he has since experienced.

“The bioluminescence was an absolute buzz!,” he told us. “It was during a summer camp program for Camp Cooinda, so my friends on the leadership team and I had a great time in the evenings playing in the water and experimenting with photographic ideas. It was hard getting to bed but we had campers to look after so, eventually, we had to drag ourselves away. Once the moon came out later in the week the bioluminescence was harder to see. We're all longing for the day when we see it like that again but we could be waiting a long time!”

Hart's story, including how these marine-dwelling life forms wound up on an Australian coast, and how he managed to document their beautiful activity on film, is an extensive, saturated tale that is fascinating. You can read his recap of the project's history and the measures he took to capture the rare photographs on his website. 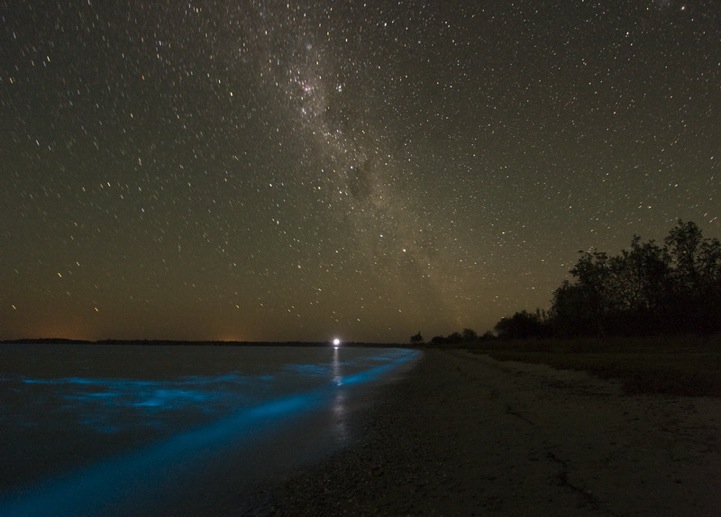 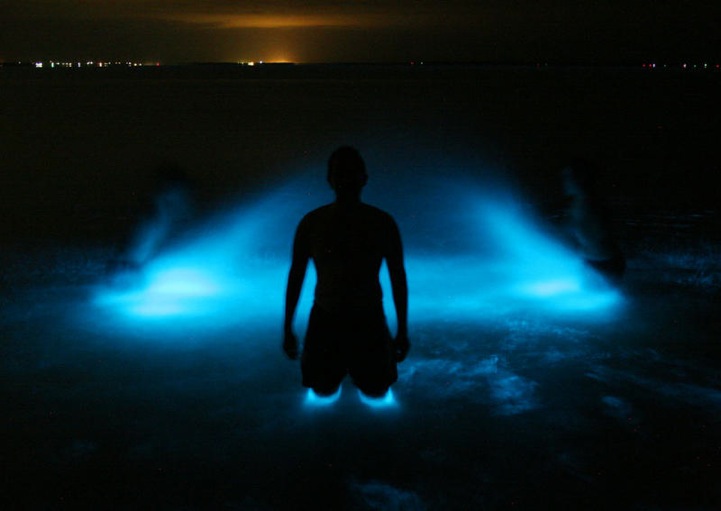 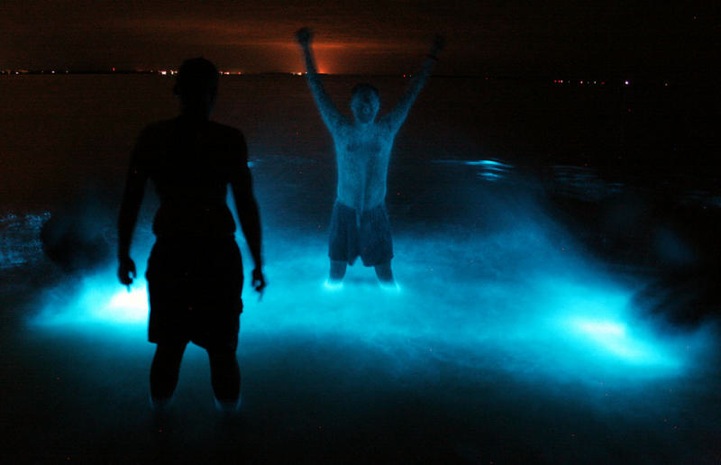 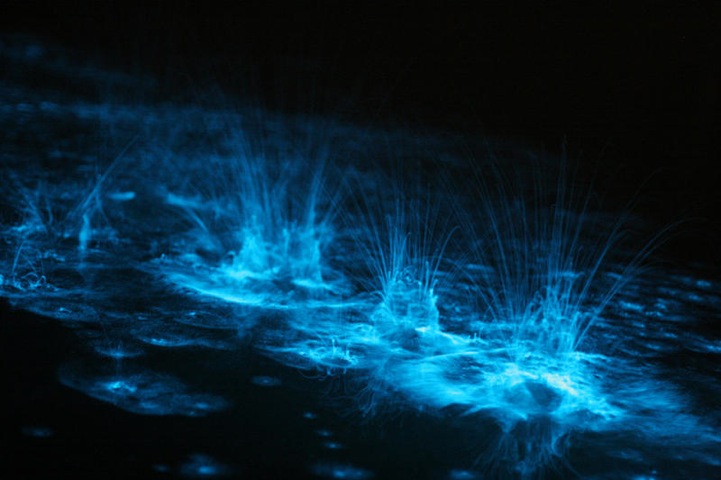 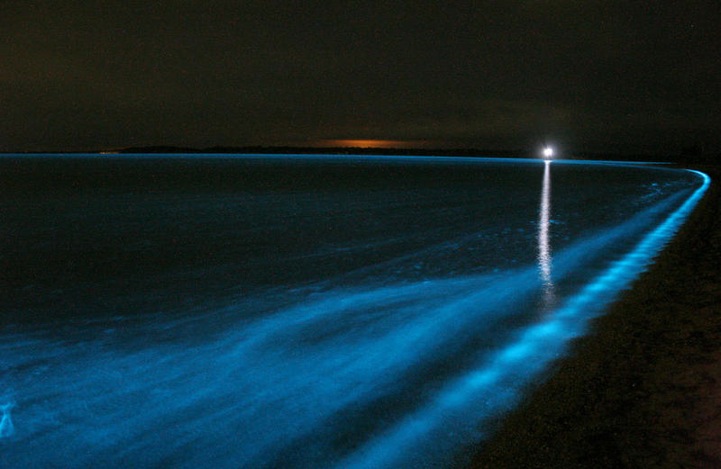 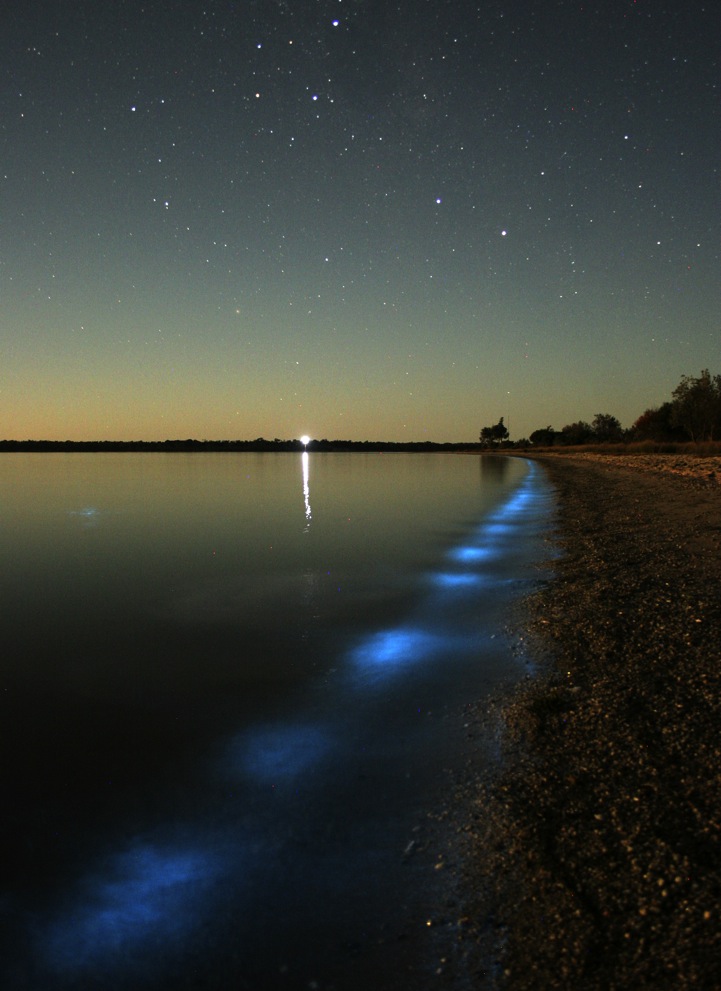 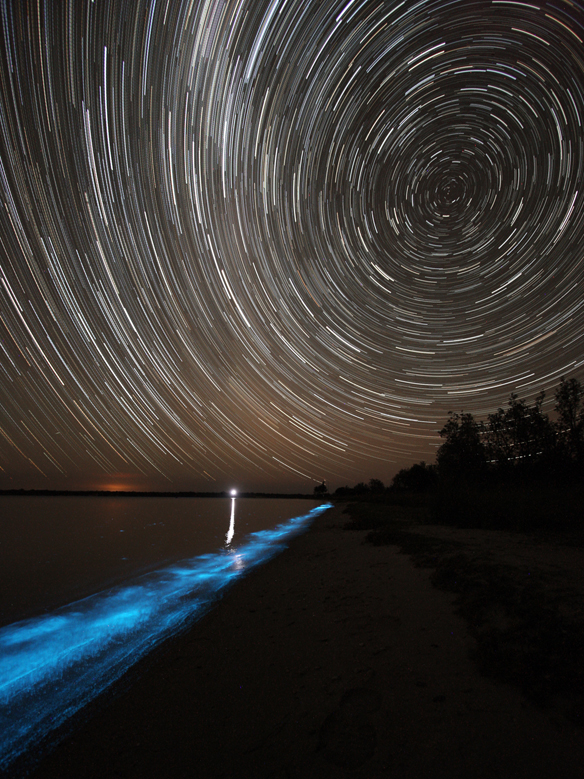