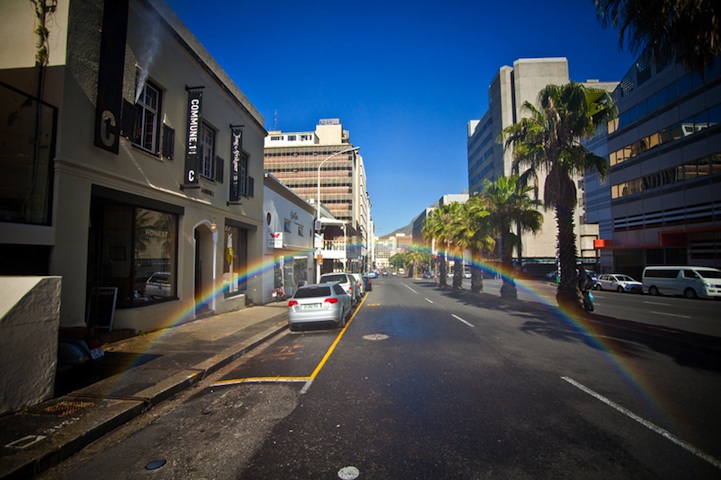 “As the earth spins you're given a window period in each day where it'll allow you the possibility to orchestrate nature to do its little dance.” Artist Michael Elion has created a gorgeous, man-made rainbow in front of Commune1 Gallery in Cape Town. Visible every sunny day for about an hour, from now till October 14, the colorful arc is a magical creation that transforms a banal urban street into a land of wonder. “Rainbow” was made as part of Commune1's first Birthday Group show as well as for Creative Week in Cape Town.

So, just how was it created?

“The rainbow consists of water vapor and sunlight and is generated using a high pressure pump powered by a petrol motor,” he tells us. “Water from the tank flows through the pump and exits via high pressure hosing with special nozzles attached to the end of a lance. The nozzles atomize the water to the correct particle size by controlling the angle at which the water exits the nozzle at a particular pressure. The flow-rate of the water through the pump, relative to the pump's pressure setting and the shape of the nozzle all contribute towards how vividly the rainbow will appear.

“The balancing act of creating a rainbow that appears brightly and colorfully is delicate. There needs to be the correct density of water particles in the air and those particles need to be a certain size in order for them to refract optimally. If the particle to air volume ratio is correct the rainbow to appear clearly and colorfully.

“The most important element however is the viewers vantage point relative to the sun and the sun's position in the sky. For this exhibition I wanted to engineer the rainbow so that the arc would lead you into the gallery's front door, and this is only possible between 2:45 – 3:45pm at this time of year in Cape Town.”

How did this fascination with creating rainbows come about? “My interest in trying to create a rainbow started after a surf session a few years ago,” he says. “The wind had been howling and there was a stinging mist coming off the waves and blowing out to sea. Every now and again a perfectly circular rainbow would appear in front of me and then disappear with the mist. It was absolutely stunning, and such a powerful and enchanting phenomenon.

“After testing for months I eventually got to the limits of what the equipment I was using would allow, but can now make them very much bigger. I'll hopefully be installing a larger one for an environmental event in Cape Town in the coming weeks.”

You've just got to love the pictures of people playing in the rainbow. It's almost like they become kids again. 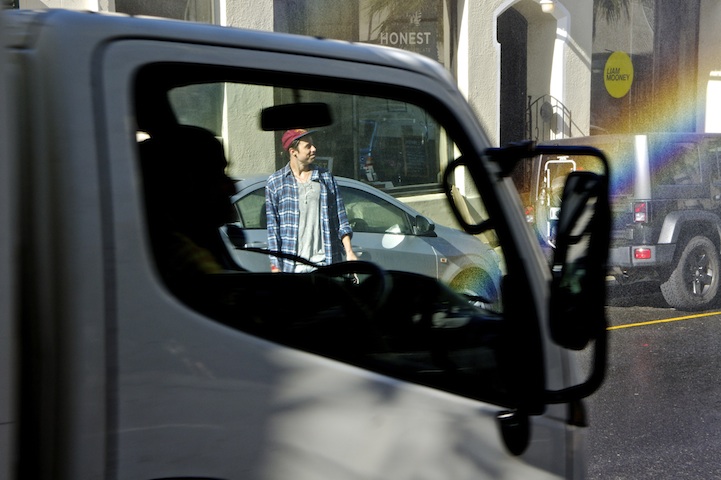 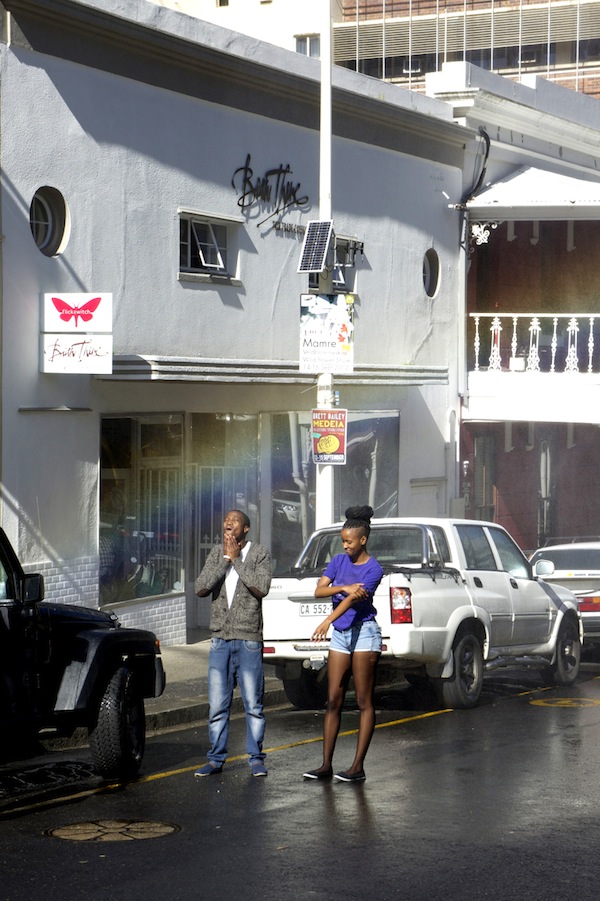 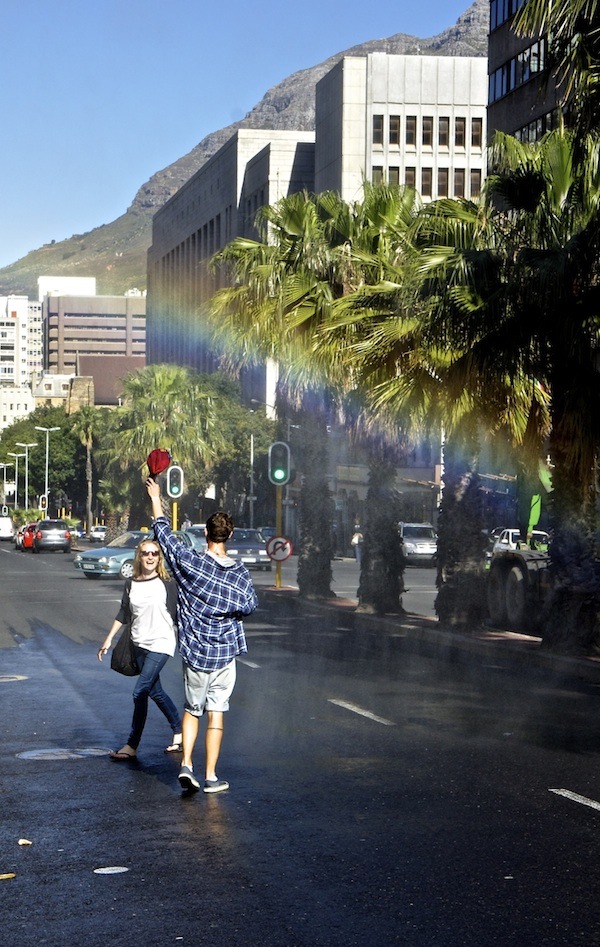 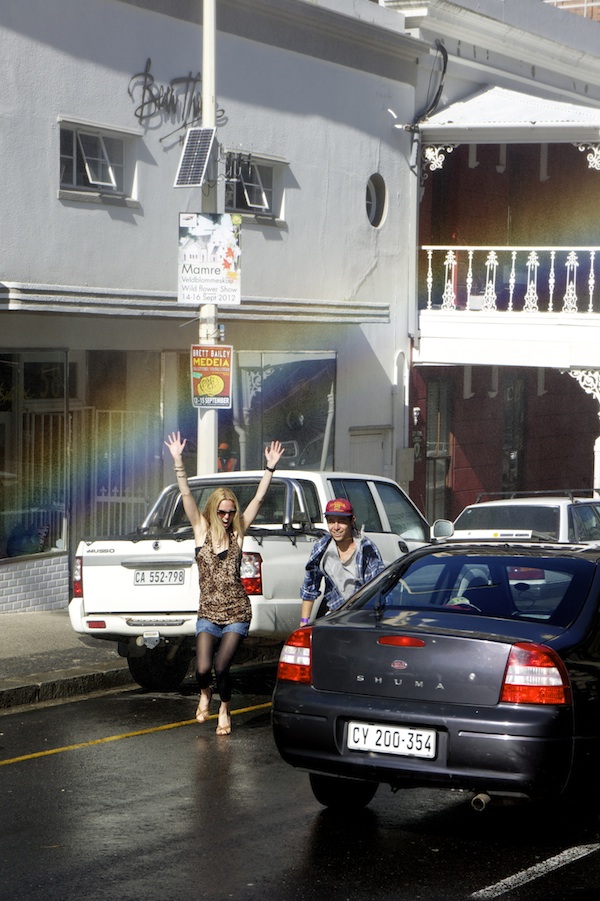 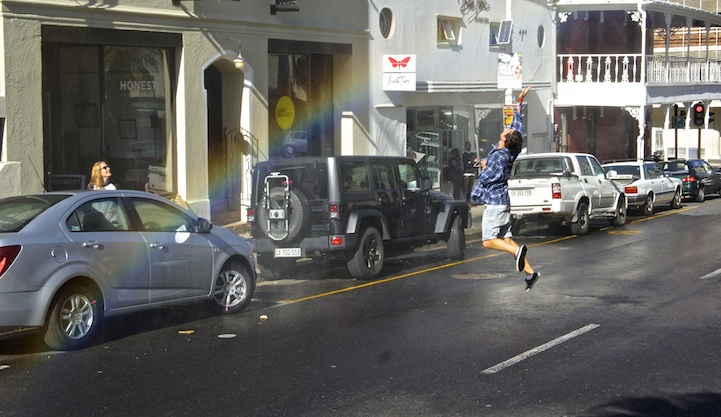