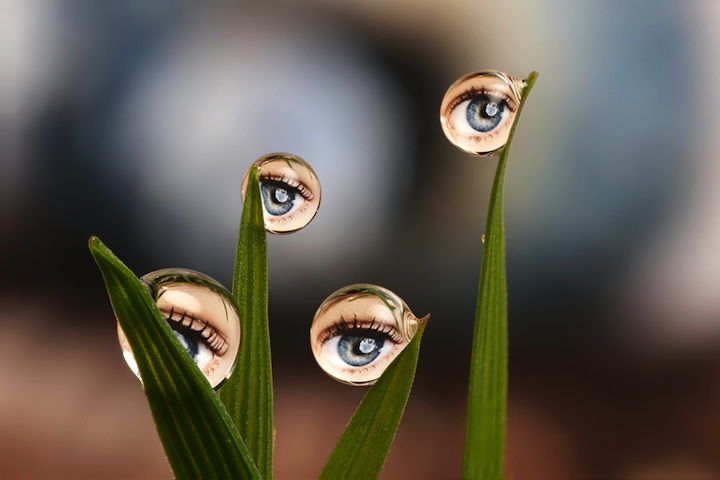 As a “fairly keen” gardener, Brian Valentine always had an interest in finding out what was going on in his backyard. Taken to early retirement, he bought a DSLR and a macro lens with the intention of pursuing macro photography as his full-time hobby. (For those of you who are not familiar with macro photography, it's close-up photography of very small subjects and it typically requires using a macro lens.)

Armed with his equipment, he ventured out into his garden and started shooting everything from flowers to insects. With 99% of his shots taken in his own garden, he hasn't found a reason to go elsewhere. In fact, he's been taking photos in the same garden for over six years now.

When asked why he found water drops so fascinated, here is what Valentine told us. “First, they are quite difficult to do well. It took me nearly a year to work out how to do the flower dewdrop refractions shots well. Secondly, I have always liked surrealistic art and tend to think many of the water drop shots look rather surrealistic. Lastly, I find it interesting because in most macro photography you have very little control of the subject or the background (assuming you are shooting for example wild insects). Doing the dewdrop refractions with flowers does give you some control back.” 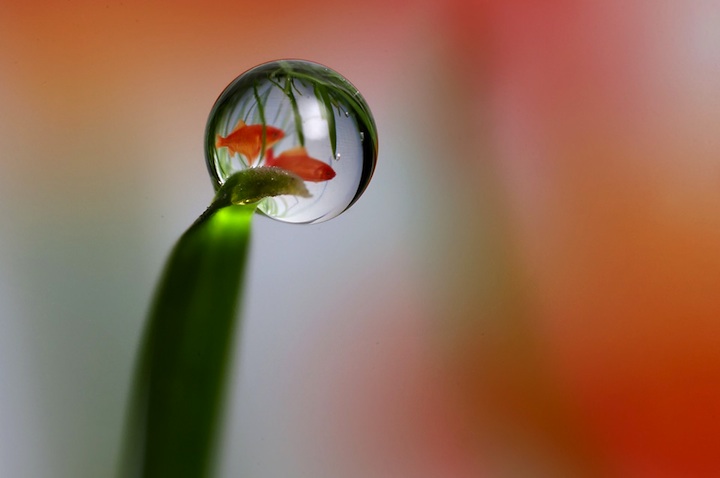 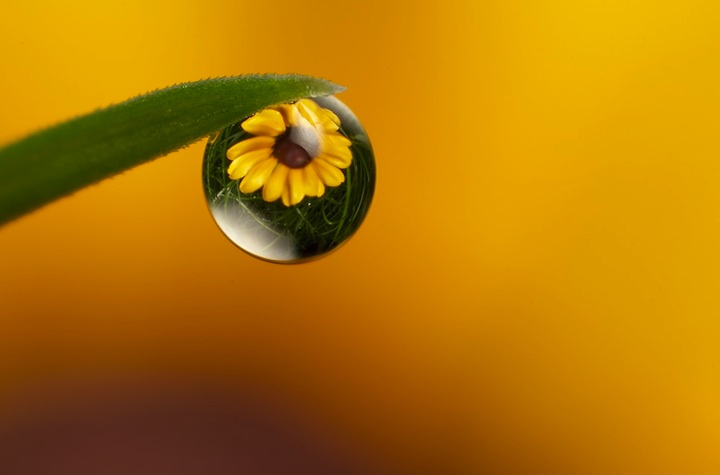 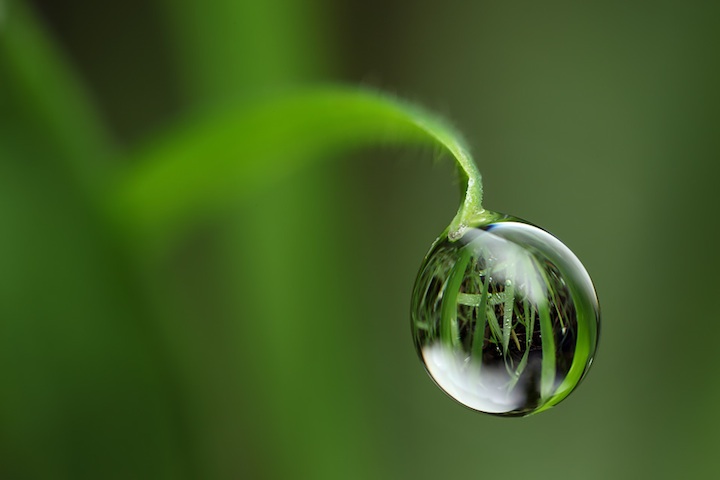 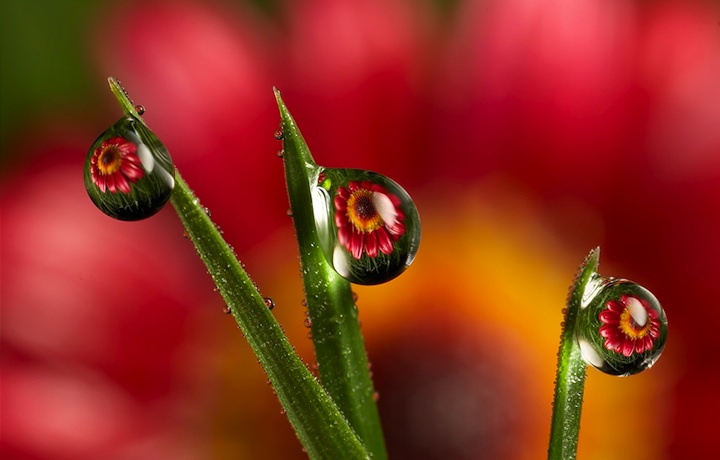 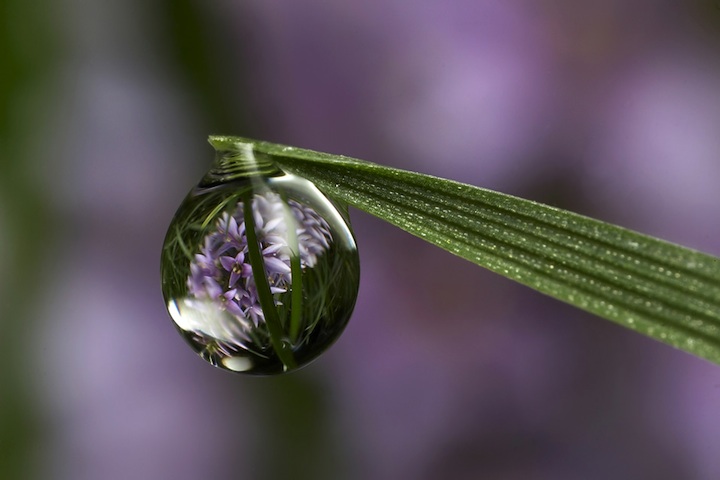 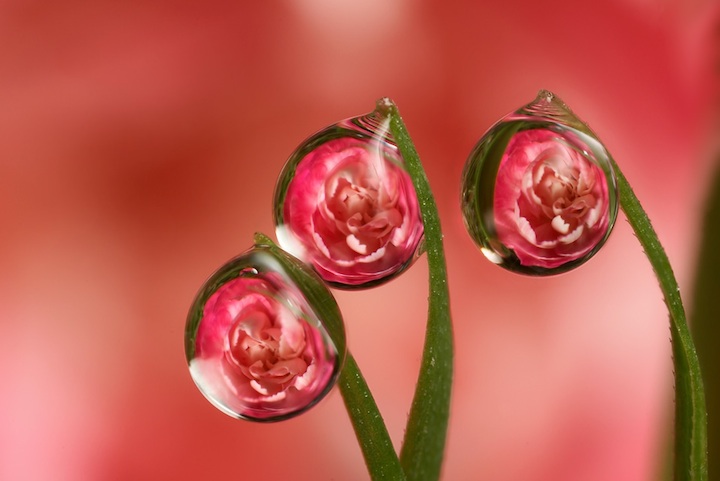 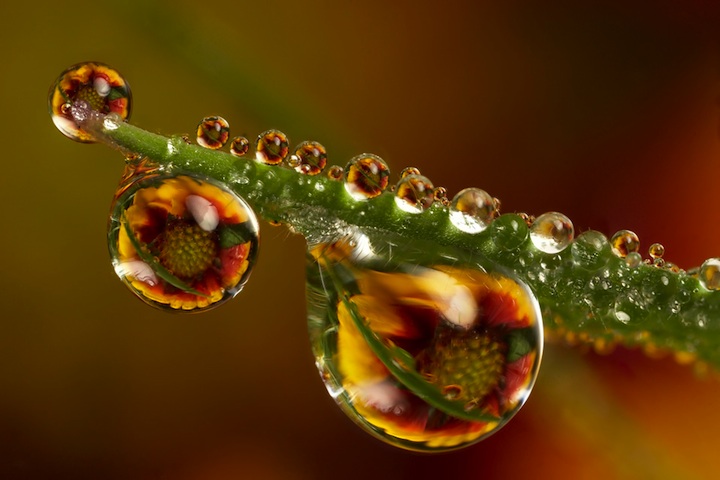 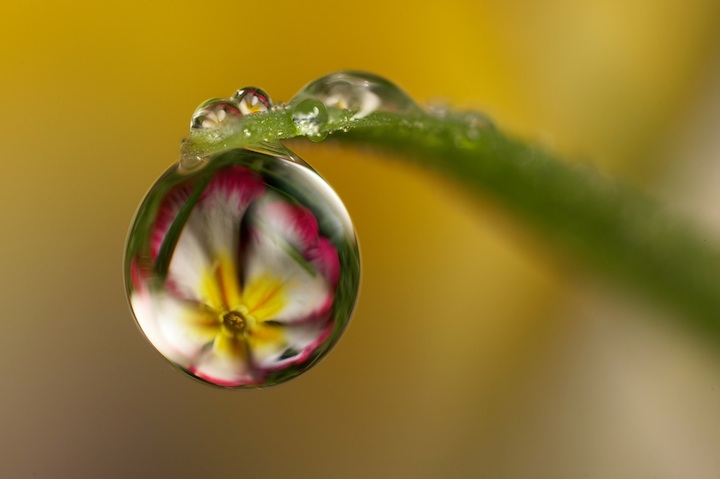 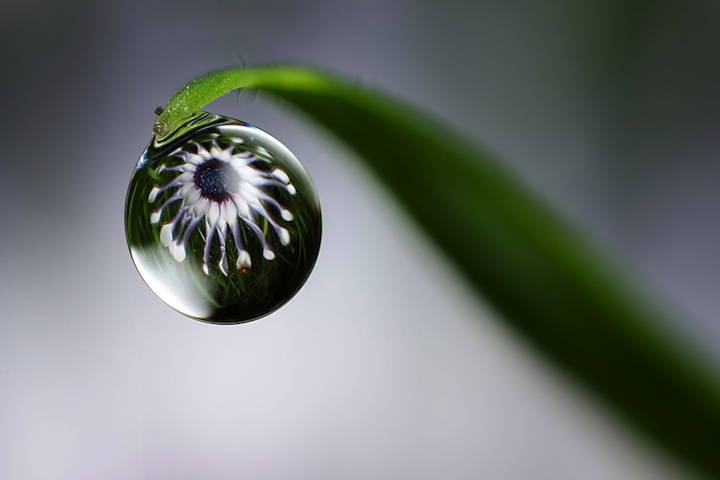 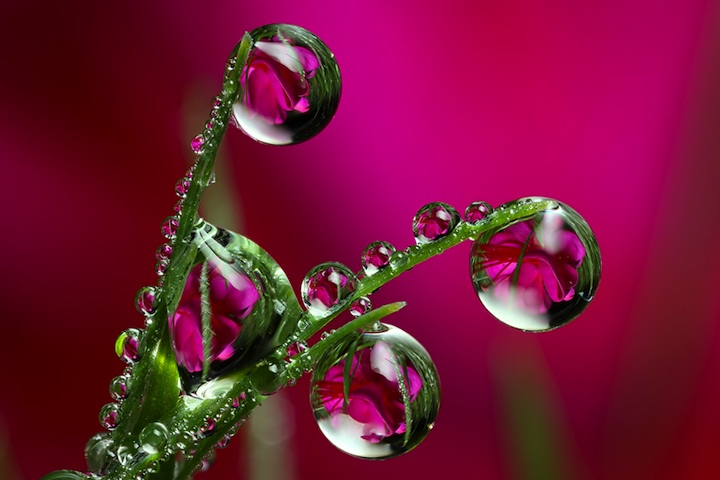 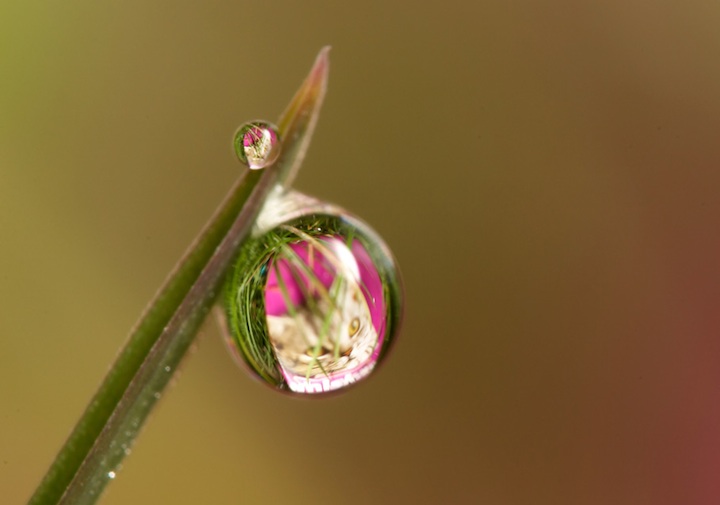 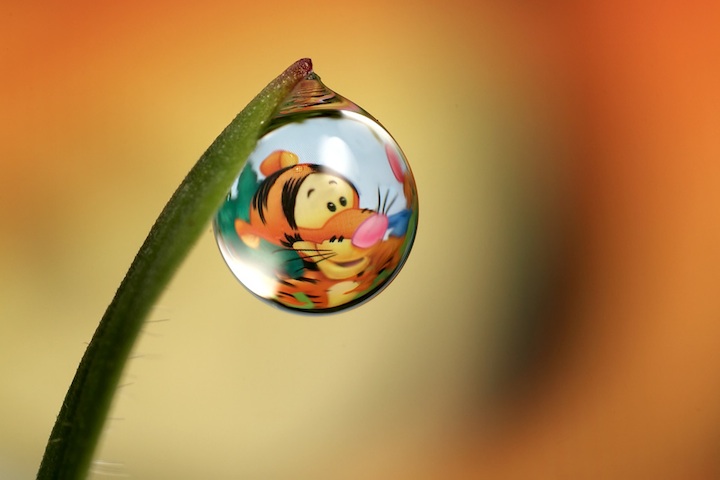 If you're interested in trying out macrophotography, Valentine's written some extensive hints and tips in this forum thread.