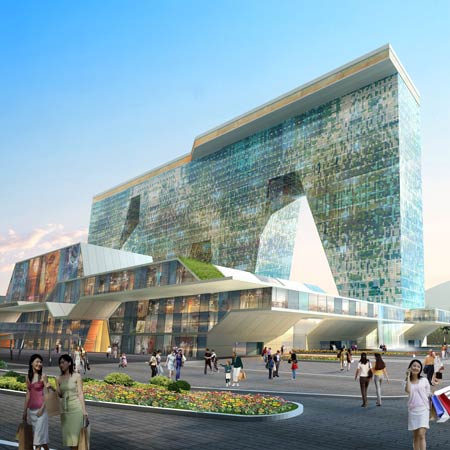 Shenzhen is one of the fastest growing cities in China. In the last 20 years, it has grown from a fishing village, to the richest city in the country with a population of 14 million. Together with Hong Kong, this area is slowly but surely transforming into a world metropolis in terms of economy and population and will soon be among the top-5 in the world. Due to the shortage of construction sites in Shenzhen, Longgang has become the fastest growing district adjacent to the city.

Dutch architects Mecanoo have unveiled their masterplan for a new business center in the Longgang district of Shenzhen, China. The development will include 8,000 residences and over 4.3 million square feet (400,000 m2) of commercial space including a hotel, shopping mall, offices and small businesses, linked by boulevards, promenades and squares.

The entrances to the business center will be marked by a number of commercial landmark ensembles. The most prominent is a 1 million square foot (100,000 m2) horizontal building on four legs containing a shopping mall, a skating rink, a cinema, offices, hotel, hotel apartments and loft apartments. The apartment buildings have collective courtyard gardens and shared facilities including two schools and daycare. 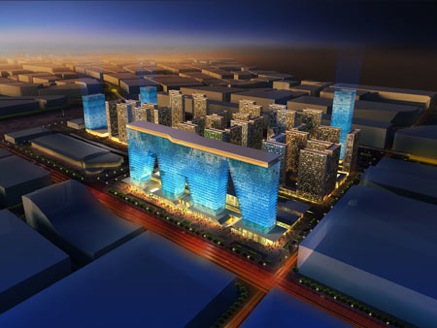 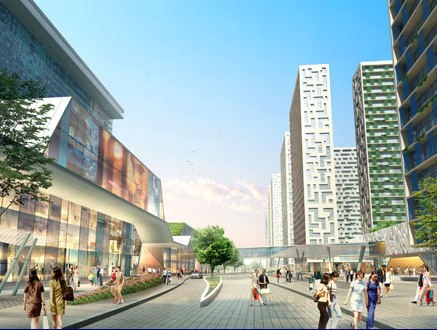 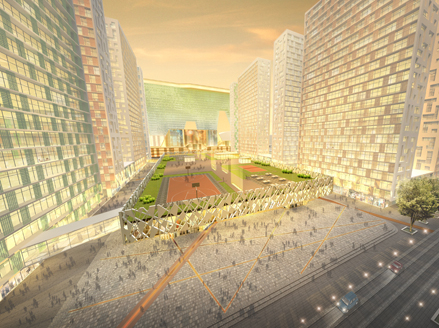 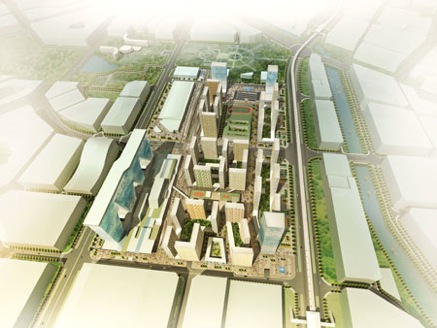