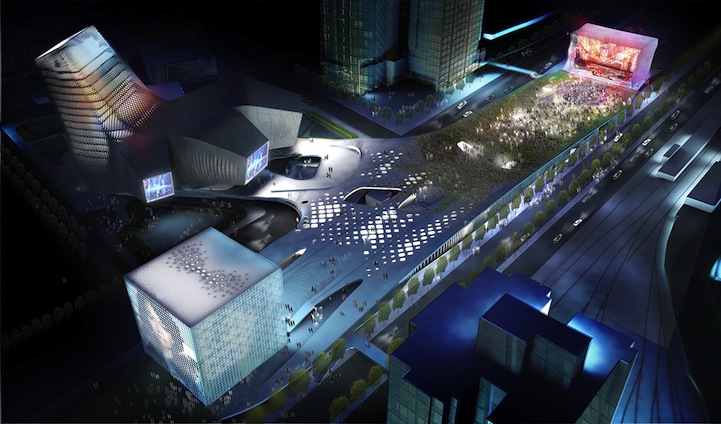 The three major zones of the Taipei Pop Music Center incorporate a Main Concert Hall, Outdoor Amphitheater, and Hall of Fame. The mixed-use complex will be a 24-hour attraction independent of the schedule of performances in the theaters, and will feature a myriad of shops, markets, cafes, and restaurants.

“Pop music, while a global phenomenon, is regional in its definition. The Taiwanese Pop music scene typifies the phenomenon; while it crosses borders and cultures and dialects, it nevertheless has produced styles and genres with distinct transnational form and appeal. Though many aspects of pop culture exist in a hyper-technological or virtual realm, there is a need for a defined physical hub dedicated to the production and reception of pop.” -Reiser + Umemoto RUR Architecture PC 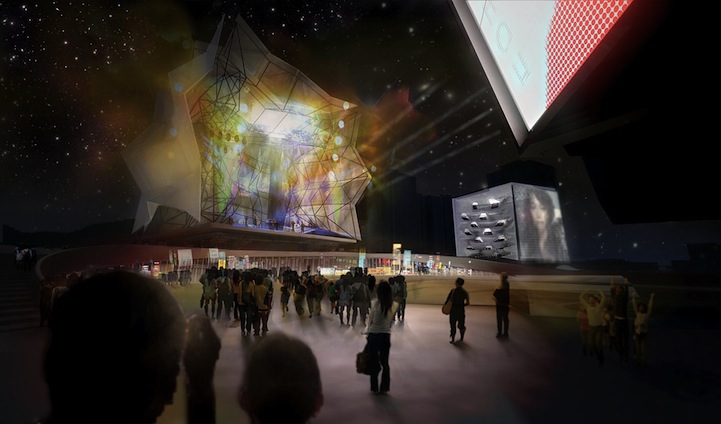 The Robot Theater features a mobile stage and can accommodate up to 16,000 people. A technological net provides solar screening and LED lighting to the Outdoor Amphitheater. 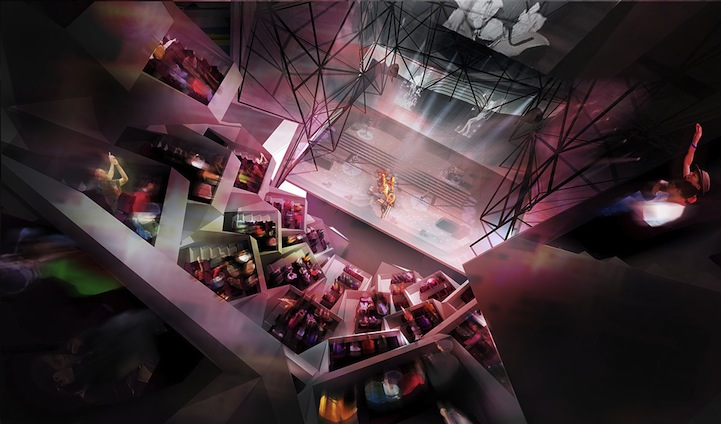 The Main Hall features a 3000-seat indoor auditorium and a tower dedicated to the pop music industry. 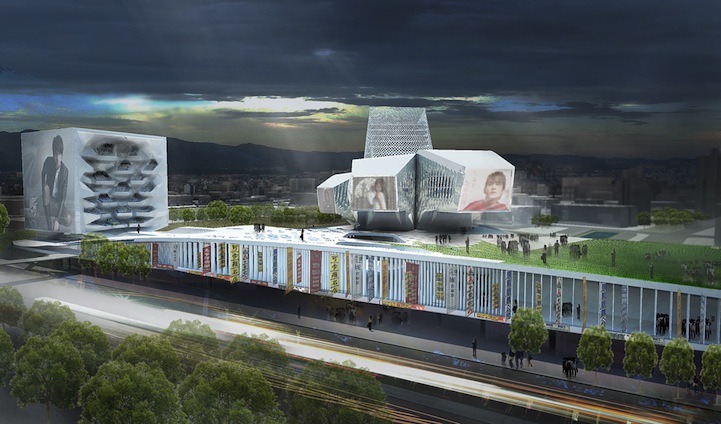 The Hall of Fame will be an outlet to track the T-Pop industry, linked with performances, hall of fame induction ceremonies, outdoor spaces, and media projections.