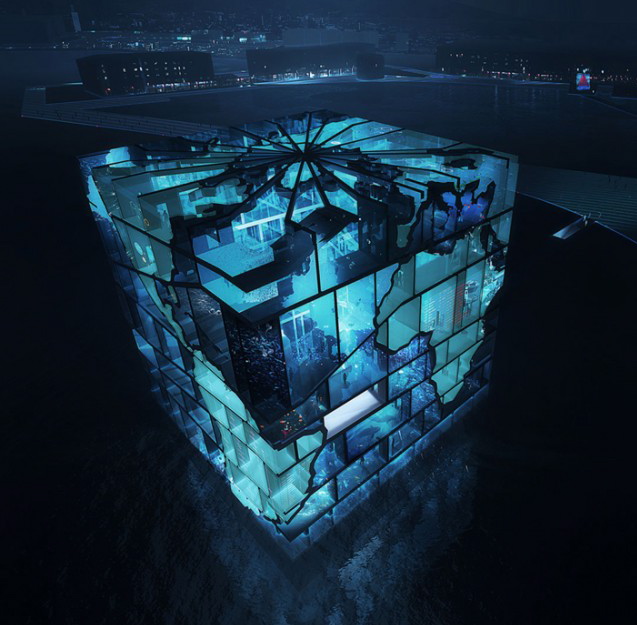 MVRDV recently designed the Water Cube pavilion for the 2012 World Expo in Yeosu, Korea. The structure is designed to express the power and beauty of the oceans, and is composed of water filled basins, which act as both a temperature buffer as well as the main attraction. A bit like being inside an aquarium, the hollow inner sanctum will be lit with water-filtered light, and will be used as an exhibition center during the Expo.

Korea's 2012 Expo is centered around the theme of “The Living Ocean and Coast” and MVRDV's pavilion will be an inspiring representation of the world's oceans. Arranged like a world map, different basins represent the world's oceans and continents, with the polar seas on the top and bottom and the tropical seas in the middle. Four layers of glass sandwich the water in between and from the outside the continents are clearly delineated.

Sea water is pumped continuously throughout the basins to maintain circulation, and the ecology of the water. The glass basins also act as a temperature buffer from the outside conditions, and also represent the role of the ocean as a temperature modulator for the planet. The exterior of the structure also contains rolling curtains to control the UV penetration, while solar cells generate energy to help pump the water and provide lighting.

After the Expo, the pavilion could be reused as a concert hall, theater, museum or even an office building. 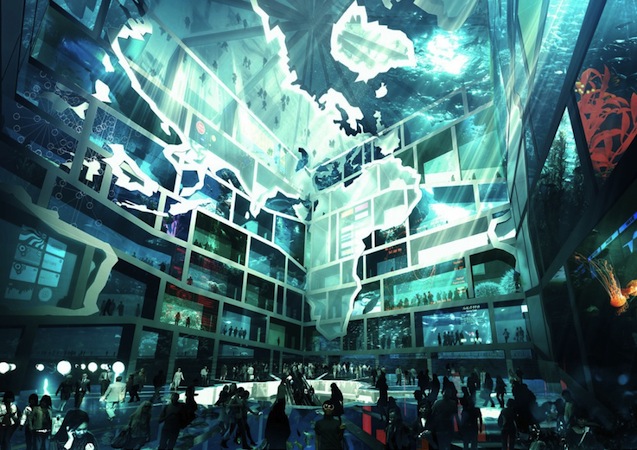 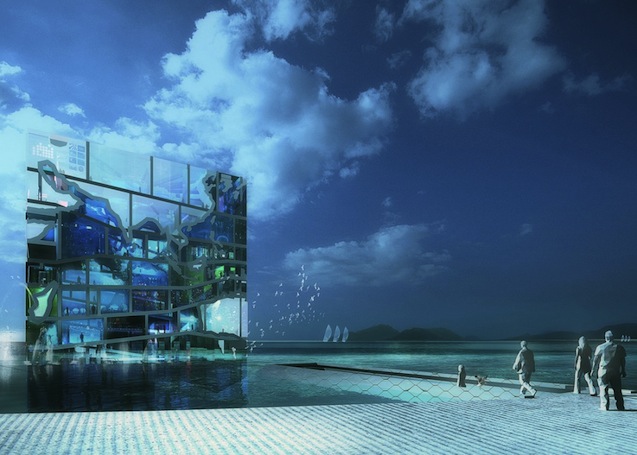 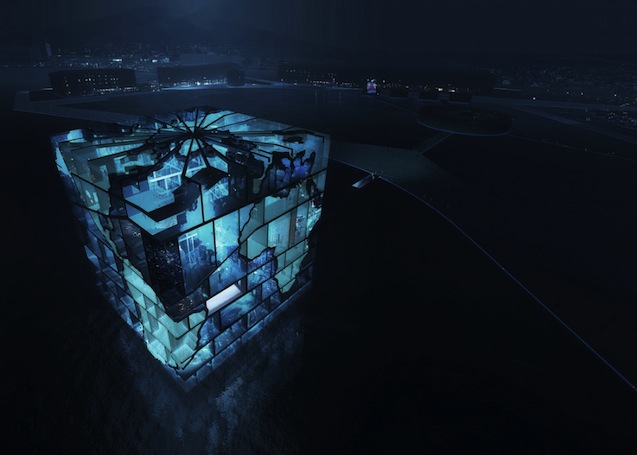