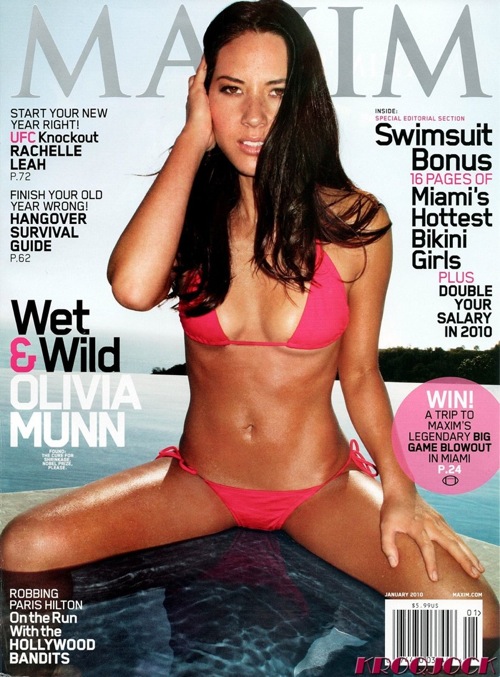 Olivia Munn is the ultimate nerd goddess. The co-host of G4's Attack of the Show! covers the January 2010 issue of Maxim Magazine.

Born in Oklahoma, Munn is of Chinese and German-Irish descent. She was predominantly raised in the Shinjuku district of Tokyo, Japan, where the military assigned her stepfather. During this time, she had appeared in a number of local theater productions, and later became a model within the Japanese fashion industry. She also attended the University of Oklahoma, majoring in journalism and minoring in Japanese and dramatic arts.

“I just broke up with my boyfriend, so I'm officially single,” says Munn. “But one thing I find unbelievably annoying is all these guys in my life who want to save me. They're like, ‘Do you feel alone?' Everyone's turned into Oprah!”
Maxim Magazine website