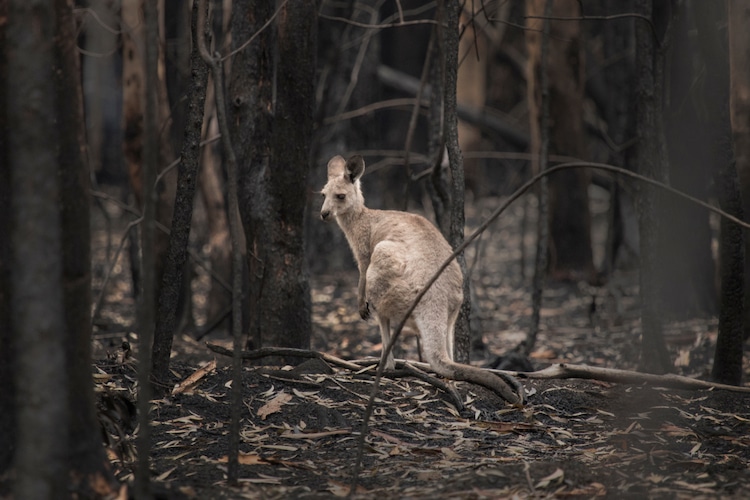 After over 240 days of intense fires, Australia's New South Wales is officially free from bushfires. It's a bright spot of news, as both humans and wildlife suffered devastating losses as a result of the flames. The situation was already eased in January thanks to heavy rains, but it wasn't until February 13 that the fire service declared all of the fires extinguished.

“For the first time since early July 2019, there is currently no active bush or grass fires in New South Wales,” the New South Wales Rural Fire Service tweeted. “That’s more than 240 days of fire activity for the state.” This triumphant statement comes after firefighters spent months battling fires, which affected every state in Australia.

While fire season occurs in Australia every summer, this past year has been particularly devastating. Over 3,000 homes were destroyed and billions of animals either perished in the flames or saw their habitats destroyed. This caused veterinary hospitals to be overwhelmed with patients and the government to emergency drop thousands of pounds of food to animals left starving in the wild.

For the first time since early July 2019, there is currently no active bush or grass fires in #NSW. That’s more than 240 days of fire activity for the state. #nswfires #nswrfs pic.twitter.com/NpjF3lAHKa

Even when relief came in the form of torrential rain, other issues like high winds and flooding caused further damage. Still, communities pulled together to raise funds and heroic citizens and pets helped rescue vulnerable animals. Now that the bushfires are officially over, the country can begin the rebuilding process. Homeowners are faced with tough decisions about how, and where, to rebuild with the government debating whether or not some high-risk communities should be zoned as off-limits to new construction.

The government has also issued a new response plan in regards to the bushfires' effects on threatened species and ecological communities. They plan on quickly reassessing the conservation needs of affected areas and species in order to prioritize aid, as well as working with the general public and indigenous communities on future fire prevention and collaborative efforts to bring back biodiversity. Though the rebuilding process will take some time, here's hoping that Australia can take the lessons learned from these devastating bushfires and put them to good use in anticipation of future fire seasons.