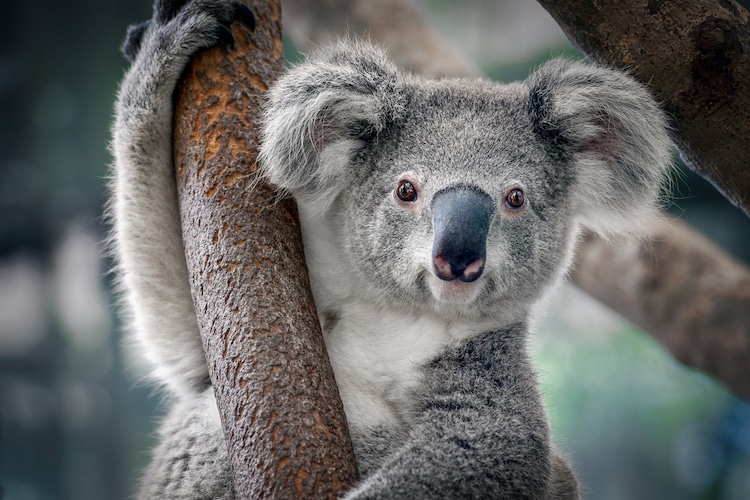 As bushfires rage across Australia, with no end in sight, the toll is devastating. In New South Wales alone 2.5 million acres have burned and people are being asked to leave their homes as a Code Red has been declared—which means the fire authority has no control over the blazes. While the impact on humans is disastrous, for koalas—the national symbol of Australia—it's catastrophic. Already a vulnerable species, the bushfires have now wiped out 80% of their natural habitat.

The Australian Koala Foundation estimates that over 1,000 koalas have already been killed in the fires. As these animals tend to climb up to treetops during the fire, they find themselves trapped without means of escape. Recently, one woman's efforts to save a badly burned koala from the blazing fires went viral, sparking an uptake in donations to the Port Macquarie Koala Hospital's Go Fund Me. And while the public support is generous, there is still bad news for koalas.

With a low population in the wild—estimated at less than 80,000 back in May—the habitat destruction has caused many researchers to say that koalas are now functionally extinct. What does this mean? At this stage, their numbers have dropped so low that they can no longer contribute significantly to their ecosystem. While reproduction can still happen, in functionally extinct species the number of pairs left in the population is simply too small for the species to make a significant comeback. It's an issue that has been on the horizon for years, with deforestation already a major problem.

As eucalyptus trees—koalas' main food source—are cut down, the animals suffer from starvation. An increase in droughts also means that the leaves of the eucalyptus trees that aren't cut down are too dry to provide essential hydration for the animals. Unfortunately, the fires may have simply accelerated the problem. And even after the fires subside, it will take months for eucalyptus trees to grow back, making the remaining koalas even more vulnerable to starvation.

This woman saved a koala badly burnt in our Australia's recent bush fires by taking the shirt off her back and wrapping the precious animal in it. 🍂🐨🍂

“It has certainly set the general recovery objectives of conservation back a long time, probably 10 to 20 years in some instances depending on the scale of the impact,” wildlife ecologist Dr. Stephen Phillips said of the fires and their impact on koalas.

Some researchers have disputed the claim that koalas are functionally extinct, noting that it's very difficult to get an accurate estimate of population numbers. But one thing is for certain—their numbers are in steep decline. In light of the news, calls have been made for the government to enact the Koala Protection Act. First drafted in 2016 but never placed into action, it is based on the U.S. Bald Eagle Protection Act and would help secure koala habitats and eucalyptus trees.

For now, the koalas that do survive will have an uphill battle, as the remaining habitat will become overcrowded and highly competitive. Veterinarians are hoping for a swift end to the fires and an uptick in rain—as droughts have already been causing issues prior to the fires—in order to help support koalas released back into the wild.

If you want to help, in addition to the Port Macquarie Hospital, the Currumbin Wildlife Hospital has also set up a Go Fund Me. They also have a wish list of items essential to the hospital and are holding a silent auction to raise funds.

As bushfires blaze across Australia, animal hospitals are being overwhelmed with injured koalas.