Interview: Composite Photos Reveal Everything That Happens in One Spot Within 2 Hours 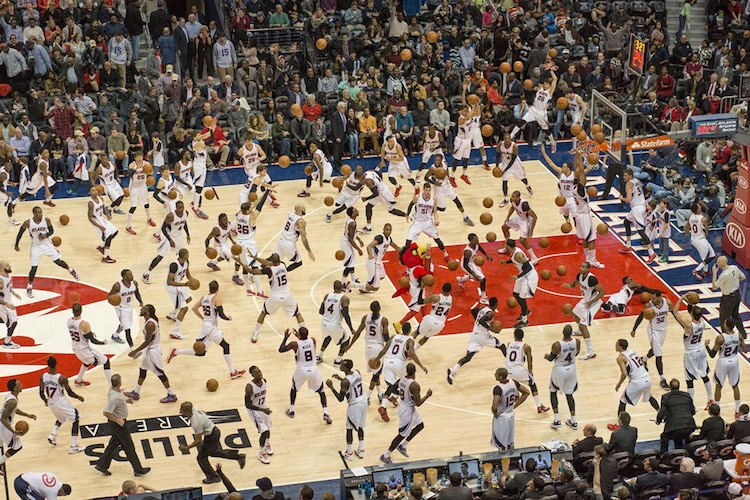 Through his ongoing series titled Selected People, photographer Pelle Cass creates a visual symphony by photographing one location over several hours. By selectively omitting figures, and keeping others, the resulting composite photos are examples of ordered chaos.

When we think of composite photography, we often think of the photographer manipulating the image. But here, Cass makes a distinction that “nothing has been changed, only selected.” And it's in this selection that Cass acts as a conductor, using the people in the photographs as instruments to build a final overture.

It's a complex process, one that can take several days to complete. For instance, in 2015 Cass photographed an NBA basketball game. After 75 minutes of shooting, 646 images were used to make the final photo composite. The file, which took 56 hours over 3 days to create, had 123 levels and 11 basketball players visible.

We had the chance to ask Cass a few questions about Selected People and what keeps him coming back to the composite photo project after 9 years. 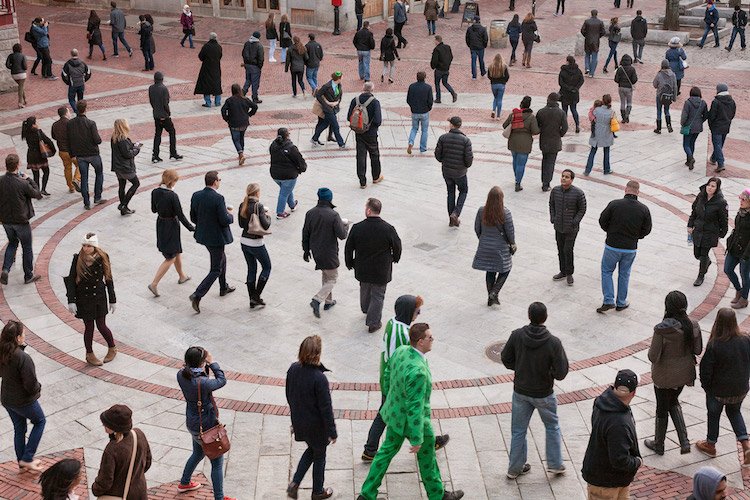 What inspired you to start Selected People?

Ghosts. And thinking about time. In other words, sometimes I’d look out at the street in front of my house, and think about all the things that happened there and all the people who walked by over days, years, decades, and on and on. I realized I could use a camera to capture some of that spooky feeling. There’s a saying in physics: the purpose of time is to keep everything from happening at once. Everything happens at once in my work. 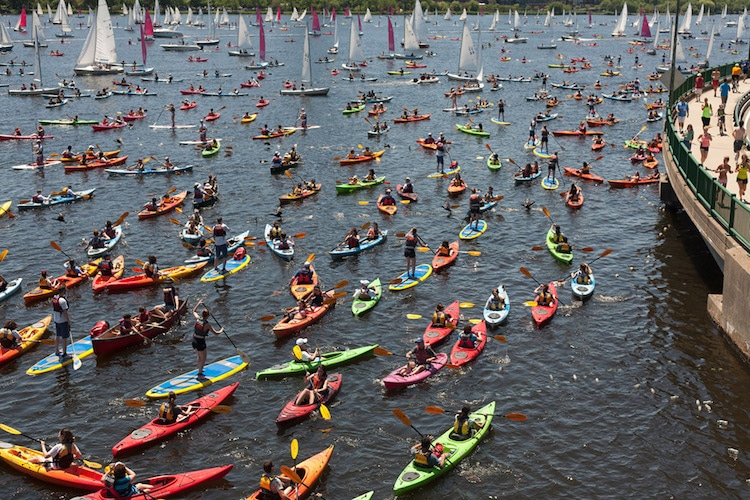 How many frames does it take (on average) to composite a finished image?

I usually stand out on the street or in a park with my camera on a tripod for somewhere between half an hour and two hours. My patience ends about there. I make anywhere from a hundred to five- or maybe six-hundred exposures. I often have one- to two-hundred layers in Photoshop. 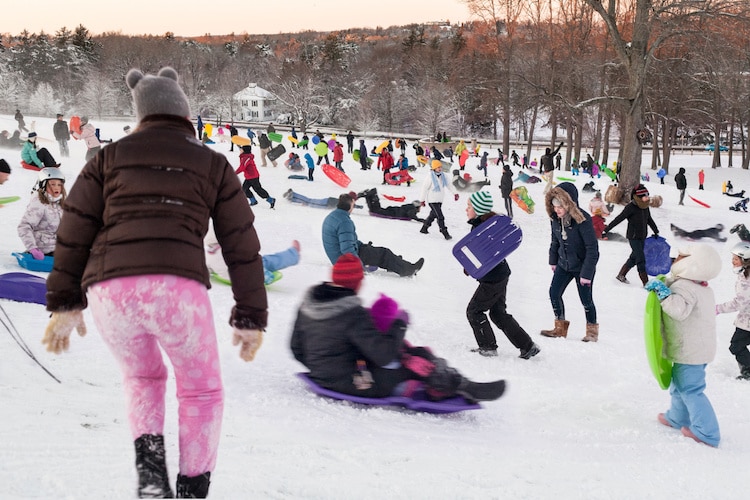 A lot of your work seemed themed around the idea of chance and randomness. What attracts you to these themes?

I guess it’s my personality. I can be extremely orderly, but then lose patience with it. I used to make my kids laugh by carefully making a perfect little sand castle, and then smashing it. I wasn’t cruel, though: it was always my own castle.

I have a bit of a scientific mind, but would have been a terrible scientist. I like rigor, but I lose patience pretty quickly. I guess I’m half thoughtful engineer, half total f*ck-up. It may be natural to turn experience into patterns, but it’s also hard not to notice that most things—from politics to relations with a spouse— contain strong elements of chaos. So I guess in some way, I want my work to be true to life, true to both sides: the neat and the messy. Picasso was good at combining the schism, so count me in. 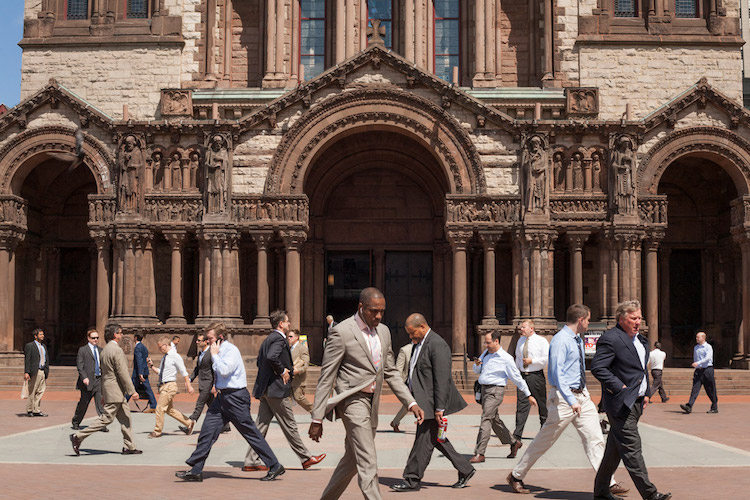 The truly worthy parts. I hope they forget the stupid, shallow parts. I joke, but that’s a tricky question! I’ve talked about some of it—the spookiness of time, the disorder of life—but I’m not sure people really need me to remind them of the basics of existence. I think the novelty and the click-baity-ness of my work is obvious, so I hope people also see something more in it. 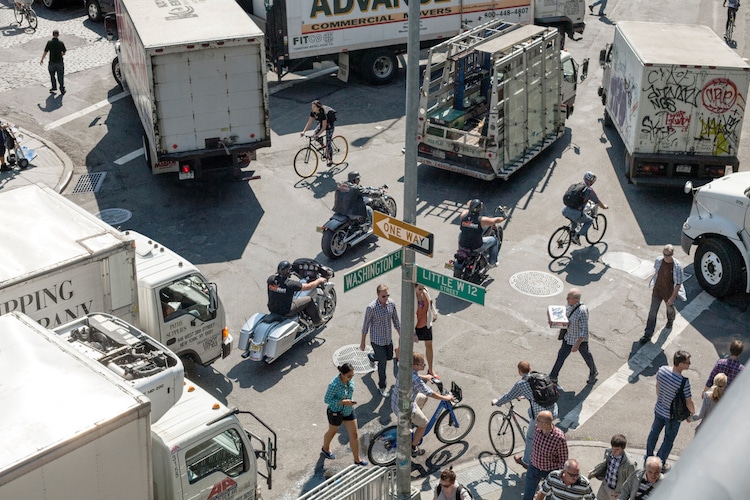 You've been doing Selected People since 2008. Do you imagine the series having an endpoint?

It’s been a long time! I worked on it full time for the first two or three years. But I’ve done many projects since that I have spent the bulk of my time on, but I try to do a five or ten new photos in the series every year. I don’t see any reason to stop! I don’t do them at all in the cold weather since I have to just stand there on some street corner outdoors for so long. So every spring I do some new photos, and I get excited about Selected People all over again. 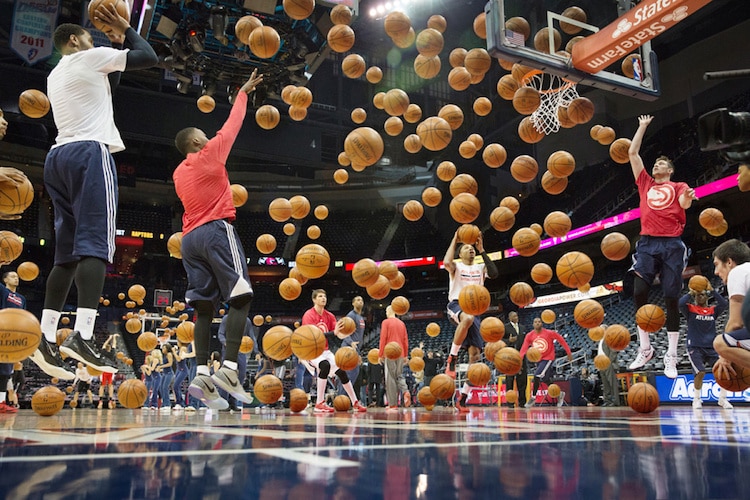 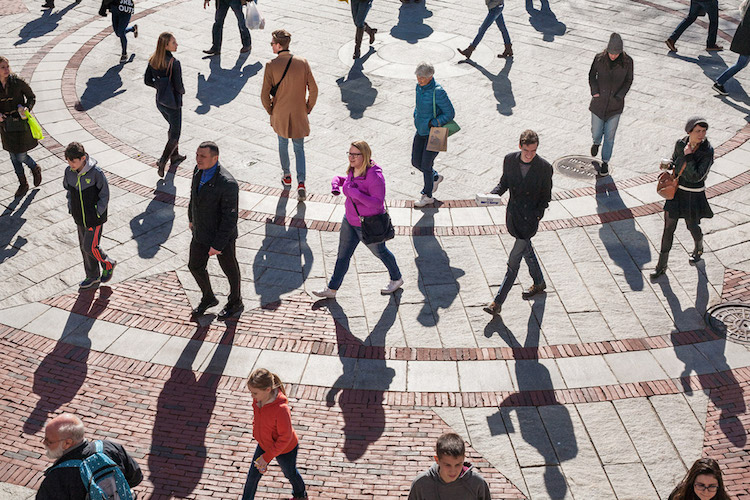 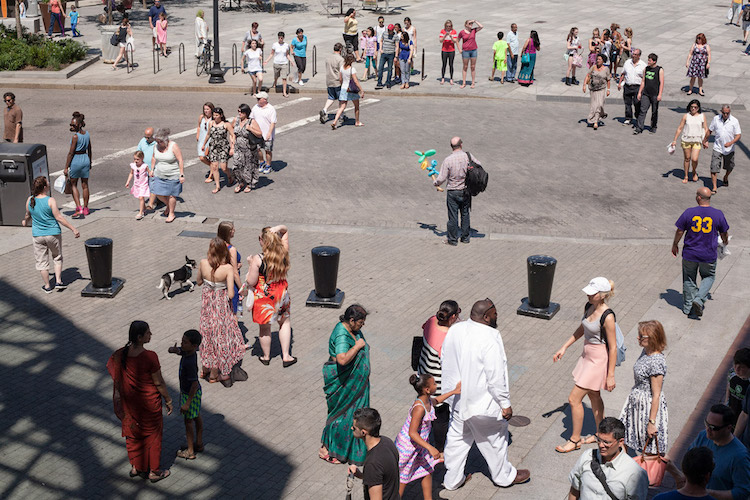 My Modern Met granted permission to use images by Pelle Cass.

Warped Photos Give New Inception-Like Perspective of the U.S.

Digital Composites Capture Bustling Energy Along the Streets of Singapore