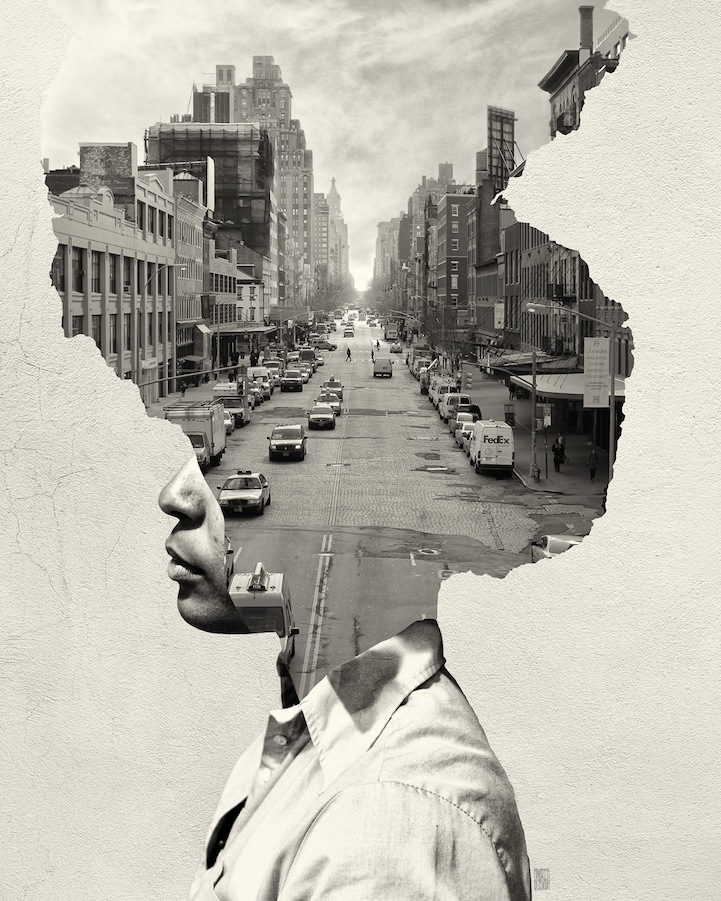 Andrea Costantini's photo manipulations depict daydream thought bubbles by blending head shots with images of architecture and cityscapes. The Washington D.C.-based illustrator captures human subjects displaying thoughtful expressions as photos of picturesque streets and buildings hover over or extend out of their heads. The series, titled Where Is My Mind, seems to capture the essence of daydreaming about faraway places with promising potential, or dwelling on the deluge of daily responsibilities in a bustling metropolis.

As far as artistic inspiration for the series, Costantini says he's interested in the “atmosphere that certain environments can create, and also the emotions it can provoke.” He is also passionate about creating moods and a sense of place using light, shadow and texture. “It can make ordinary and dull places look like something from out of this world,” he says. 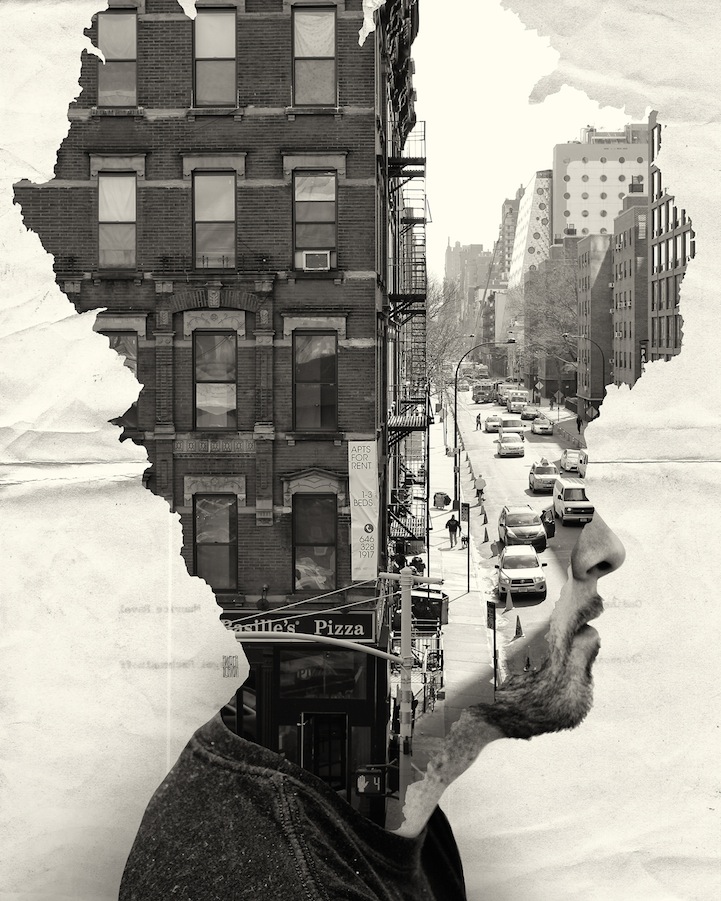 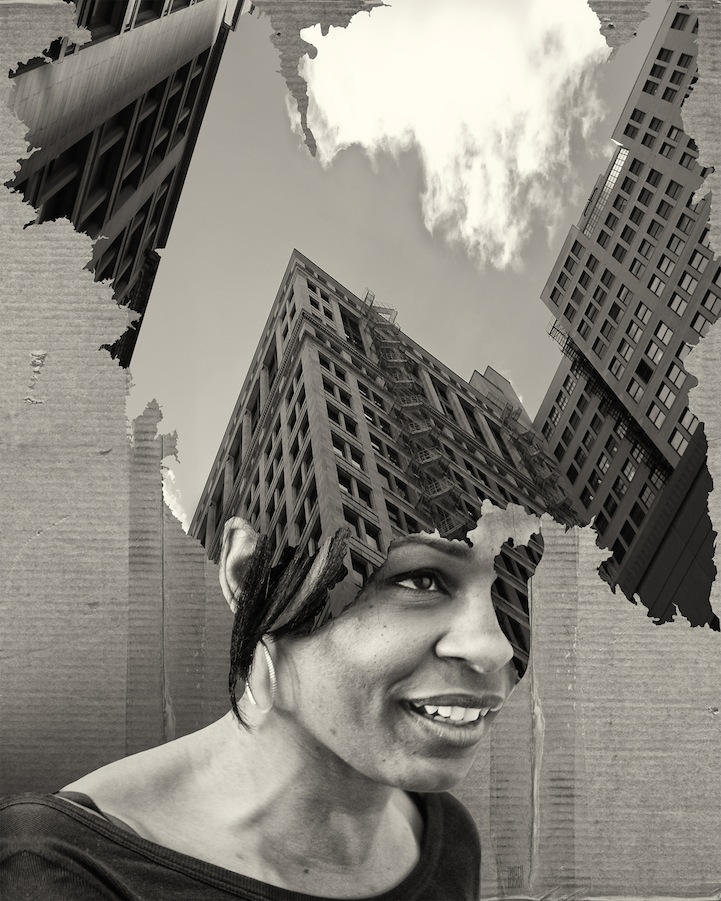 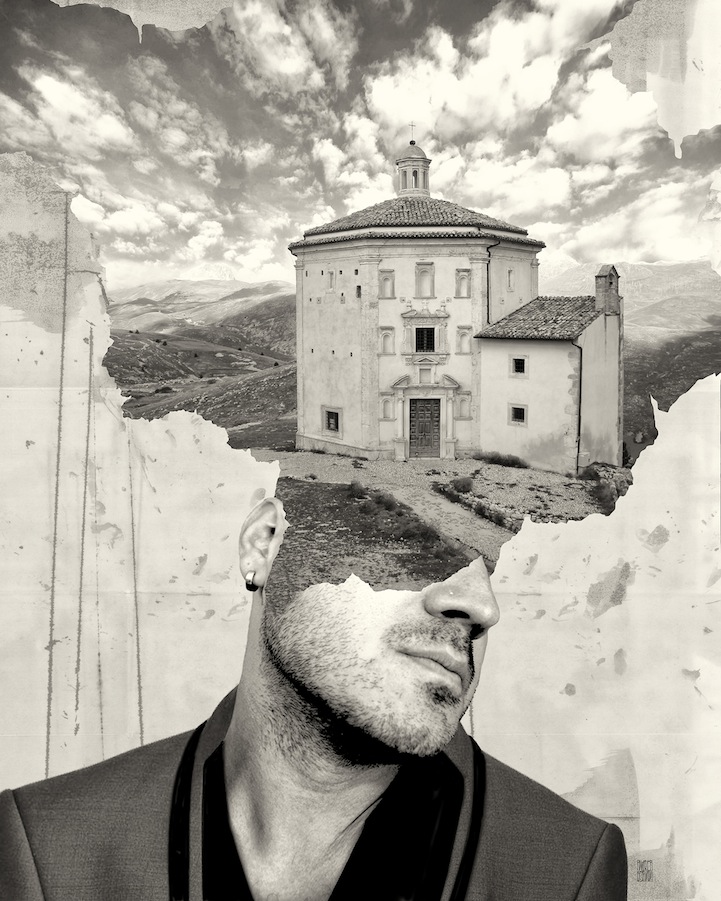 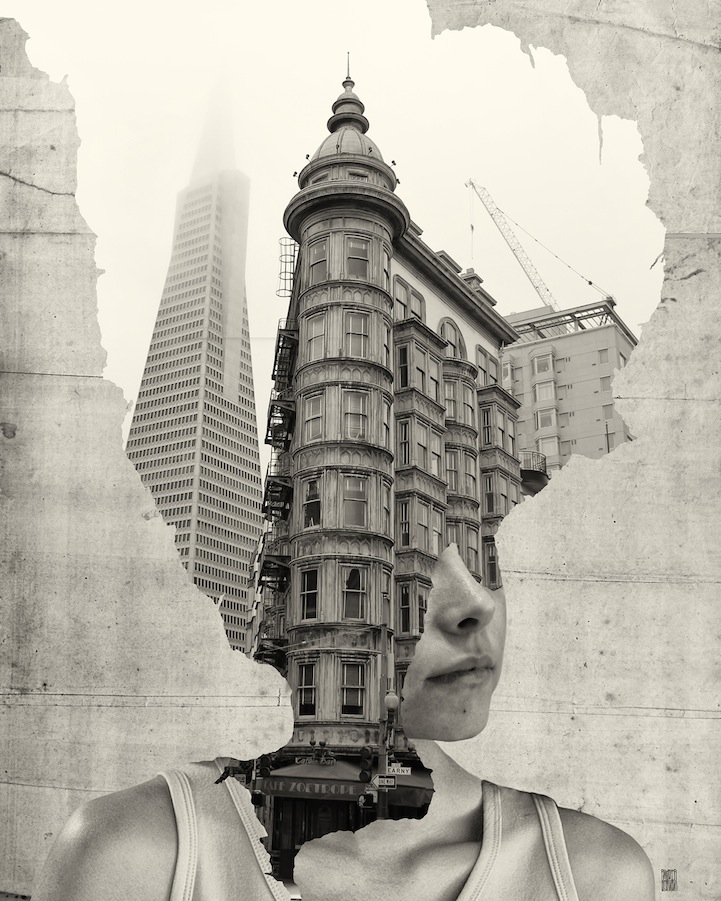 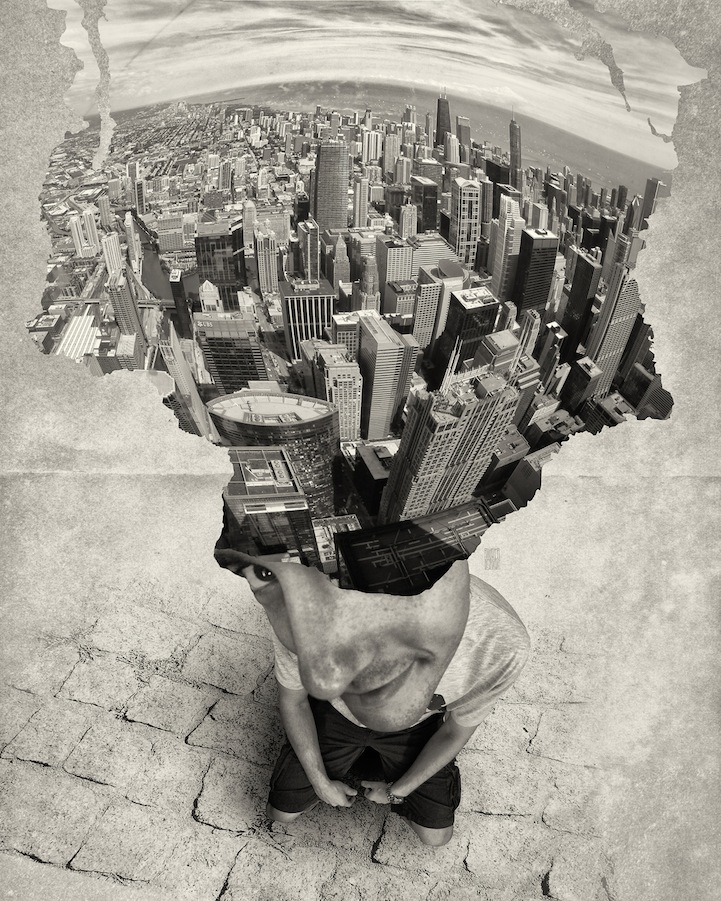 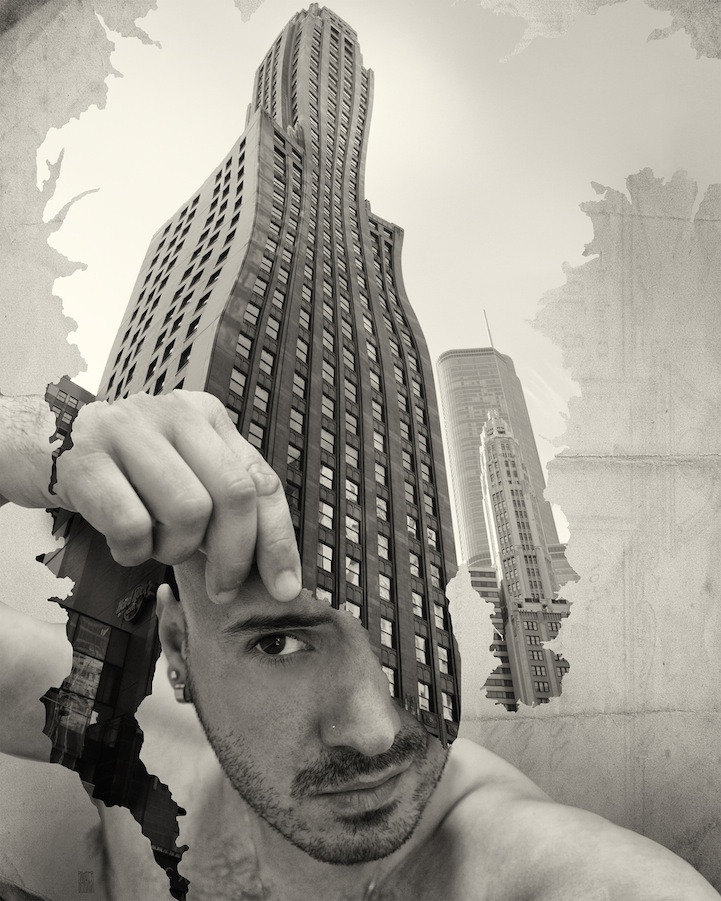 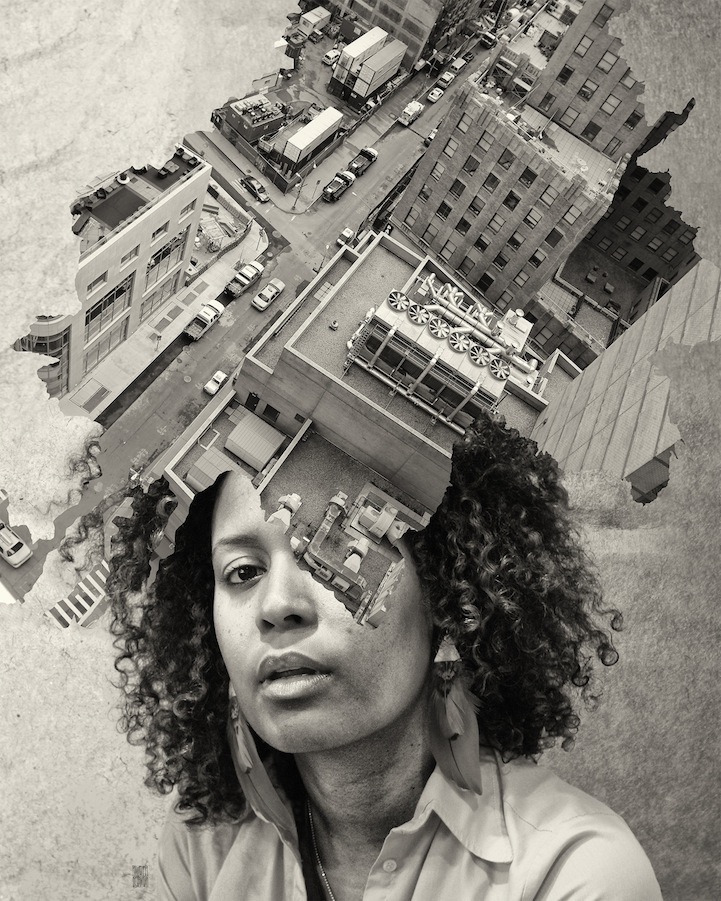