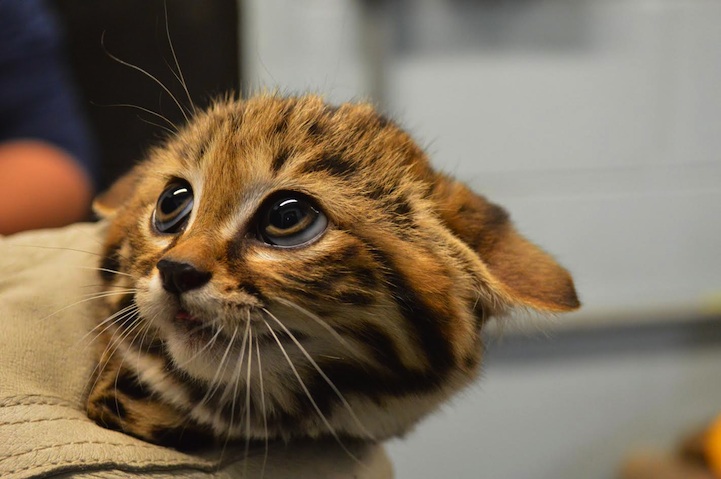 On April 8, 2014, Philadelphia Zoo welcomed three new little ones to their home as a Black-footed Cat named Aza gave birth to an adorable litter of kittens. The first ever Black-footed Cats ever born at the zoo, the kittens, named Drogon, Rhaegal and Viserion, are tiny little creatures endemic to southern Africa. (Love the Game of Thrones inspired names!) One of the smallest wild cat species in the world, a fully grown adult male weighs on average 4.2 pounds while a female weighs around 2.9 pounds. The pads and underparts of their feet are black, hence giving them their name.

The Philadelphia Zoo shared these heart-melting, behind-the-scenes photos that show the kittens receiving their check-ups. Routine procedures include vaccinations, weighing and getting dye marked (or remarked) so the keepers can tell them apart from a distance. Drogon, seen in the first photo (above), is the epitome of cuteness with his huge eyes and sweet stare. At eight weeks old, he weighed just 27 ounces, or 1.7 pounds. 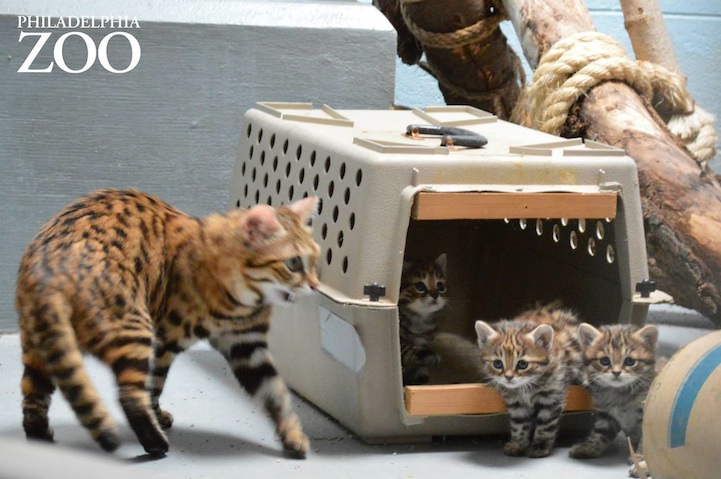 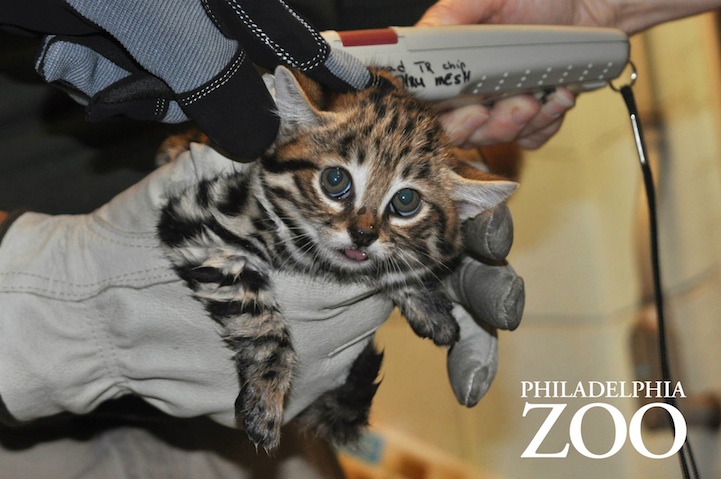 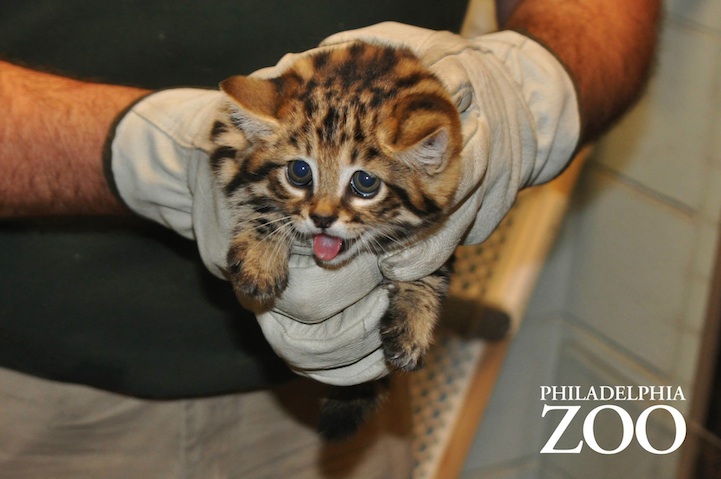 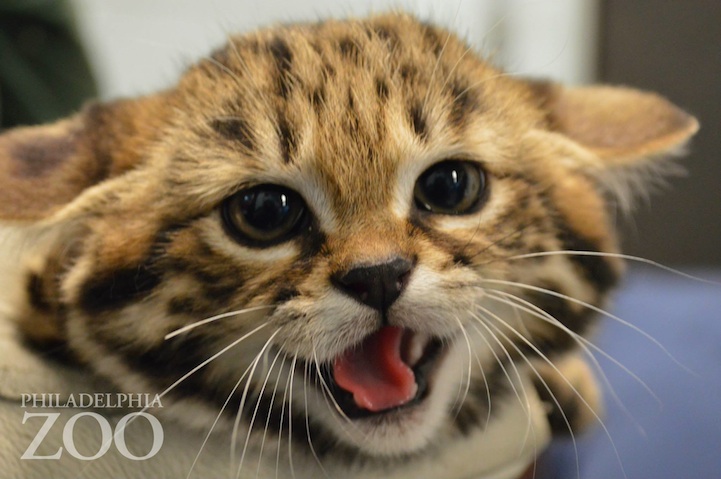 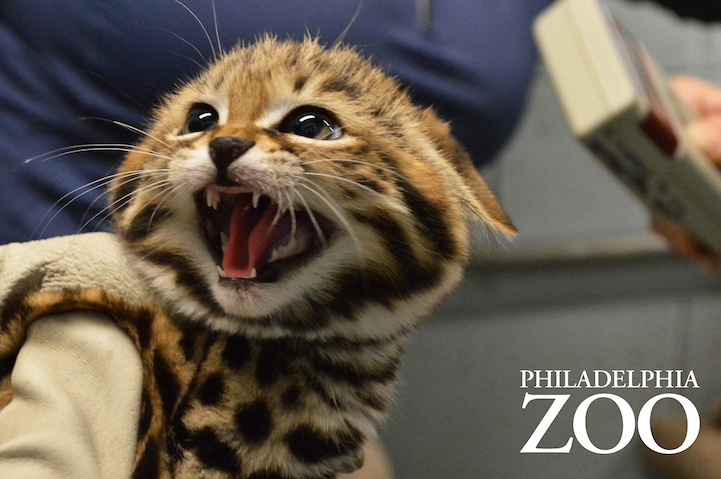 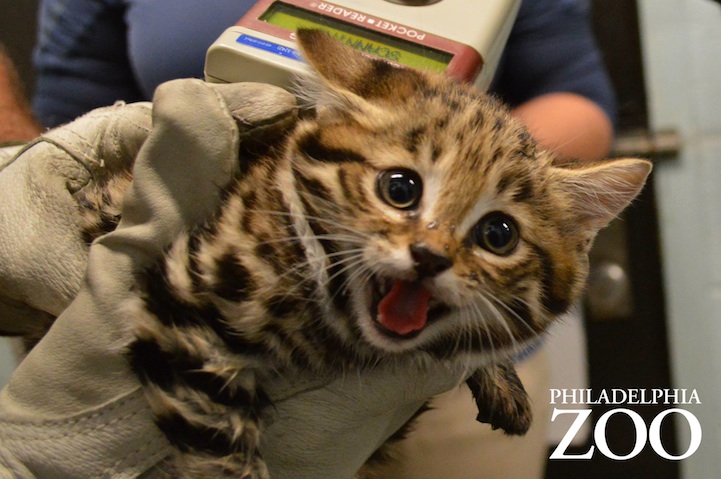 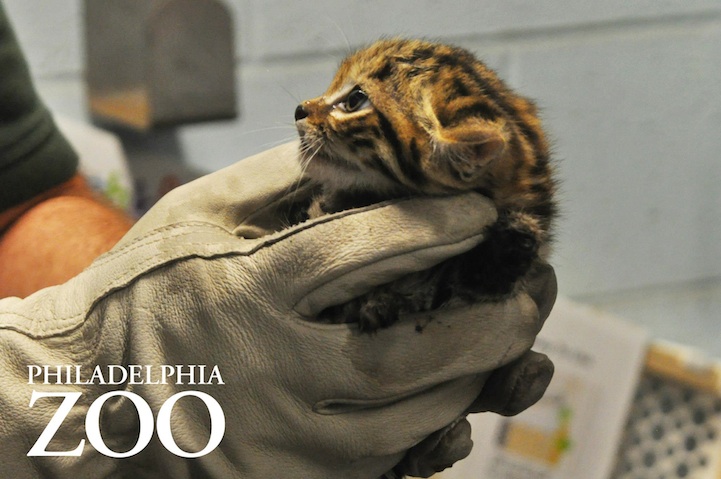 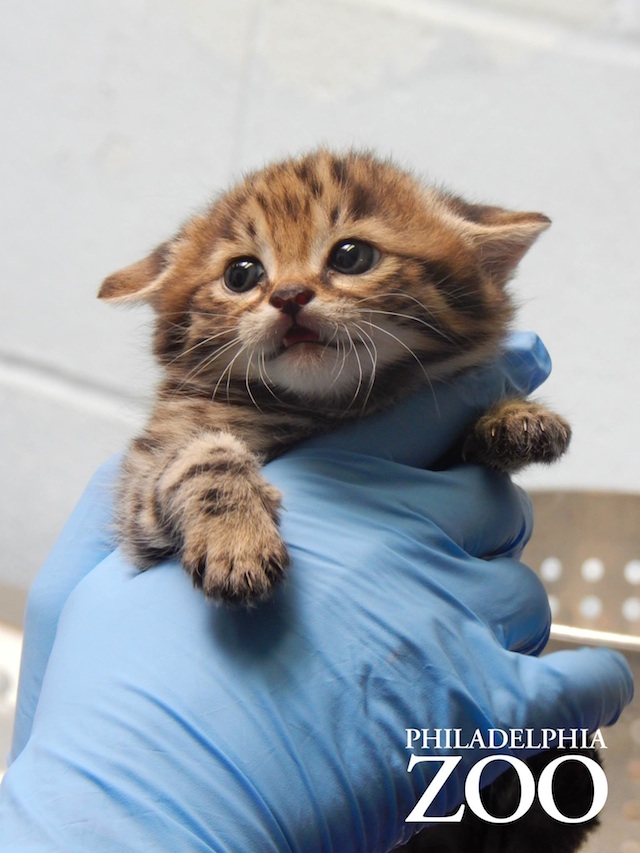 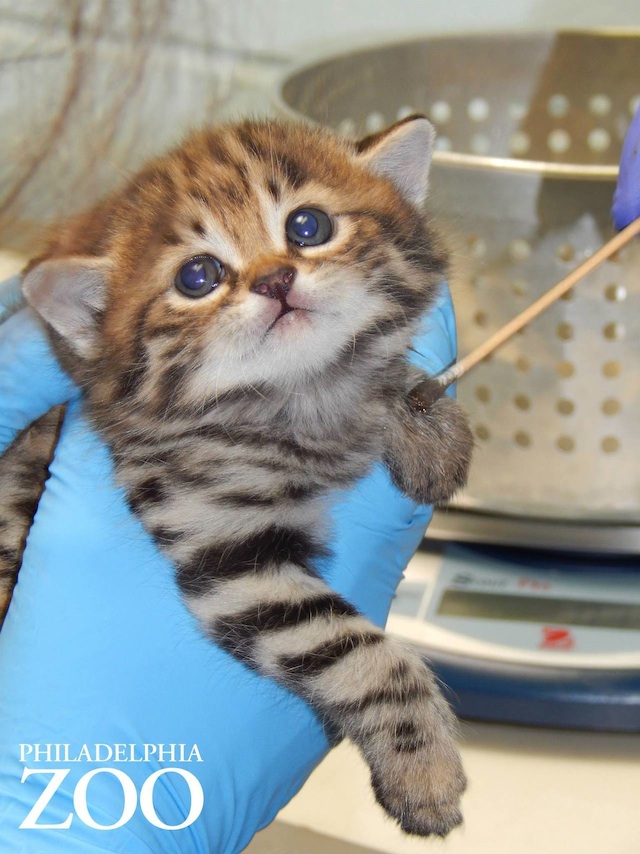 Update: Thank you for the extra photos, Philadelphia Zoo! 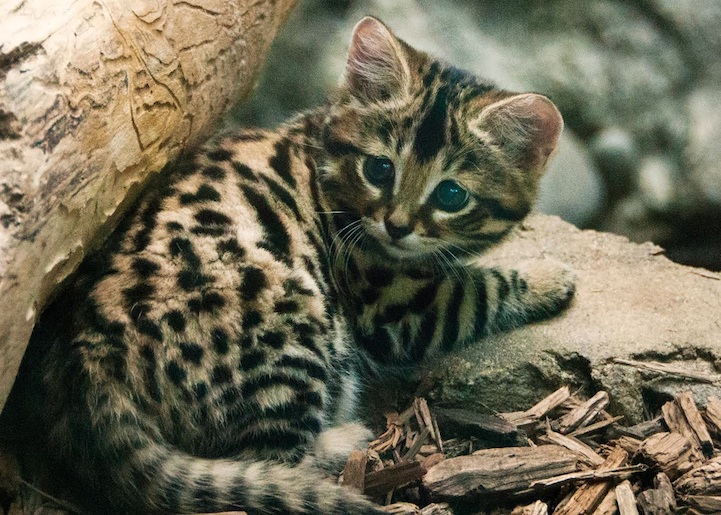 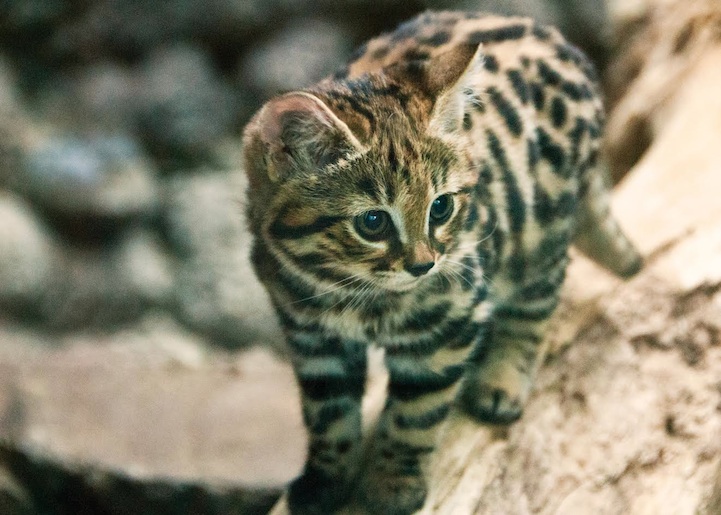 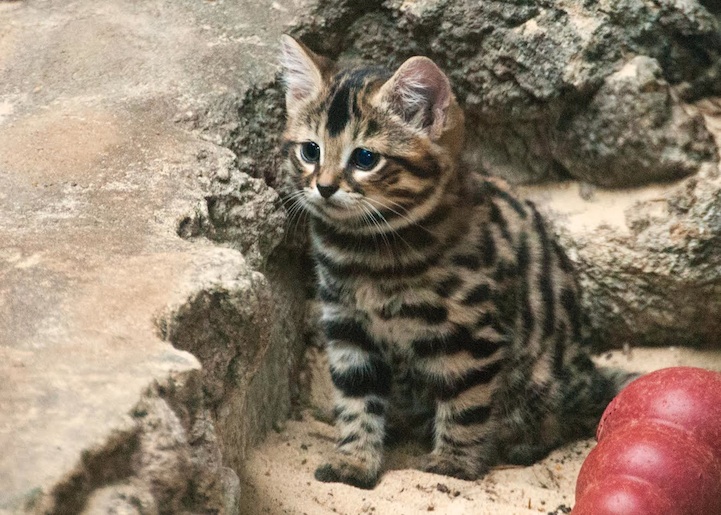