Photo Collages of the World’s Most Magnificent Trees

By Eugene Kim on April 24, 2011
Redbud, Maggie Valley, North Carolina – 369 feet high, twice the size of the Statue of Liberty.

James Balog went on a six year quest to photograph North America's largest, oldest, and strongest trees. What he found were sculpturally elegant trees that have survived by sheer hardiness or luck. For Balog, these images were the closest he could come to reassembling the continent's long-gone primeval forests. “Across the globe, the planet's original tree cover has been so significantly altered or annihilated that we no longer remember what the world used to look like,” he says.”

Borrowing from the cubist sensibility of Picasso and Braque and building upon the mosaic-assemblage technique pioneered by photographer David Hockney, his most recent photographs are produced using a digital multi-exposure method. Balog captures a tree in thousands of tiny frames as he rappels down an adjacent tree. He then reconstructs the tree using up to eight hundred individual shots to create these amazing photo collages, revealing the entire tree to the human eye for the first time.

“Stagg,” Sequoia in Alder Creek Grove. it is the fifth largest tree in the world. 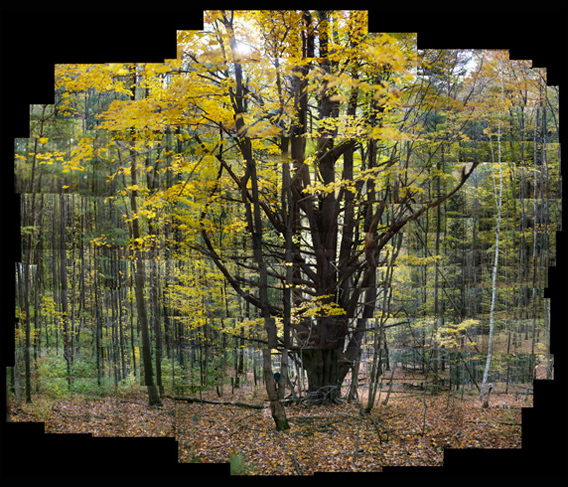 “Tanglewood” Eastern White Pine, Lenox, Massachusetts – This tree is believed to have germinated around 1820 when Massachusetts was at its point of maximum deforestation. 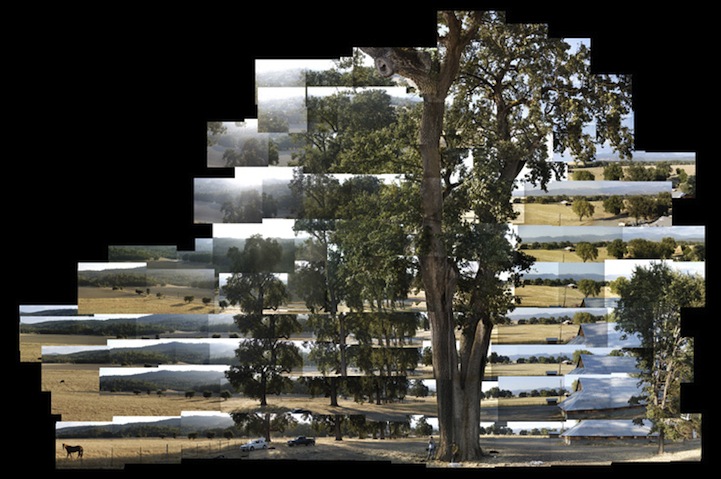 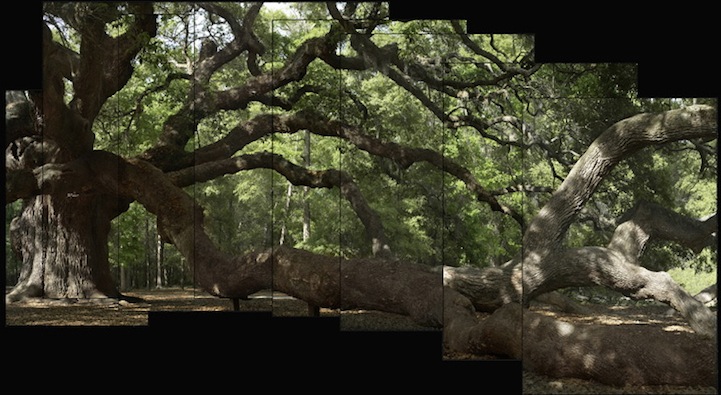 “Angel Oak,” Johns Island, South Carolina – One of the largest individuals of its species in U.S., 1000+ years old. 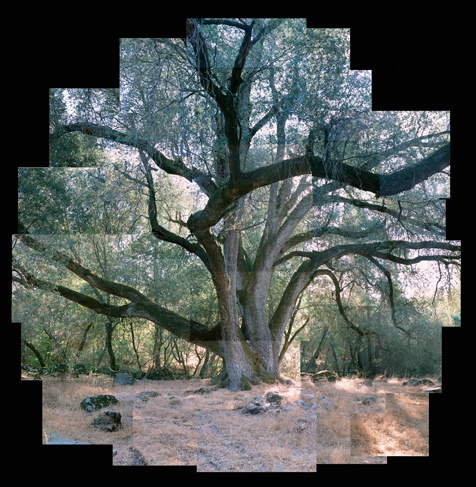 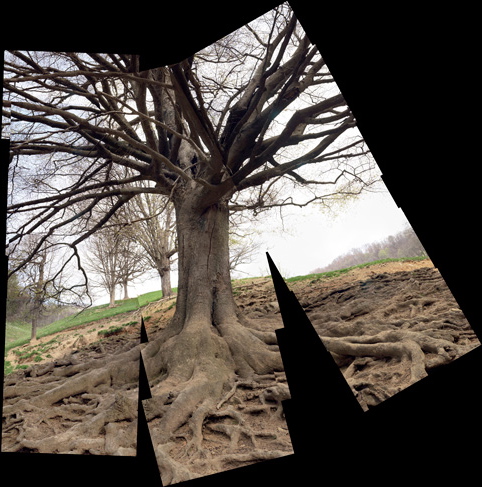