8 Photographers Who Are Creatively Reimagining the Portrait 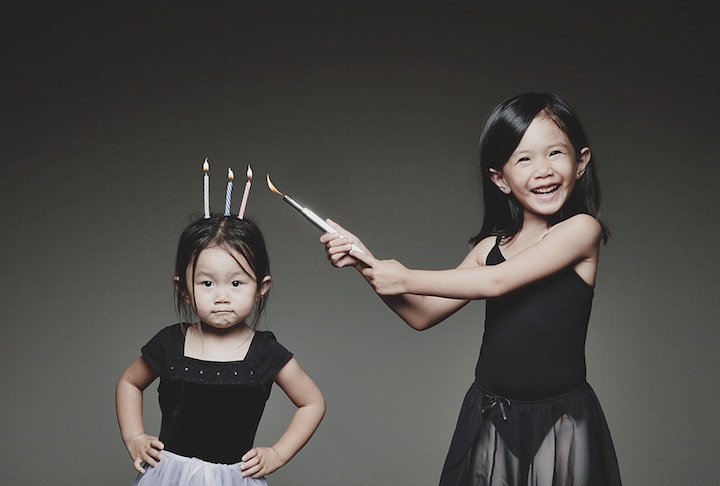 This post is sponsored by Lookmatic. Grow your eyewear collection, change up your look and see things more clearly for less than $100 at www.LOOKMATIC.com.

On the Internet, you don't have to search for very long to find a group of talented photographers who have taken the art of portraiture to new and exciting levels. Now more than ever, photographers are creatively building upon each other's work, pushing boundaries like never before. Today, we take a look at eight of them. Whether they're turning the camera on themselves to create striking self portraits or looking at animals from a refreshing perspective, these eight are all reimagining what it means to shoot a portrait. 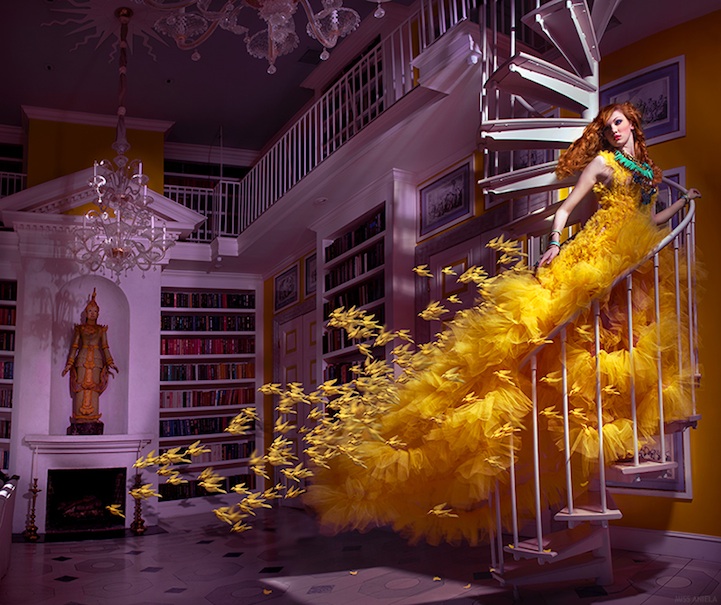 In this day and age, there's no photographer who creates such surreal fashion photos as Miss Aniela. The UK-based photographer is known for her strong portraits that are inspired by her own experiences, as well as dreams, literature and paintings from different genres. In this photo, called Away with the Canaries, Miss Aniela found inspiration in an Old Masters painting by Jean-Baptiste Greuze called A Girl with a Canary and Open Cage. Beautiful yellow birds are seen flying away from a woman's dress, finally set free. 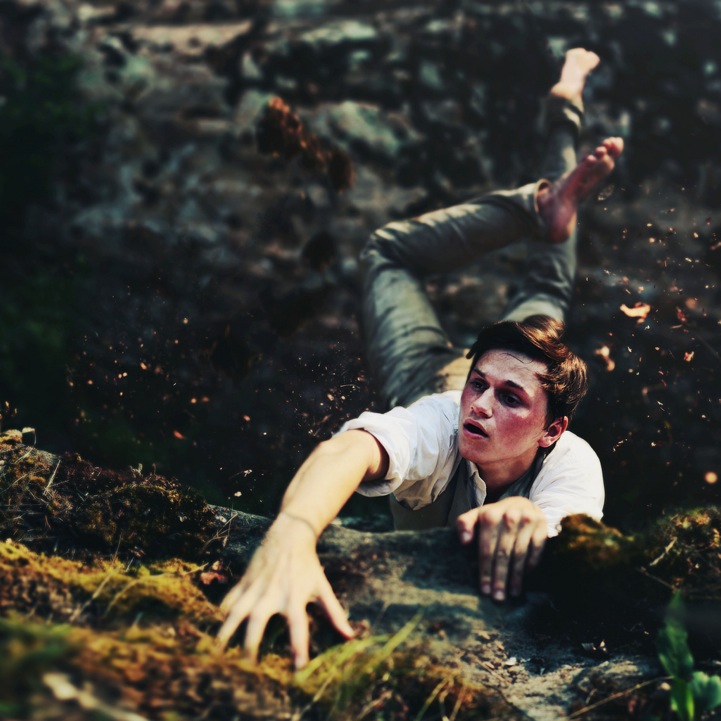 19-year-old Alex Stoddard continues to lead a pack of the young photographers who are changing the way we see self-portraiture. Over the past few years, Stoddard has managed to grow both as a photographer and an artist, bringing fresh ideas to life with a near effortlessness. In this dramatic photo, Stoddard hangs preciously off a cliff, the drama only enhanced by his serious expression. As he states about this shot, “I almost had a heat stroke while taking this, as is evidenced by the color of my face.” 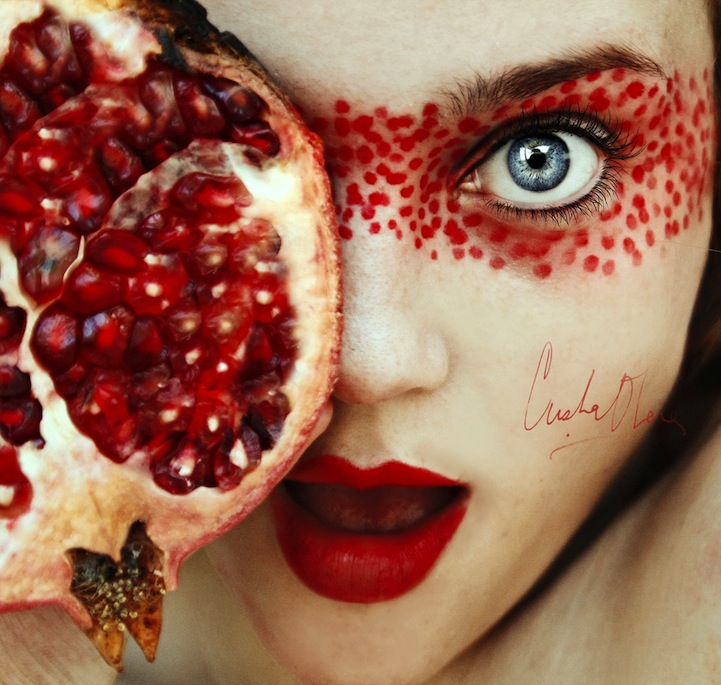 Cristina Otero is a young Spanish photographer who incorporates brightly colored fruit in her wildly creative self-portraits. Tutti Frutti shows the young ingenue holding up all kinds of fresh fruits including pomegranate, watermelon, lemon and grapes. Most dazzling is how she carefully applies make-up to match the colors of each fruit. Her face acts like a canvas as her sparkling personality shines through. 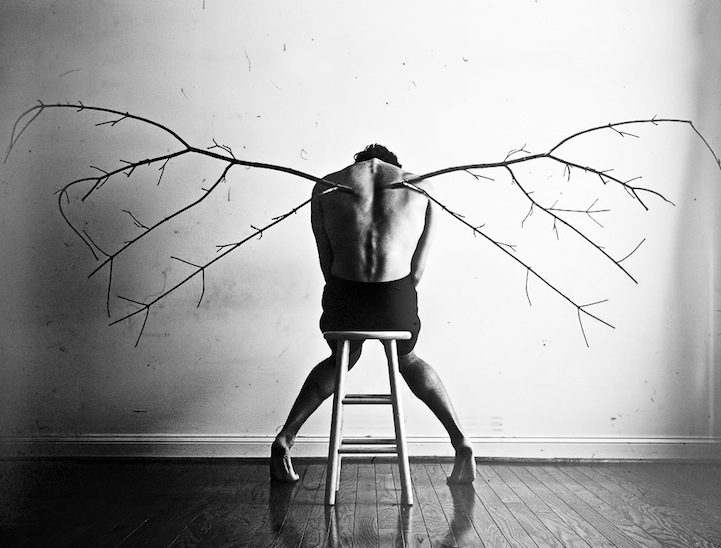 20-year-old Christian Hopkins picked up photography as a way to cope with depression. His stunning photos all have a surreal quality about them, like we're peering into both his dreams and his nightmares. In this particular photo, Hopkins sits hunched over with his back turned against the camera. Large tree branches mysteriously protrude out of his back, like an angel who has lost all of his feathers out of his wings. 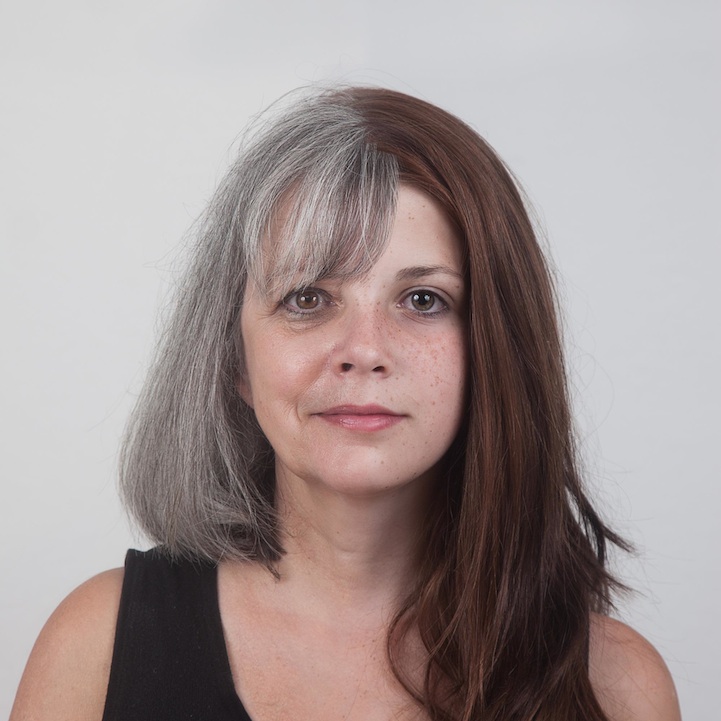 Quebec, Canada-based photographer Ulric Collette is behind a series of portraits that will make you do a double-take. Proving that family members look more similar to one another than we think, he's created Genetic Portraits where the opposite halves of faces from the same family are digitally melded together. This particular portrait consists of Collette's 12-year-old daughter and his 61-year-old mother. “My daughter grew to look a lot like my mom, and this portrait really show it,” he states. 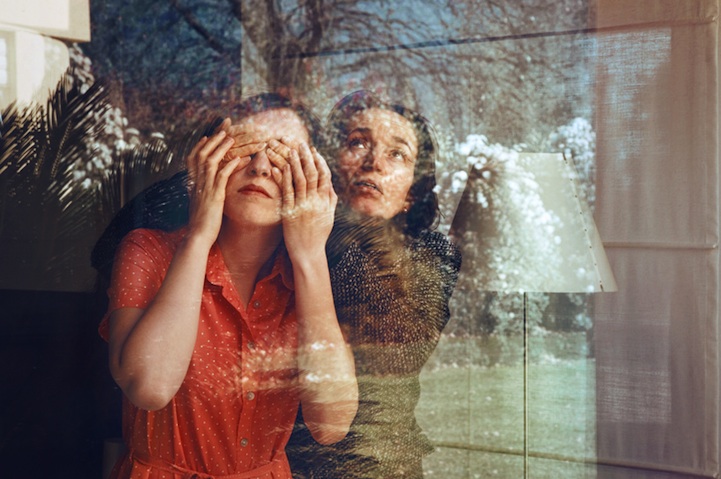 In Self-Portrait With My Family, photographer Anna Di Prospero takes intimate and powerful photos with each of her family members. In the one shown above, her mother has her hands over Anna's eyes, either shielding her from something menacing or surprising her with something delightful. Like all of her mysterious portraits, Anna leaves the final meaning up to the viewer.

After looking at Rob MacInnis‘ portraits, you may never look at farm animals the same way again. MacInnis started photographing barnyard animals because he was interested in seeing them, not as the ordinary animals we all know them as, but instead as glorious fashion models. As he states, “I wanted to draw parallels between literally consuming them, which we do everyday, and the way the photograph ‘consumes' its subject.” For five years, he featured farm animals in his photos, capturing them in unconventional ways. In this group shot, it seems as if all of the animals are looking directly into his medium-format Hasselblad camera, standing with confidence like dignified creatures. 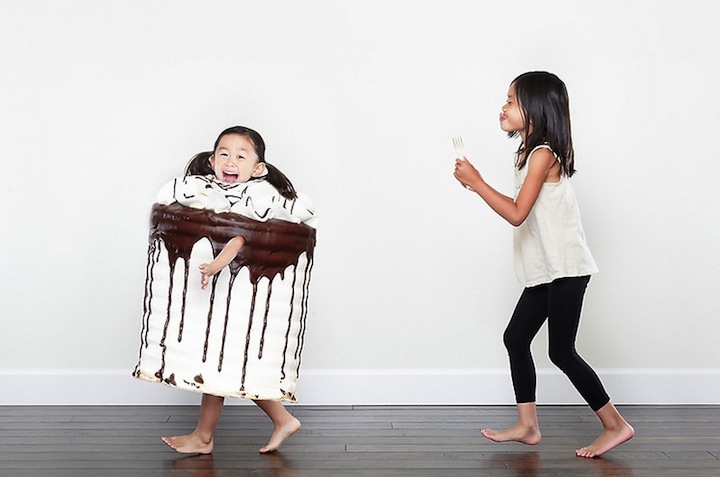 Using a little Photoshop and a lot of imagination, Jason Lee takes creative photos of his two daughters. Unlike typical kids photography, Lee isn't afraid to mix a healthy dose of magic into his photos. Some tips he's shared with us previously include “Try planning a shot out beforehand” and “Remove all distractions if at all possible.” What we love most about Lee's photos is how relevant he keeps them. Whether he's celebrating a major holiday or being inspired by a popular game like Angry Birds, Lee always knows how to make kids photography that much more fun.