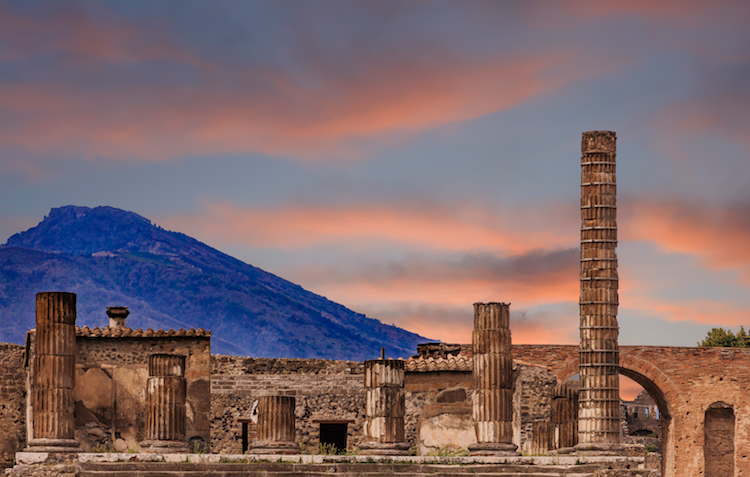 The ancient city of Pompeii is one of the most fascinating archaeological sites in the world. Located just outside of Naples in southern Italy, Pompeii is renowned for its well-preserved Roman ruins—and the disaster that ironically left them intact.

Following a cataclysmic volcanic eruption, the entire city was covered by a blanket of volcanic ash. Until the 18th century, the city remained buried by this dust, leaving it untouched—and unseen—for nearly 1,700 years. 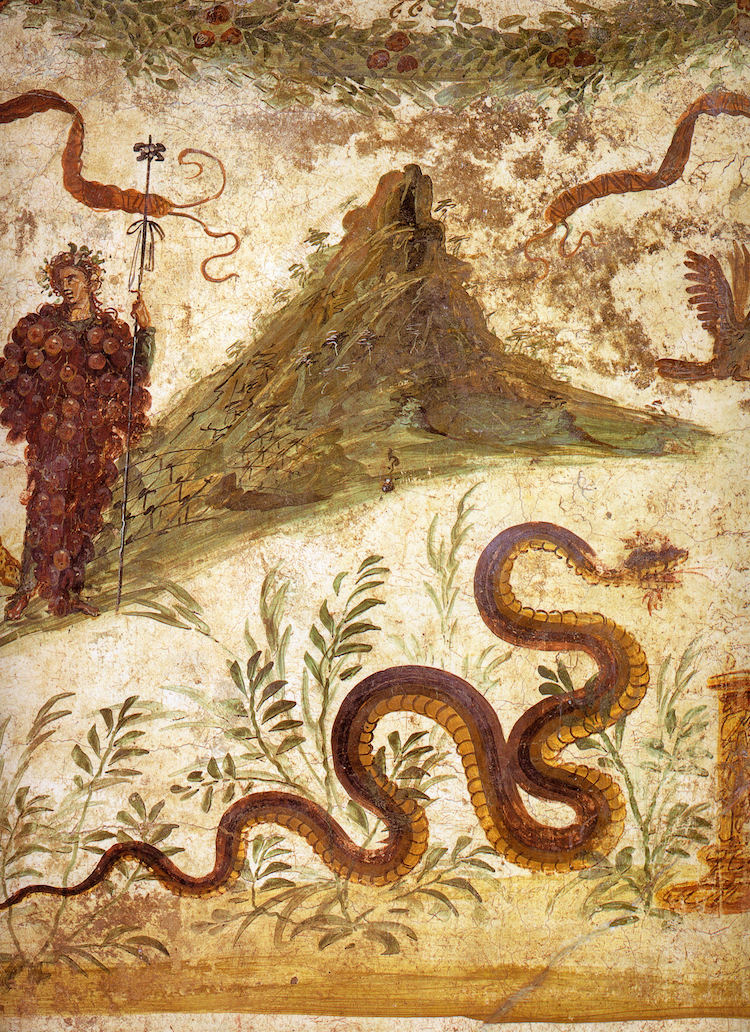 A wall painting from the House of the Centenary in Pompeii shows the earliest known depiction of Mount Vesuvius (Photo: Wikimedia Commons [Public Domain])

Prior to the eruption, Pompeii was a vibrant Roman center. Likely founded in the 7th or 6th century BC by the Osci people from central Italy, it had a colorful history during its short existence.

The city was controlled by a string of conquerors, including the Greeks, Etruscans, and the Samnites, before becoming a Roman colony in 80 BC. Under Roman rule, the town played an important role in trade and commerce due to its proximity to both the Mediterranean basin and strategic roads built by the Romans. Additionally, ash from Mount Vesuvius, a nearby volcano, made its land especially fertile.

During this time, the city flourished. In particular, Pompeiians made advancements in art—namely, frescoes—and architecture, with important construction projects ranging from an amphitheater to an aqueduct.

By the time disaster struck, the city boasted a forum, food markets, temples, restaurants, baths, and a population of 15,000. 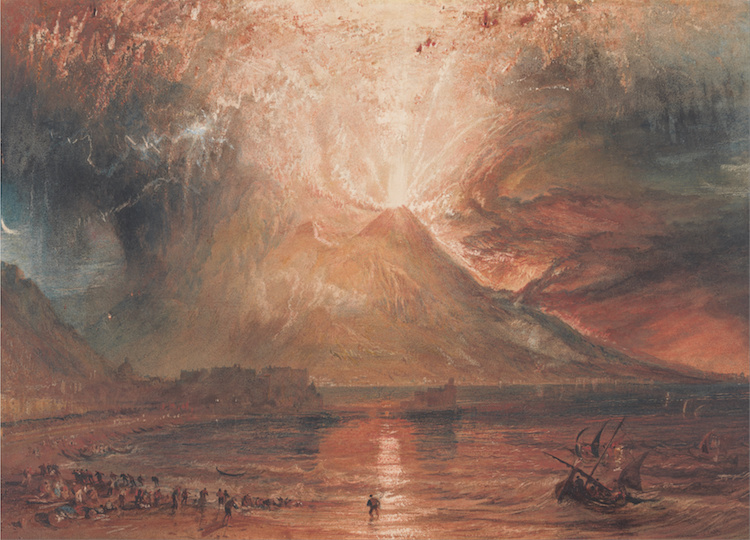 Before Mount Vesuvius erupted in late August, AD 79, Pompeii had experienced a chain of small earthquakes. As the city's inhabitants had grown accustomed to minor tremors caused by the volcano, many of them did not feel threatened by the seismic activity.

However, after a few days of quakes, the volcano violently erupted, resulting in fast-moving pyroclastic flows that covered the entire city in ash and lapilli, fragments of pumice stone. Pliny the Younger, a Roman writer, described the scene:

“Broad sheets of flame were lighting up many parts of Vesuvius; their light and brightness were the more vivid for the darkness of the night . . . it was daylight now elsewhere in the world, but there the darkness was darker and thicker than any night.”

The massive cloud of ash buried everything and everyone in its path, killing 2,000 people and bringing life in Pompeii to a permanent standstill. 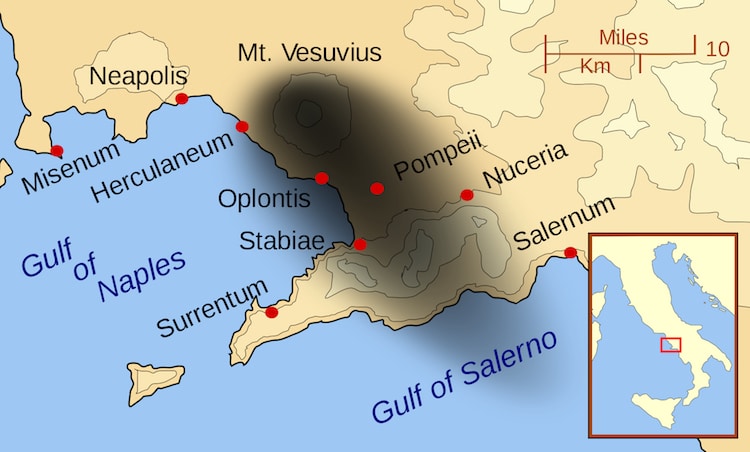 The black cloud represents the general distribution of ash and cinder to the affected cities near Mount Vesuvius (Photo: Wikimedia Commons)

In addition to Pompeii, the eruption of Mount Vesuvius covered other ancient Roman towns, including Herculaneum, Oplontis, and Stabiae. Herculaneum was Pompeii's smaller and wealthier sister city. It was spared from the first stage of the eruption due to a westerly wind, allowing precious time for the inhabitants to flee and minimizing the damage to the town's infrastructure. Additionally, unlike Pompeii, the ash that covered Herculaneum carbonized, thereby preserving the wood of roofs, beds, and doors, as well as keeping organic material like food.

For centuries, Pompeii was forgotten. While, in the 16th century, Pompeiian frescoes were discovered by an Italian architect, it was not until 1748 that the site was properly unearthed. 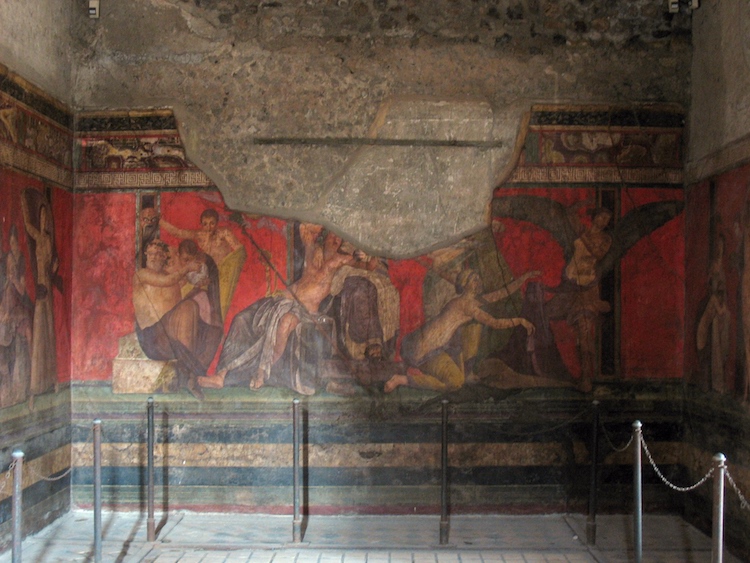 The Hall of the Mysteries in Pompeii (Photo: Lord Pheasant via Wikimedia Commons [Public Domain])

In addition to architecture and artifacts, archaeologist Giuseppe Fiorelli discovered human-shaped voids in the ash in 1863. Once molded around bodies, these cavities have since been filled with plaster and, more recently, resin, in order to create casts of the victims. In addition to human infants, children, and adults, these casts also include unlucky animals, such as wild boars and domesticated dogs. 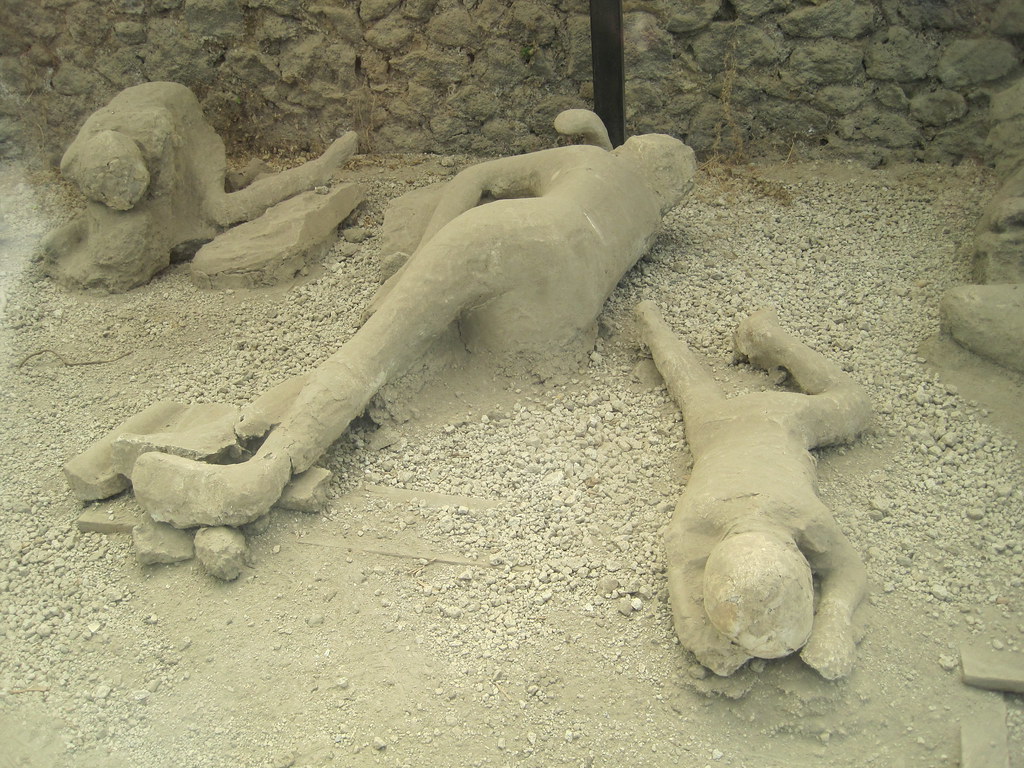 Today, archaeologists and scientists continue to unravel the mysteries of Pompeii. Recently, they have started taking CAT scans of the plaster and resin casts, getting a glimpse of the remains within them. “We are going to know a lot about the victims of Pompeii,” archaeological superintendent of Pompeii Massimo Osanna said. “Their age, sex, what they ate, what diseases they had, and their social class.”

Additionally, Pompeii is popular with the public. Every year, 2.5 million people visit the UNESCO world heritage site, where they can see the ancient city for themselves and stand in the shadow of the ever-looming Mount Vesuvius. 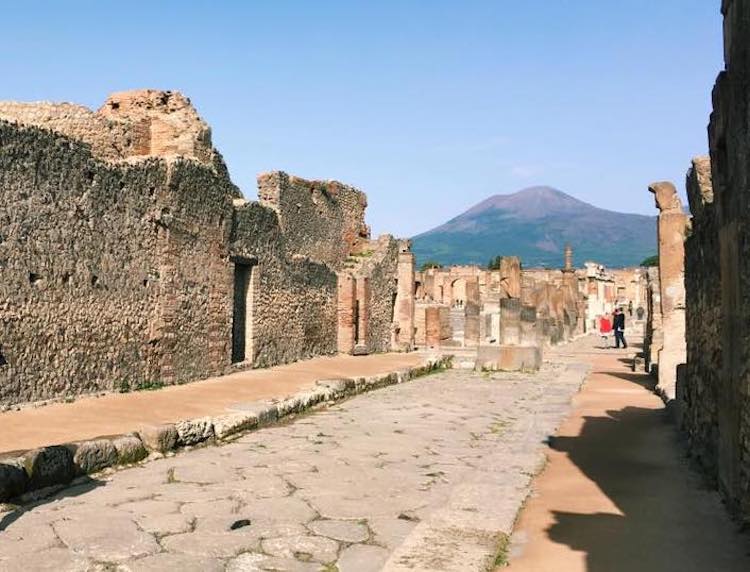