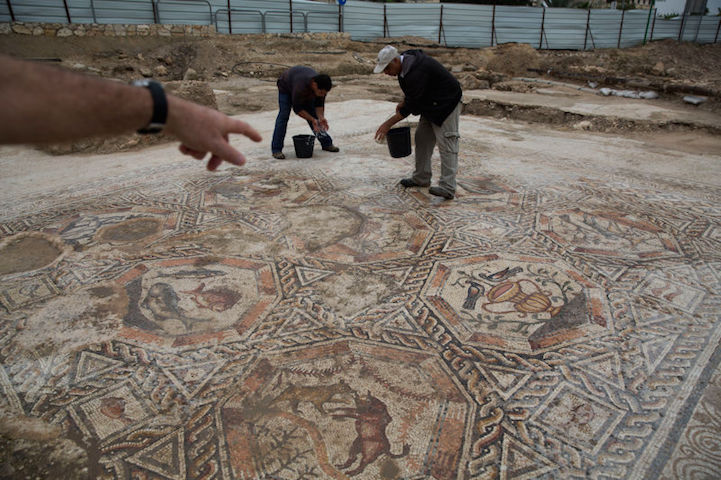 News of the discovery of a massive 1,700 year-old Roman mosaic was recently released to the public and press. The extensive and detailed mural is thought to have served as the living room floor in a villa of a luxurious and affluent neighbourhood during the Roman and Byzantine periods. Initially, a Northern section of the complex was uncovered in the 90's within ruins of the Israeli central city of Lod. Dubbed the Lod Mosaic and exhibited worldwide, the ancient piece drew a lot of attention to the area, with its bizarre discovery story–the mosaics were found as construction workers began to upgrade the sewer system in the city. Now, during construction of a visitor section for the first section, more and more ancient treasures are being revealed.

The beautiful mosaic depicts various scenes of hunting and pastoral life, with images of fish, flowers in baskets, vases and birds. The well-preserved floor covers an area of almost 180 square meters and is composed of colored stonework that has been incredibly protected for centuries. The intricate pieces are of high quality, displaying an amazing artistic talent. Archaeologists claim that more of the complex may still lay hidden underneath the busy city streets, and that new discoveries may still come. 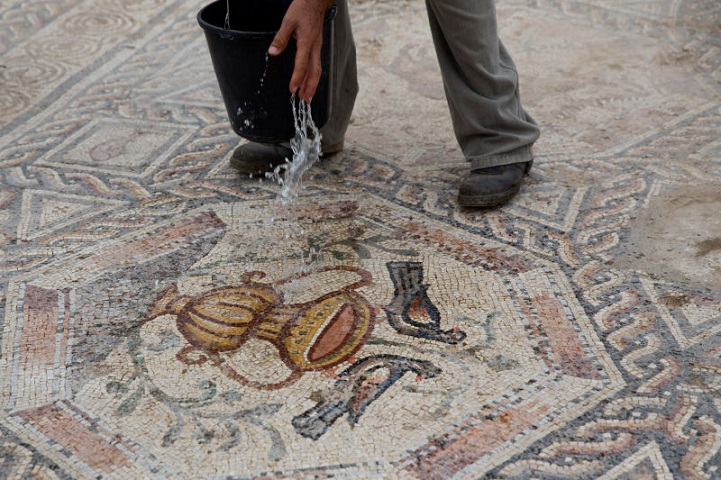