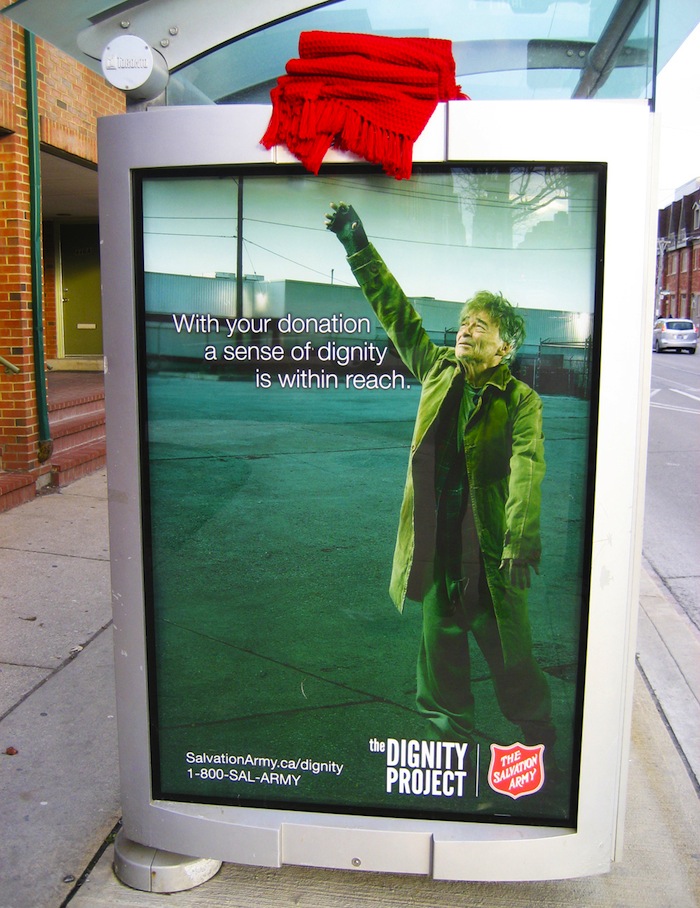 The Salvation Army in Canada recently came out with a powerful set of bus shelter ads with the help of ad agency Grey Canada. The tagline “With your donation, a sense of dignity is within reach” is coupled with a picture of a disadvantaged person reaching out for basic necessities like a blanket, a loaf of bread or baby's milk. By placing these type of food and clothing objects above the ad or, in some cases, in another ad, we can't help but stop what we're doing and think about what we can do to help those in need. 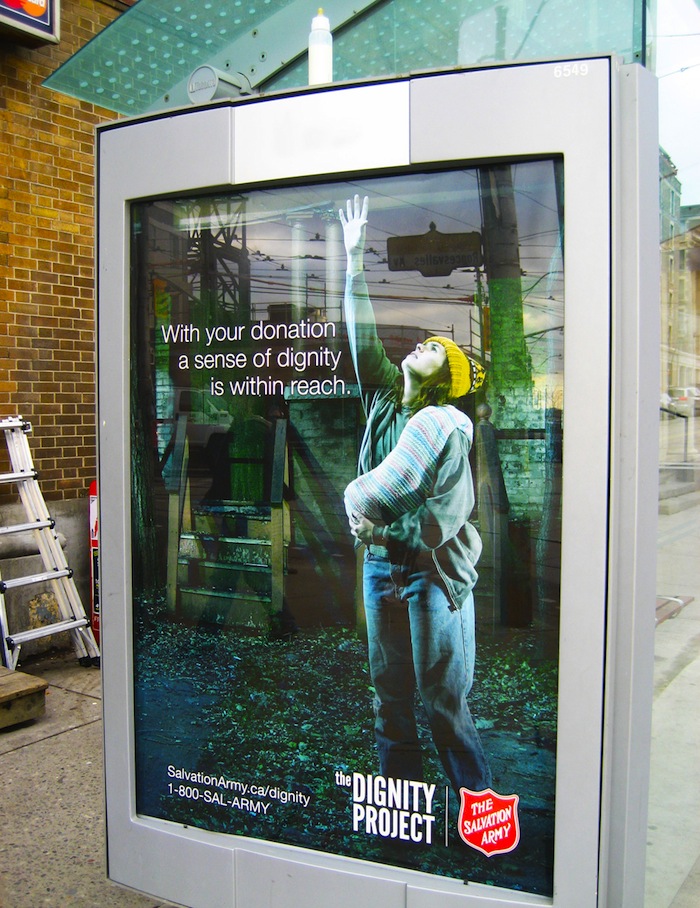 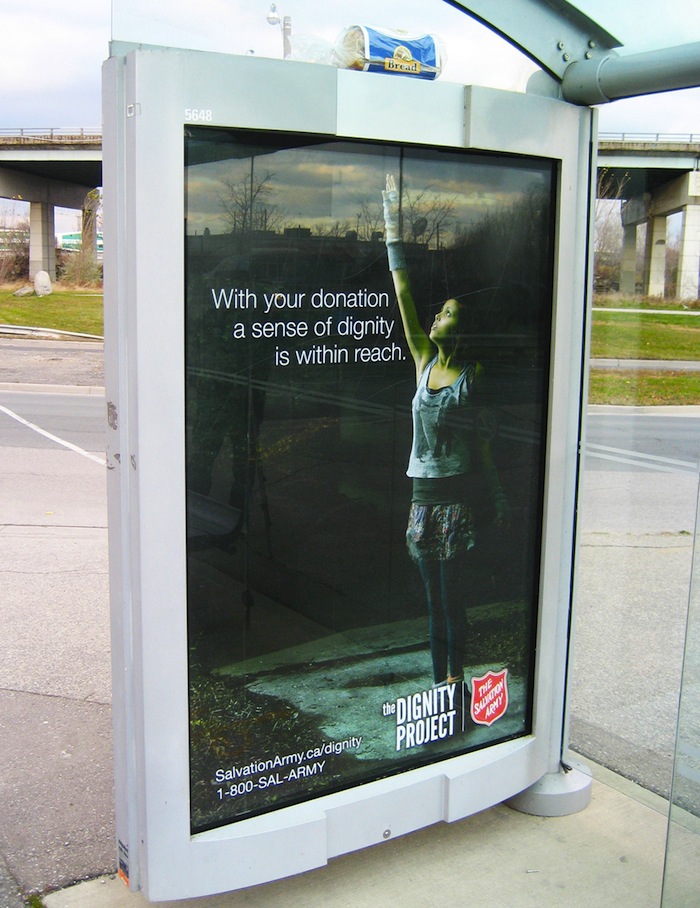 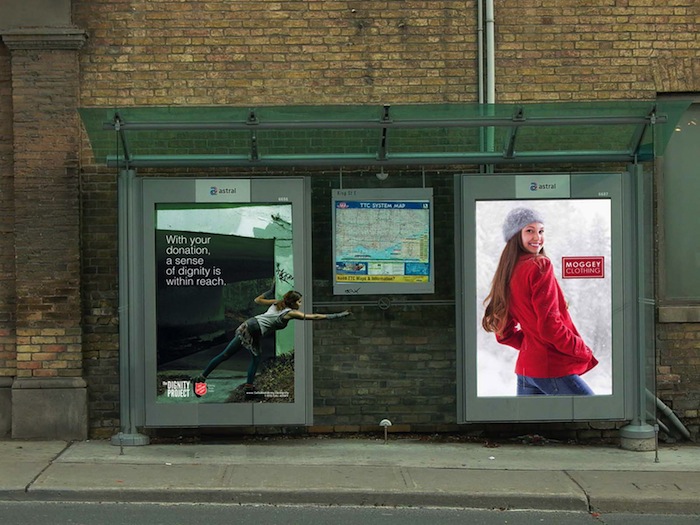 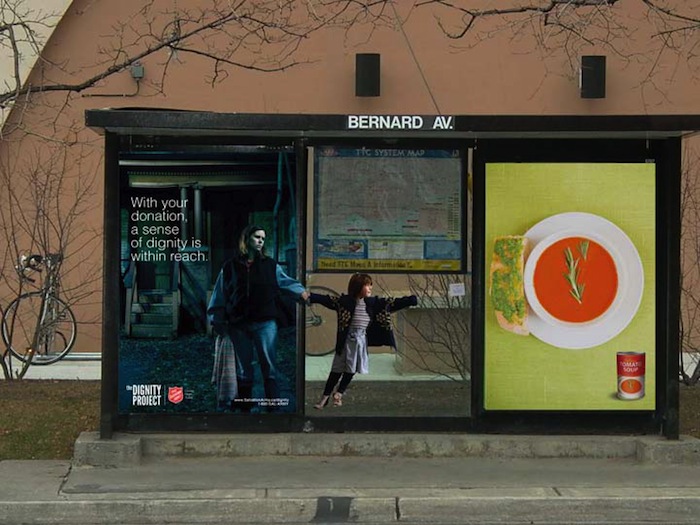 The campaign is called The Dignity Project. Though it will officially launch in February, Salvation Army has started putting out these bus ads and this TV ad to build awareness. The commercial shows frustrated people at an empty supermarket aisle reaching for a few cans of soup on the top shelf. It poignantly demonstrates how difficult it can be to obtain life's most basic necessities. “The Salvation Army believes that human dignity is a fundamental right for all. For most, living without dignity is a remote concept. However, for too many Canadians, the basic necessities of life required for human dignity are out of reach. Poverty is often the root cause, leaving 3 million Canadians without access to everyday resources such as food, clothing and shelter. We have developed The Dignity Project to inspire and educate the public about the challenges facing society's most vulnerable people. We believe that together, we can address the dehumanizing scourge of poverty and injustice. We are asking all Canadians to join The Dignity Project – let's restore hope and dignity. Watch for more information about The Dignity Project in the coming months.” The Dignity Project