Leprechauns like to “chase the rainbow,” but we can do them one better. With a special rock called a rainbow geode, any mere mortal can now hold the dazzling combination of colors in the palm of their hand. The cluster of crystals catch streams of light and radiate the sparkling hues, as if they were possessed by the magic of a unicorn.

While many types of crystals boast naturally-occurring hues, that's not the case with a rainbow geode. To achieve this brilliant effect, humans have to intervene with a process called metal coating; it involves natural crystals that have their surface covered with finely ground metal—such as titanium—to give them the iridescent sheen. The process is much quicker than the millions of years needed to form a geode. It only takes a few hours in a super hot vacuum chamber to fuse the metals to the crystal’s surface.

If you want to catch the rainbow, Etsy shops such as Far Arden Essentials have these types of striking crystals for sale.

The rainbow geode is a dazzling sight. 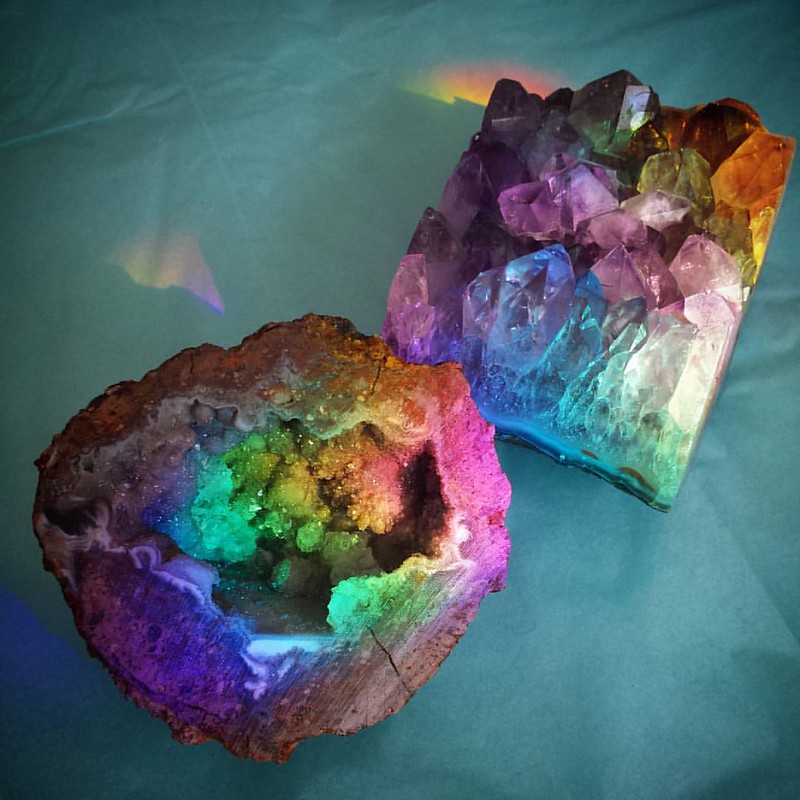 Its crystals are naturally occurring, but the rainbow hue is from a process called metal coating…

… in which crystals are covered in finely ground metal and placed in a hot vacuum chamber to fuse to its surface. 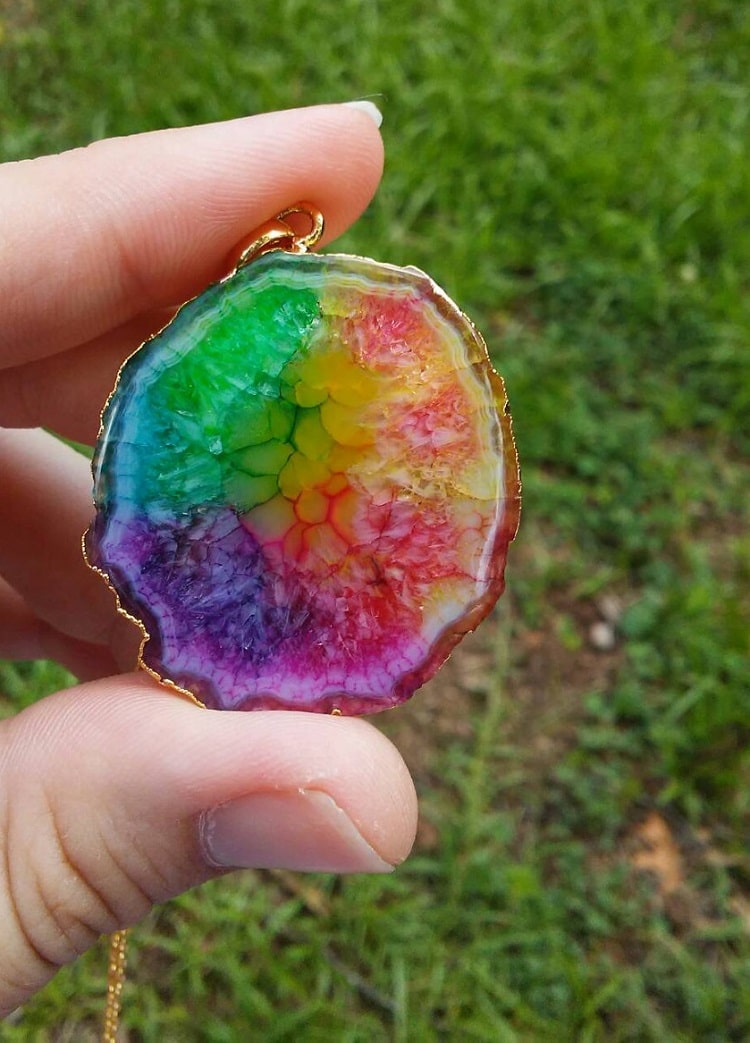 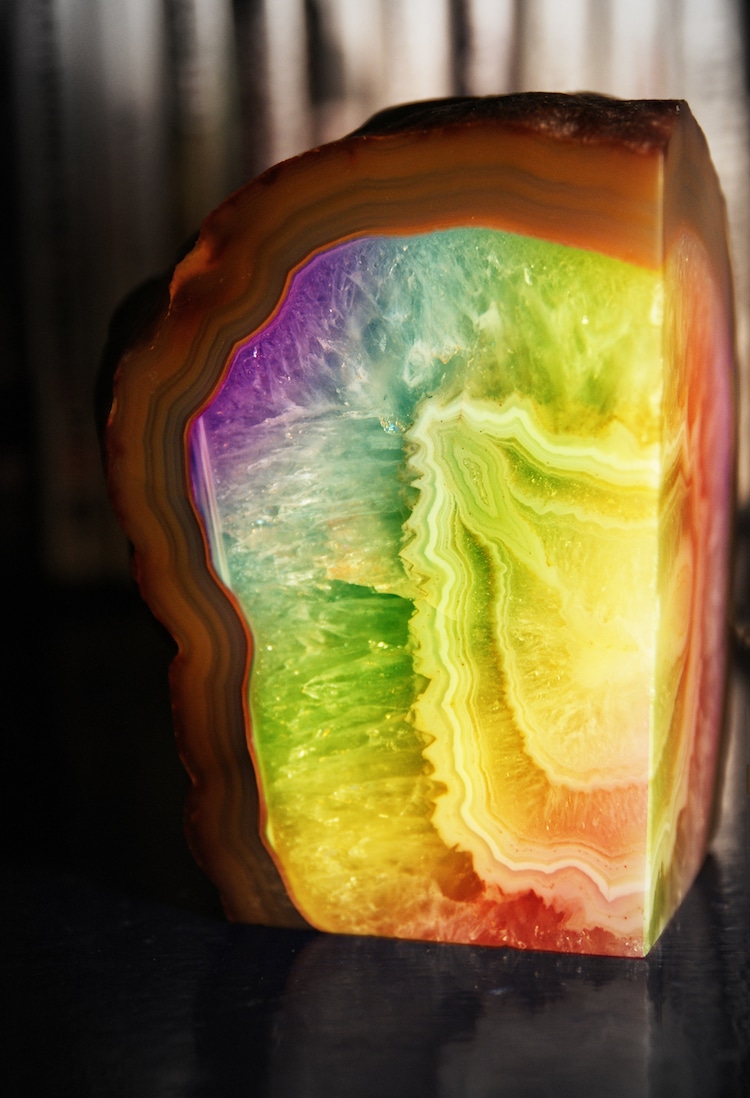 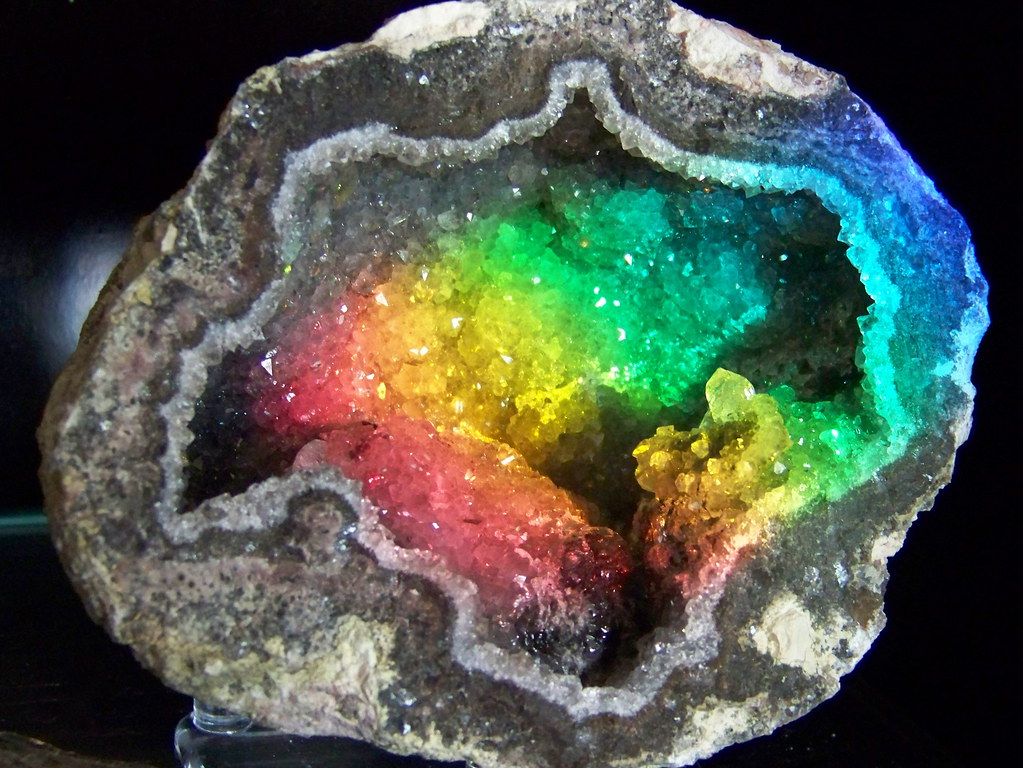 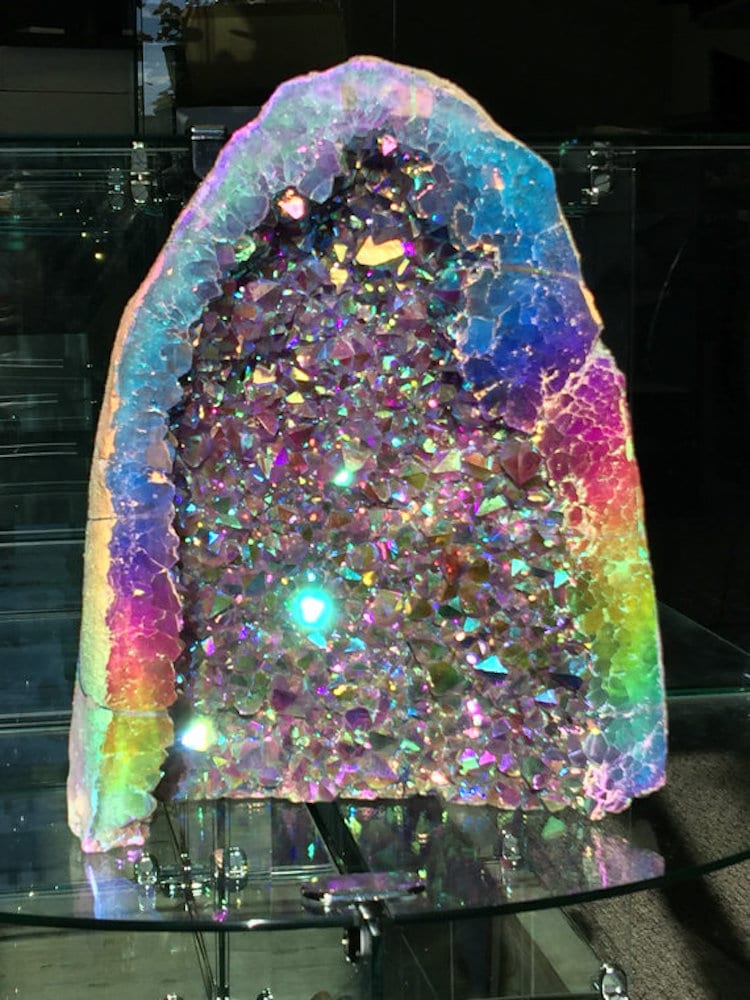 Brilliant Gemstone Resembles a Prismatic Universe Bursting Out of Wood

The Incredible Beauty and Colorful Diversity of Agate