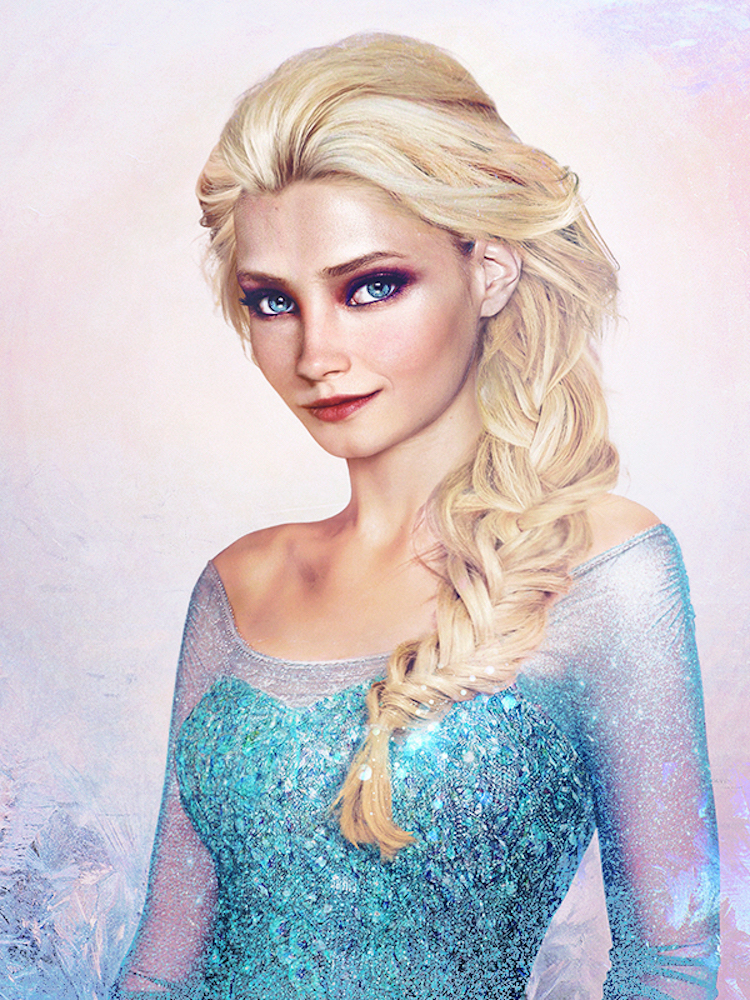 Many of us have grown up loving Disney animated films. They are classics in our eyes, and we’ve come to know the characters so well that they feel real to us. Since 2011, artist Jirka Väätäinen has made this fantasy a reality by recreating Disney characters so that they actually look like real people. Gone are their stylized features; Väätäinen’s faithful renderings have characteristics like windswept hair, beard stubble, and freckles. These small details are what help bring these iconic figures to life.

Väätäinen is formally trained as a graphic designer who started creating real life Disney characters on a whim. He began by exploring what Ursula from The Little Mermaid would look like, and the endeavor has grown from there. The ongoing project is fueled by his sense of nostalgia for these stories. “I’ve been inspired by the idea of re-envisioning these characters that we all know and love, in a way I would imagine them to look like if they were ‘more real,'” he explains to My Modern Met, “while still staying somewhat true to their original character designs.”

We had the chance to speak with Väätäinen about his seven-year project, including what his artistic process is like. Scroll down to read our exclusive interview. 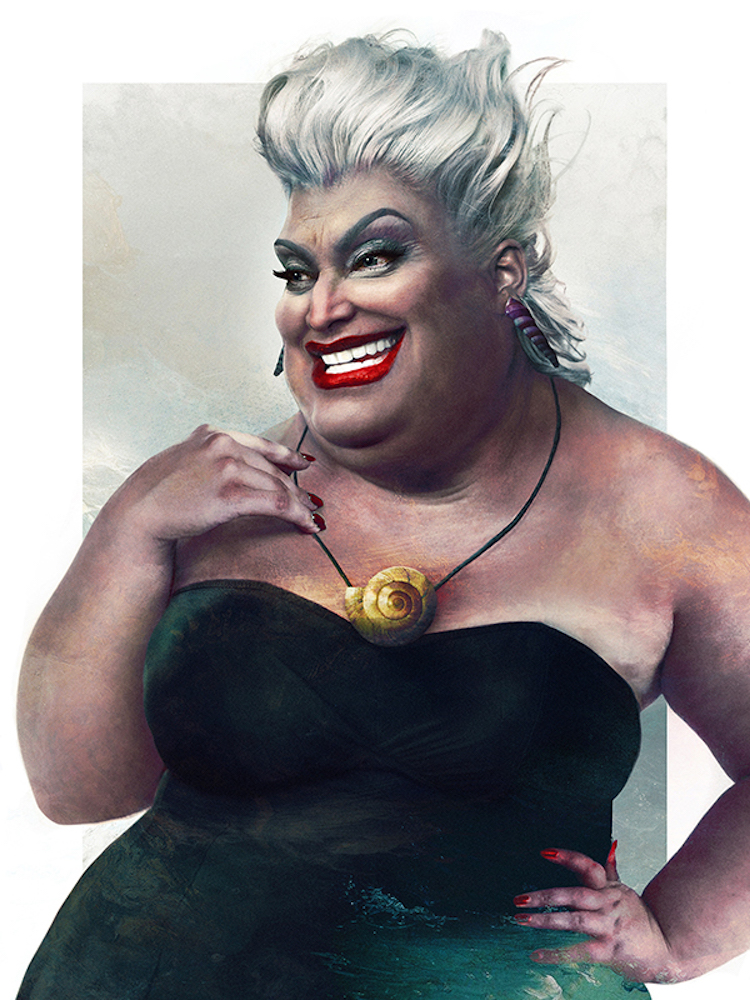 Ursula from “The Little Mermaid”

What initially inspired you to begin this ongoing endeavor?

One day, back in 2011, I just randomly thought I’d challenge myself and have a little fun in Photoshop and explore what the character of Ursula from The Little Mermaid could look like in real life. Since I grew up with a lot of these characters, the sense of nostalgia made it such a fascinating and a fun personal project to explore.

Starting out, I did not expect people to see these, nor did I know I would still be continuing the series after seven years. I have also always been interested in character design, as well as the way people look and what makes them unique in their appearances. I’ve been inspired by the idea of re-envisioning these characters that we all know and love, in a way I would imagine them to look like if they were “more real,” while still staying somewhat true to their original character designs. 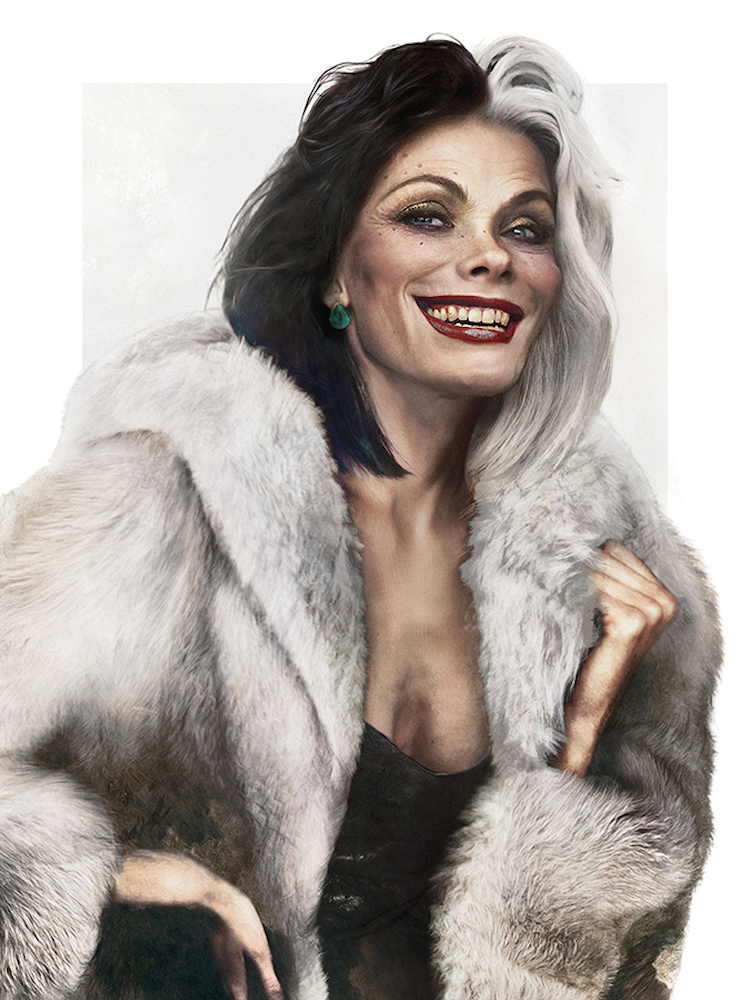 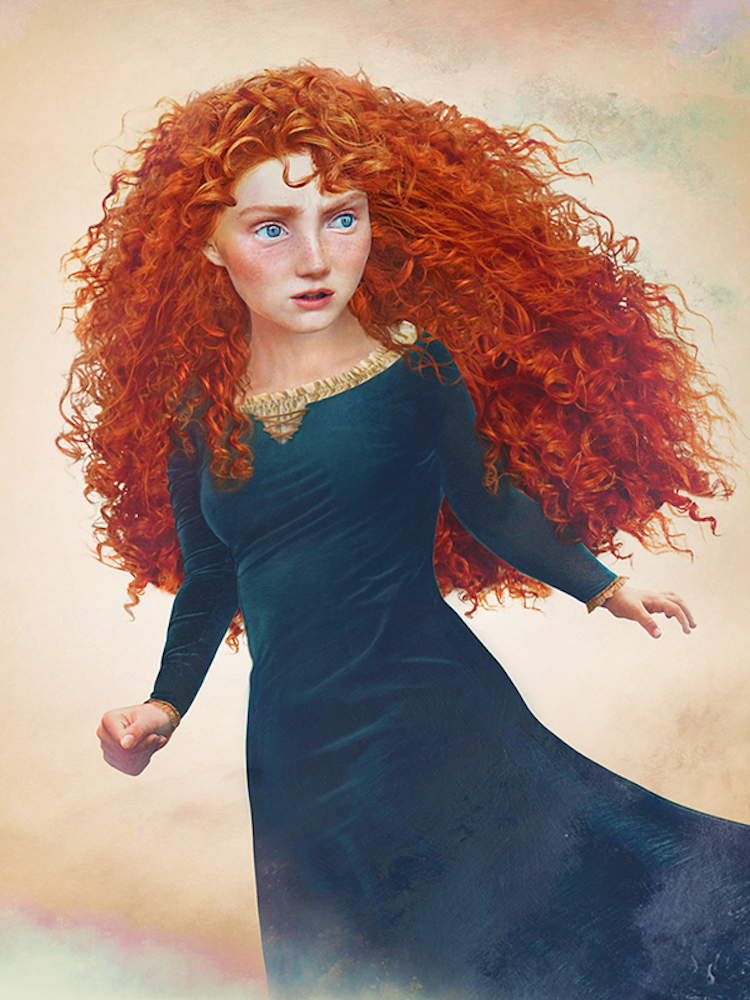 Have you always been a fan of Disney? What draws you to these stories?

Yes, I grew up with the classic Disney films, and those are the Disney films I still like the best. I give a lot of credit to nostalgia. I do still enjoy the latest Disney films too and the lighthearted mix of fun, romance, and adventure. 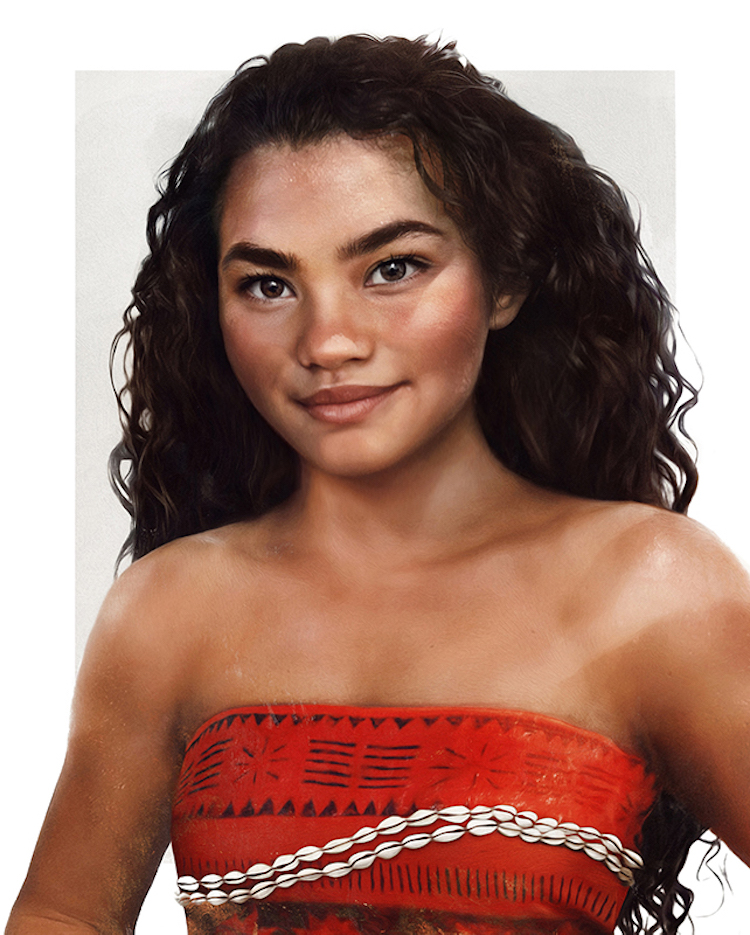 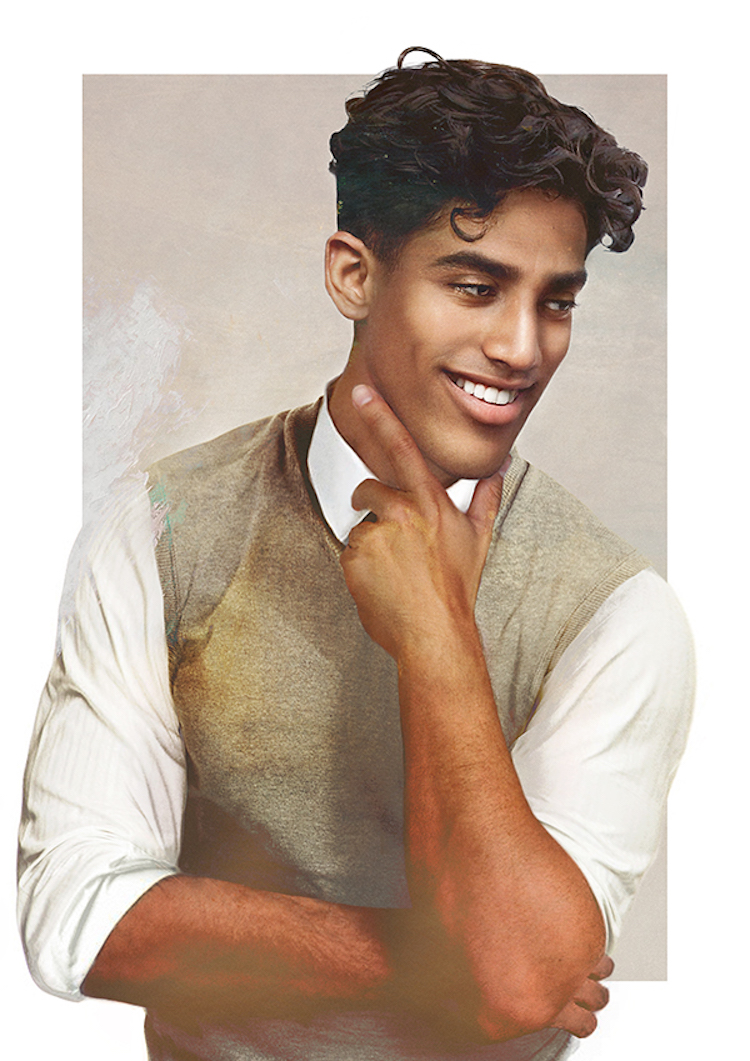 Prince Naveen from “The Princess and the Frog”

What is your process for creating one of these portraits? What tools and programs do you use?

The technique behind these is mixed, but it is all digital work done only using Photoshop—it is mostly photo compositing, photo manipulation, and digital painting. I combine, manipulate, and blend together elements, textures, and features from dozens and dozens of real-life photos to come up with my vision of the character I am working on. So I basically use image sources as both my inspiration and my color palette. All of this photo compositing and manipulation is brought together by doing the digital painting by hand. 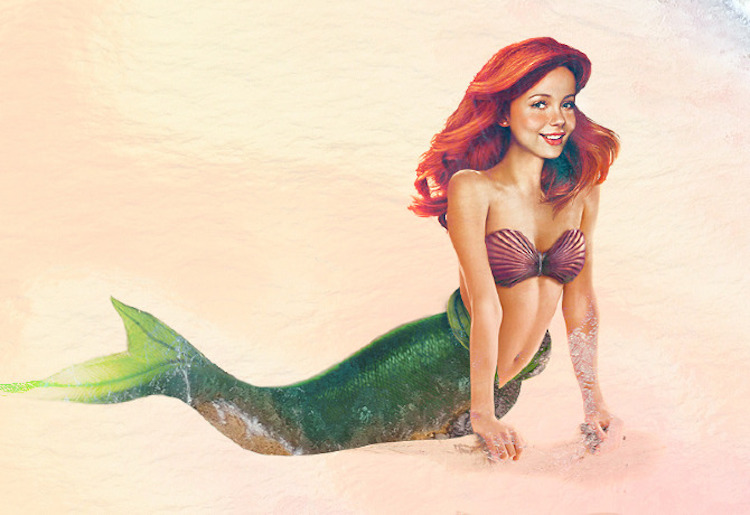 Ariel from “The Little Mermaid” 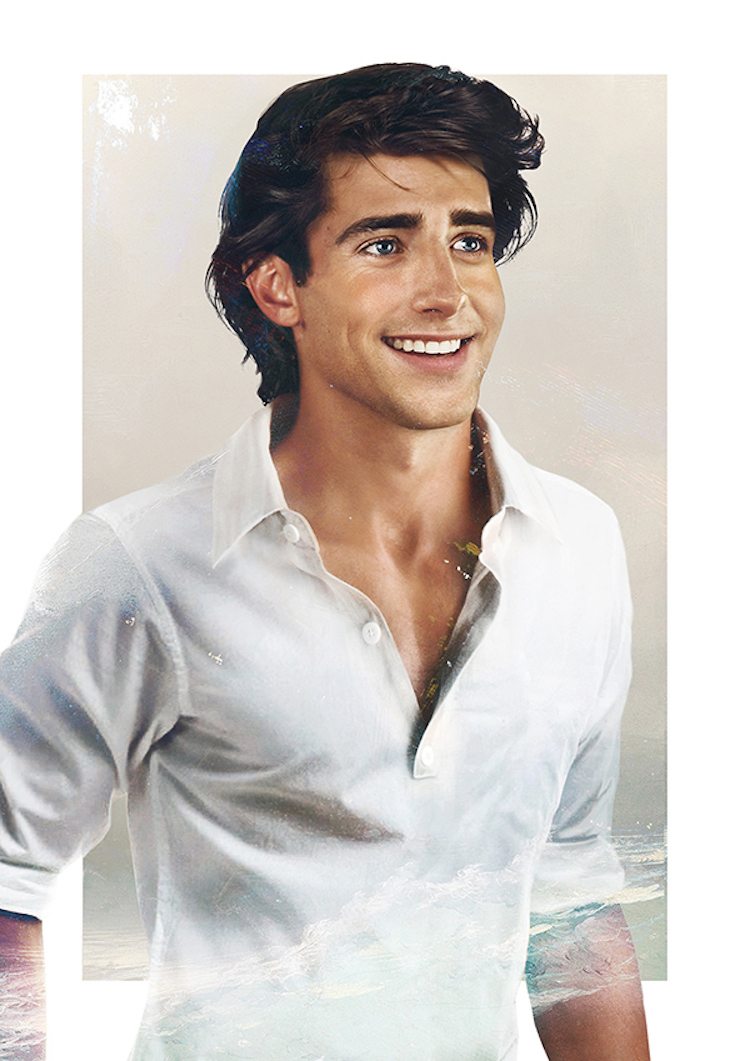 Prince Eric from “The Little Mermaid”

You’ve gotten a great response over the years for your work. Is there one character that has resonated with people more than others?

People seem to respond pretty well to my Prince Eric.

Why do you think that is?

A lot of people tend to think he is the dreamiest Disney prince, and I’d like to believe I’ve done him justice. The Little Mermaid is my favorite Disney film, the one that I feel most nostalgic about, so I’ve also put the most heart into creating the characters from that film. My second take on Ariel has also resonated with people very well. 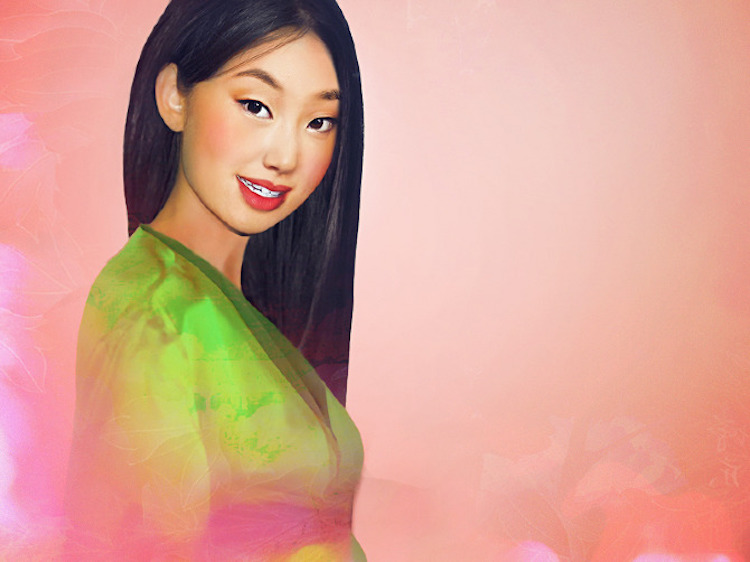 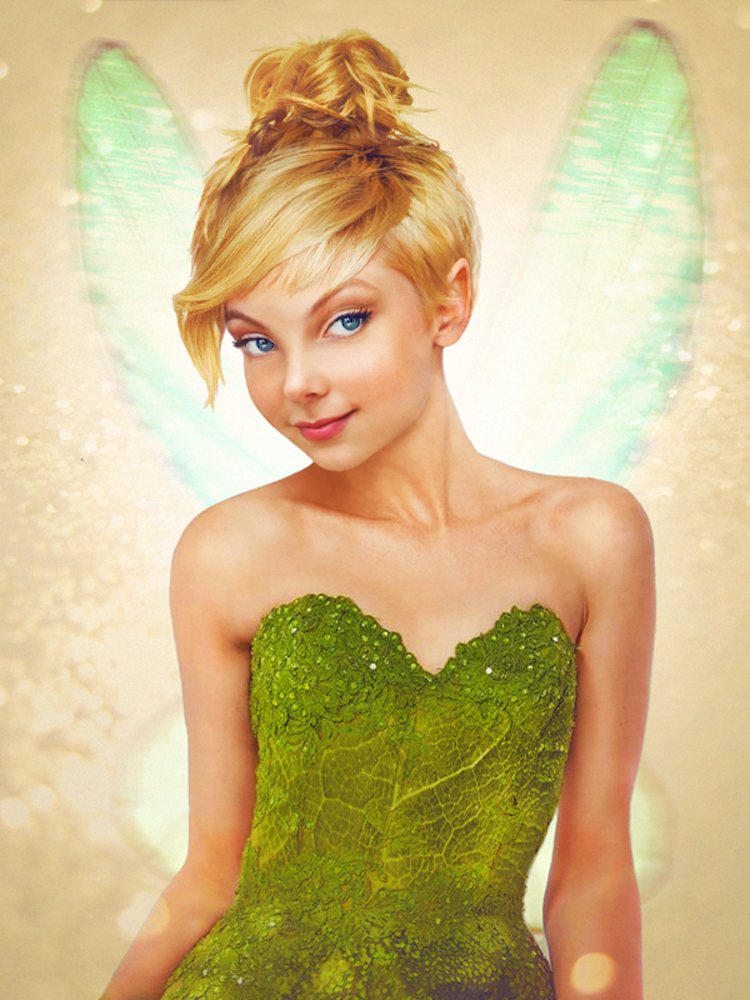 How has illustrating Disney shaped your creative journey?

As it purely started as a personal project, it has been a nice little way of entertaining myself and putting my creative juices and skills to test—something that I’ve been able to enjoy on the side of other work that might be purely professional.

It has also brought a lot of attention to my work, and in that way benefited my creative career, as I do believe opportunities have risen from that exposure. 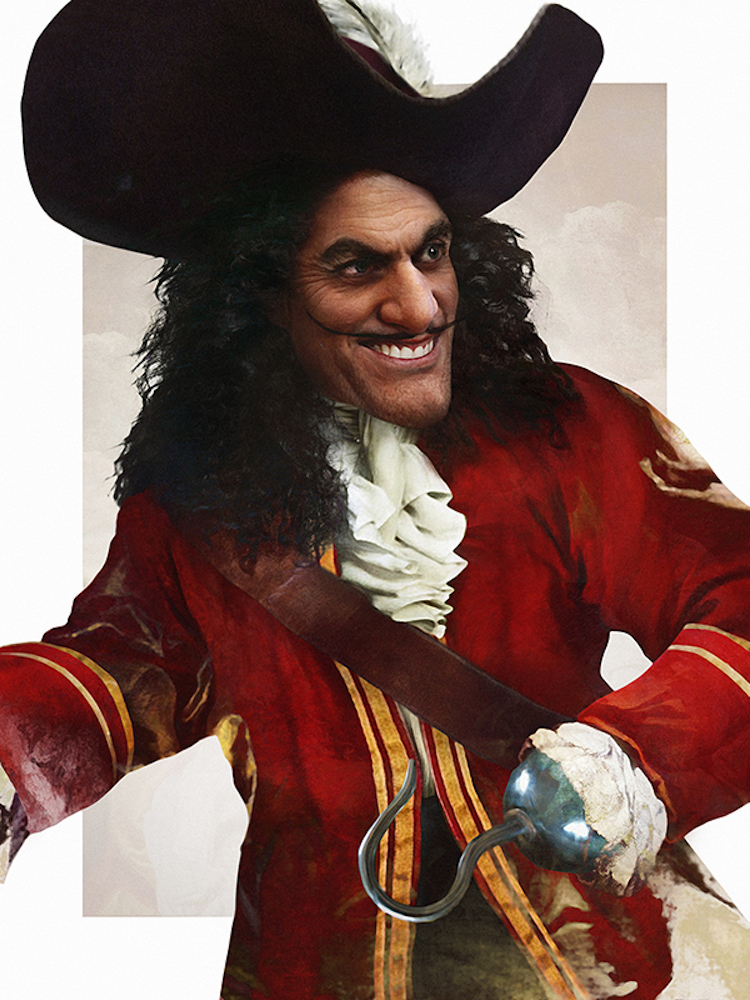 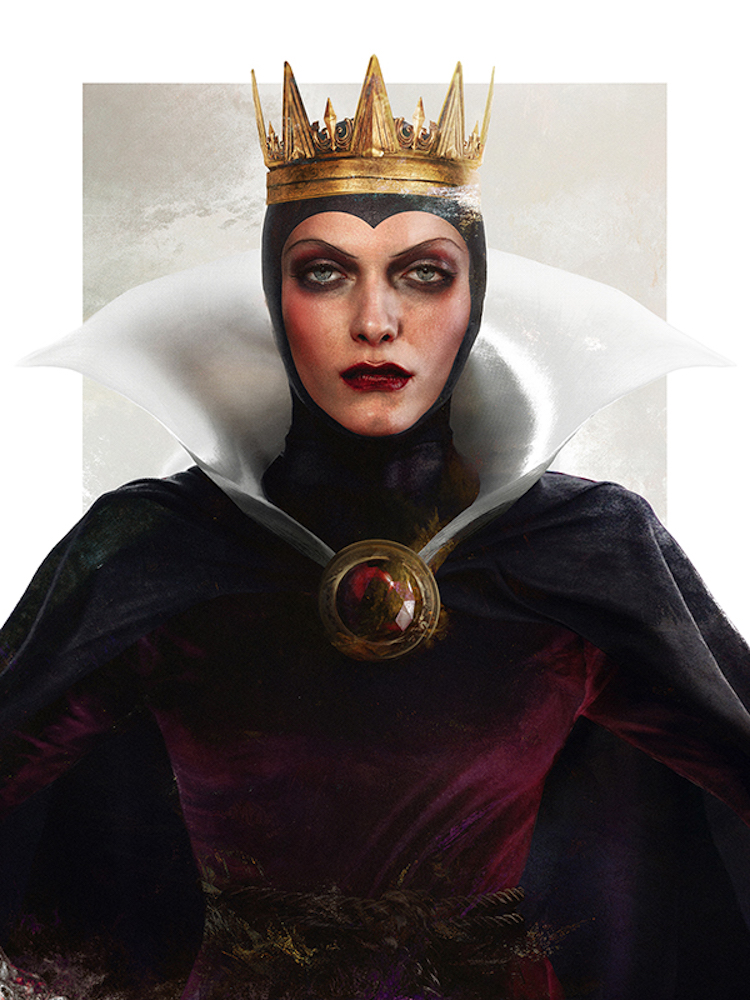 Evil Queen from “Snow White and the Seven Dwarfs”

What’s the next portrait you’re planning on producing?

It’s been over a year now since I’ve been working on Ariel’s father Triton. I still haven’t quite gotten him right, but I promise I will be done with him one day. Let’s see if I can even flesh out a few other Disney dads to go with him. 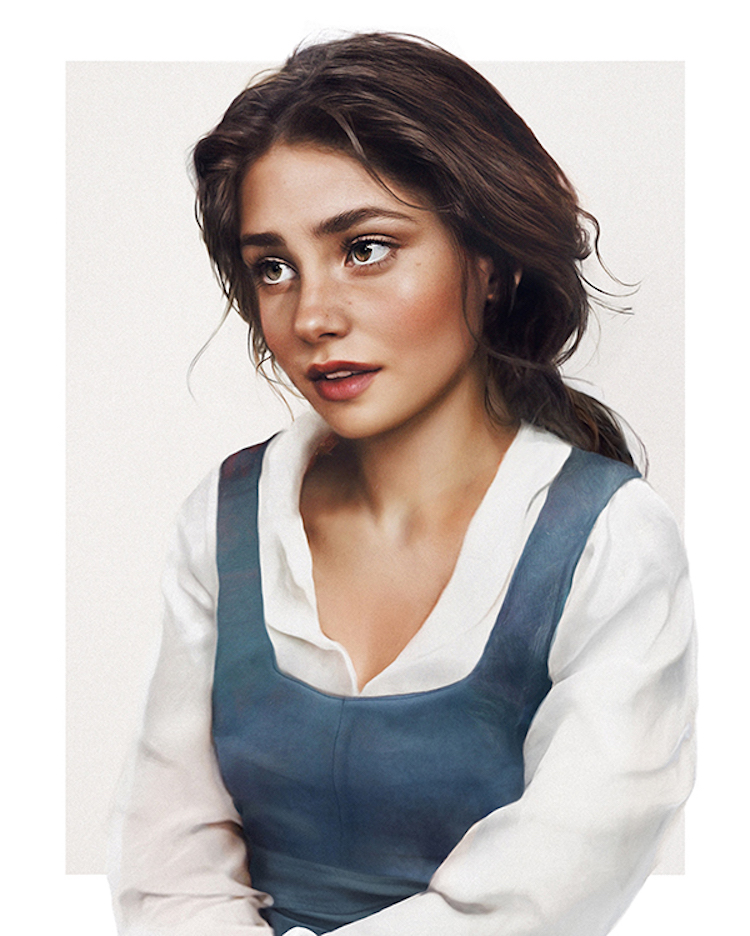 Belle from “Beauty and the Beast”

RIP Kobe Bryant: How Devastated Fans Are Responding to the Loss With Art 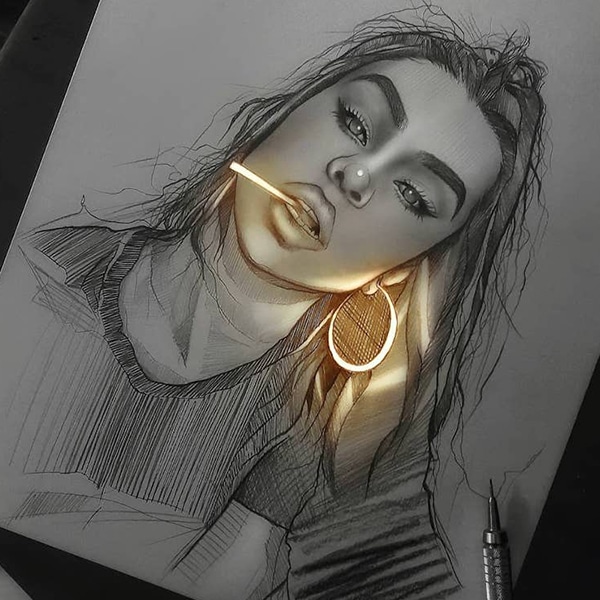 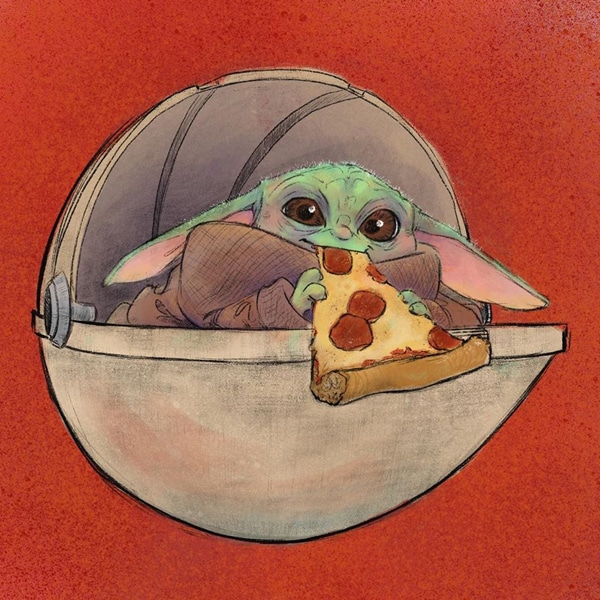 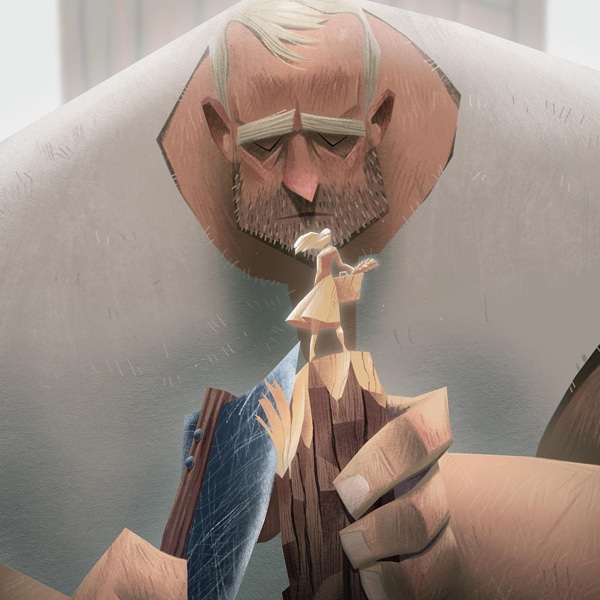