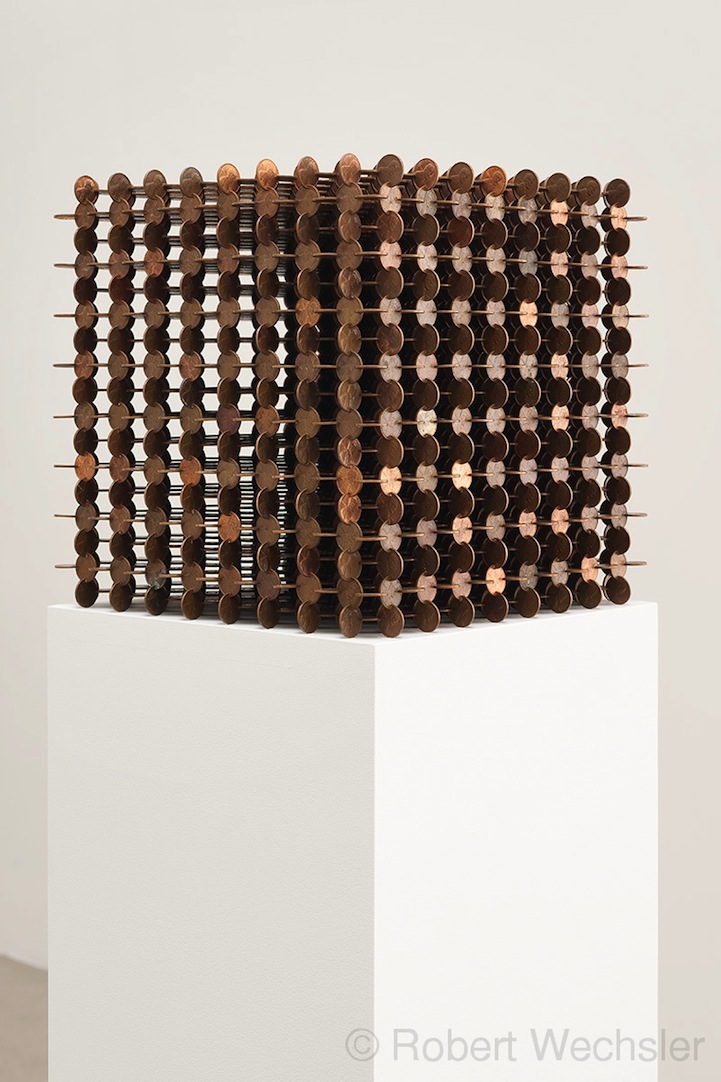 Artist Robert Wechsler has assembled thousands of pennies into three meticulously crafted cubes, ranging in size from 5.75 inches to 21 inches. The sculptural pieces known as The Mendicant hold anywhere from 540 coins to 26,982, dependent on their size. These numbers are, of course, only a fraction of the billions of pennies out there in the world today. In terms of American currency, there is nothing more common than the penny. There is an abundance of the one-cent coin in circulation, yet its true value is overlooked. It is, as Wechsler says, “an extraordinarily rich artifact” and “a symbol of American culture.”

Taking the rich background and elemental makeup of the penny into consideration, the artist has chosen his medium carefully for each of the three pieces in the series. The largest of the trio of cubes includes a mix of pennies from as far back as 1959 up until 2008. The medium-sized box is composed of pennies between the years 1959 and 1982, before the primary components of the coins shifted from being 95% copper to a mere 0.8% copper. Finally, the smallest cube in the series is composed of pennies that have been corroded from water and chemical exposure in wishing wells.

The Mendicant series, whose title is defined as “a term for one who has no possessions, is supported by the goodwill of others, and relies exclusively on charity to survive”, is currently on display as part of a group exhibition titled Perfect at the Internation Art Objects Galleries in Culver City through December 15, 2012. 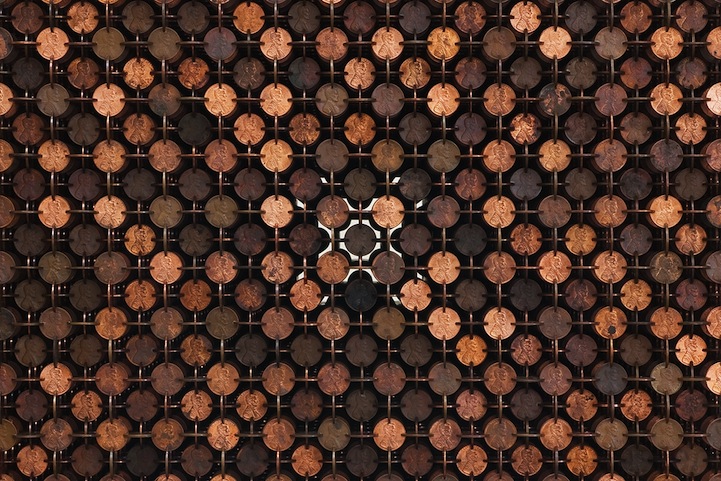 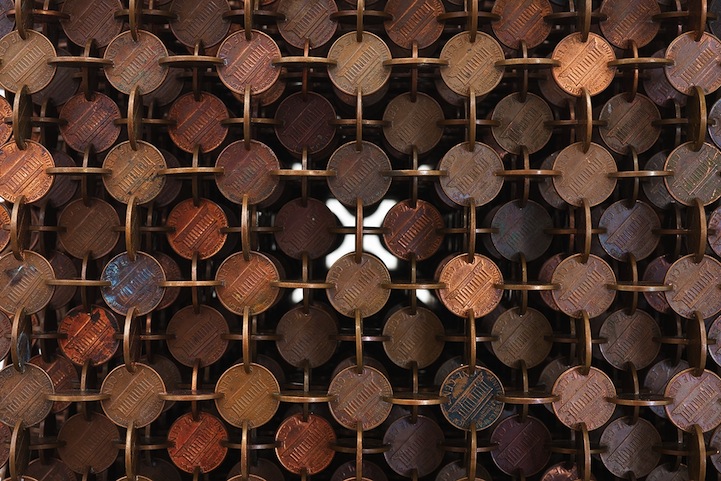 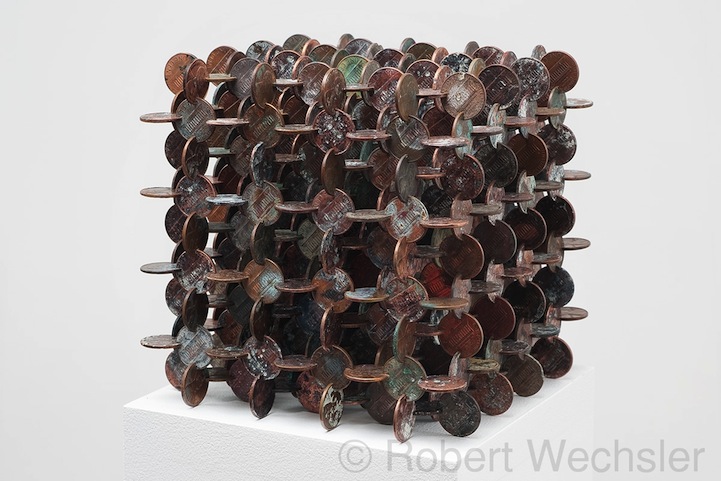 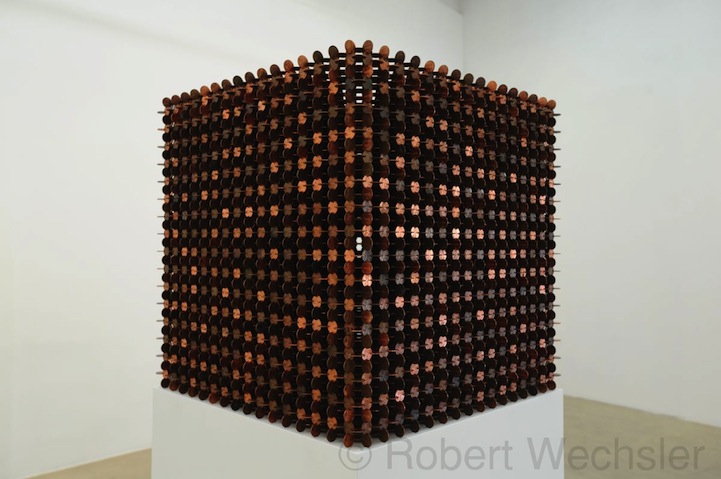 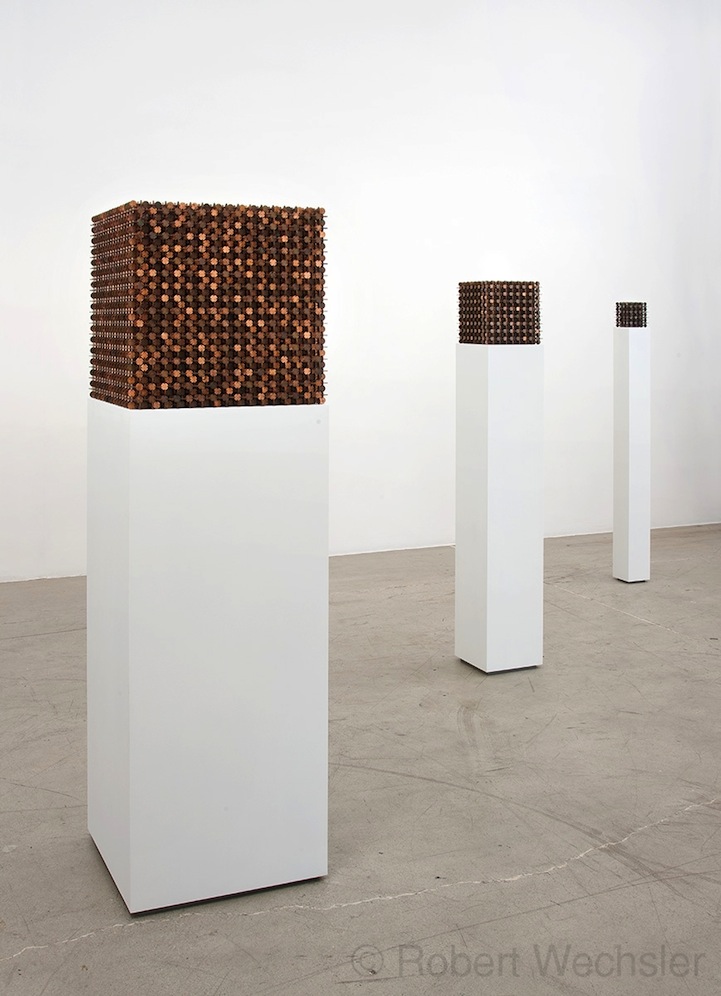 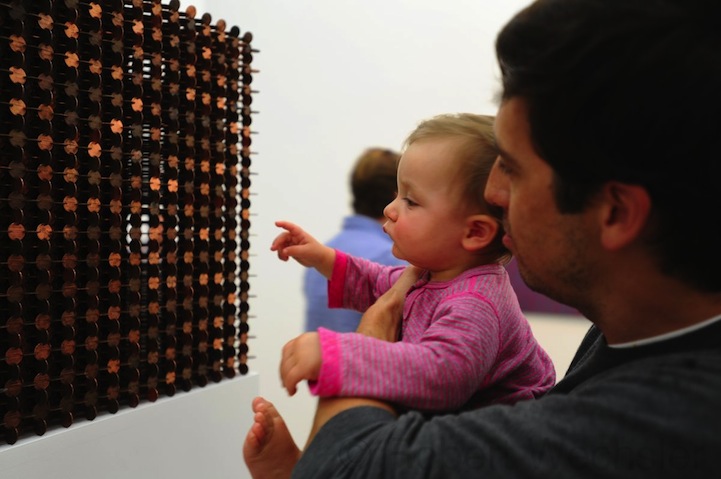