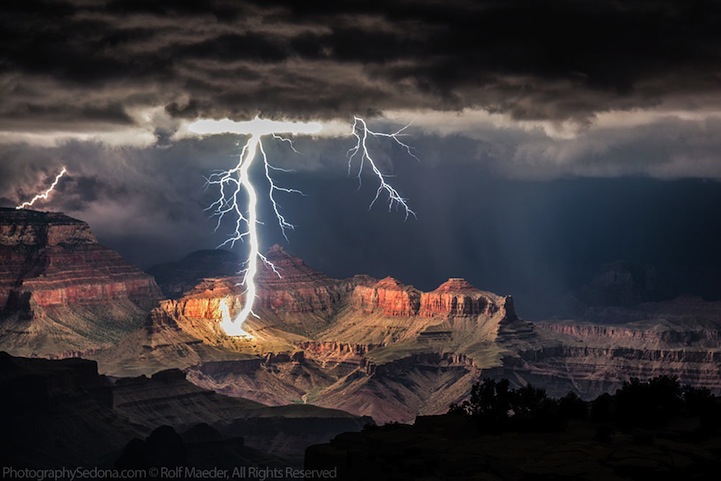 The Grand Canyon inspires many people to photograph its grandiose scale and scenic landscape, but Sedona-based photographer Rolf Maeder has managed to capture a sight less seen–the Grand Canyon being hit by a spectacular thunderstorm. Being drawn to nature, Maeder originally moved to Sedona 13 years ago and left behind his past as a musician in Switzerland. Now, he set out on an adventure to catch a beautiful sunset but was met with something far more eye-catching.

Maeder tells us, “I went to the Grand Canyon with my photographer friends Scott Stulberg and Holly Kehrt. From Sedona, where we live, it is a 2 hour drive, and to catch a beautiful sunset is in good reach. The sunset was disappointing in the view of photographers, but soon we noticed that a thunderstorm was appearing from the east. This was fantastic news! We placed our tripods and prepared ourselves to get some lightning shots at night. The storm slowly approached close enough to get those fantastic shots and far enough to feel safe and enjoy the spectacle!”

One of the photographer's breathtaking shots of the thunderstorm is currently available to purchase through his website, but stay tuned as the others are set to be available sometime in mid-October. In the meantime, you can sign up for Maeder's PIC OF THE MONTH on his blog to get a monthly update of his work and to receive a monthly desktop background. 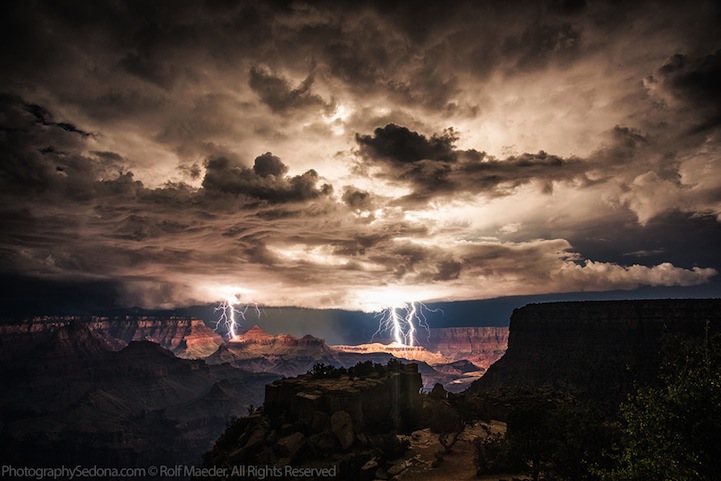 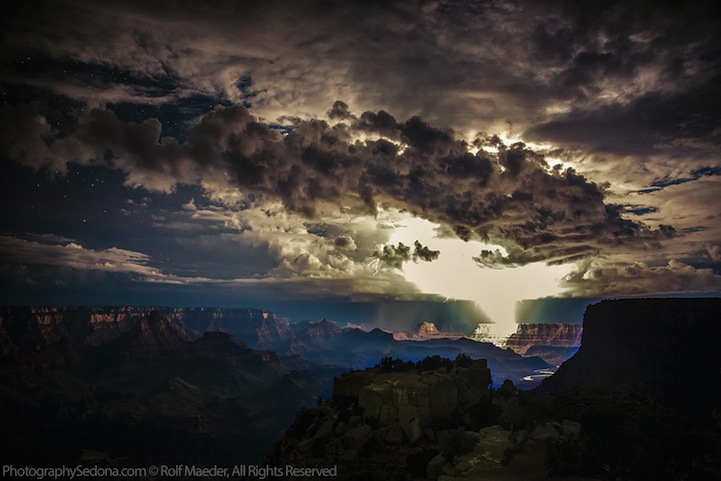 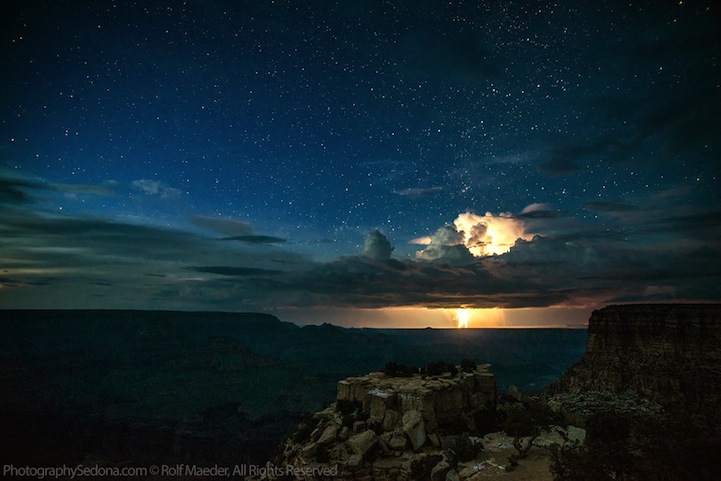